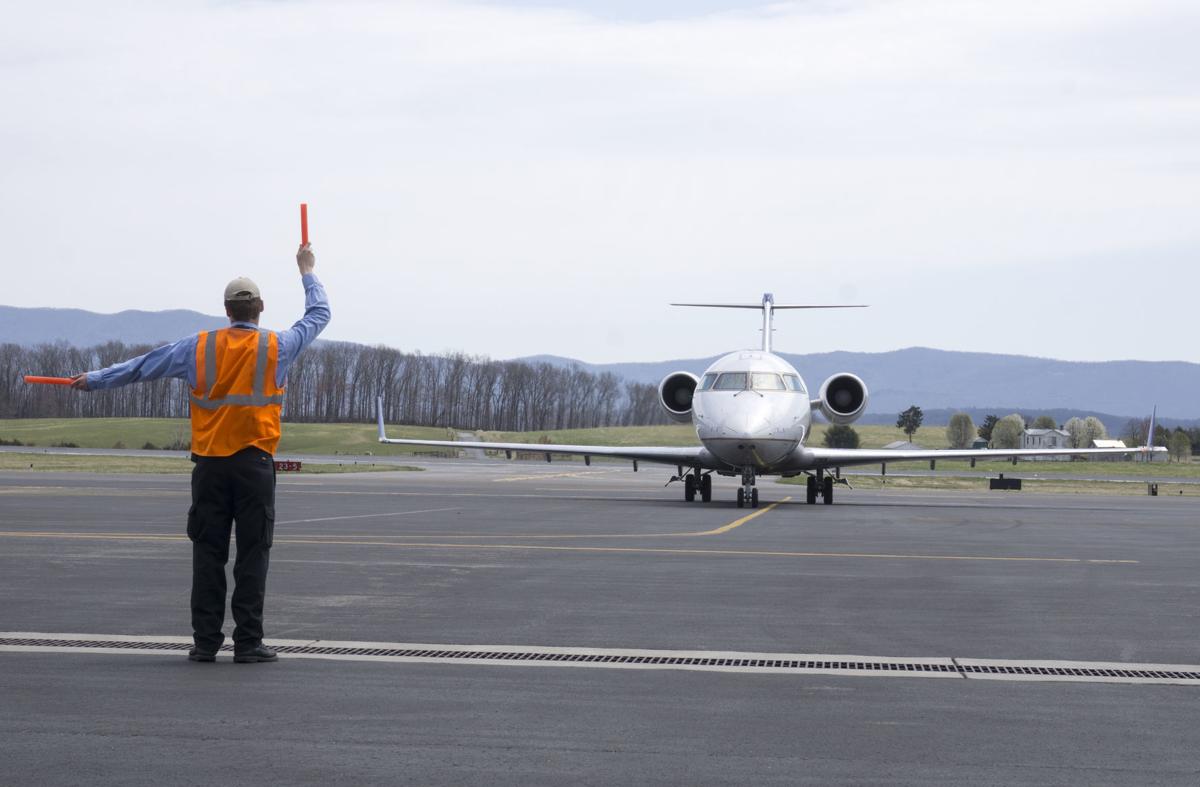 An airport official directs a SkyWest airliner to the drop-off point at Shenandoah Valley Regional Airport shortly after landing from a flight from Dulles International in April. 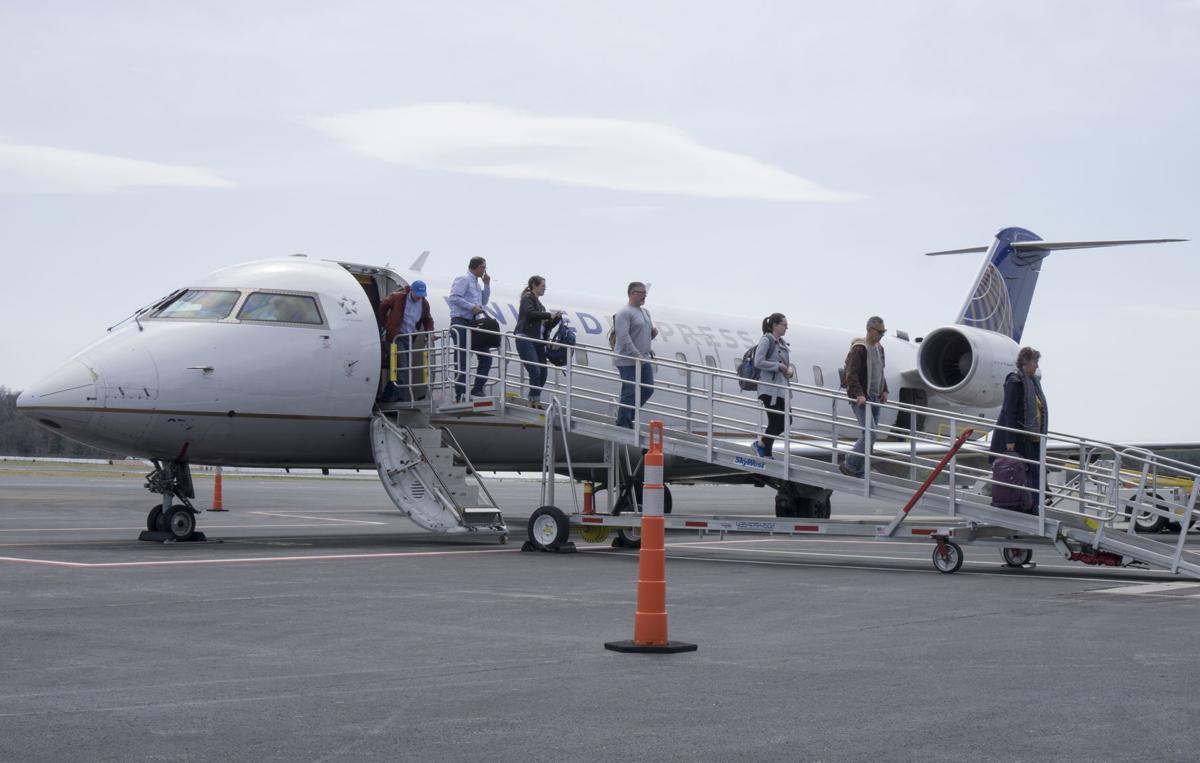 Passengers depart from a SkyWest airliner on the afternoon of April 4. The aircraft had just finished a flight from Dulles International and then flew non-stop to Chicago.

An airport official directs a SkyWest airliner to the drop-off point at Shenandoah Valley Regional Airport shortly after landing from a flight from Dulles International in April.

Passengers depart from a SkyWest airliner on the afternoon of April 4. The aircraft had just finished a flight from Dulles International and then flew non-stop to Chicago.

HARRISONBURG — This week marks one year since the Shenandoah Valley Regional Airport partnered with SkyWest Airlines and officials have seen some of the best business in two decades.

SkyWest “has exceeded our expectations in their performance and the reception in the community has been positive,” said Greg Campbell, the executive director of SVRA.

After one year full year of SkyWest operations, SVRA in Weyers Cave has seen a passenger traffic increase of 260% overall to a total of 29,001 passengers.

In the past, SVRA has worked with Silver Airways and Via Airlines, both of which proved unreliable, according to airport officials in past interviews with the Daily News-Record. Via Airlines’ two-year contract was terminated after 17 months.

As soon as SkyWest began service, SVRA started to see passengers return to the airport in droves, Campbell said.

In March, SkyWest’s services brought 2,730 passengers through SVRA, more than nine times the number Via brought in a year earlier.

With nine months of SkyWest operations from April to December, 2018 brought 23,838 passengers in total through SVRA. The passenger count exceeded pre-9/11, single airline traffic levels, with SVRA having a passenger count of 23,512 in 2000.

The 9/11 terror attacks led to a “sharp decrease for demand in air travel, which led to hardship for the airlines,” Ream said. The companies consolidated service and this negatively impacted smaller communities air services, she said.

SkyWest is the first carrier to bring passenger numbers at SVRA above pre-9/11 levels, Ream said.

SkyWest is also linked to United, making booking flights and transfers simpler than with past carriers, Campbell said.

This increase amounted to 55%, bringing the passenger traffic to 3,362 passengers, which broke a 20-year record for the airport.

Parking at SVRA is free and contributes to the convenience factor SVRA offers to customers, Campbell said.

The airport commission serves to guide the business of the airport and has representatives from the counties of Rockingham and Augusta and the cities of Harrisonburg, Staunton and Waynesboro.

“The folks I spoke to in the community who have used it are very happy with it,” he said.

The airport is a big contributor to the local economy by providing a connecting point for local business and education to the rest of the country, Heatwole said.

SkyWest receives an up to $2.9 million subsidy to operate from SVRA under the Essential Air Service program. The program is also the basis for the two-year contracts air carriers sign with the airport.

The subsidy is paid for by fees added on to ticket prices.

Passenger traffic “generates more revenue and reduces the need for subsidy moving forward,” Campbell said. “That’s always been our goal — get it to where it’s self sustaining.”

SkyWest also feels positively about the relationship between the carrier and the airport.

“We are pleased with the community’s response to the first year of United Express service operated by SkyWest at Shenandoah Valley Regional Airport,” said Layne Watson, a SkyWest Airlines spokesperson in an email. “Demand remains strong and we look forward to continuing to offer reliable service to Shenandoah travelers.”