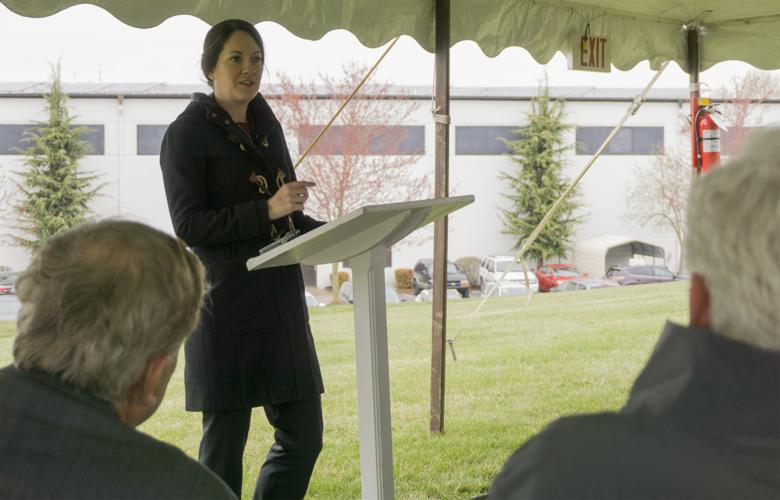 Angela Navarro, Virginia deputy secretary of commerce and trade, speaks to the crowd outside one of the InterChange buildings that has been equipped with solar panels on Tuesday morning. 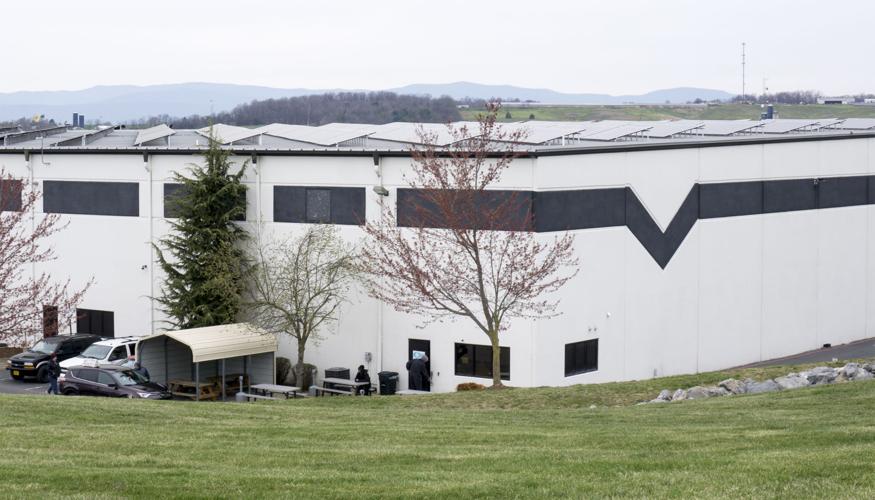 Angela Navarro, Virginia deputy secretary of commerce and trade, speaks to the crowd outside one of the InterChange buildings that has been equipped with solar panels on Tuesday morning.

MOUNT CRAWFORD — The InterChange Group formally unveiled its $3 million solar array systems that pepper the rooftops of four facilities across the Valley on Tuesday.

The system is the largest of its kind at any Virginia logistics firm and is the culmination of two years of work.

The speakers for the unveiling were Devon Anders, president of InterChange Group; Anthony Smith, the CEO of Secure Futures Solar; Ricardo Colón, the director of business programs for the U.S. Department of Agriculture’s Office of Rural Development; state Sen. Emmett Hanger, R-Mount Solon; and Angela Navarro, the state deputy secretary of commerce and trade.

“I’m excited that this innovation is here, and certainly as we look to where the future lies, there will be a lot lot more deployment of solar,” Hanger said.

The rooftops of the InterChange facilities were conducive to solar panels, said Erik Curren, the chief marketing and business development officer for Secure Futures.

“They are in fact ideal for a solar installation,” he said.

The panels will produce the same amount of electricity used by an average of 160 homes, 1.6 megawatts, and will offset InterChange's electric power consumption by 45 percent.

Not only do the panels demonstrate to customers InterChange's “commitment to clean energy,” Curren said, but they also provide shade to the facilities.

“The idea is that this could reduce the temperature in the building and thus reduce the need to provide energy to cool inside the building,” he said.

Tax credits utilized by InterChange help to get a bulk of the cash investment back quickly, he said.

“What we’re seeing is the economics of some of the larger solar facilities and these distributed rooftop facilities are becoming much more promising,” she said.

And as industry grows, so do employment opportunities within green energy production. Last year saw an increase of 10 percent of solar jobs, which was mirrored in 2017, Navarro said.

The number of jobs in the solar industry is starting to outnumber the jobs of entrenched markets, such as grocery stores.

“For all the grocery stores in Virginia and all their jobs, there’s now more [jobs] in clean energy and energy efficiency,” Curren said.

InterChange is in the process of expanding its business by building a new facility, which may also be equipped with a solar array.

“We are absolutely looking at solar at that one as well,” Longenecker said.

What a ridiculous waste of tax payer funds. USDA provided 600,000 along with other grants and tax credits. Were they free? I can't blame Interchange. If the government is going to be that stupid, take advantage of it.