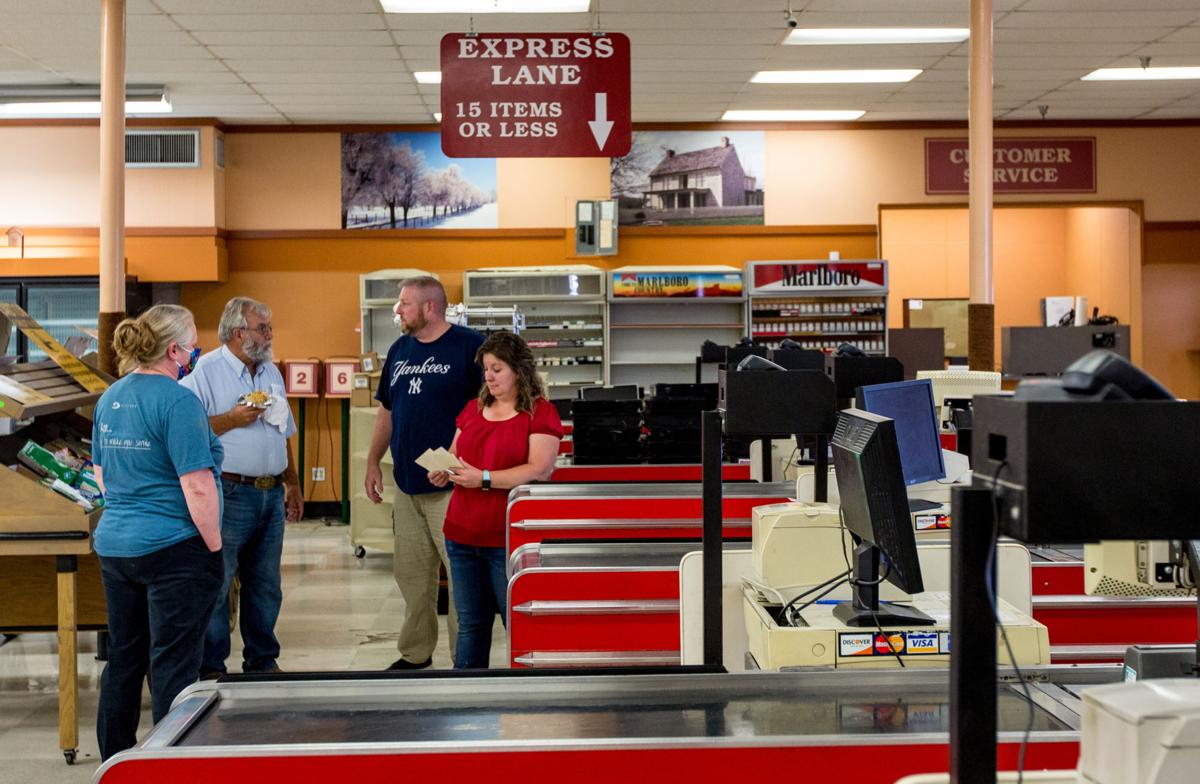 Members of the Bowman Auctions team and customers discuss details regarding today’s auction at Red Front Supermarket on Friday. 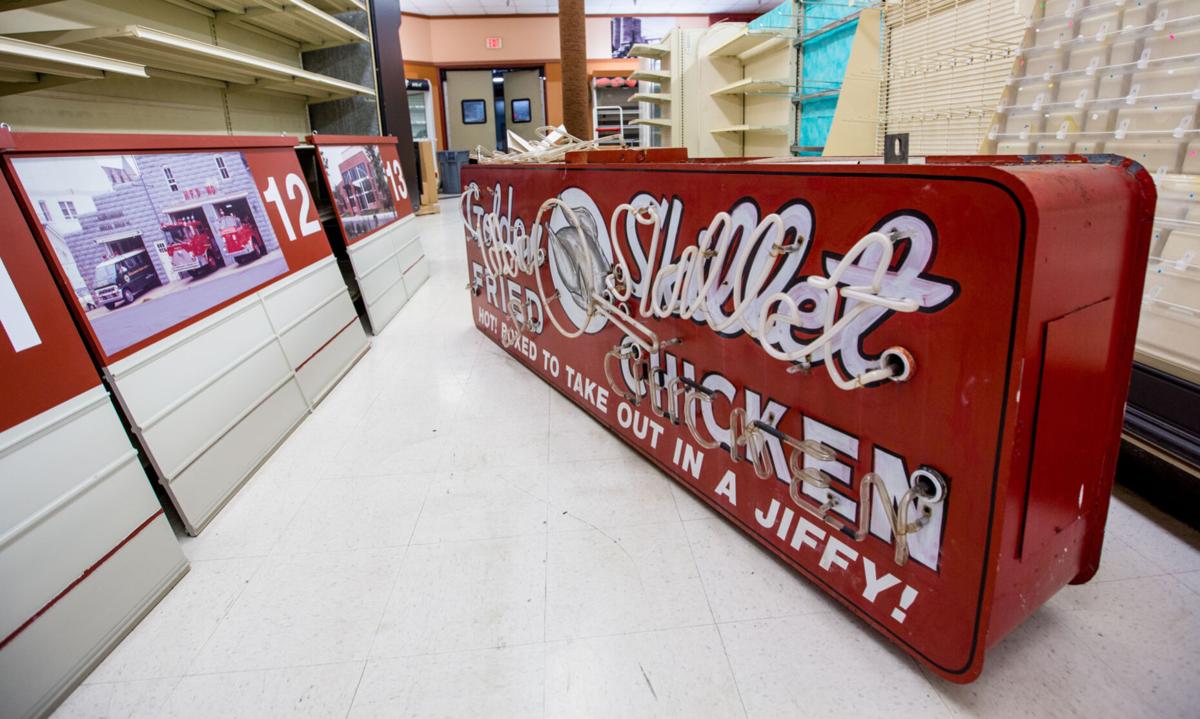 A Golden Skillet sign sits in an aisle at Red Front Supermarket alongside aisle signs in preparation for today’s auction.

Members of the Bowman Auctions team and customers discuss details regarding today’s auction at Red Front Supermarket on Friday.

A Golden Skillet sign sits in an aisle at Red Front Supermarket alongside aisle signs in preparation for today’s auction.

Red Front Supermarket will be having a liquidation auction Saturday, with items such as the Golden Skillet sign that shined on Chicago Avenue, down to brooms and mop buckets the market’s employees and owners used to keep the floors gleaming, available for bid.

“It’s going to be hard,” said John Garber Sr., one of the family owners of the market. “I don’t know what to say or how to say it.”

The storied market closed its doors for the final time on April 9.

“We’re trying to get everything out of the building so we can sell the store,” Garber said. “We’re just taking it one step at a time, day by day. It’s about all we can do at this point.”

The Garber family of Dayton and Clover Hill had members running the store at its various locations and names since 1905. In 1958, the market moved to where it now stands at 677 Chicago Ave. in Harrisonburg.

Garber said the family remained thankful for the opportunity to serve people through Red Front.

“It’s been good for so many years and we’ve grown to know the people coming and going all the time and being friends with them,” Garber said. “It’s just hard to let it go.”

The auction will be run by Bowman Auctions of Harrisonburg, according to Jerad Bowman, an employee of the firm.

Bowman said there has been a large response to the ads and notices about the auction. He said the auction has received more attention than most of Bowman Auctions’ events this year.

“I think a lot of it is people’s memory,” Bowman said. “They’re sad to see it go ‘cause they’ve shopped there since they were a kid.”

The auction starts around 9 a.m. and will likely end around 4 p.m., according to Bowman.

In February, Red Front announced its impending closure. It was then the fourth such ending for a locally-owned Valley grocery store over 10 months, joining the ranks of Weyers Cave Super Save, Broadway Supermarket and Shenandoah Grocery.

Between the four markets, Valley families had independently operated these businesses for a combined 245 years.

The owners of the markets expressed their frustrations with big-box competitors in previous interviews. An example included how stores like Food Lion are able to obtain stock at cheaper rates than small businesses, allowing them to charge lower prices.

Red Front was my 'go to' store for meat. I didn't trust any other stores for their meat like I did Red Front. Now that they are closed, we are eating a lot less meat!!