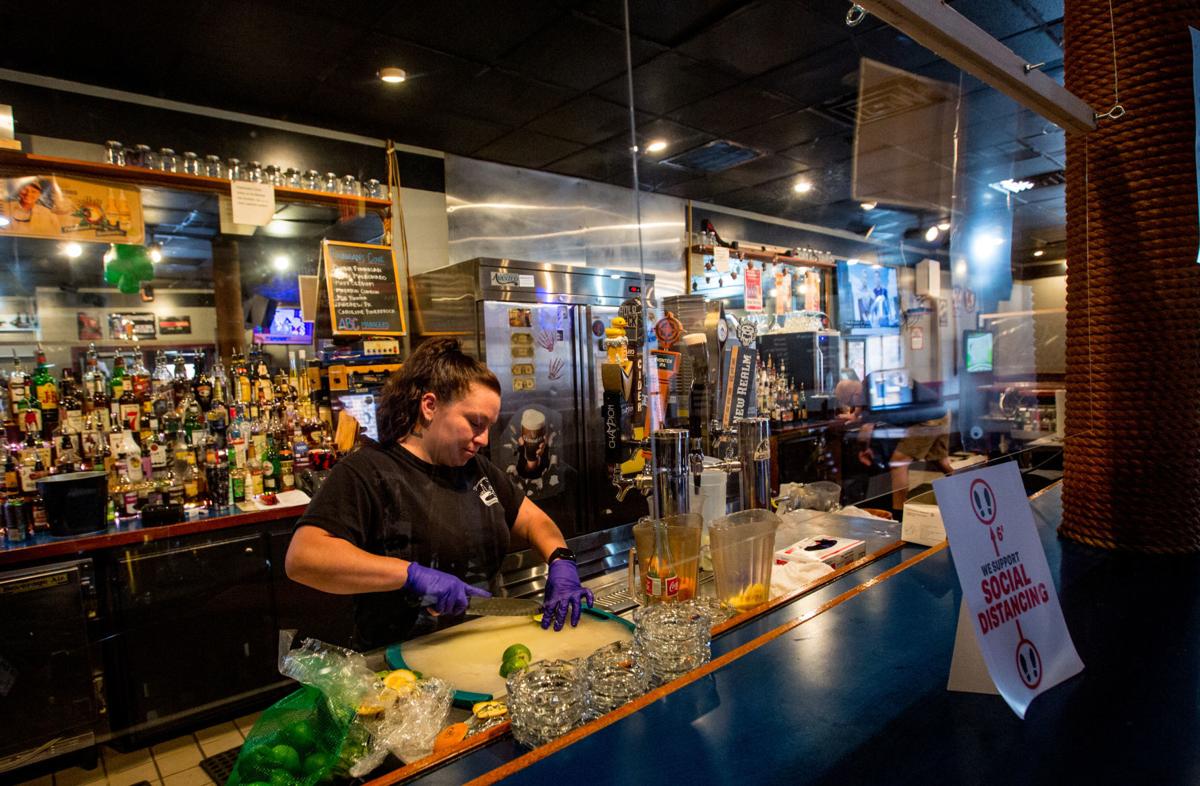 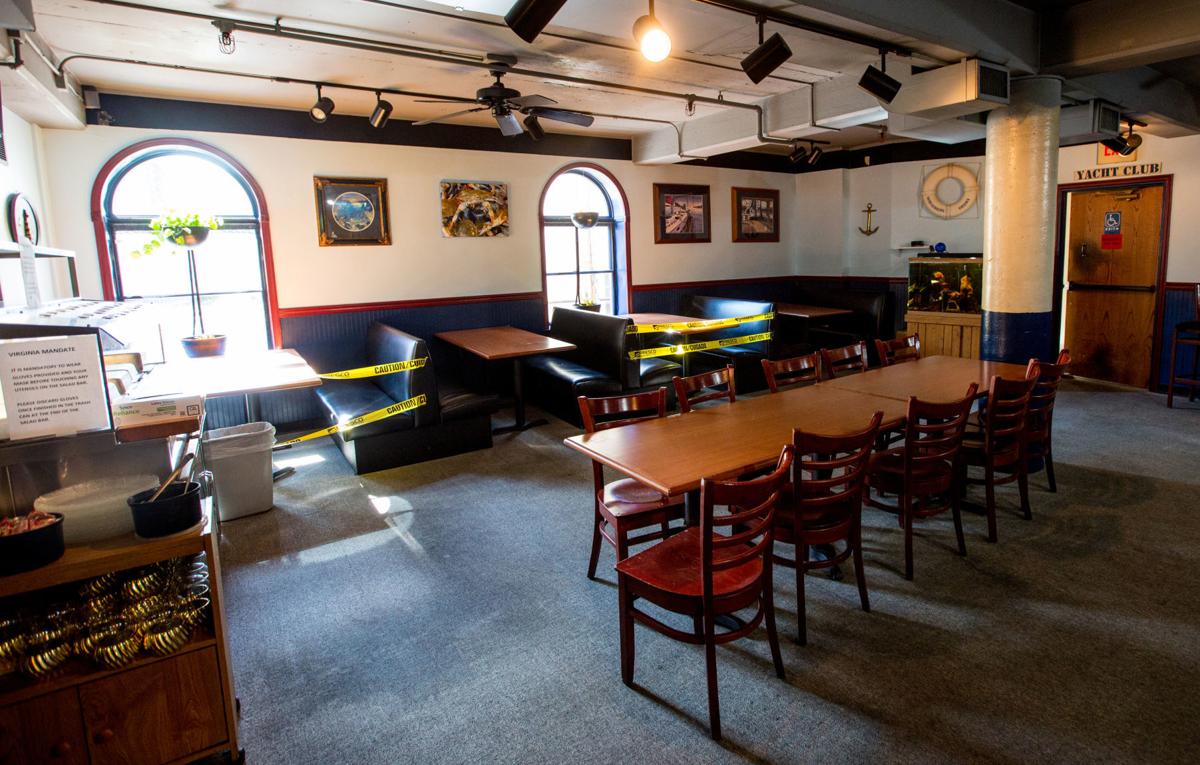 The nonsmoking section at Finnigan's Cove is set up with socially distanced seating. 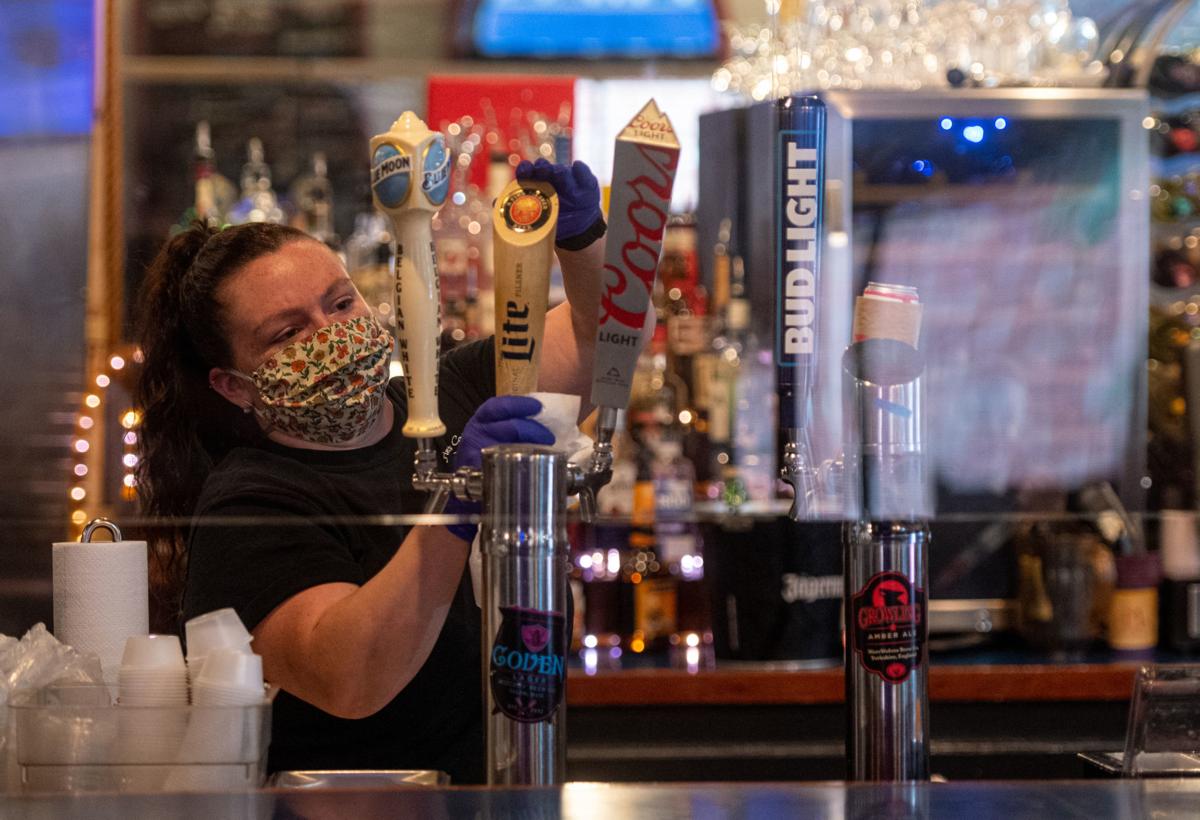 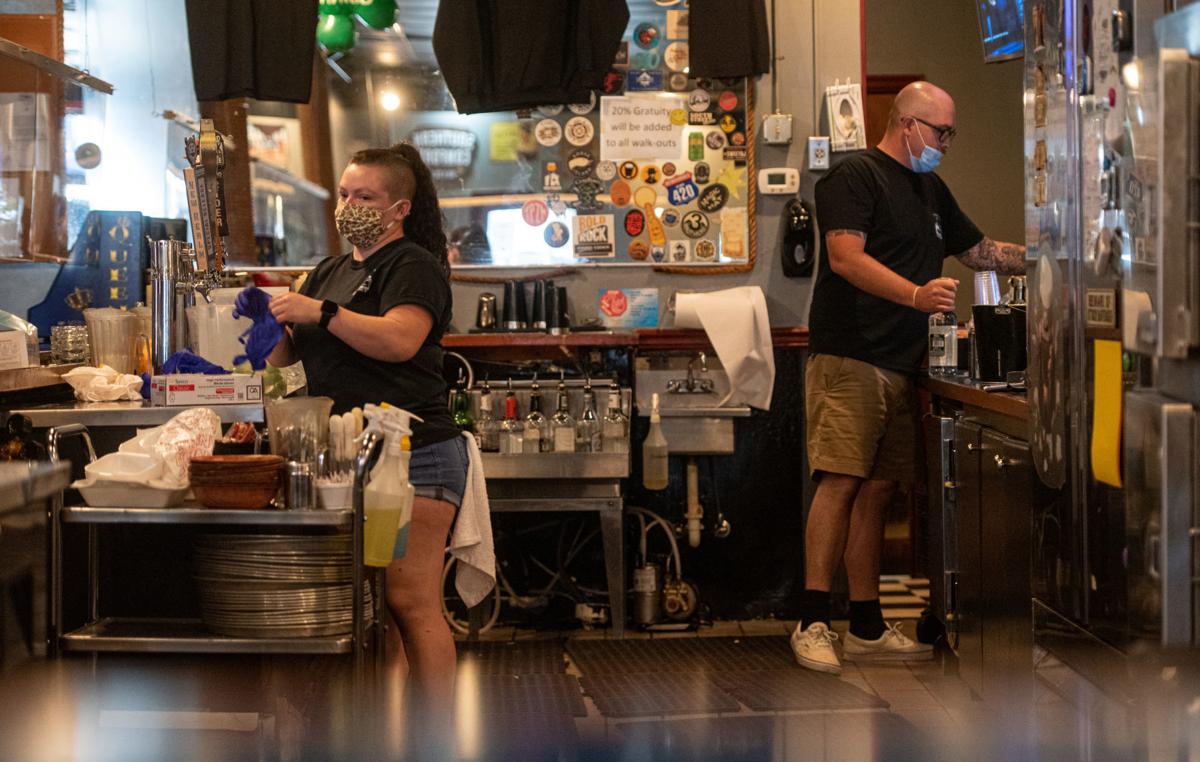 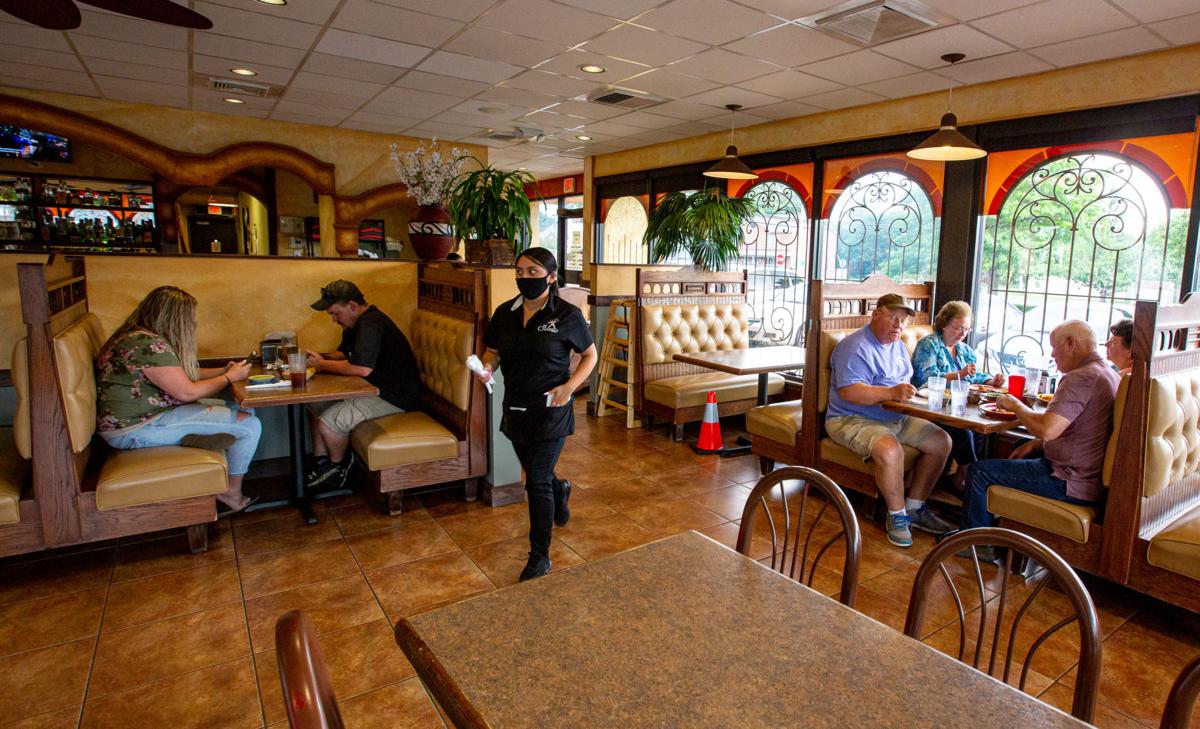 Patrons dine at El Charro in Bridgewater on Wednesday evening, the first day of Phase 3 of Virginia's reopening plan.

The nonsmoking section at Finnigan's Cove is set up with socially distanced seating.

Patrons dine at El Charro in Bridgewater on Wednesday evening, the first day of Phase 3 of Virginia's reopening plan.

The day before most of the state entered Phase 3 of its reopening during the COVID-19 pandemic, Gov. Ralph Northam said that restaurants would still not be allowed to serve guests at their bars in a reversal that changed local restaurant owners’ calculations.

Donna Finnigan, owner of Finnigan’s Cove Seafood Bar in Harrisonburg, said the COVID-19 rules for restaurants have inconsistencies that do not make sense.

An example she cited was restaurants being allowed to seat 10 people, five abreast, 3 feet across the table from another five people while not being able to have five people abreast at a bar.

However, restaurant owners are allowed, under the regulations, to seat that 10-person group as long as the table is 6 feet from another table.

She said this is an advantage for larger restaurants as they can still serve large numbers of customers as long as the tables are apart.

“For us, we’re lucky because we have the space [at Finnigan’s Cove] and we’re able to space our tables apart and still get quite a few people [inside] and there’s still distance,” Finnigan said. She said other restaurants are not so lucky.

For Paul Somers, owner of the Golden Pony, a music venue and bar in downtown Harrisonburg, the change from Phase 2 to 3 has not changed the “dynamic” for his business.

“The music venue aspect of our particular business wasn’t able to open under Phase 1, 2 or 3,” he said. “So it sucks to be pushed back because inevitably we want to get to Phase 4, 5 or 6” to start having concerts again.

Somers said he also understands that Northam made the decision in an effort to reduce the spread of COVID-19.

Patti Landes, who owns the Cracked Pillar Pub in Bridgewater with her husband Tim, said an advantage for their business is that it has outdoor seating.

She said customers seem to feel more comfortable using outdoor seating. However, the regulations around bars still add to the economic disruption the Cracked Pillar Pub has faced.

“I don’t think I can go through that again,” Landes said of the first shutdown, adding that the emotional stress of trying to make it through that also took a toll.

“We were in such a financial rut,” Landes said.

She said many of her customers would come to the Cracked Pillar’s bar for the atmosphere. There is a higher profit margin on drinks than for food, and losing drink sales had serious economic damage on business, according to Landes.

“To-go and delivery does not pay your bills,” she said.

Finnigan also said restaurants receive an unfair amount of flak for operating during the pandemic while other gatherings, which can be larger and have people in closer proximity such as church trips and house parties, still continue without more stringent codes or regulations.

Finnigan, Somers and Landes said safety of customers and employees is a top priority, and when precautions are followed, the sooner the situation will improve.

“By us following the rules, hopefully we’ll be able to get through this and move on,” Landes said.

People need to get out of their squirmy minds and think. How about taking over some lots for parking and opening up some public space for sitting, eating. Shut down market square east and west and reduce main to a thru lane and a turn lane. The vendors will adapt. The den dwellers can call their buddies and spit on their phones.

Well, Donna and I don't agree on much, but she's got this right.