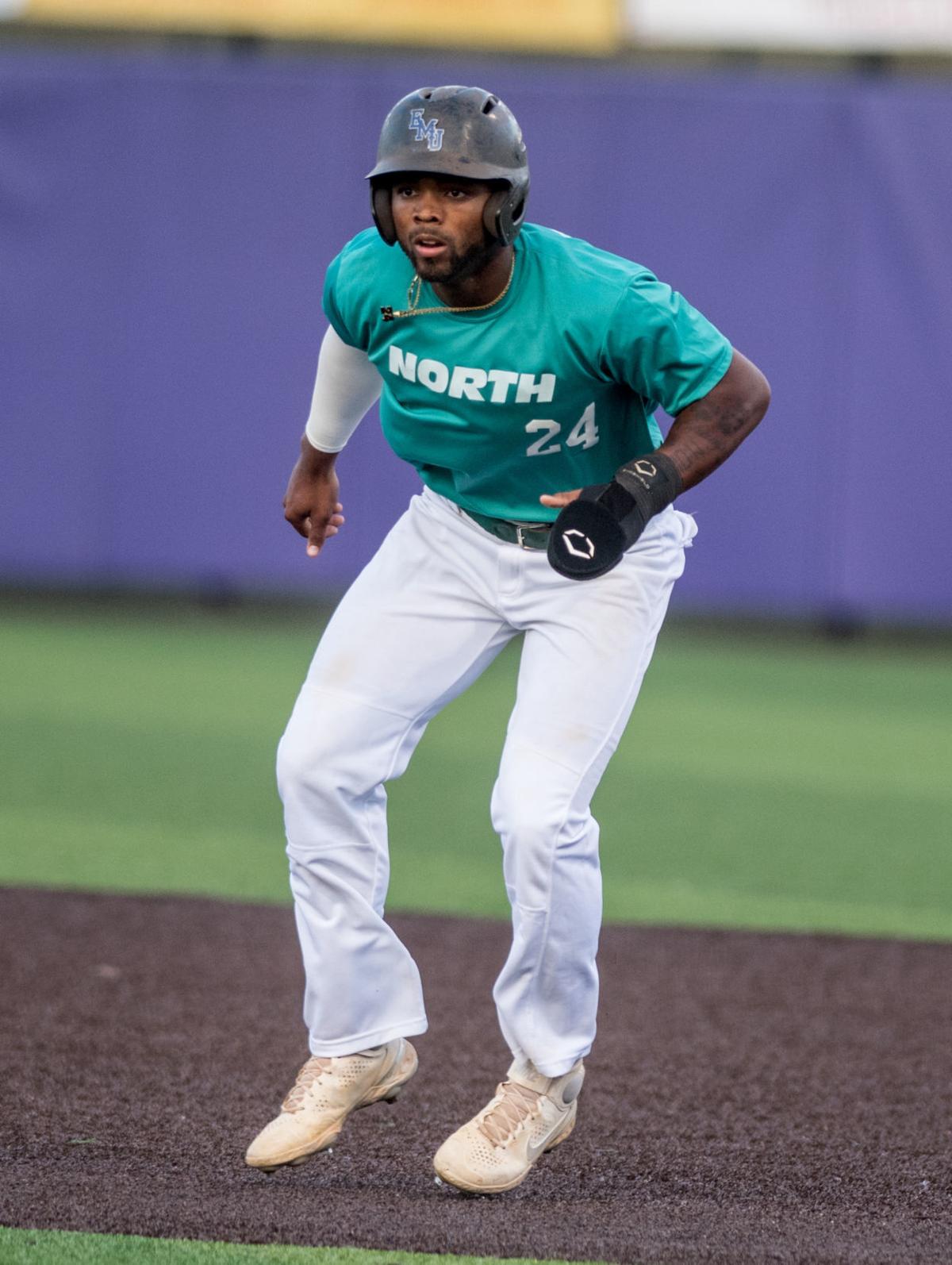 Jaylon Lee of Woodstock had two hits in a game for the third straight time Tuesday. 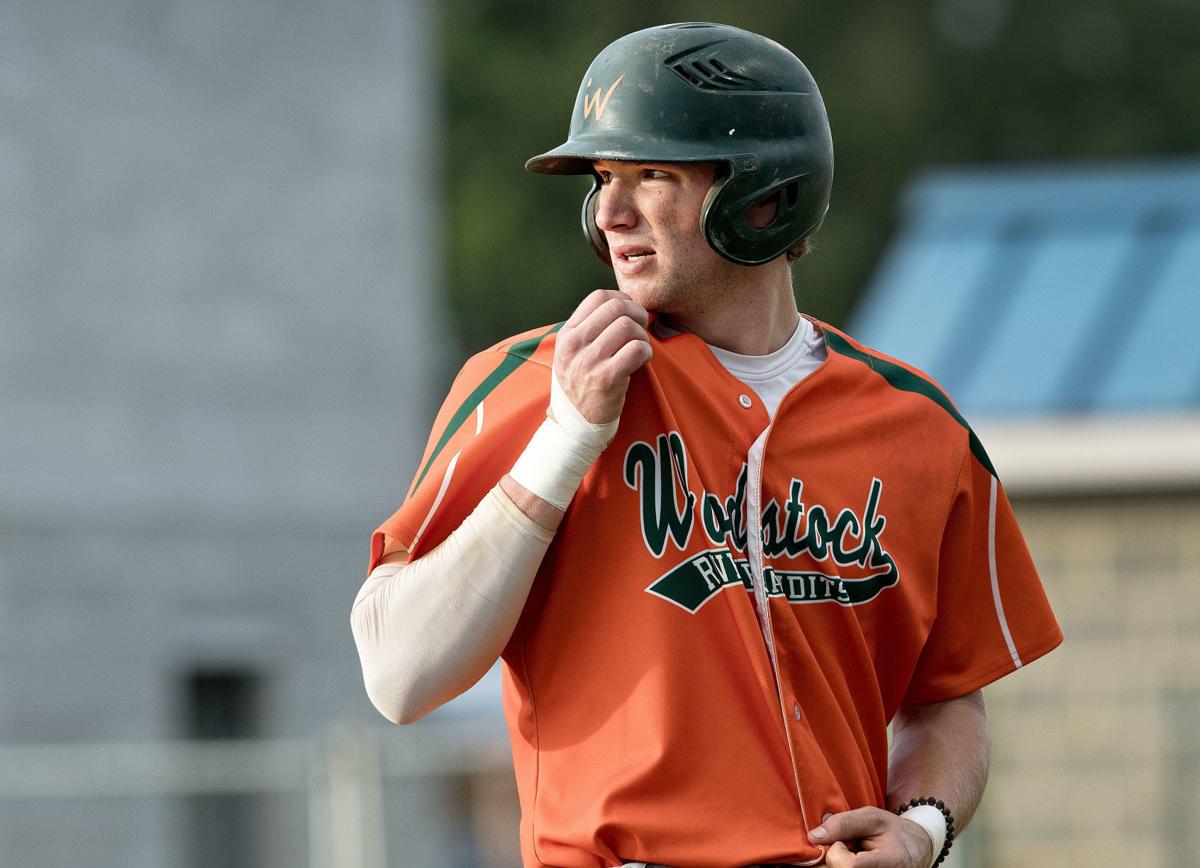 Aidan Nagle of Woodstock is one of the top hitters in the Valley League again this season. He was the MVP in 2019.

Jaylon Lee of Woodstock had two hits in a game for the third straight time Tuesday.

Aidan Nagle of Woodstock is one of the top hitters in the Valley League again this season. He was the MVP in 2019.

Tyler Cotten had eight RBIs in his first 41 at-bats this summer for Winchester going into Tuesday's game.

A few hours later, the catcher had surpassed his total for the season.

Cotton had two homers, a double and drove in nine runs as Winchester beat Strasburg 13-7 in Valley Baseball League action.

The resident of Yorktown improved his average to .261 with three homers and 17 RBIs for the Royals.

Cottten also had three hits on June 29 in a 16-14 loss at Front Royal. Those are the only games this summer he has more than one hit in a game.

Jaylon Lee of Eastern Mennonite had two hits on Tuesday for Woodstock in a 7-3 win at Front Royal. It was the third straight game he had two hits and Lee improved his average to .275.

"I hope he gets a chance to play in the minors" in pro ball, skipper Mike Bocock told the News-Record earlier this month of Lee.

Marco Martinez hit his fifth homer for Woodstock while Aidan Nagle was 1-for-5 but still had a batting average of .347.

Nagle was the MVP of the Valley League in 2019 while playing for Woodstock and Bocock, a Turner Ashby product who is back with the team this season.

JMU pitcher Brennan Abbott had an ERA of 3.56 in games through Tuesday with the River Bandits.

Donovan Burke, another JMU pitcher, had the best ERA in the league at 2.29 through Tuesday with Strasburg. Liam McDonnell of the Turks and JMU was second at 2.83 and JMU's Joe Vogatsky of Purcellville was seventh at 3.18.

Woodstock has been battling Strasburg in the Northern Division. The River Bandits were 25-15 through Tuesday and Strasburg was 24-15.

Spotswood grad Cam Irvine (High Point) was hitting .197 through Tuesday for Strasburg while pitcher Daniel Ouderkirk (West Virginia) had an ERA of 5.49 in 19.2 innings with an impressive 28 strikeouts.

They play their home games north of Baltimore at Ripken Stadium.

But the Aberdeen Ironbirds, the high Single-A affiliate of the Baltimore Orioles, certainly have a strong connection to the Shenandoah Valley and the rest of the state.

The roster of Aberdeen includes pitcher Shelton Perkins, who was drafted out of James Madison by the Orioles in 2019.

Other pitchers on the roster as of Wednesday from Virginia colleges: Connor Gillispie (VCU) and Nick Roth (Randolph-Macon).

In addition, Aberdeen pitcher Ryan Watson (Auburn) played in the Valley League for Front Royal in 2017 while fellow hurler Garrett Stallings is from Chesapeake and played in college at Tennessee.

Zach Peek, another pitcher, is from the Lynchburg area and went to college at Winthrop. He was drafted by the Angels and worked out this winter in Harrisonburg at Next Level Athletic Development after being traded to Baltimore.

Roanoke native J.D. Mundy, a first baseman for Aberdeen, played at Radford and Virginia Tech in college and for Covington in the Valley League in 2018. He had 10 homers with Aberdeen through Tuesday while Watson had nine.

"I really learned a lot," Mundy told the News-Record last year about his summer in the Valley League.

Aberdeen was 36-20 through Tuesday despite a 19-1 loss at home Tuesday to Hudson Valley as Gillispie, from Earlysville, was the starter and losing pitcher and his ERA with the team went up to 5.43.

Peek was recently promoted from low Single-A Delmarva - Perkins and Mundy started the year there as well. Perkins has a 3.44 ERA this year in the minors with four saves through Tuesday.

Stallings has a 4.43 ERA for Aberdeen this season before Wednesday's play while Roth was at 9.13 in 15 outings, with three saves, out of the bullpen.

The Washington Nationals play a series this weekend in Baltimore starting on Friday. The trade deadline is at the end of this month. Washington was 45-49 before Wednesday's game at home with the Marlins.

"We are five games out in the National League East," general manager Mike Rizzo said Wednesday on 106.7 The Fan, the team's flagship radio station. "We have decisions to make. We are going to be very busy over the next 10 or 12 days. There is opportunity to better ourselves" for this year and next.

Rizzo said injured slugger Kyle Schwarber took batting practice on Tuesday and pitcher Stephen Strasburg, also on the Injured List, threw a bullpen session earlier this week. "Joe Ross is progressing also," Rizzo said. "We could see him back in the rotation" soon.