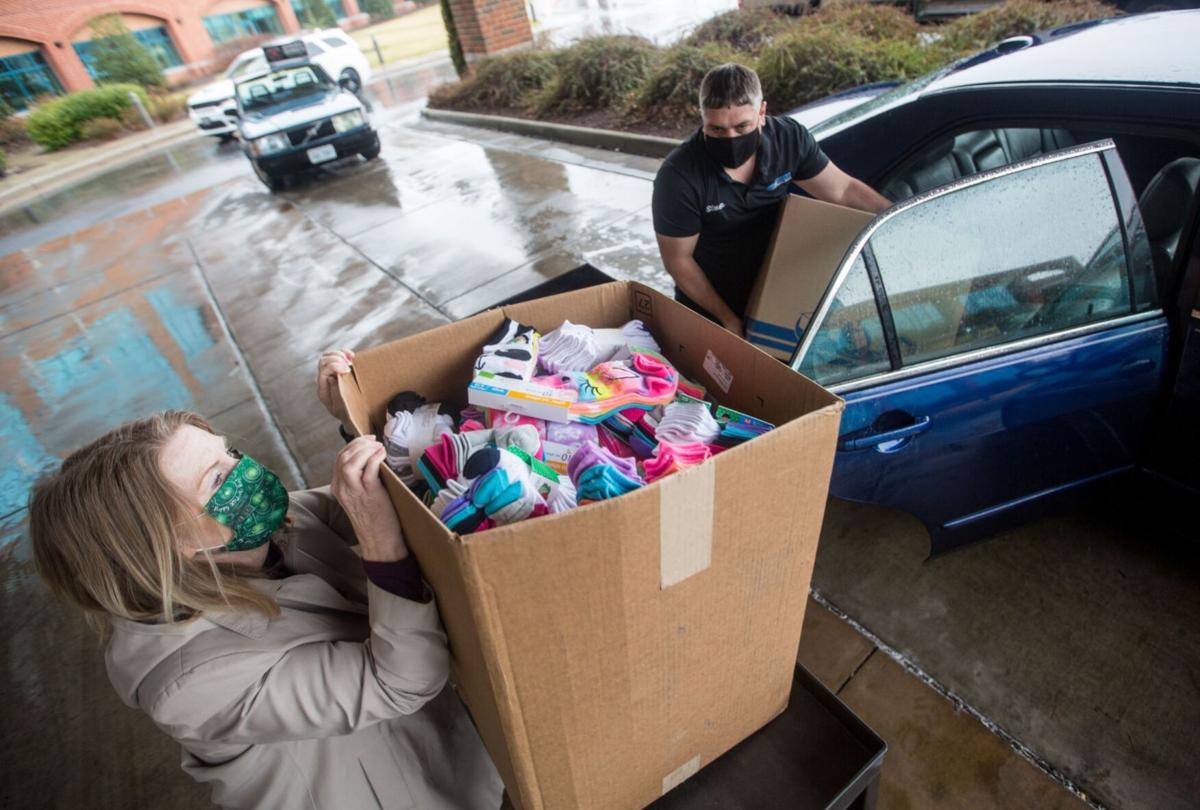 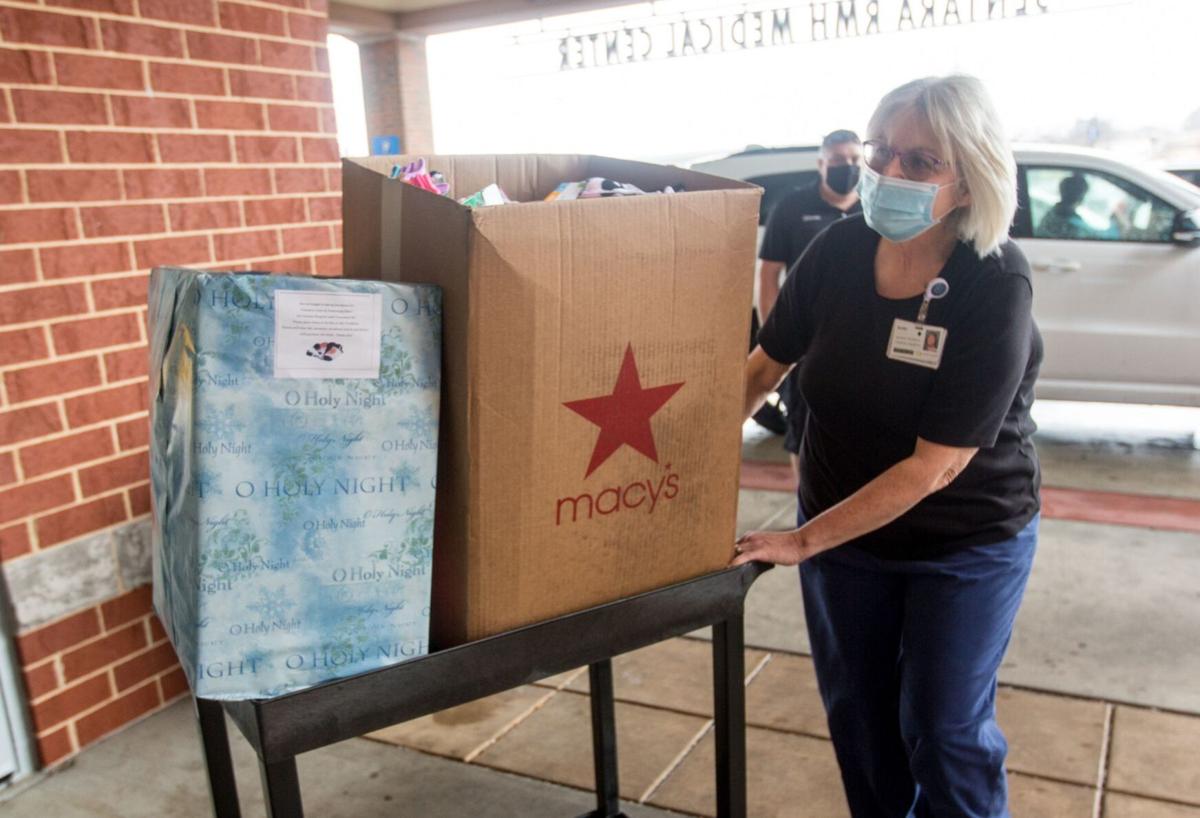 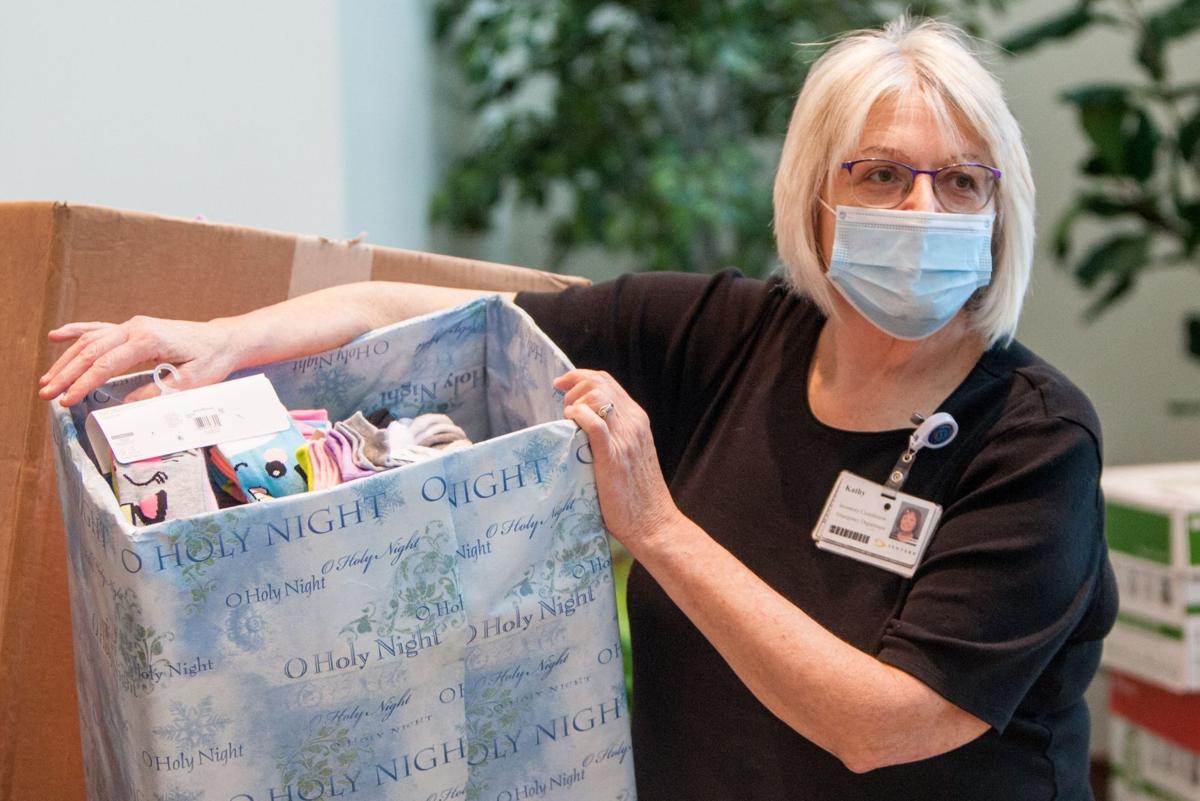 When Steven Faught took ownership of Shenandoah Automotive Service Center four years ago, he knew he wanted to dedicate each season to a specific communal need. While looking for a charity to support in winter, Faught approached the RMH Foundation for suggestions on how to help the children.

On Thursday afternoon, Faught delivered nearly 2,500 pairs of socks, rounding out a total of approximately 6,000 pairs of socks donated to the hospital over the past four years.

Faught said he originally expected the foundation would request something traditional like teddy bears or toys for the children when he reached out, but they said the real need was in socks and undergarments for children.

“We took that and ran with it,” Faught said.

Pediatrics at Sentara RMH Medical Center sees about 500 kids each year, but the patients often don’t have bags of clothes, socks and underwear readily packed when checking in directly from the doctor’s office.

At first, Faught put flyers around town and posted on social media about the collection for clients to drop-off donations in a bin. The first year’s sock drive brought in a few hundred socks, which Faught said the hospital used within a matter of months.

Each year, interest has spread and people have gotten into the routine of dropping off socks throughout the year for Sentara RMH. During the pandemic, Faught said fewer people came in to bring socks themselves, but he received more financial donations than ever before.

“I think COVID and everything, a lot more people were leery of shopping and it just kind of slowed everything down,” Faught said. “The Walmart next to us, we completely bought them out of socks at least twice.”

As sock donations have grown from the annual drive, the supplies have been distributed to other sectors that work with children, such as Healthy Families of the Blue Ridge.

Janet Wendelken, senior development officer for the RMH Foundation, said donations overall have increased over the past year, but Faught’s history of support for the Race to Beat Breast Cancer and sock drive demonstrates his enthusiasm to serve the area.

“During this COVID year, a lot of people have been doing this kind of thing. Steven was just way ahead of doing all this for us,” she said.

Nurse Leslie S. Harris chairs the hospital’s Pediatrics Shared Governance board and receives the donations each year. She said Faught is a genuine and caring person who simply gives for the sake of giving, and it means the world to the kids who come to the hospital.

“He’s just a fantastic guy. He just wants to help out, and he does,” she said. “It’s really nice to be able to give things to the kids, like socks and underwear. They just get a smile out of getting the characters on socks and things. They really love getting them.”

Harris said giving cartoon socks and underwear to young patients never fails to put a smile on their faces.

“I can think of a young boy that had a need and was given the socks. There was a Spider-Man on the socks, and he absolutely loved them, his face lit up,” Harris said. “He loved getting the little gift.”

When asked if clients are incentivized in some way to donate socks, Faught said the business offers $5 off day-of car services, but the real credit is due to the Friendly City’s spirit of giving.

“This is four years now and so far to date, I’ve never had any person take the $5 off the bill,” he said. “They told me to keep the five bucks and go buy socks with it.”

In past years, the sock drive has collected between 1,600 to 2,000 socks, so Faught said the boost in donations this year blew him away. While the official sock drive at Shenandoah Automotive Service Center will begin again in November, the shop accepts donations year-round to ensure the final delivery can bring joy to as many children as possible.

“No matter what month it is, if somebody wants to bring them in, we’re certainly willing to take them anytime,” Faught said.