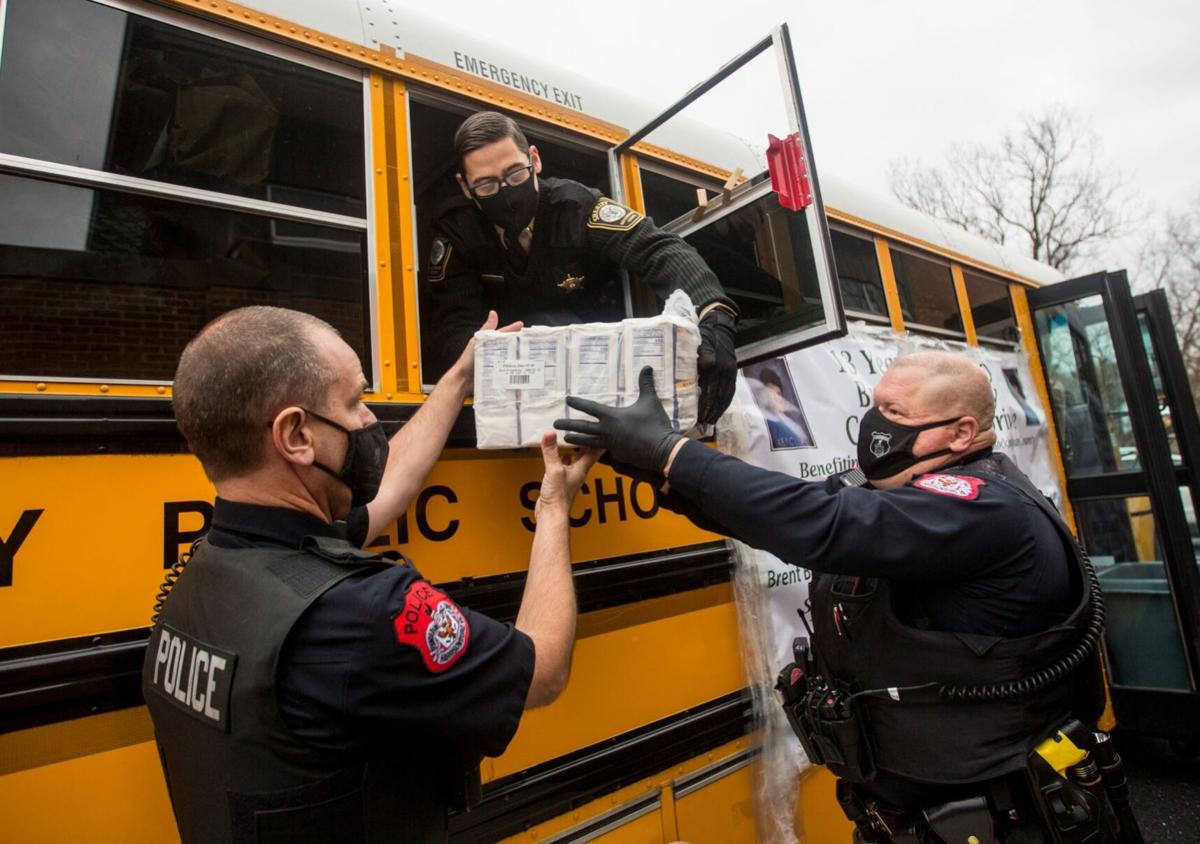 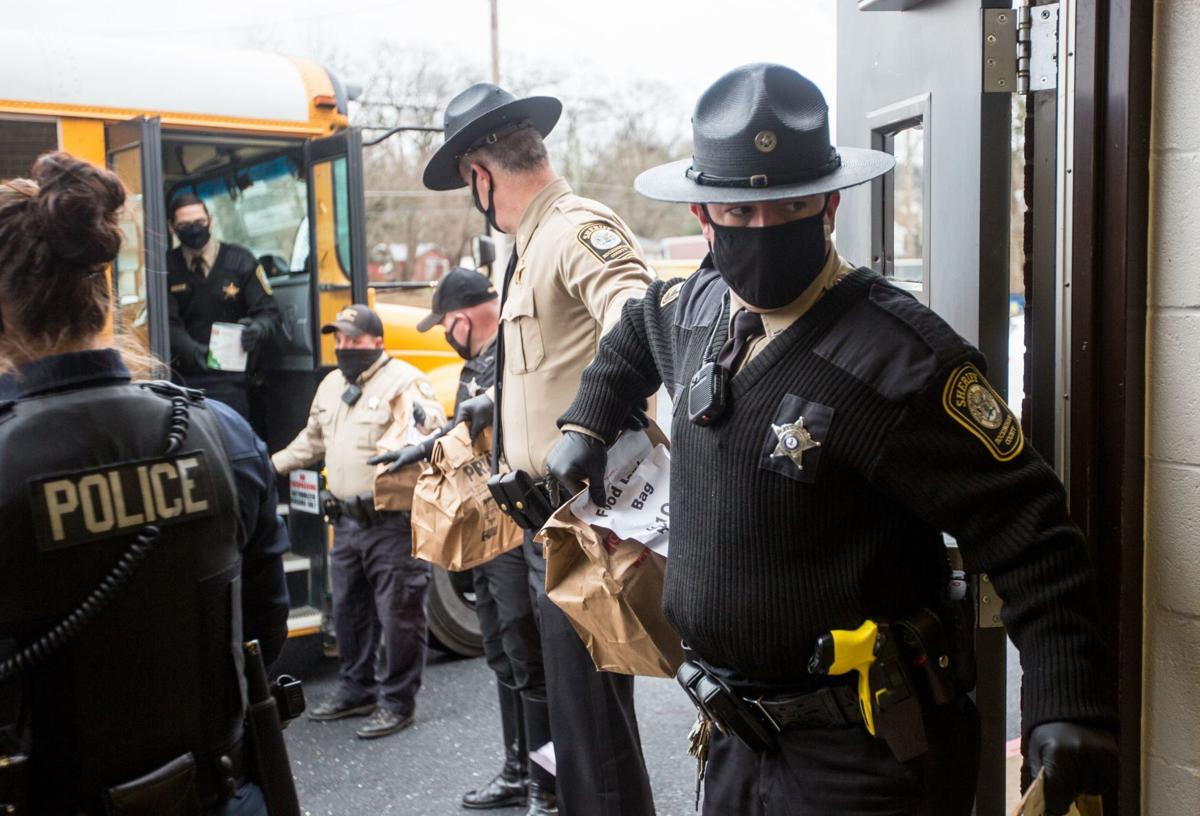 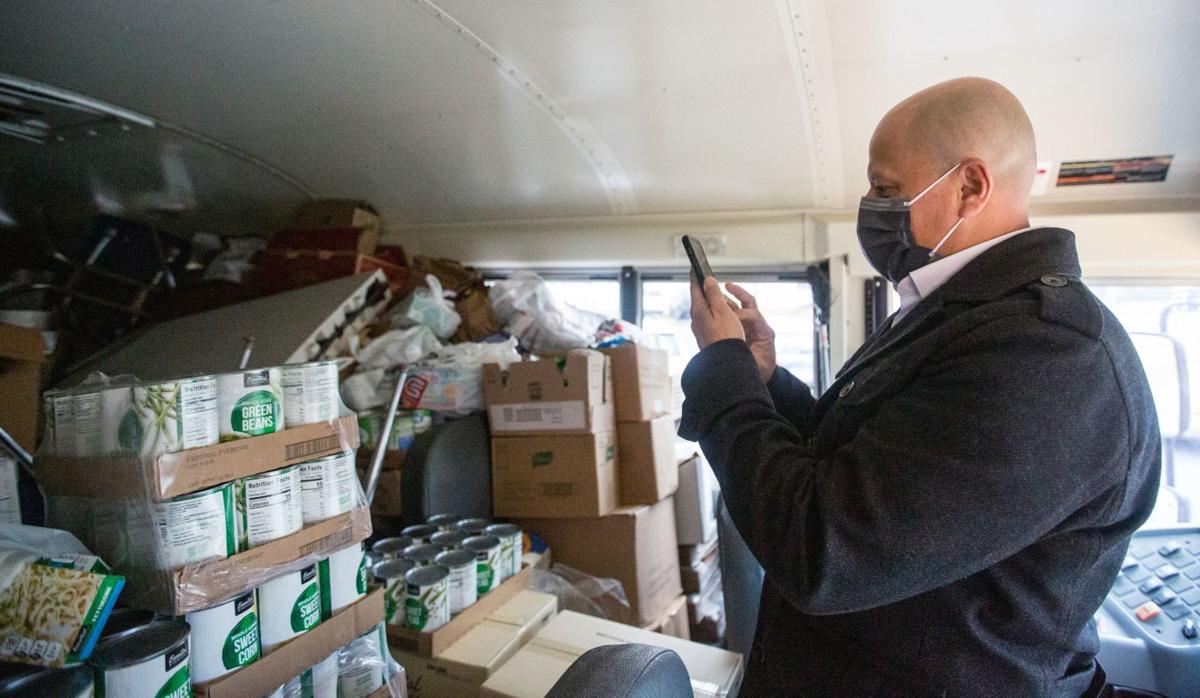 Harrisonburg Vice Mayor Sal Romero takes a photo of a school bus filled to the brim with donations for the Brent Berry Food Drive. 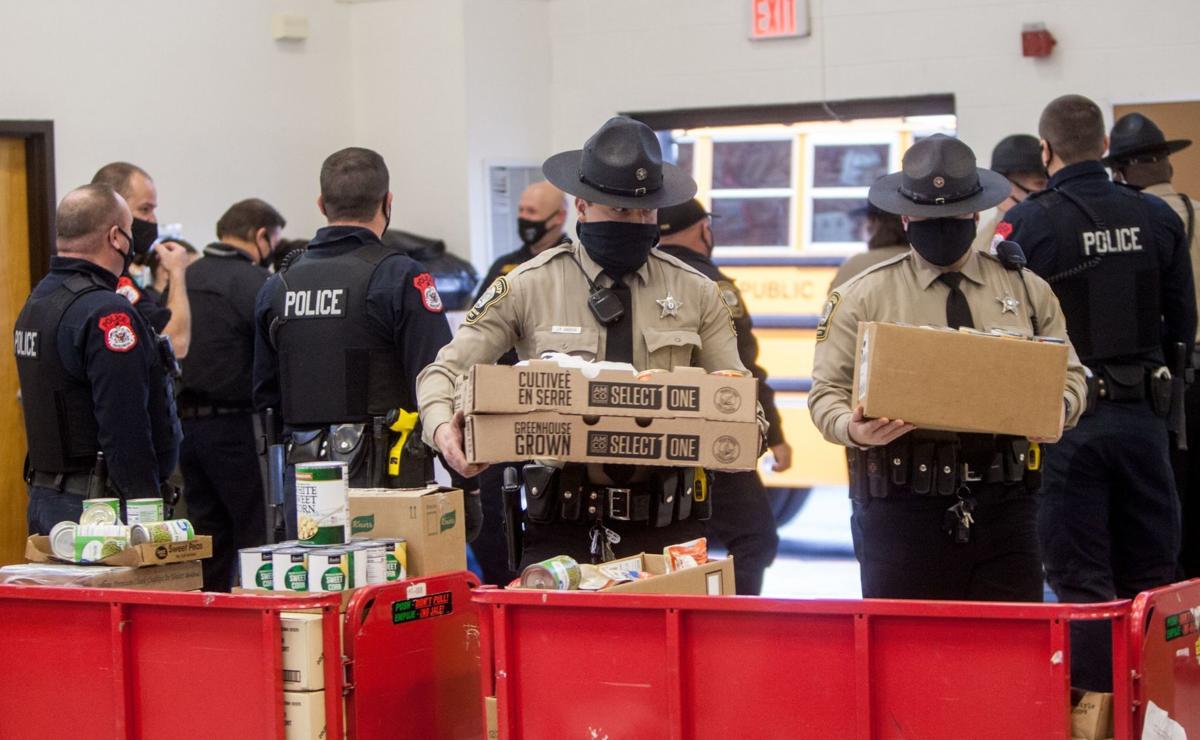 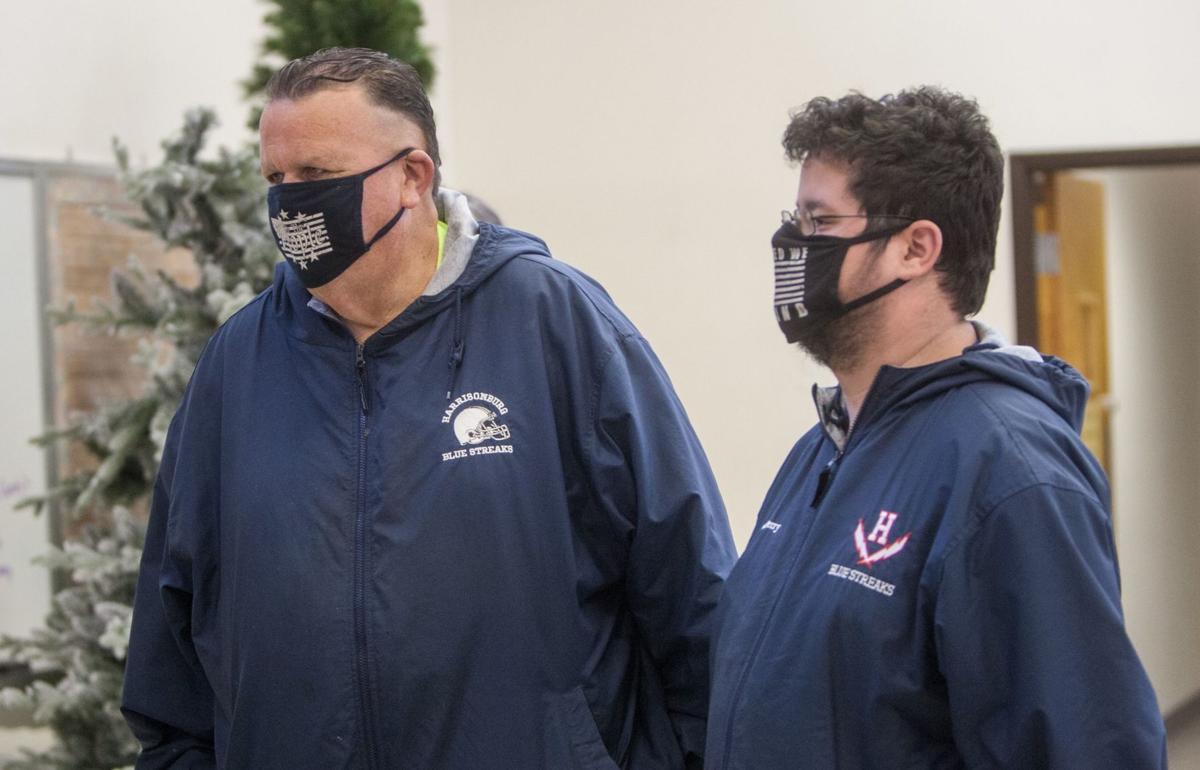 Bucky Berry, left, and his son Brent watch as donations to the Brent Berry food drive are unloaded at the Salvation Army.

Harrisonburg Vice Mayor Sal Romero takes a photo of a school bus filled to the brim with donations for the Brent Berry Food Drive.

Bucky Berry, left, and his son Brent watch as donations to the Brent Berry food drive are unloaded at the Salvation Army.

Now in its 13th year, James “Bucky” Berry and his 22-year-old son, Brent Berry, started the drive because food pantries helped the elder Berry when he was a child.

The food was unloaded Monday morning at the Harrisonburg Salvation Army on Ashby Street.

“This is the biggest haul in history,” the father said.

Last year, the Berry family set up at the now-defunct Red Front Supermarket on Chicago Avenue in Harrisonburg.

This year’s collection started on Dec. 18 at Bridgewater Foods and wrapped up Sunday.

The family aimed to collect enough food to fill the Salvation Army’s food pantry for roughly six months. The food pantry serves about 250 people a month.

“It’s a blessing,” he said. “What a way to start the year. The community continues to support us so much.”

Bridgewater Mayor Ted Flory said he was glad to see his town host the food drive this year.

“Bridgewater Foods has always been very community-minded,” he said, adding that he was also pleased to see many town residents donating food. “I’m not at all surprised to see Bridgewater residents step up.”

Harrisonburg Vice Mayor Sal Romero thanked the Berry family for their support for those suffering from food insecurity.

“More people are having to access food banks,” Romero said. “Resources are definitely more scarce. This came at a great time, when so many people are hungry.”