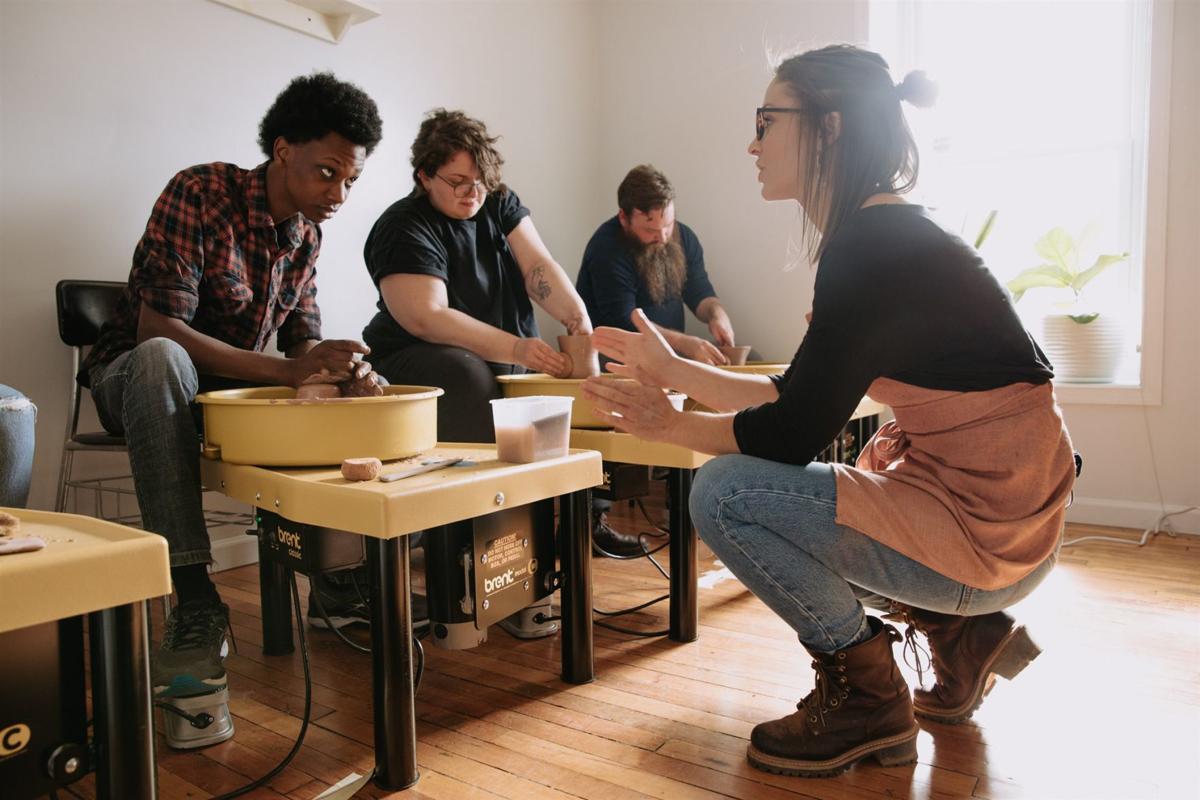 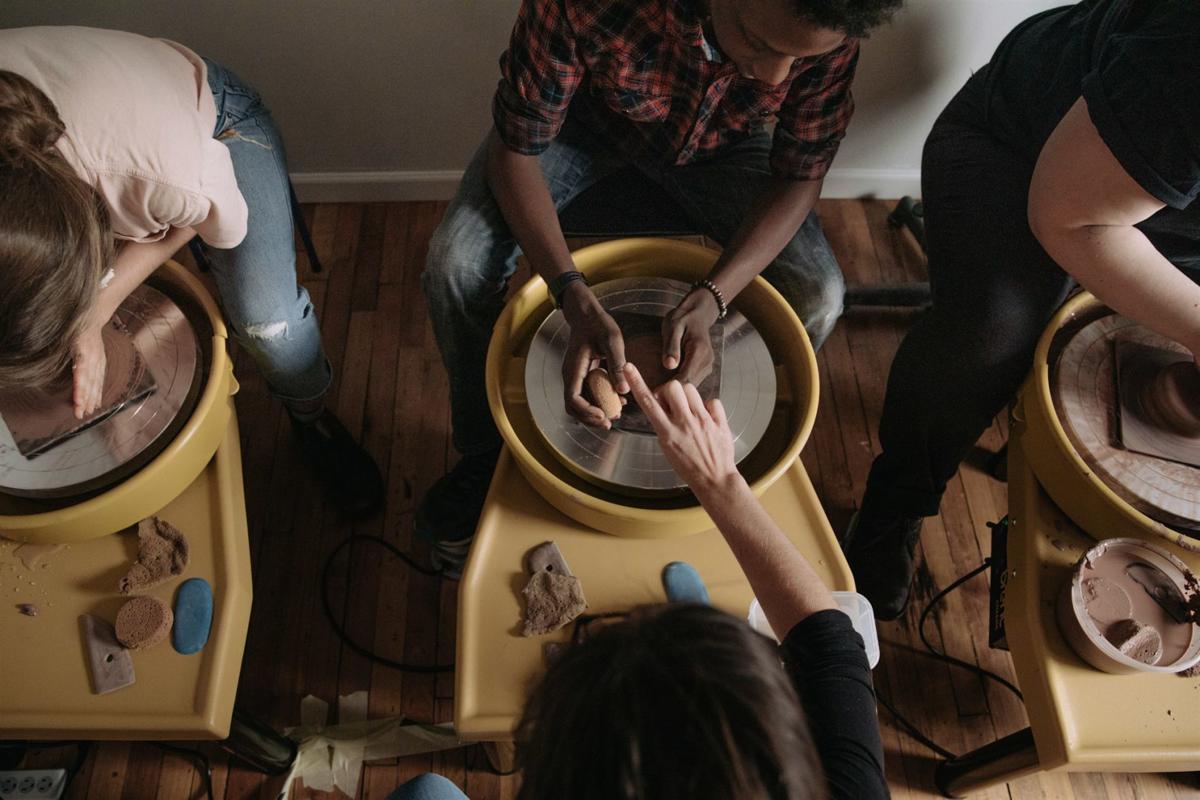 Newman also teaches pottery classes at the Harrisonburg Community Center and said working with clay can be a meditative practice for many people. 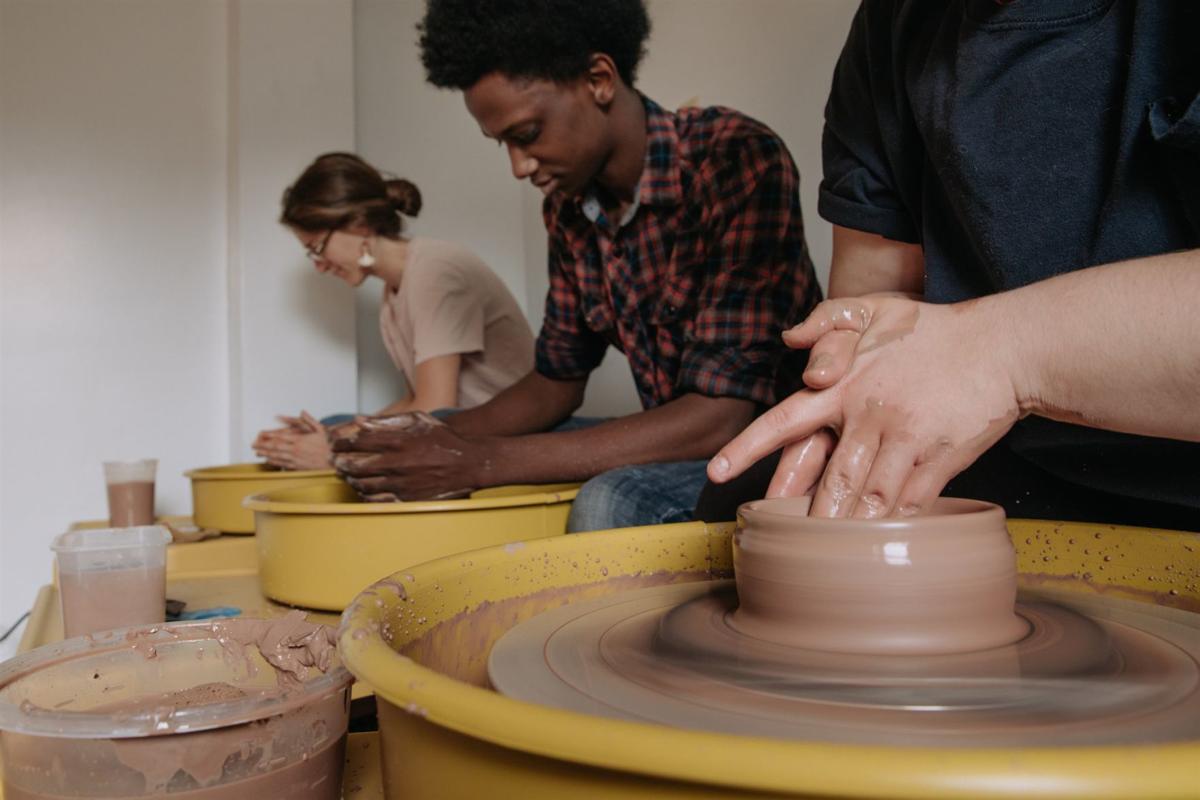 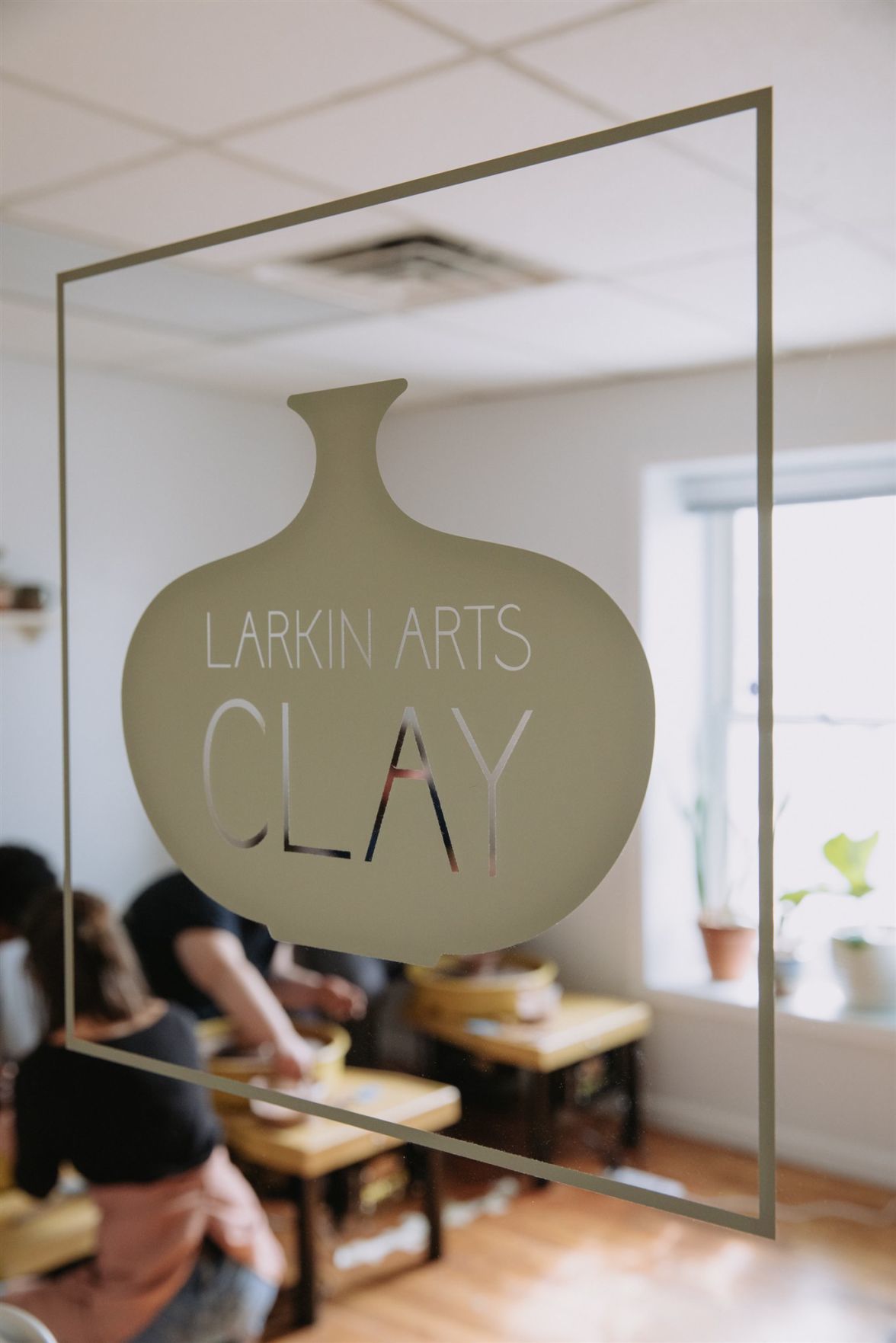 Newman also teaches pottery classes at the Harrisonburg Community Center and said working with clay can be a meditative practice for many people.

Memories of digging grubby fingers into dirt at parks and building towers of sand at the beach often evoke the quintessential simplicities of childhood. Larkin Arts is now extending that natural tendency for people to get messy and work with their hands in the new pottery studio branch — Larkin Arts Clay.

Lily Kistler, 9, of Harrisonburg, is enrolled in Larkin Arts Clay’s first season of kids’ pottery classes. Kistler has taken art classes at Larkin Arts before, but she said working with clay gives her a new freedom that does not come with other mediums.

Inside the Lennox Wright Pipkins Studio, crafters and creators of all ages and abilities can practice their hand at throwing on pottery wheels through classes offered in Larkin Arts.

Kassy Newman, instructor and director of Larkin Arts Clay, studied art at Bridgewater College and said she originally had no interest in clay when her adviser suggested she take a pottery class in 2009. Since then, she has grown an affinity and fascination for the medium that she hopes to share with the community.

“I want to get as many people in Harrisonburg’s hands in clay as I can. Painting and drawing is wonderful — that’s what I started doing in college — but there’s something special with making something and being able to use it every day,” Newman said. “There’s no limit to what a jar needs to look like. There’s so many directions you can go in. … I give them the free-ness to be able to work on projects on their own within the parameters of working on the wheel.”

Larkin Arts Clay opened registration in November. Classes began the first week of January, but Newman said most classes through March are already sold out.

Classes are ranked in levels wheel 1-4, with wheel 1 designed as the introductory classes to wheel-based pottery. Next week, wheel 2 classes will begin for students to construct functional projects such as drinking vessels, plates or bottles. Advanced wheel 3 courses will be offered later in the spring season and focus on skills such as castings, surface textures and building serving dishes.

Co-owner of Larkin Arts Scott Whitten said offering pottery meets a community request that he has heard repeatedly over the years, because pottery is often inaccessible due to the price of equipment but no less valuable a practice than other art forms.

“A big part of what we’ve always done is promote and provide for artists. … Larkin Arts Clay is just another piece of that,” Whitten said. “When you’re creating functional art, that inspires people on a whole different level.”

In partnership with Clayworks Supplies in Richmond, Larkin Arts is now the only clay retailer in a 60-mile radius, according to Whitten.

All projects made at Larkin Arts Clay are food safe, and oven and microwave safe. Wheel 2 through 4 sessions require students supply their own tools, such as a wire cutter, wooden rib and loop tool — which are included in the materials fee for wheel 1 adult classes. Advanced classes also have a $25 materials fee, which includes a half bag of clay, use of glazes and classroom tools and both bisque and glaze firings.

All classes are taught by either Newman or Jessie Rublee, who works as the ceramics studio manager at Mary Baldwin University. Wheel 1 classes are offered on Tuesdays between 12:30 and 3 p.m. by Rublee and 5:45 and 8:15 p.m. by Newman. Wheel 2 classes will be taught on Wednesdays from 5:45 to 8:15 p.m. by Newman. Depending on the age group, classes vary in length and studies, but all classes are capped at four students per session to emphasize one-on-one instructor-peer time.

Adult sign-ups offer four 2 ½ hour sessions for $125 and are intended to result in three to four finished pieces. Wheel 1 classes have a $40 materials fee to cover the cost of 12.5 pounds of clay, pottery tools for students to keep, glazes, use of classroom tools and firings.

Kids and teen pottery are both taught by Newman. Kids’ pottery is offered to ages 8 to 11 for $125 per month, which is a total of four sessions that run from 4:15 to 5:30 p.m. on Tuesdays. During the classes, young students will practice centering and basic form-making. Teen pottery is for ages 12 to 17 for the same price and occurs from 6 to 8 p.m. on Fridays. The adult’s introductory class practices centering, pulling up walls, trimming and glazing.

“Watching adults who never thought they were artistic or creative thrive has been really cool, too. I’ve had some students in their later years who were told they were not good at art take a class, and they’re thriving,” Newman said.

Larkin Arts Clay also offers memberships for experienced artists who do not have access to a kiln or stove, so they can work from a satellite studio within Larkin Arts. Members will also be invited to attend one demonstration workshop per quarter.

Whitten said Larkin Arts has had a kiln for hand-building pottery classes since the gallery-shop first opened, but the location has since added four wheels and a second kiln that is 50% larger.

All kilns and wheels will be available for Larkin Arts Clay member use. Rates for membership are $90 per month, $240 for three months, $450 for six months and $780 for one year. Applications are available online, and Newman is the member liaison who handles most Larkin Arts Clay programming.

Registration for classes at Larkin Arts Clay can be made in person, over the phone or online with an additional processing fee.