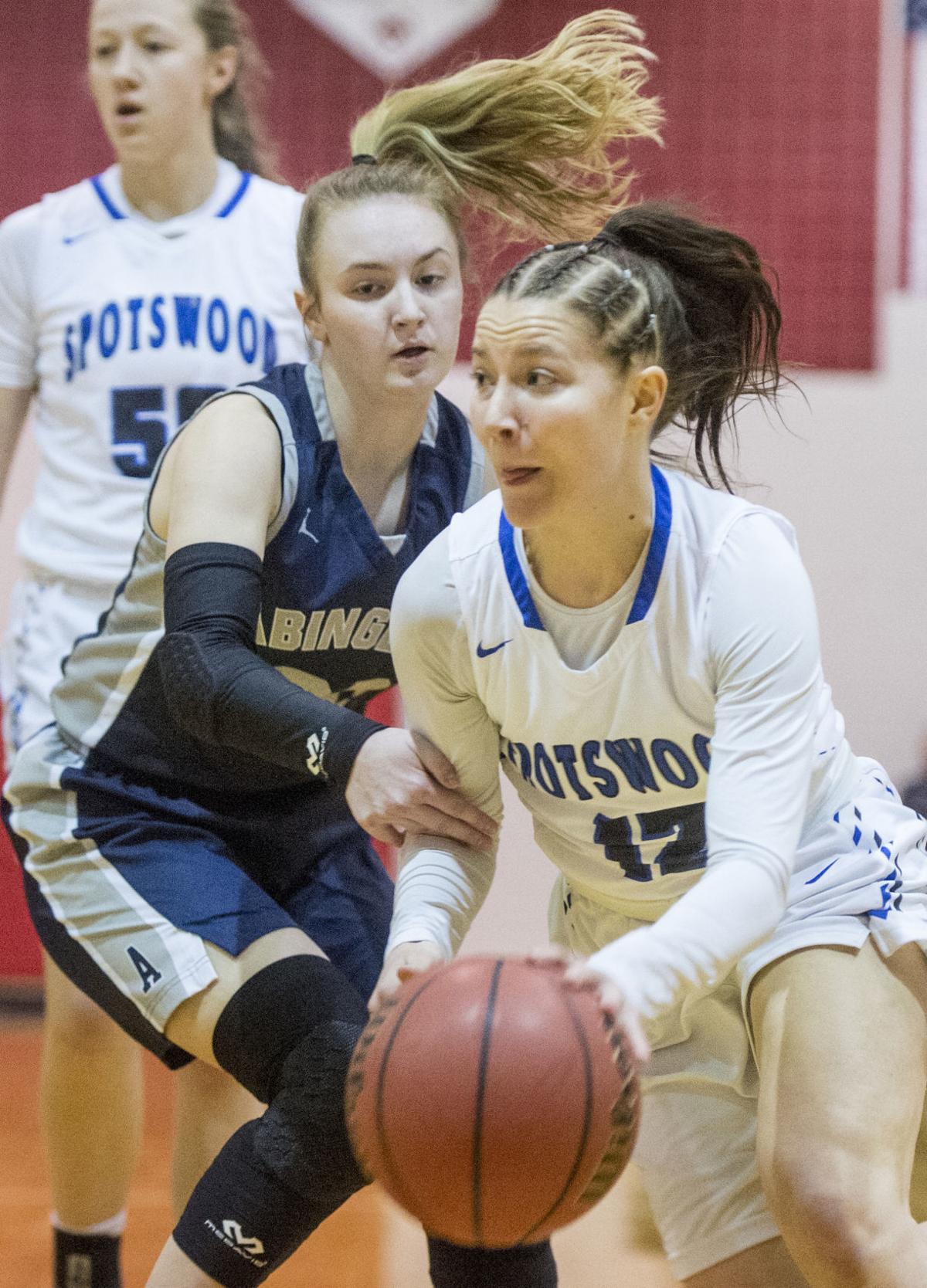 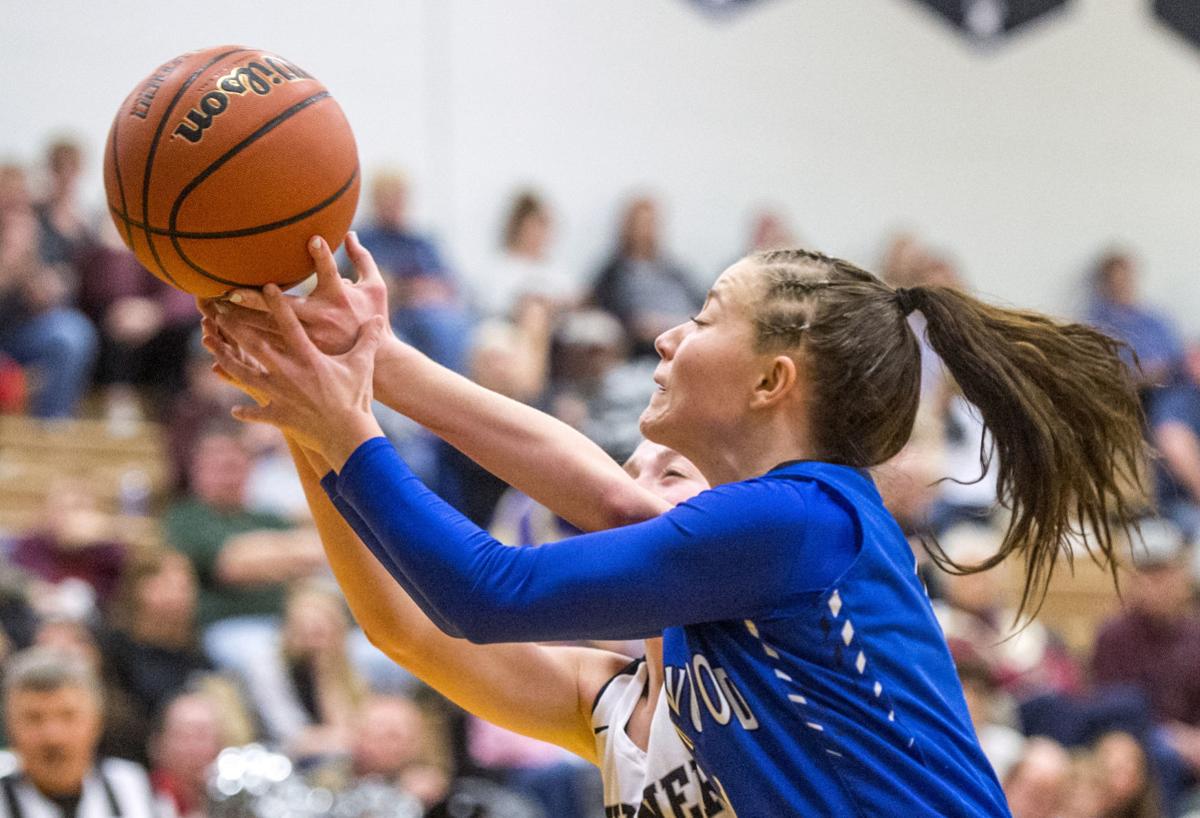 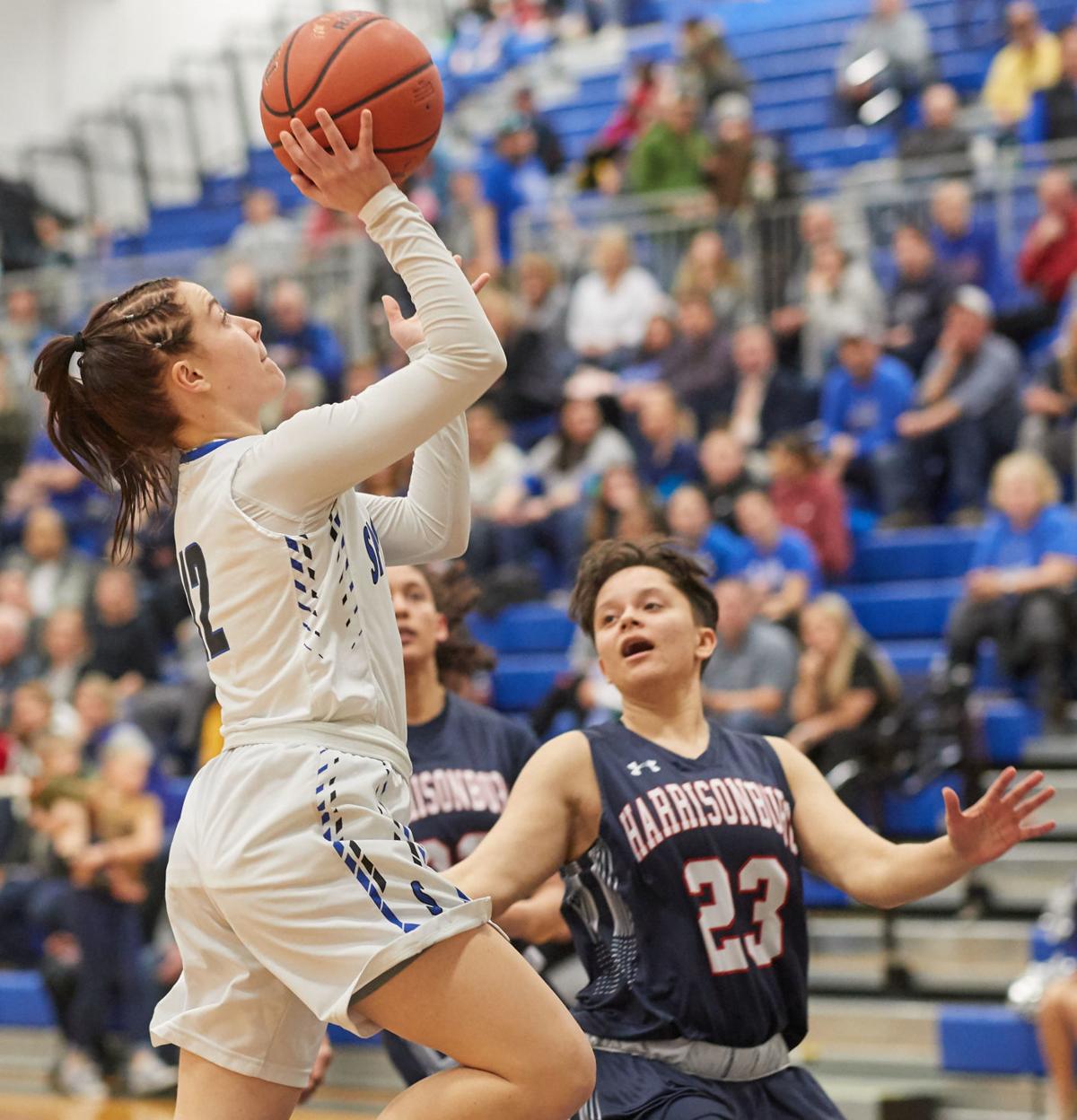 Lexi Bennington-Horton finds an open lane to the basket.

Lexi Bennington-Horton finds an open lane to the basket.

It took a lot of sacrifices, sometimes not-so-easy ones, to get to this point.

But as Spotswood senior Lexi Bennington-Horton now prepares to continue her basketball career on a scholarship at West Virginia State — a Division II program in the Mountain Eastern Conference — she said it was all worth it.

“Playing in college has always been my dream," the 5-foot-5 speedy guard said. "I’m just super happy and grateful that it’s happening. Obviously, my summers were basically taken away the past few years from always being on the road. I couldn’t tell you the last time me and my family went on a vacation. I’m just super grateful to have the family that I have and them being super supportive of my dreams and what I wanted to do my entire life.”

In the past two years as the starting shooting guard for the Trailblazers, Bennington-Horton was a key part of a team that captured back-to-back Virginia High School League Class 3 state championships. During that stint, Spotswood went 56-4, including a perfect 56-0 against teams in the state of Virginia.

The Trailblazers have won three district titles and three regional titles with Bennington-Horton on the squad. She earned all-state honors from the VHSL and the Virginia High School Coaches Association this past year.

“We knew all along that she was a kid who was going to play in college," Spotswood coach Chris Dodson said. "We’re firm believers in that if you want to play in college, there’s a place for you. We always thought she could be a Division II basketball player. I think she’s been on a lot of peoples' radars since about 10th grade. It’s just been what she’s wanted. That’s why we kind of knew that she’d have a chance to make it there.”

This past season, Bennington-Horton averaged 9.7 points, 2.6 assists and 2.1 steals per game. Her on-the-ball defense made her one of the area's top two-way players — something that didn't just happen by accident.

“Lexi is the perfect example of someone who has enough natural ability to be a good high school player on the local level, but she chose to put in a tremendous amount of work to be more than that," Playmaker Minicamp trainer Chad Moellenberg said. "Lexi should be proud of who she has become and all the success that has come in terms of winning, but she’s also earned the right to continue her playing career and get a free education. That’s really through the time she’s put in when nobody is watching.”

Due to COVID-19, Bennington-Horton's recruitment got altered a bit. She had taken a visit to West Virginia State earlier in the year, but said she was also considering offers from Davis & Elkins, the University of Charleston and Washington Adventist in Maryland.

“Obviously, with everything happening, choosing a school was pretty tough," Bennington-Horton said. "I hadn’t visited a lot of schools. I did visit [West Virginia State] earlier this year and I did like it. I just decided to keep my options open. The way that they play, I feel like I’m going to fit in so well. They’re very up and down the court and when you’re open, you shoot it. The coaches were so welcoming to me. Everything about it just seemed perfect for me.”

That up-and-down style of play the Yellow Jackets play with under head coach Charles Marshall will benefit Bennington-Horton. Alongside point guard MacKenzie Freeze, she thrived in transition for the Trailblazers and will get even more opportunities to do so at the collegiate level.

"It just seemed like a spot where she could step in and do really well right away," Dodson said. "She can step right in and play right away. He feels like she’s a girl who can step in a be a vocal leader for their team right away. You want your players to go somewhere that people have high expectations for them. I know she’s going to be pushed to be better. There is a plan for her. It’s not a place that’s going to bring her in and find out if she’s going to develop.”

Bennington-Horton added: “I’m super excited for it to be one of the main focuses with the team. The coach wants everyone playing that style. I feel like I’m going to fit in so well.”

Mary Ruth Shifflett was a key part of the Trailblazers' 2019 state-championship winning team but didn't dominate statistically. As a freshman this past year at Bridgewater College, she excelled immediately, though.

Dodson said he can see a similar burst in her debut year with Bennington-Horton. Between the style of play that West Virginia State employs with and the hard work Bennington-Horton puts in, she could make an immediate impact.

“She’s part of a system where everyone kind of fills into a role," Dodson said. "I could see her role being very big right away. When you’re trying to get shots off [quick], that translates to Lexi’s game very well. She’s a kid that has an opportunity to go in there and put up big nights right away.”

That confidence from her coach is reflected in Bennington-Horton's own thoughts as she prepares to make a name for herself on her own for the first time away from her longtime Spotswood teammates. And the biggest reason for that, she said, is the sacrifices she's made to get here.

“I’m very confident in myself," Bennington-Horton said. "I know how to be a team player and move the ball, but I also know how to get my own when the time is needed. Having all this free time, I know I’m working harder than ever because I’m going to have to go there and work 10 times harder if I want to get playing time and show them what I can do. I’ll be prepared.”