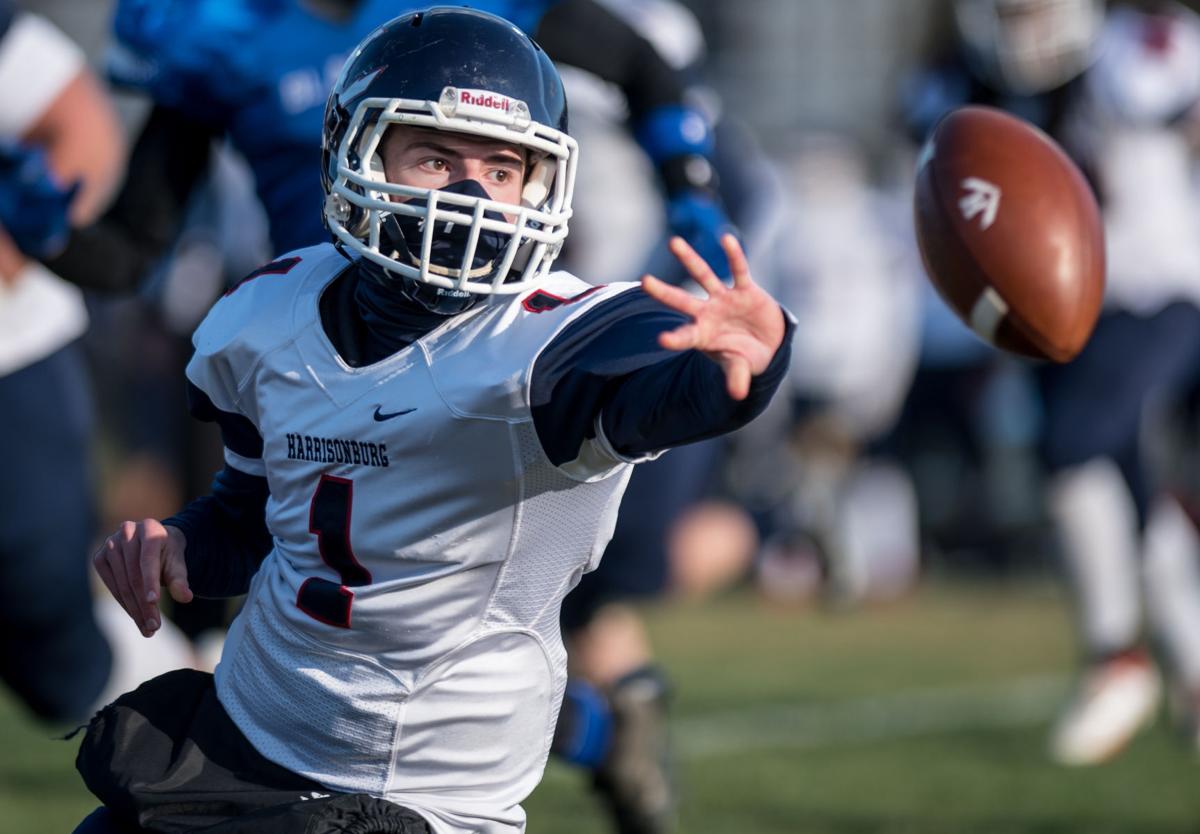 Harrisonburg’s Keenan Glago pitches the ball to a teammate on a run. 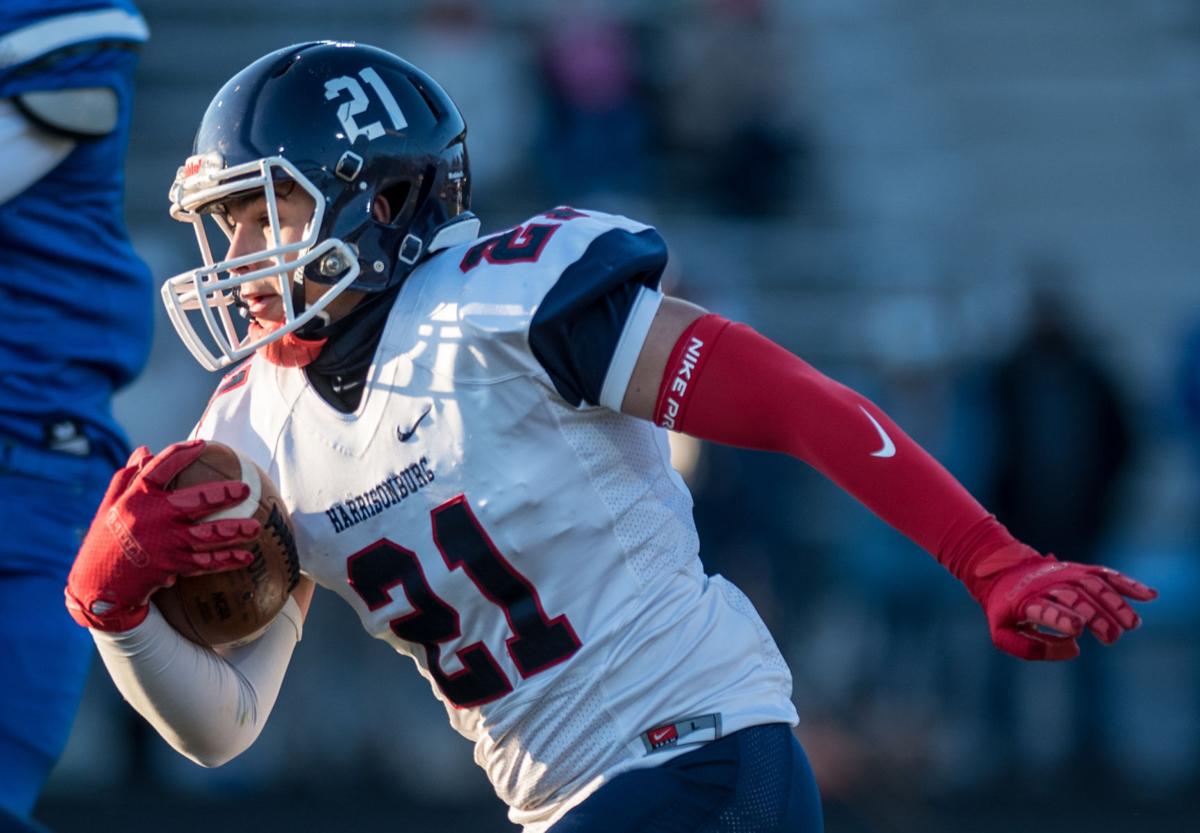 Harrisonburg’s Guillermo Lopez Mejia carries the ball up the field. 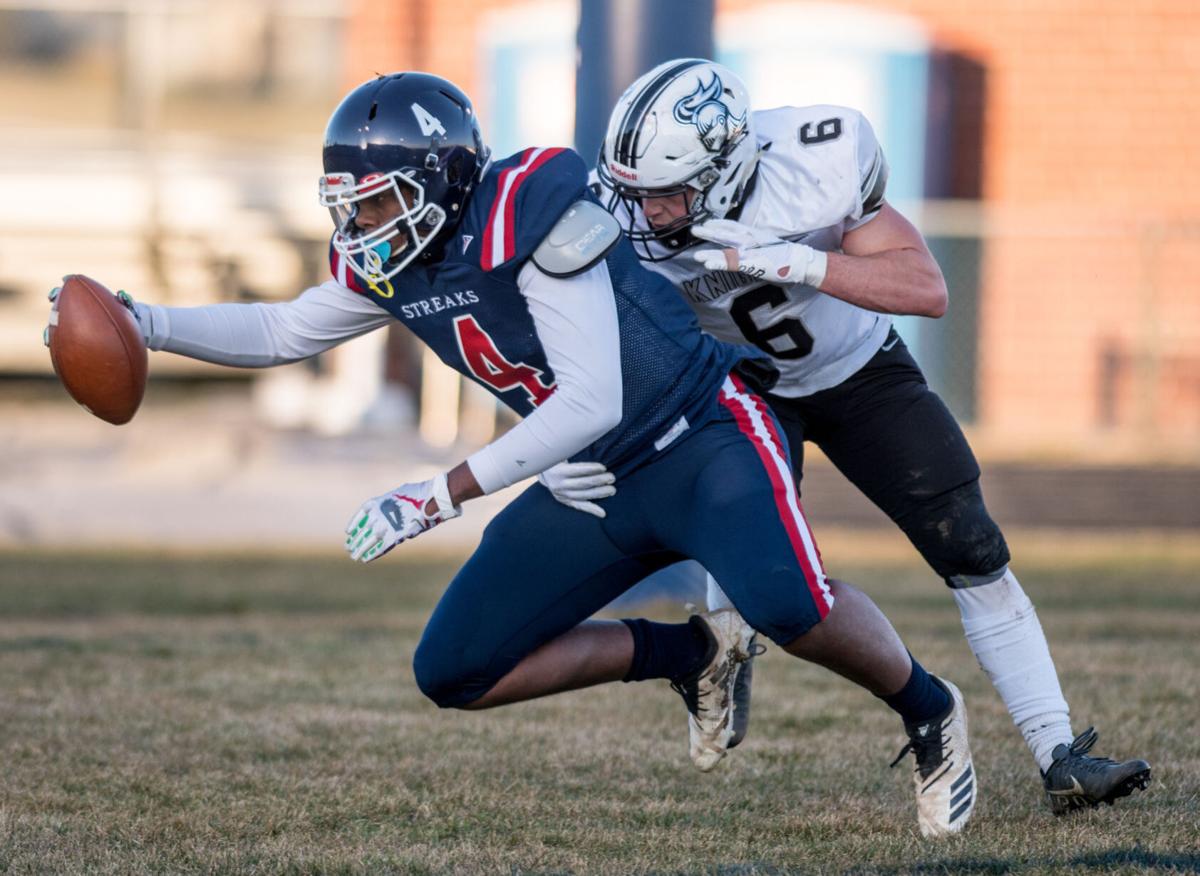 Harrisonburg’s Keenan Glago pitches the ball to a teammate on a run.

Harrisonburg’s Guillermo Lopez Mejia carries the ball up the field.

It’s something out of a storybook, according to Harrisonburg coach Josh Carico.

The first-year football coach for the Blue Streaks has experienced more in his debut season leading the program than many coaches do during a veteran career.

“Every coach probably says, by the end of their career, that they could write a book,” Carico said. “I probably could write a book from these six weeks alone. We’ve dealt with adversity and a lot of challenges, but our motto is, ‘We believe.’ We’ve had to dig our heels in and come out fighting. That’s what we’re doing now.”

When third-seeded Harrisonburg hits the road to take on second-seeded William Fleming in the Region 5D semifinals tonight at 7 p.m. in Roanoke, it’ll mark the fourth consecutive trip to the postseason for HHS but its first under Carico.

Coincidentally, Carico’s coaching debut came in a 20-17 first-round playoff loss to the Colonels in 2019 when he served as the interim coach. The Blue Streaks came up short in that game, but displayed major improvement after previously falling to William Fleming in their season opener that same year by a score of 52-10.

“I definitely think having that experience and having a lot of returners this year in the postseason will help us,” Harrisonburg junior quarterback Keenan Glago said. “I think we’ve picked up momentum at the end of the year and we’re familiar with this team. I think we have a lot we’re building off of going into this game.”

The path for the Blue Streaks to reach the playoffs this season wasn’t easy. Harrisonburg lost back-to-back games to Turner Ashby and Rockbridge County after an ugly 6-0 win over Waynesboro in the opener. In between all of that, they dealt with COVID-19 issues in the program and the hospitalization of Glago at one point.

It took until the final week of the season, when Harrisonburg defeated Broadway and Spotswood in a four-day span, for the Blue Streaks to punch their playoff ticket.

“We struggled at the beginning of the season but as the year went along, our connections grew,” Harrisonburg receiver and defensive back Guillermo Lopez said. “Our attitude changed. The coaching staff helped us all improve as a whole.”

Carico’s ability to relate to his players is a big reason, they say, things changed.

“It definitely changes a lot,” Lopez said of Carico’s unique coaching style. “He’s a player’s coach, you know? He’s always there for you if you need something. He never brings you down and is there to support you in whatever you need to do.”

The Blue Streaks certainly don’t lack energy, and it shows from their young coaching staff to the players on the sidelines and the field throughout the games this year.

“I think it’s very important,” HHS linebacker Dante Edwards said. “It took us a bit to get used to, but I love bringing energy to the game and bringing it to my teammates. I feel like it’s a big part of our success. We have to stay hype and get a big stop. We want to turn the game around and get that stop. We’re always looking for that big hit or play on defense just to help our offense get its momentum going.”

That Harrisonburg defense has certainly been the backbone of this year’s squad.

Playing with a swagger and sense of urgency at all times, the Blue Streaks have given up just nine points per game in their three wins during the regular season.

“I see so much more confidence, especially for our defense,” Harrisonburg offensive lineman Joel Alvarado said. “Once our defense gets that big stop, that just motivates our offense to put points on the board. It really comes in clutch when we get these turnovers and swing the momentum and stuff like that.”

With the different issues early in the season, in-person time was limited. Since then, Carico said the six captains of the team — Glago, Edwards, Lopez, Alvarado, Xander Collazo and Yahir Garcia — have come together and helped the team truly bond.

“When we picked those captains, they all signed a contract with me that said they have stipulations on the field and in the classroom,” Carico said. “They are held to a high standard. Everyone has followed that, for the most part, and it’s not just those six guys. It’s all 54 of our guys and those six just help lead them along.”

As the Streaks went through practice this week, energy was at an all-time high.

“This team just really grew together after the Broadway game,” the soft-spoken Garcia said. “We just came close together — more like a family. We were really bummed early in the year, but it’s a different feel around here now.”

Alvarado said the team aims to get “one percent better” every day and as more wins come, confidence continues to grow within the Harrisonburg locker room.

“We know everyone is fighting for their lives now,” Alvarado said. “It’s lose or go home. We know the type of team we’re playing and we know it’s going to be a dogfight this Friday. We’re just going in with the mentality that we have to whip the man in front of us every single play.”

Now sitting in a win-or-go home situation, the Blue Streaks insist they are thankful.

After all the adversity faced and the storylines they’ve created, the opportunity to play is all that matters for a program with as stories of a past as any around.