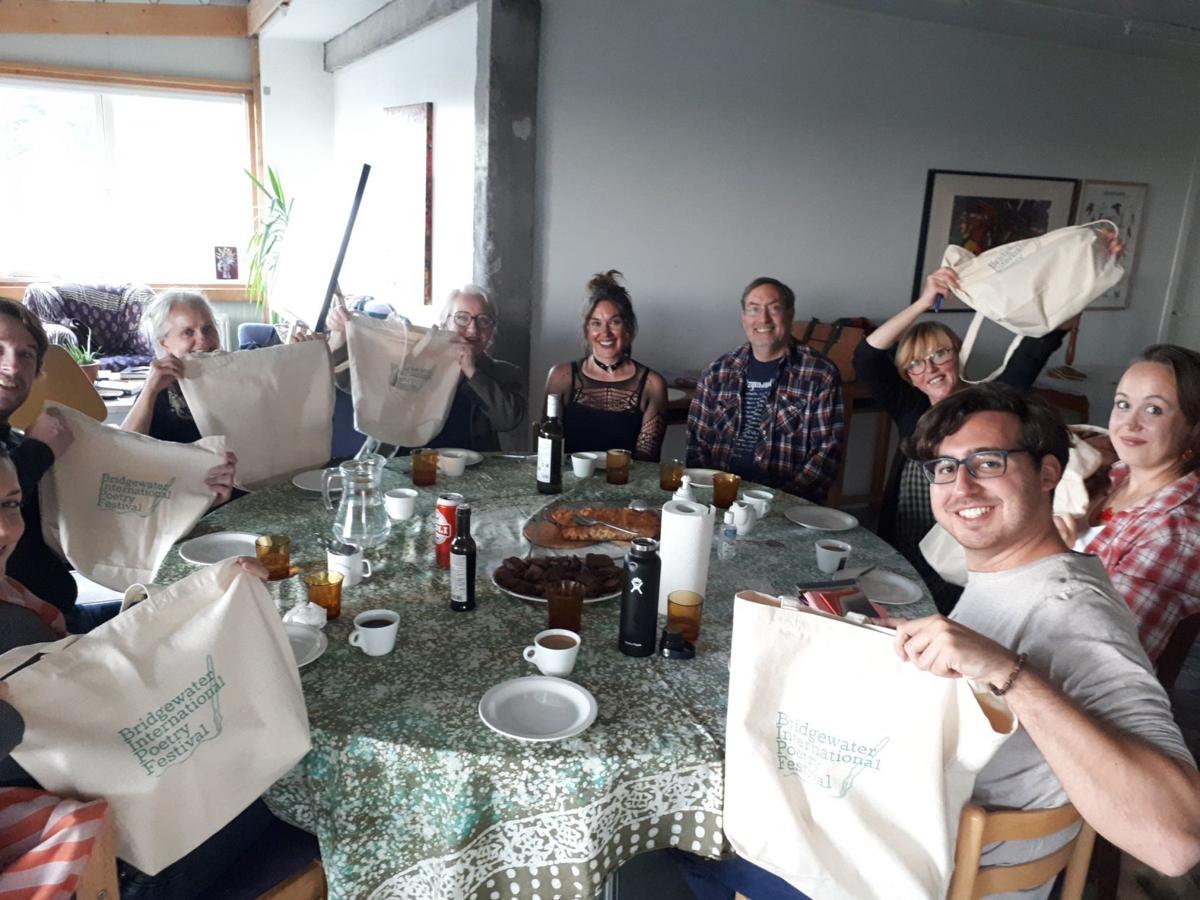 Festival co-directors Nicole Yurcaba and Stan Galloway, center back, sit at a table with writers in Iceland for a meeting about the fall 2020 festival in July. 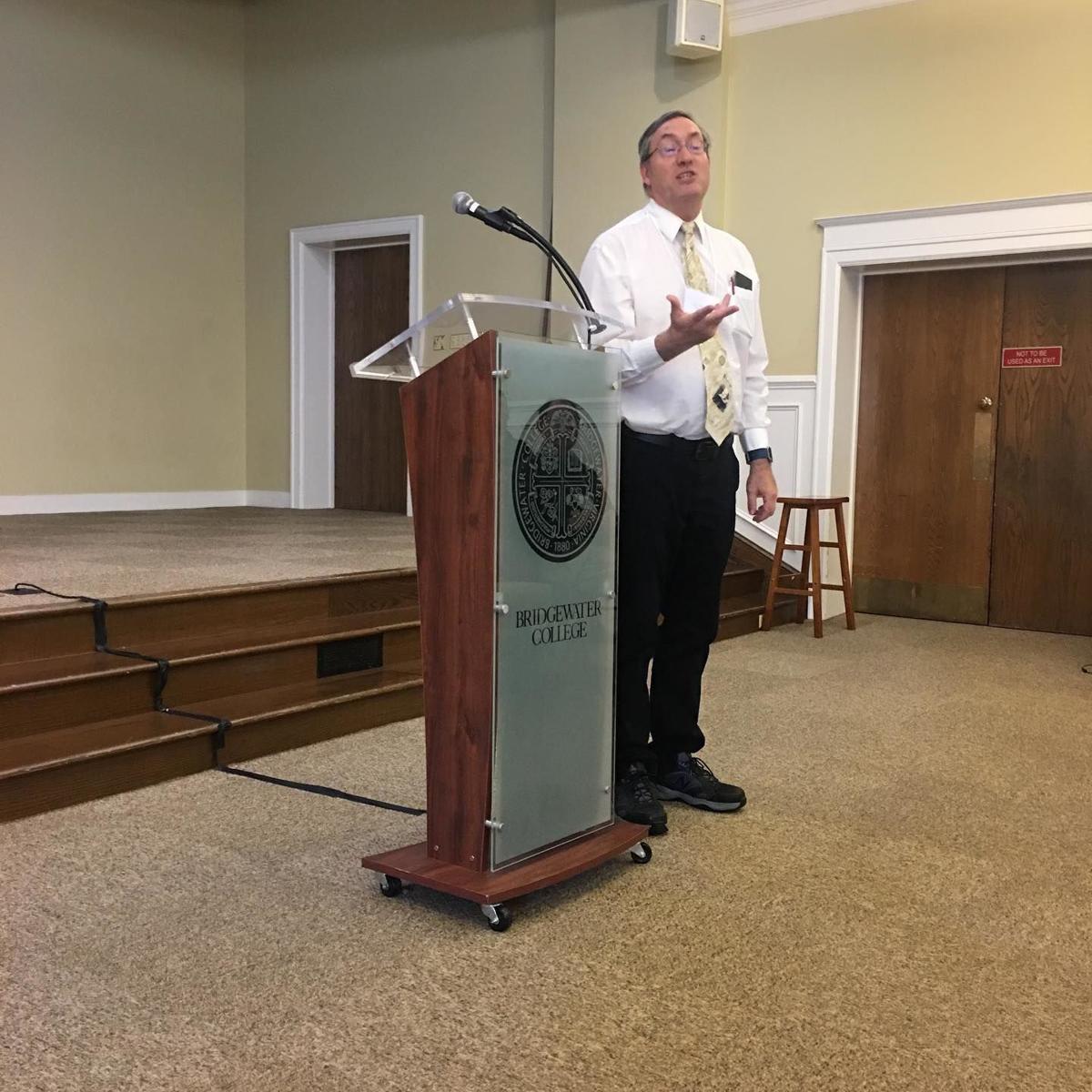 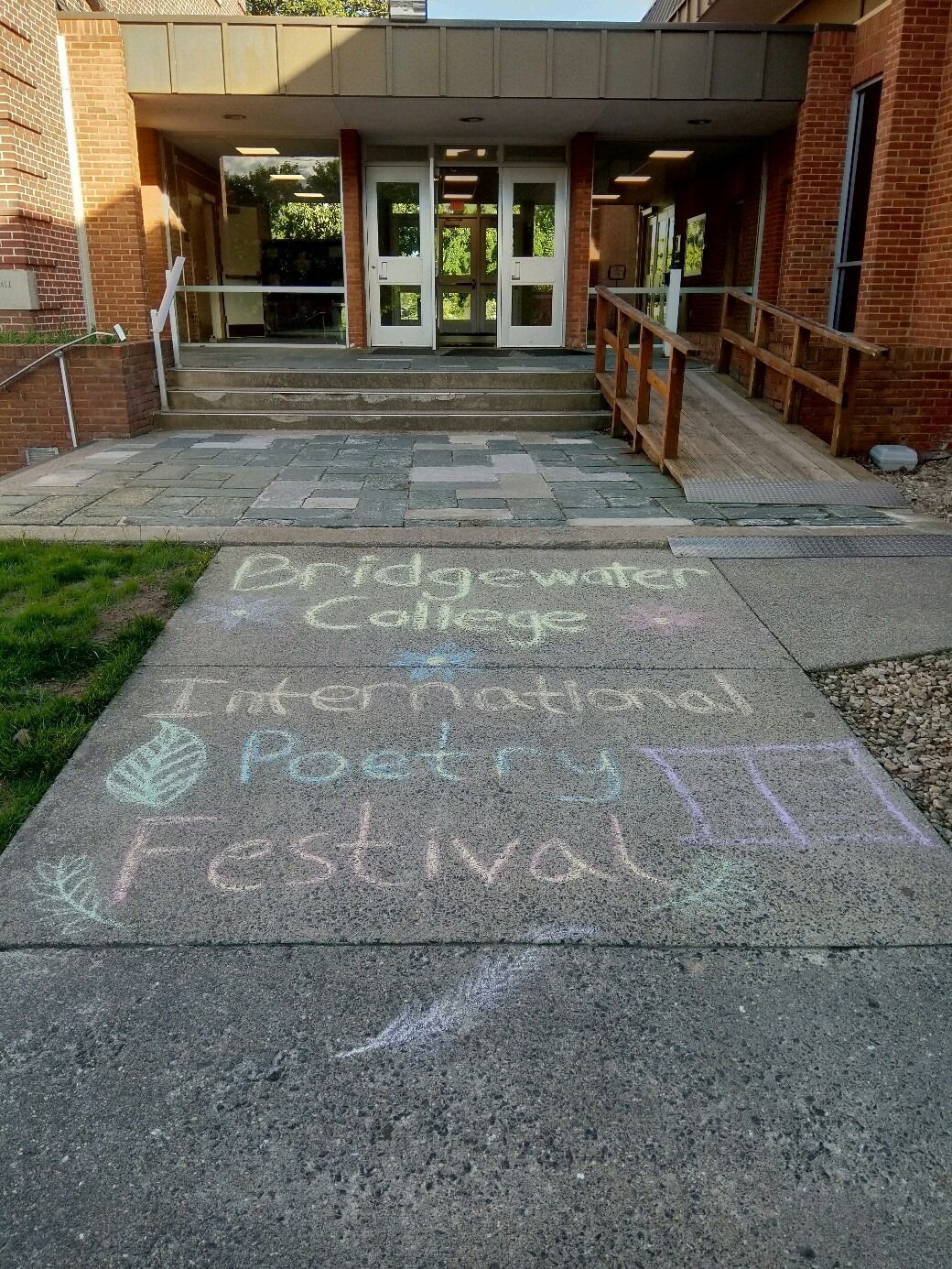 Volunteers decorated the sidewalk leading into a building at Bridgewater College to welcome participants and poets to the 2019 Bridgewater International Poetry Festival. 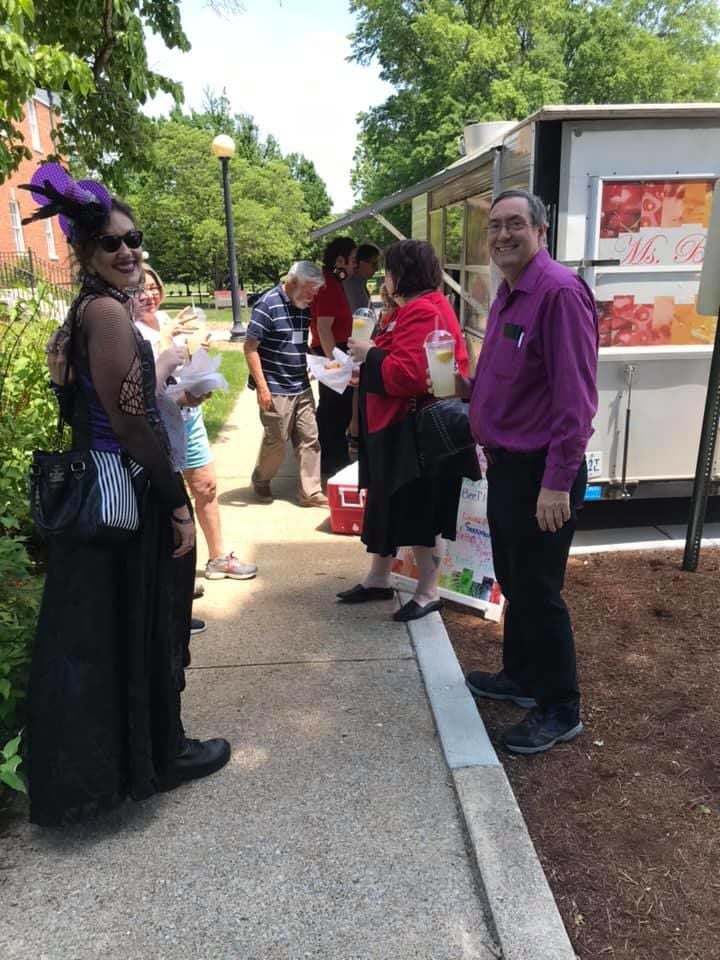 Festival co-directors Nicole Yurcaba and Stan Galloway, center back, sit at a table with writers in Iceland for a meeting about the fall 2020 festival in July.

Volunteers decorated the sidewalk leading into a building at Bridgewater College to welcome participants and poets to the 2019 Bridgewater International Poetry Festival.

Nicole Yurcaba is a Ukrainian American poet and professor at Bridgewater College who has been closely involved in the Bridgewater International Poetry Festival since its inception seven years ago. A world traveler and literary artist who celebrates diversity and equity, her prominence and role as assistant director has directed the cross-cultural poetry festival into the celebration of humanity and existence that it is today.

Because of COVID-19, this year’s annual event was delayed from May to November and pushed online, but that is far from the greatest change to impact the festival. Bridgewater College announced last month that it planned to lay off 13% of employees, and Yurcaba is one of several to be let go come June 30.

On Monday, the festival’s fall 2020 event kicked off on YouTube and will run until Thursday with playlists from global poets speaking on a variety of topics, both specific to their identities and countries as well as interpersonal across the spectrum of shared humanity.

When Yurcaba began her involvement in the festival as a guest poet, she said the greatest contribution of the festival was its broad celebration of writers across various backgrounds, which provided her and fellow participants a sense of support and belonging. In 2017, Yurcaba joined the festival as co-director in hopes to further share that wealth of universal connection and bridge poetry around the world.

More than 50 international poets are being amplified during this year’s festival to viewers through virtual readings and lectures, including Thomas McColl of London, Takudzwe Chikepe of Zimbabwe and Nada Faris of Kuwait.

Jose Padua is a featured poet this year based in Washington, D.C., participating in the festival for the first time. For his submitted video, Padua will read a poem he wrote touching on life in the U.S. during the ‘60s with a focus on the social unrest that ties to modern politics. Having lived in Front Royal for 10 years before moving to the capital, Padua said it’s incredible this year was his first learning of the festival, which has impressed him in its array of global perspectives.

“It seems like it’s truly an international offering of poetry,” he said. “Here in D.C., it’s so easy to find poetry but in the Shenandoah Valley, I think it’s really important to bring literature and poetry and all the other arts out there.”

On Nov. 6, the Bridgewater College board of trustees approved recommendations to eliminate programming that will result in 40 faculty and staff layoffs based on feedback to find areas where resources could be reallocated as part of the college’s strategic plan approved in 2018.

In past years, Yurcaba had her publishing and marketing students take over executive roles in hosting the festival, but the virtual transition posed a new opportunity for the students to manage submissions and solicitation with poets in advance of the event. Without her connection to the college, she said students will lose that priceless experience connecting with professionals in the field, a disservice to students and the community at large.

“Students get firsthand experience with people working in the publishing industry and now they won’t have that because of that decision,” Yurcaba said. “There’s nobody who has the networking and management connections like I have to make something like this happen, as well as the industry connections.”

Sam Brown, a 2020 Bridgewater College alumnus, performed at the festival for three years and served as an intern for the festival during her senior year. Brown took two courses dedicated to preparing for the poetry festival with Yurcaba and said the loss of her mentorship and experience to students is a tragic loss.

“It’s extremely disheartening to hear about her being let go. Professor Yurcaba is extremely supportive of her students, and she helped give us networking opportunities with writers and editors all around the world,” Brown said. “The loss of her as a staff member and the festival is difficult to come to terms with.”

Brown described Yurcaba’s heritage as a noteworthy element in their studies that delicately played into students’ learning and said the loss of any diversity in faculty is a loss to academia.

“Hearing about her and other people of color affected by the changes Bridgewater is making is saddening to me as both a former student and as an artist,” Brown said.

To establish a rapport with poets around the world, Yurcaba and fellow co-director, professor Stan Galloway, have traveled from Austria to Iceland promoting the festival in past years. Because of the college’s layoff decision, Yurcaba said the festival will go into hiatus following this year until she finds stable work to continue supporting her family, as the sole financial provider for her parents and self, and then the festival will be rebranded and relocated to a more supportive institution.

Yurcaba said the decision to move comes both from her career and financial displacement as well as the overarching termination of several women faculty members.

“We have always valued inclusivity and diversity and equity,” Yurcaba said. “It was mainly women who were dismissed. ... Their actions proved they do not value those things, so we had a long conversation about how we’ve had representation from all different countries, all different cultures, and they’ve all had a home here at BIPF, and we couldn’t have it at an institution where those same things don’t seem to be valued.”

Galloway and Yurcaba are seeking a new home for the festival. Supporters can stay current on the festival’s evolution through its various social media platforms and website.