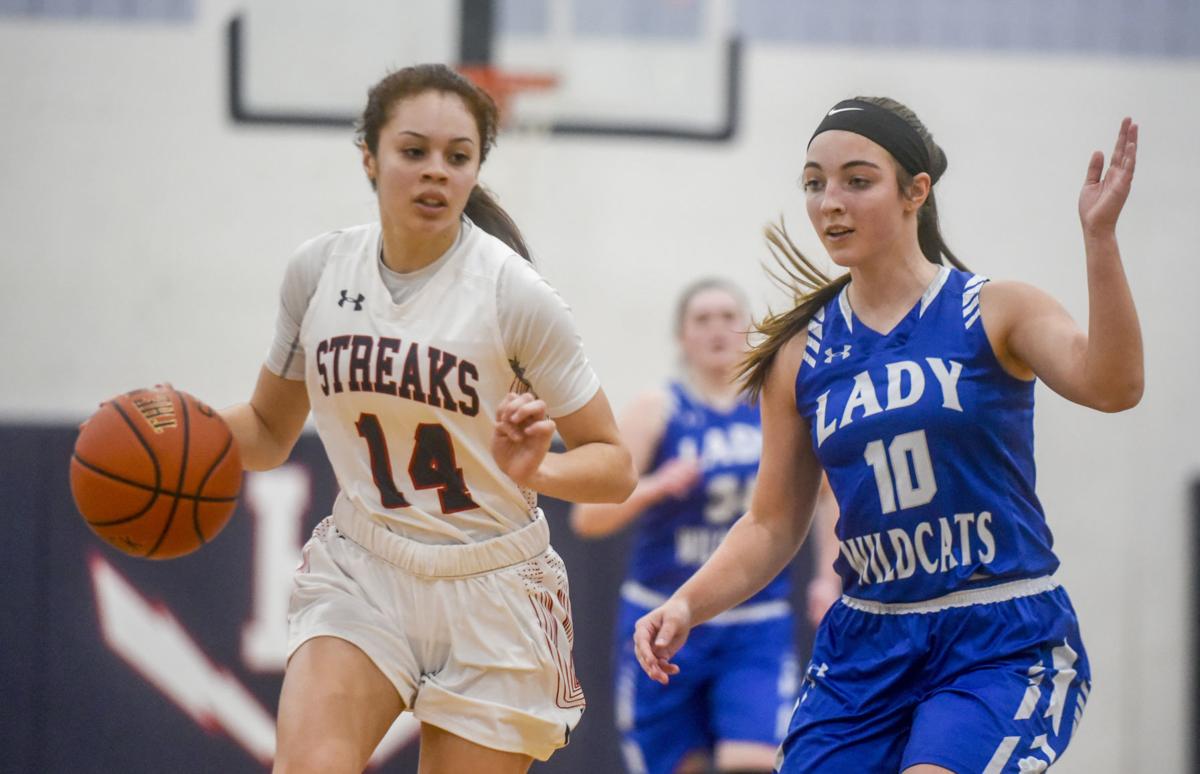 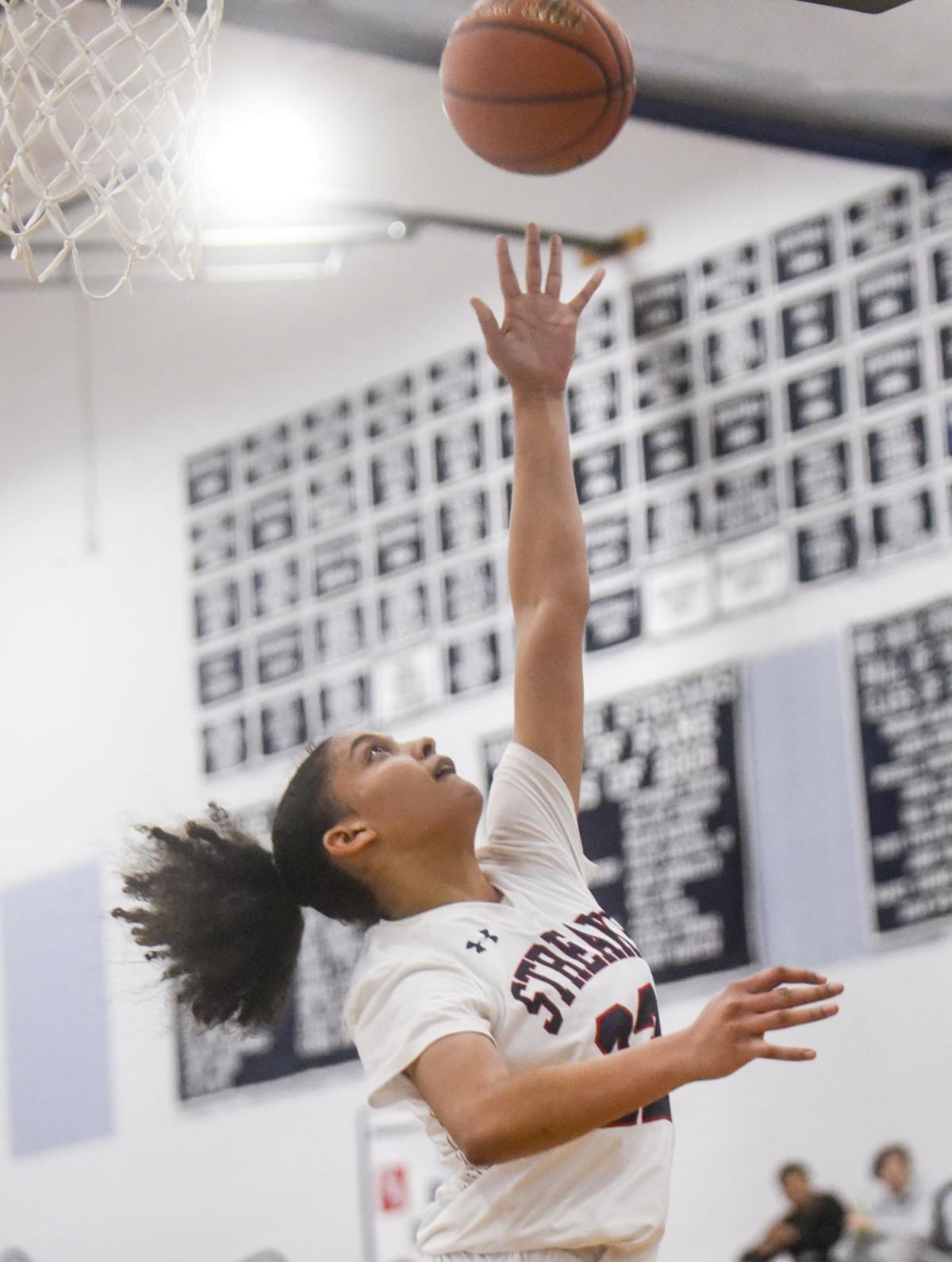 It’s been a season of up-and-down play for the Harrisonburg girls basketball team.

The Blue Streaks are one of the youngest teams in the city/county, with no seniors on their roster, and their inexperienced has shown throughout an inconsistent start.

On Thursday, however, Harrisonburg took a step toward getting back on track as it used a second-quarter run to pull away and take control in a convincing 58-43 win over Rockbridge County in the Valley District opener for both teams at Roger Bergey Court at HHS.

“We talk about this all the time among the coaches,” Blue Streaks coach Durmount Perry said. “We know we’re going to have these ups and downs, but right now, we’re just trying to work on consistencies in the game. We have to be consistent. We’re still not seeing as much as we want to out of them, but we are seeing improvement.”

One player that’s been steady for Harrisonburg this season has been Mariah Cain.

After a strong debut as a freshman a year ago, the sophomore guard has continued to build off it and entered Thursday as the district’s leading scorer at 17.8 points per game.

Against the Wildcats, she had her best game yet with a season-high 26 in the victory.

It was the Blue Streaks’ defense that impressed their coach the most, though, as they continuously forced Rockbridge into tough spots and took advantage of turnovers.

“Tonight, I came out and challenged them before we even stepped out here,” Perry said. “I said, ‘Look, I want y’all to play defense as hard as y’all can. Defense wins games. I want y’all to come out and have a lot of energy and effort on defense to start the game.’”

HHS went on a 12-0 run to start the second quarter and never was in danger as the Wildcats didn't get closer than 13 points.

Of Harrisonburg’s five losses this year, three came to Class 5 opponents, one to a Class 4 team and the other was to Class 3 Western Albemarle — a well-respected program.

Perry said that tough non-district slate will only make his team better in the long run.

For the Wildcats (3-4, 0-1 Valley), Emily Galford had 17 points and Phynely Stores and Graceon Armstrong finished with six apiece.

“I hope it gives them a little bit of confidence,” Perry said. “But at the same time, we’re telling them, ‘Hey, this is where we’re making our mistakes at tonight. This is what we have to do to get better.’ This is a good team here, but we’re going to go against a lot of teams out there that are coming at us. We have to be ready to battle.”