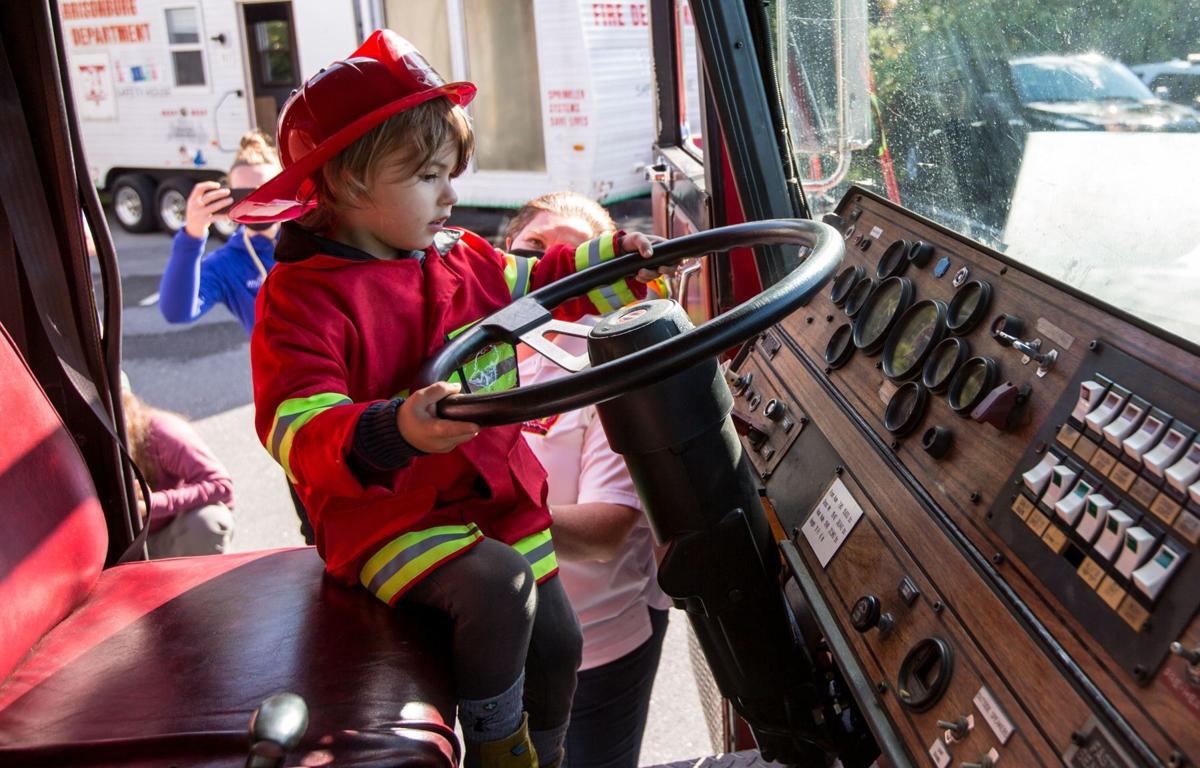 Elroy Richardson, 3, of Harrisonburg, sits in the driver’s seat of a Harrisonburg Fire Department fire engine during an Appalachian Forest School field trip as part of Fire Prevention Week on Monday. 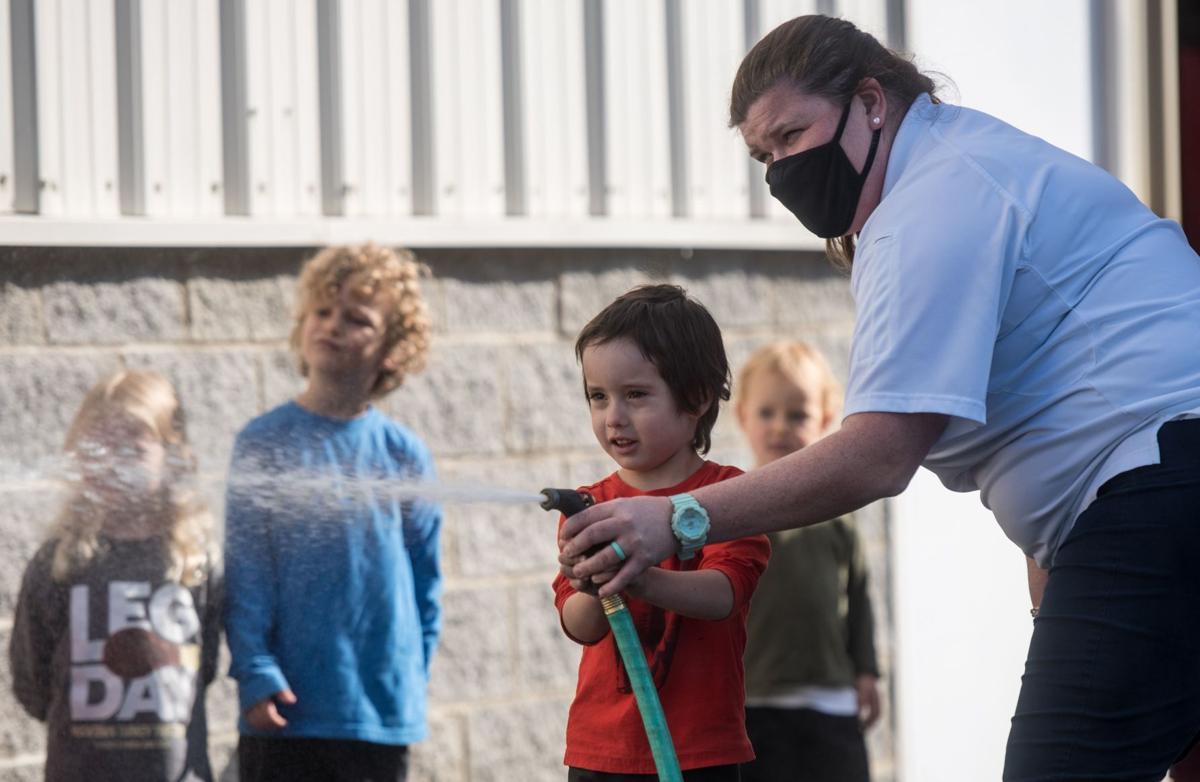 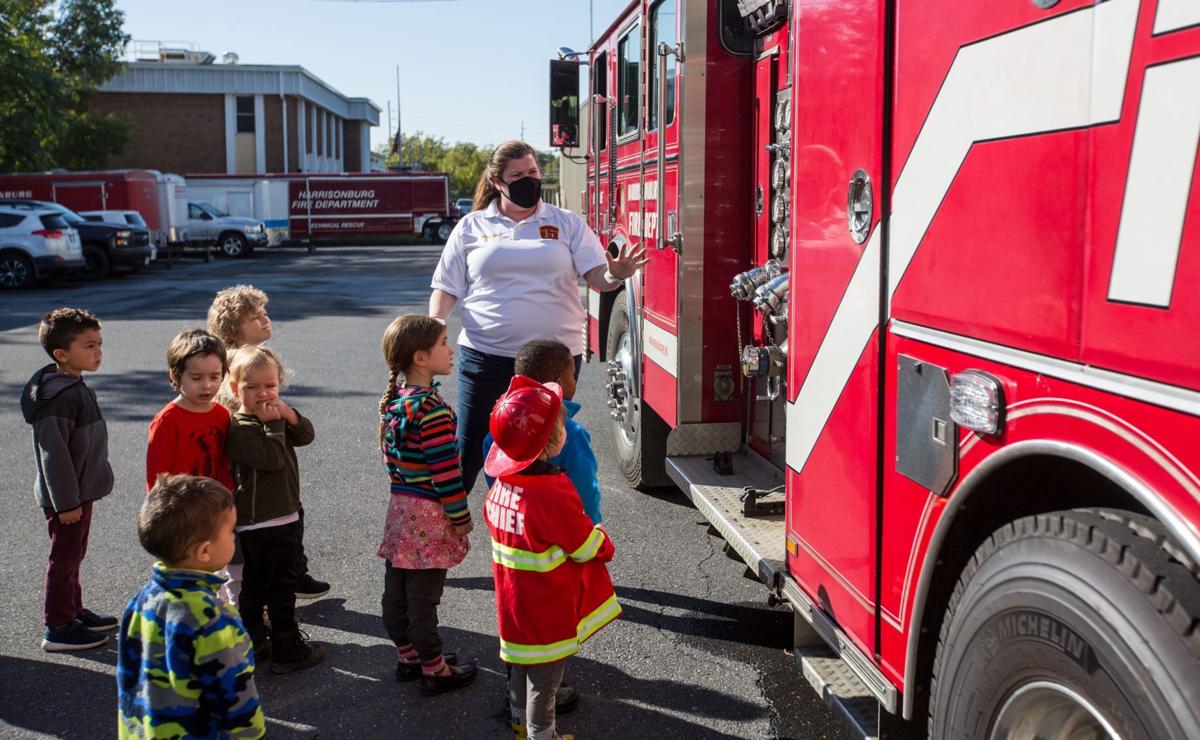 Elroy Richardson, 3, of Harrisonburg, sits in the driver’s seat of a Harrisonburg Fire Department fire engine during an Appalachian Forest School field trip as part of Fire Prevention Week on Monday.

Decked out in his own firefighting outfit, 3-year-old Rodin Cairdeas climbed aboard Engine 21 Monday morning at Harrisonburg’s fire station on Maryland Avenue.

He got behind the wheel and pretended to head to a fire.

“I like playing with my fire trucks at home,” the Harrisonburg resident said. “When I grow up, I can go to emergencies.”

Rodin was among 10 preschool students from Appalachian Forest School in Harrisonburg to visit the fire station as part of Fire Prevention Week, which kicked off Sunday.

In normal years, the Harrisonburg Fire Department sets up an exhibit at the Valley Mall, but because of COVID-19, that was scrapped this year.

Instead, the same displays were set up at the Maryland Avenue fire station.

She said hosting the exhibit at the fire station allowed firefighters to have more control over safety measures and be able to limit the amount of people allowed in at one time.

Each day this week, the fire station will host field trips from local schools.

Stevie Lee, director of the Appalachian Forest School, said it was the first year she brought students to see the exhibits.

She said her students are constantly talking about firefighters, especially when they are in the forest.

“They’re always picking up sticks and pretending to put out fires,” she said. “They’ve been looking forward to [the tour] for weeks.”

The exhibits are open to the public this week from 4 to 7 p.m.

The annual tradition is always held the week of Oct. 9 to commemorate the Great Chicago Fire in 1871, which killed more than 250 and left 100,000 people homeless.

Each year, the National Fire Protection Association selects a theme for Fire Prevention Week. This year’s theme is “Serve Up Fire Safety in the Kitchen.”

According to the association, cooking is the leading cause of residential fires. The organization states that 44% of home fires start in the kitchen.

“We’re seeing an increase in fires,” she said. “People are spending more time at home and more time cooking.”

Stehle offered several tips to prevent cooking fires: never leave food cooking unattended, turn off the stove if you leave the room, use a timer to remind you when food should be done, and keep a 3-foot “kids zone” around the stove when hot food or drinks are being prepared.

Additionally, she said, residents should have an escape plan in case of a fire.