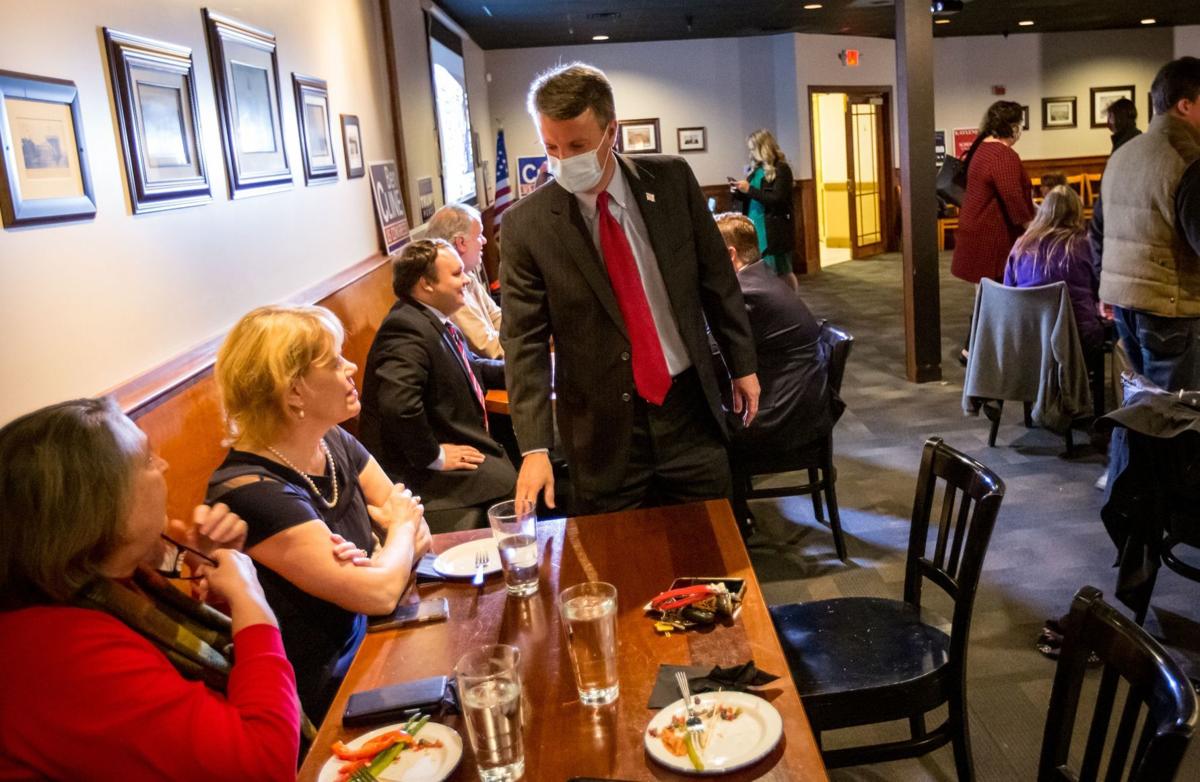 U.S. Rep. Ben Cline, R-Botetourt, talks with supporters as he arrives at a Rockingham County Republican Committee watch party at Capital Ale House in Harrisonburg on Tuesday after being declared the winner of the 6th Congressional District race. 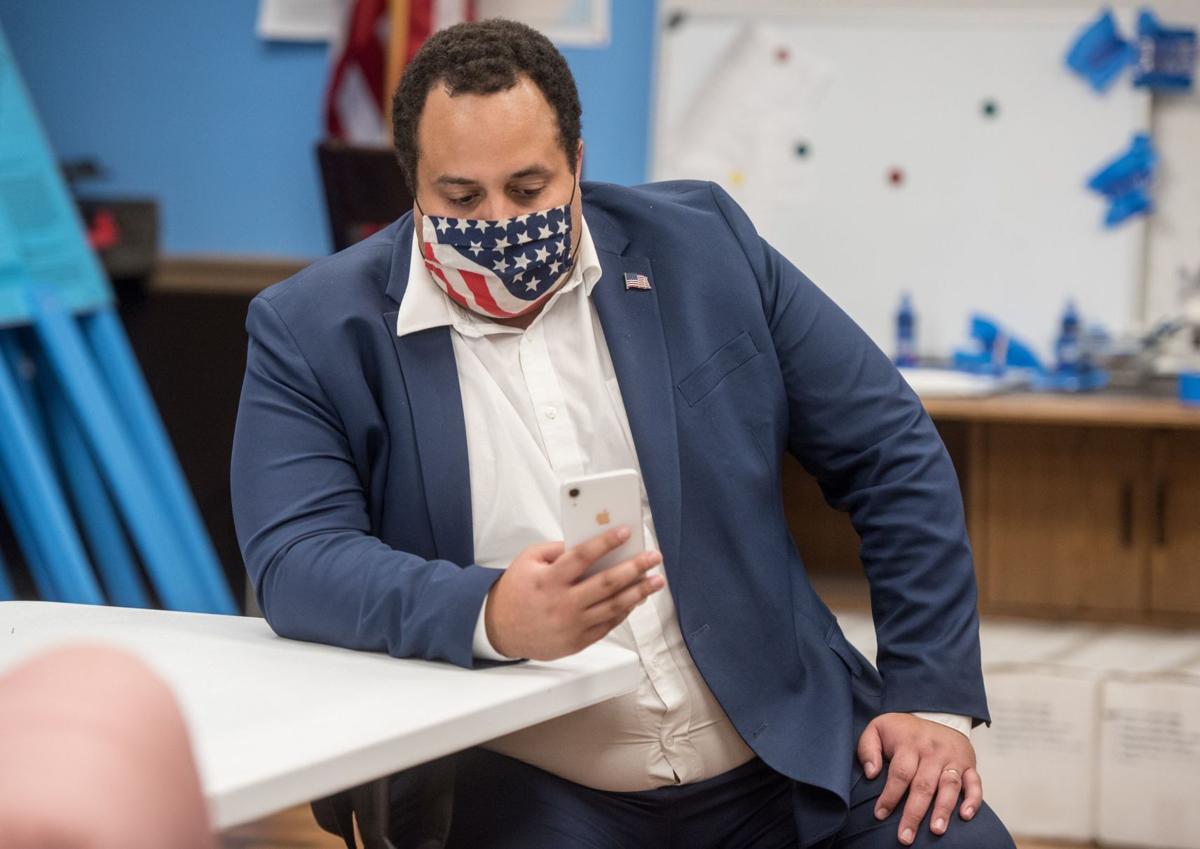 U.S. Rep. Ben Cline, R-Botetourt, talks with supporters as he arrives at a Rockingham County Republican Committee watch party at Capital Ale House in Harrisonburg on Tuesday after being declared the winner of the 6th Congressional District race.

U.S. Rep. Ben Cline, R-Botetourt, has played legislative ball since 1994 and served in the Virginia General Assembly since 2002, and he shows no sign of slowing down.

After months of campaigning, Cline looks to be adding another notch in his belt with a vote count of 173,290 to 74,141 in his favor as of 10:25 p.m. for two more years representing Virginia’s 6th Congressional District in the U.S. House of Representatives. The Associated Press called the election in Cline’s favor at 8:34 p.m.

Nicholas Betts, of Lexington, was the Democrat challenger, Cline’s first opponent as an incumbent in the House.

“We didn’t stop from the very beginning reaching out to voters and talking to everyone about the issues that were important to them,” Cline said. “I’m always proud to run a positive campaign focused on the issues, and I feel like we’ve accomplished that goal again this year.”

Gavin Phillips, of Harrisonburg, has cast red ballots for 25 years. He said he started working when he was 16 and works day to day, paycheck to paycheck as a truck driver. Republican candidates represent a work ethic he both respects and understands, and that’s why he said he is a staunch Republican.

“I don’t think the Democratic Party is doing anything to help the American people who go out and work every day,” Phillips said. “Whether congressmen or senators, they don’t do anything but talk to lobbyists.”

Dayton resident Carolyn Lambert went to the polls with her husband, Raymond, Tuesday afternoon. The couple voted Republican up and down their ballots, and Lambert said she was glad to support Cline because she’s happy with the work he’s done.

“He does what he says he promises,” she said. “He loves the country, and he loves the people.”

Raymond Lambert said he is one of many Christians who prayed for the election to result in overarching red wins.

“I believe it’s going to go Republican,” he said. “Most all your Christians are praying for it.”

Prior to his 2018 election to House of Representatives, Cline was an attorney, and from 2007 to 2013, he served as an assistant commonwealth’s attorney for Harrisonburg and Rockingham County. He is currently a member of the House Judiciary Committee and Education and Labor Committee.

Betts spent his final day running on the trail, starting in Lynchburg and stopping at polls from Roanoke to Harrisonburg. He said he felt optimistic by midday “watching democracy in action” while interacting with voters, and he was proud looking back on his run.

Over the years, Cline has pushed for bipartisan legislation while representing the agricultural western region of Virginia, he said, and constituents can expect the same leadership moving forward.

“I focused on maintaining, standing on Republican principles but reaching across the aisle to get things done, and I’ll continue to do that,” he said.