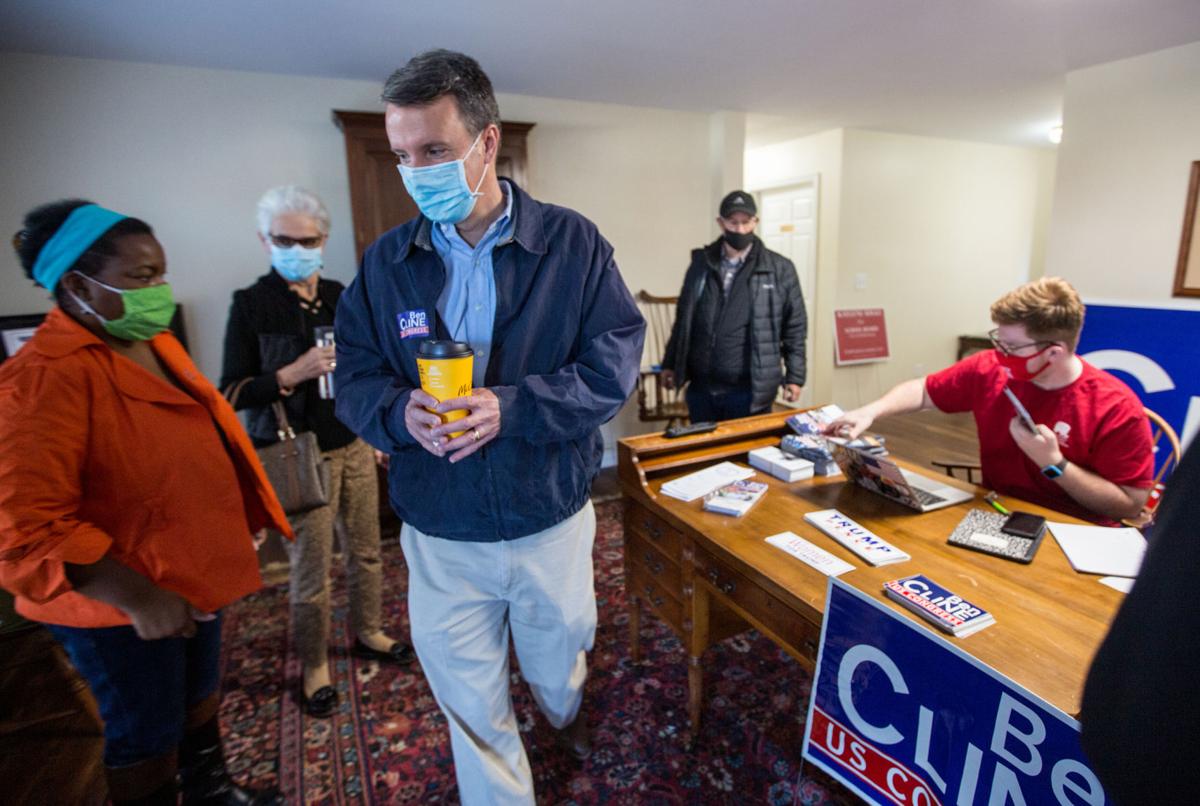 Rep. Ben Cline, R-Lexington, walks through the local Republican Party headquarters before campaigning door to door through the area Saturday. 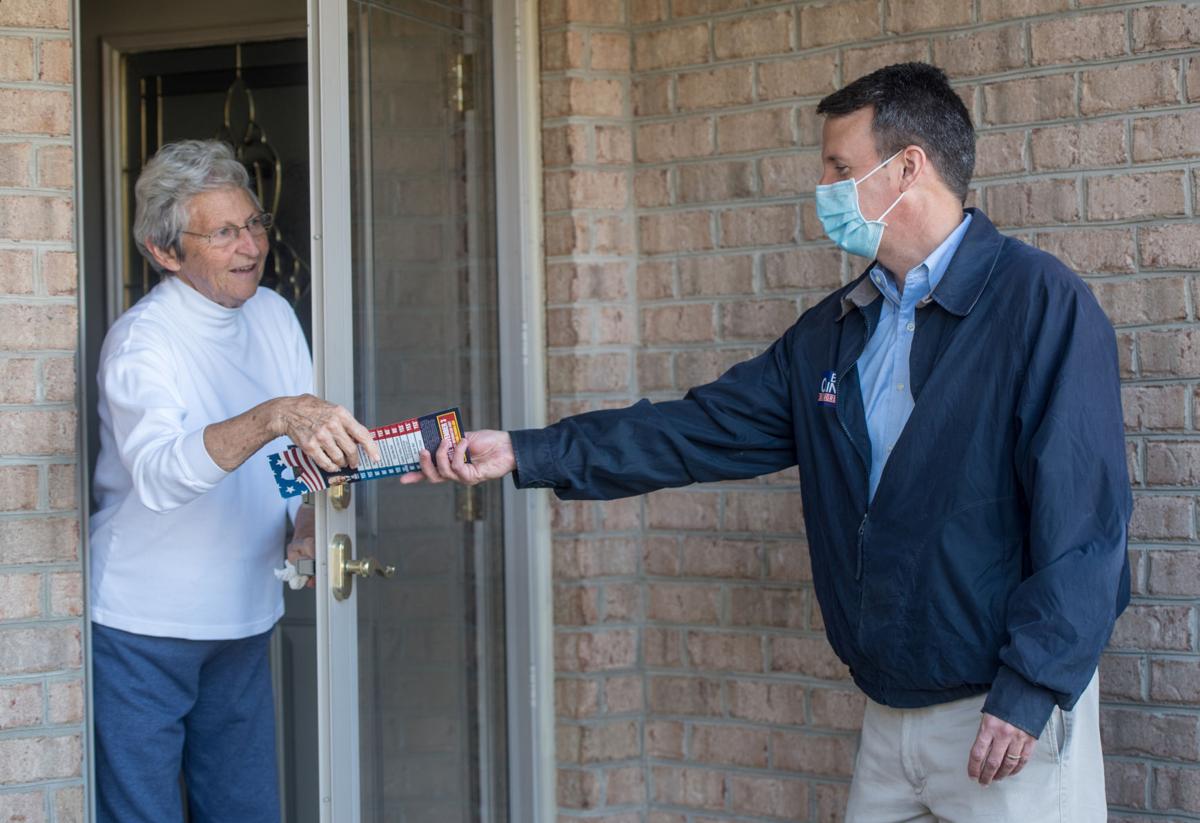 Rep. Ben Cline, R-Lexington, gives a flyer to Harriet Moyers, of Harrisonburg, as he campaigns Saturday.

Rep. Ben Cline, R-Lexington, walks through the local Republican Party headquarters before campaigning door to door through the area Saturday.

Rep. Ben Cline, R-Lexington, gives a flyer to Harriet Moyers, of Harrisonburg, as he campaigns Saturday.

In August, James Madison University senior Eli Galiano knocked on his first door in the Shenandoah Valley while campaigning for area Republicans.

Heading into Saturday, Galiano knocked on roughly 1,800 doors in the Harrisonburg area. By Election Day, he plans to have visited more than 2,000 doors in hopes of reelecting U.S. Rep. Ben Cline, R-Lexington.

Galiano was among roughly a dozen local Republicans to gather at the party’s South Main Street headquarters Saturday for a last-minute rally with Cline. The rally was followed by campaigning in various Harrisonburg-area neighborhoods.

Cline aimed to pump up the volunteers before they hit the streets.

He said it’s time to shift the power in the U.S. House of Representatives and remove House Speaker Nancy Pelosi, D-Calif.

“Hopefully we can take the gavel back from her hands,” Cline said.

“This election is the most important election of my lifetime,” Massoud said. “I’ve been involved in Republican politics since the 1980s and there hasn’t been a time when the country has been in more danger than it currently is.”