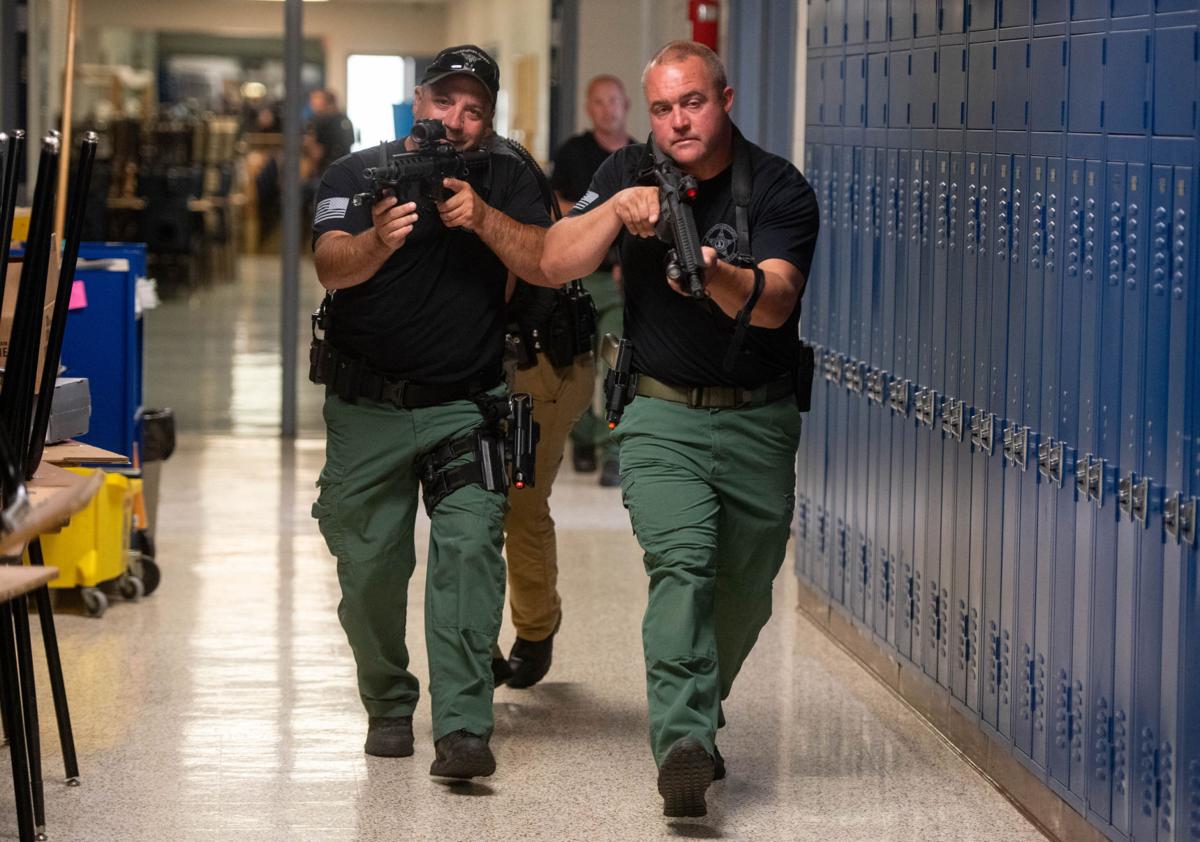 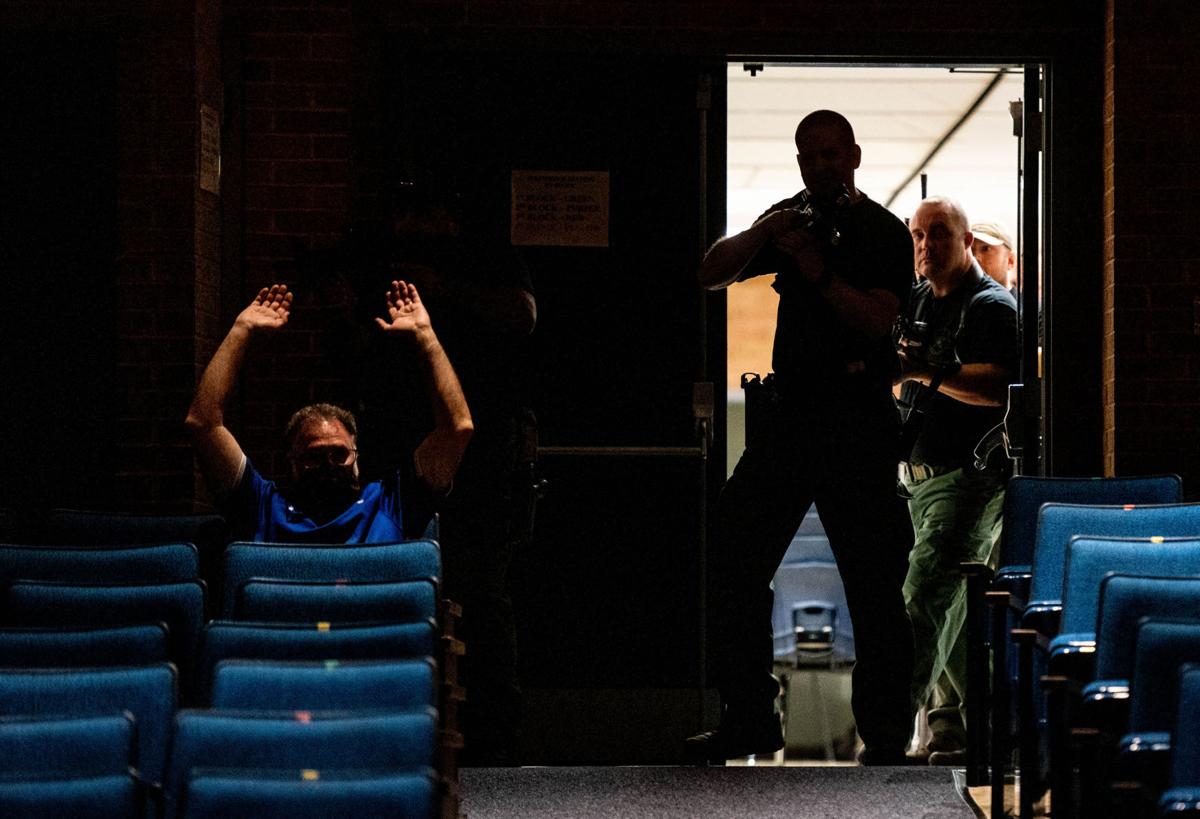 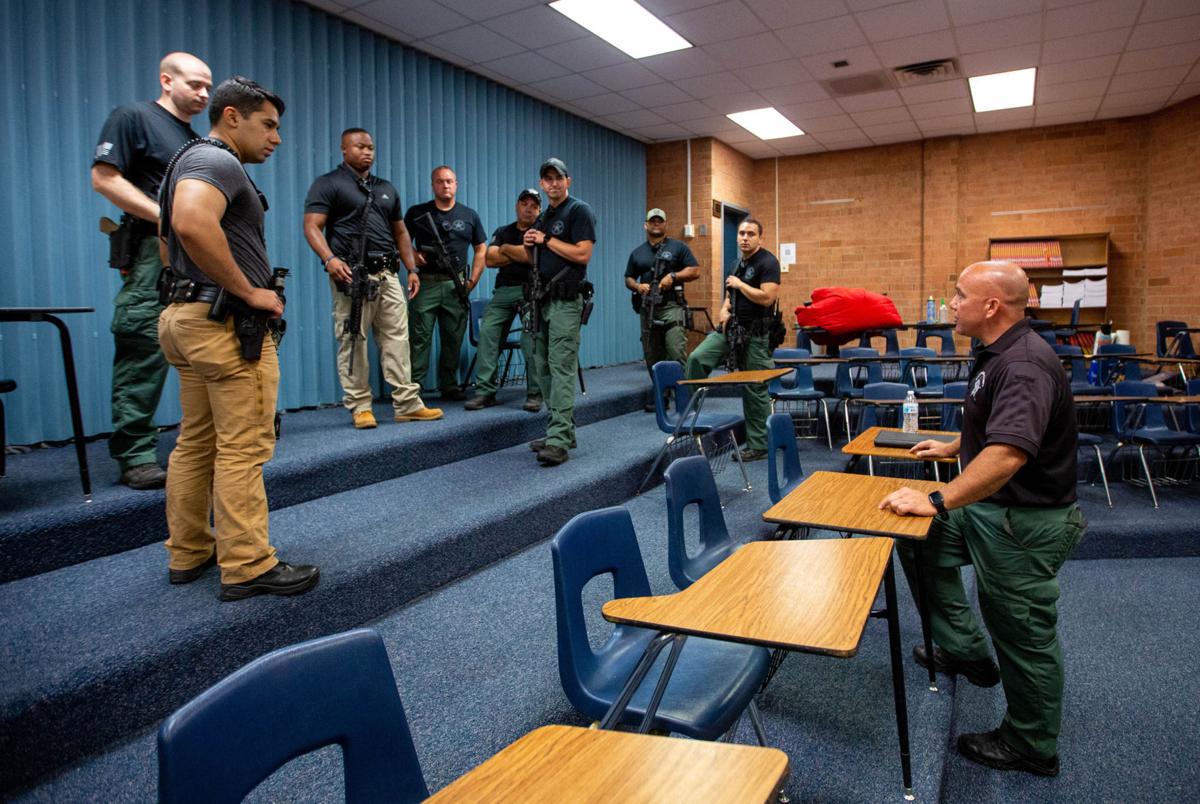 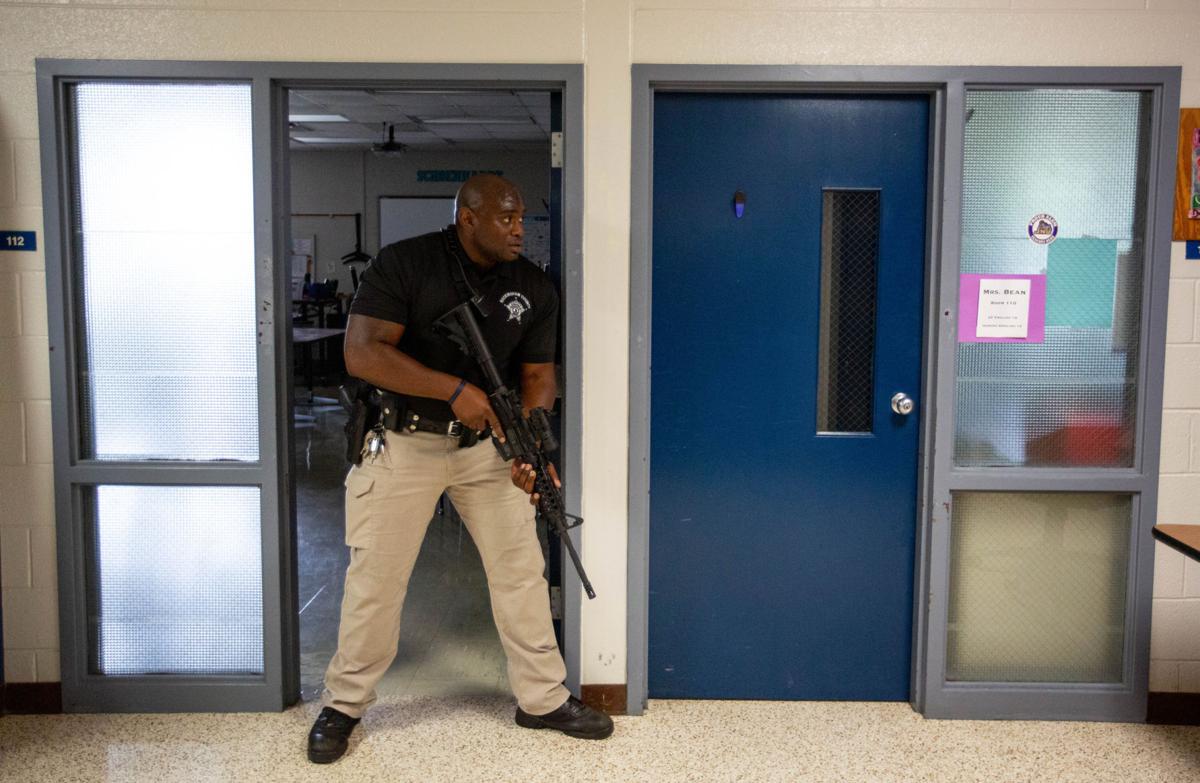 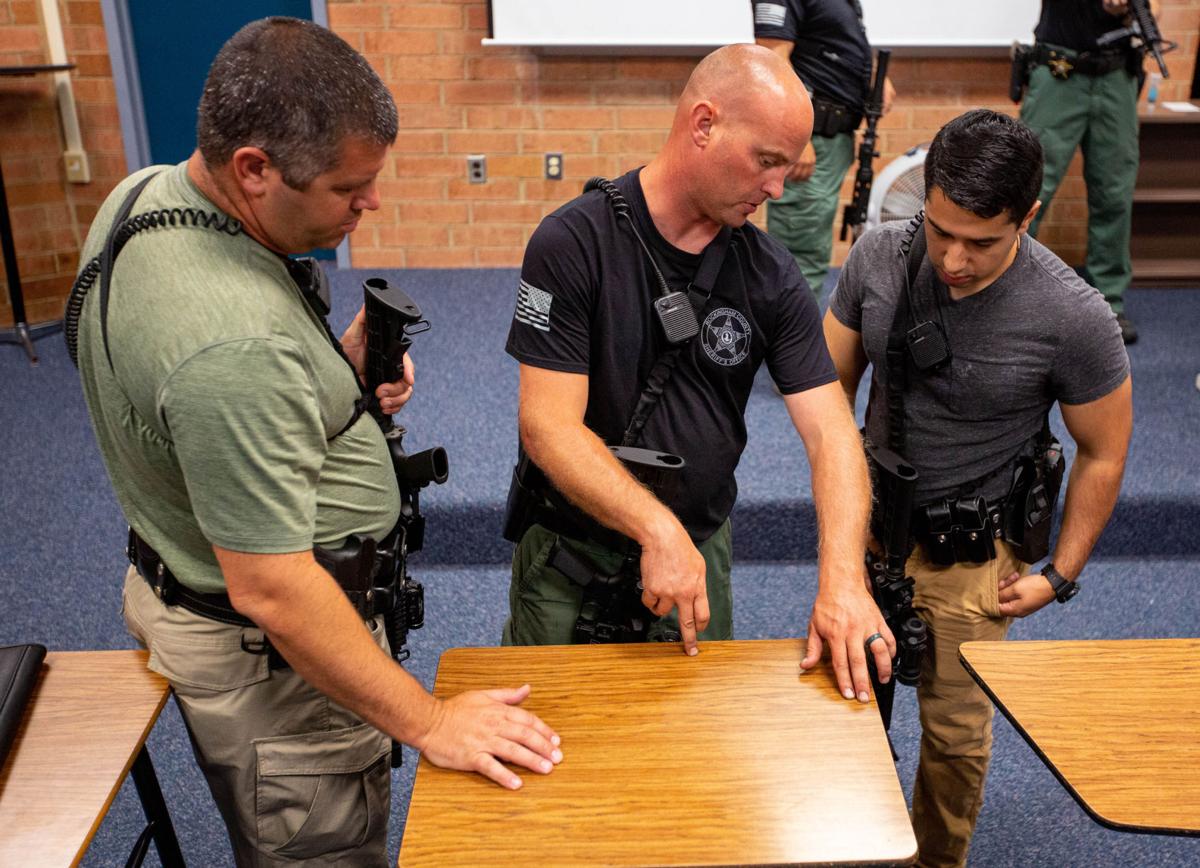 Within moments, the threat was eliminated.

Good was among roughly 20 Rockingham County sheriff’s deputies to participate in an active shooter drill.

Good, who started his career with the sheriff’s office in 1998, served for four years as the school resource officer at Broadway High School.

In 2012, he was hired by the Broadway Police Department. He returned to the sheriff’s office in June to fill the newly created SRO position at Rockingham Academy for this upcoming school year.

Good said his main goal as an SRO is to build bonds with students, but he also knows he’s there to keep them safe. He said training helps that.

“Communication is the key to success,” Good said. “The ultimate goal is to protect the students and staff.”

Each year, the sheriff’s office holds an active shooter training at a county school.

He said he tries to create situations to put pressure on deputies.

If a school shooting were to happen, he said, people would be running everywhere as deputies try to subdue the shooter or shooters.

“It’ll be a chaotic situation,” he said.

Fox set up several scenarios, including a shooter on a school bus and inside a classroom.

A school administrator and two teachers were present to watch the scenarios unfold.

“We try to incorporate some of the administrators so they can see how our response will be,” Fox said. “They get to know what to expect.”

Assistant Principal Jeff Bond, who has been in the education system since 1995, watched the day unfold.

He said it’s important for schools and law enforcement to work together.

Bond said one of the advantages of the training is that it allows officers to become familiar with the school.

“It’s comforting to know that they know the building,” he said.

HPD plans to hold another drill at a school in August.