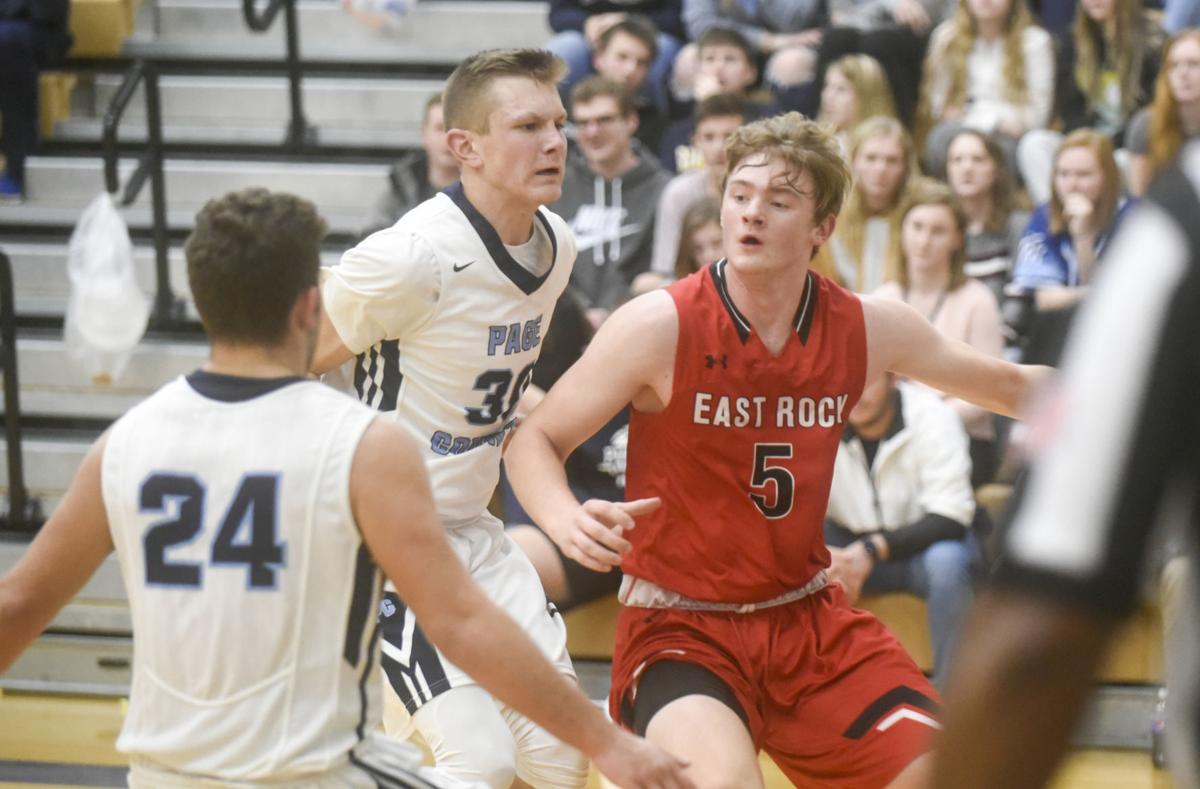 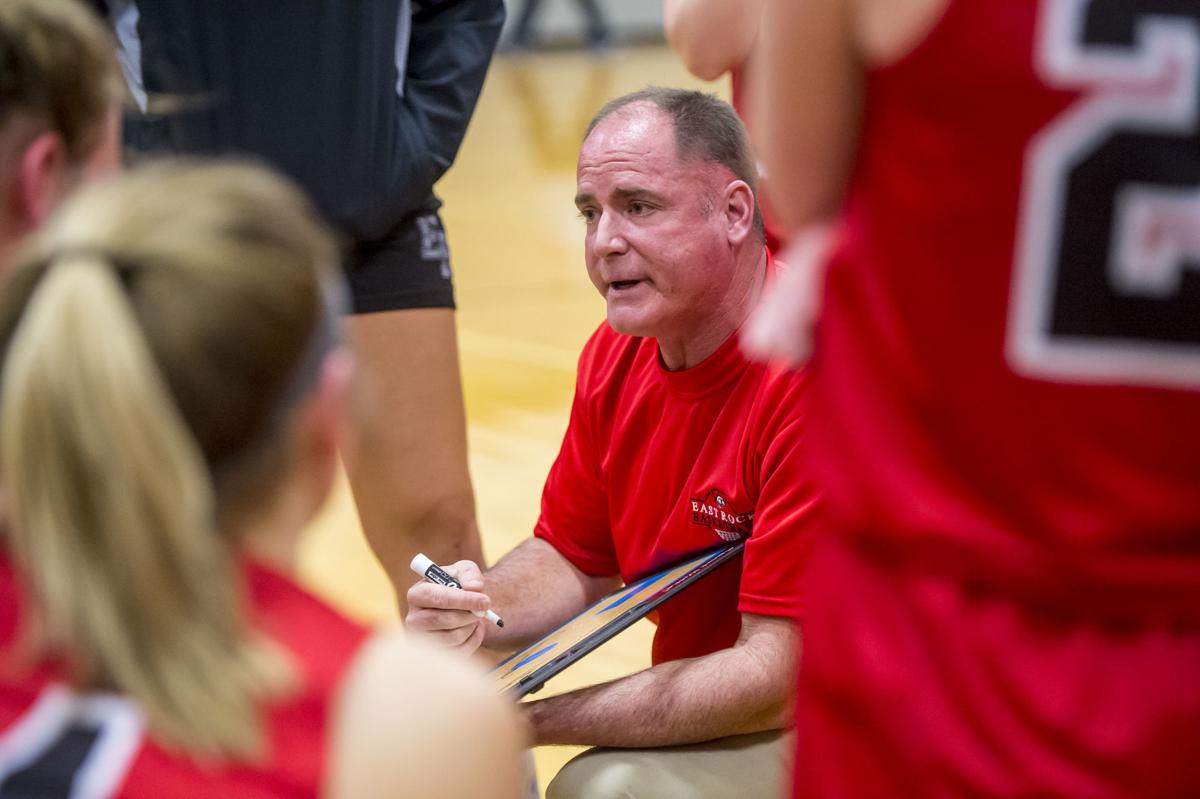 East Rockingham head coach Paul Comer meets with his team between the first and second quarters.

East Rockingham head coach Paul Comer meets with his team between the first and second quarters.

The Bull Run District has seen its share of dominance in both boys and girls basketball this season as the league welcomed four new teams from the Shenandoah District.

On the boys’ side, East Rockingham has dominated with a perfect district record.

As for the girls, Strasburg and Luray both have just one loss on their resume — they split their season series — and will likely meet several more times this postseason.

Despite the district tournament having no impact on the Region 2B tournament next week, there is still excitement and buzz building around this year’s array of teams.

Let’s take a look at this year’s tournament field:

Tyler Nickel and Tyce McNair are one of the top 1-2 punches in the state and East Rockingham has looked every bit the part of a team that is destined to reach the Virginia High School League Class 2 state tournament for a second straight season.

With an array of veteran leadership, the Panthers are one of the most experienced teams in the Bull Run District and will rely on a fast-paced, up-tempo attack to make a run at reaching the state tournament after a strong showing in the regular season.

It was an up-and-down year for the Rams, but they’ve got enough talent and depth to make a serious run at the district tournament championship game and perhaps win a couple of games in next week’s Region 2B tournament, which they’re locked into.

As another team that has battled with inconsistency, Clarke County has clinched a Region 2B berth and plays solid defense that is led by their interior post players.

Madison County overcame a slow start in non-district play to have a surprisingly decent run during district play, but have already been eliminated from Region 2B play.

As the only Class 1 school in the Bull Run, it’d be easy to expect the Panthers to be overmatched but they’re a gritty group that could win a game or two in regionals.

Each time the Generals have looked to turn things around, they’ve faced a setback, but they did at least end the regular season with an impressive win over Fort Defiance.

The second-year under coach, Mat Huff, saw a slight improvement from the first as the Bulldogs flashed potential at times, but never were able to put it all together.

Sophomore Emilee Weakley has been one of the area’s best players, but Luray is much more than that with a talented roster capable of making a state-tournament run.

The Rams are the tallest and one of the most experienced teams in the league but are looking to rebound a little bit after some lackadaisical showings late in the season.

Coming off a trip to last year’s Region 2B title game, Page County has enough athletes and balanced scoring to make a serious run at getting back there this season.

As one of the surprises of the Bull Run this season, the Mountaineers have used a balanced offense and solid defense to earn a first-round home tournament game.

The Generals are led by a trio that includes a sophomore and two freshmen, but have looked wise beyond their years at times and are a dangerous team in the postseason.

Much like the Clarke County boys team, the CCHS girls have struggled with consistency and major offensive inefficiencies throughout the course of the regular season.

The Panthers struggled late in the season, especially in a loss to East Rockingham, but they’ll have a better chance of winning games when they move over to regional play.

It’s been a rough year for East Rockingham, which is one of the youngest teams in the league, but veteran coach Paul Comer’s team has continued to play hard throughout.