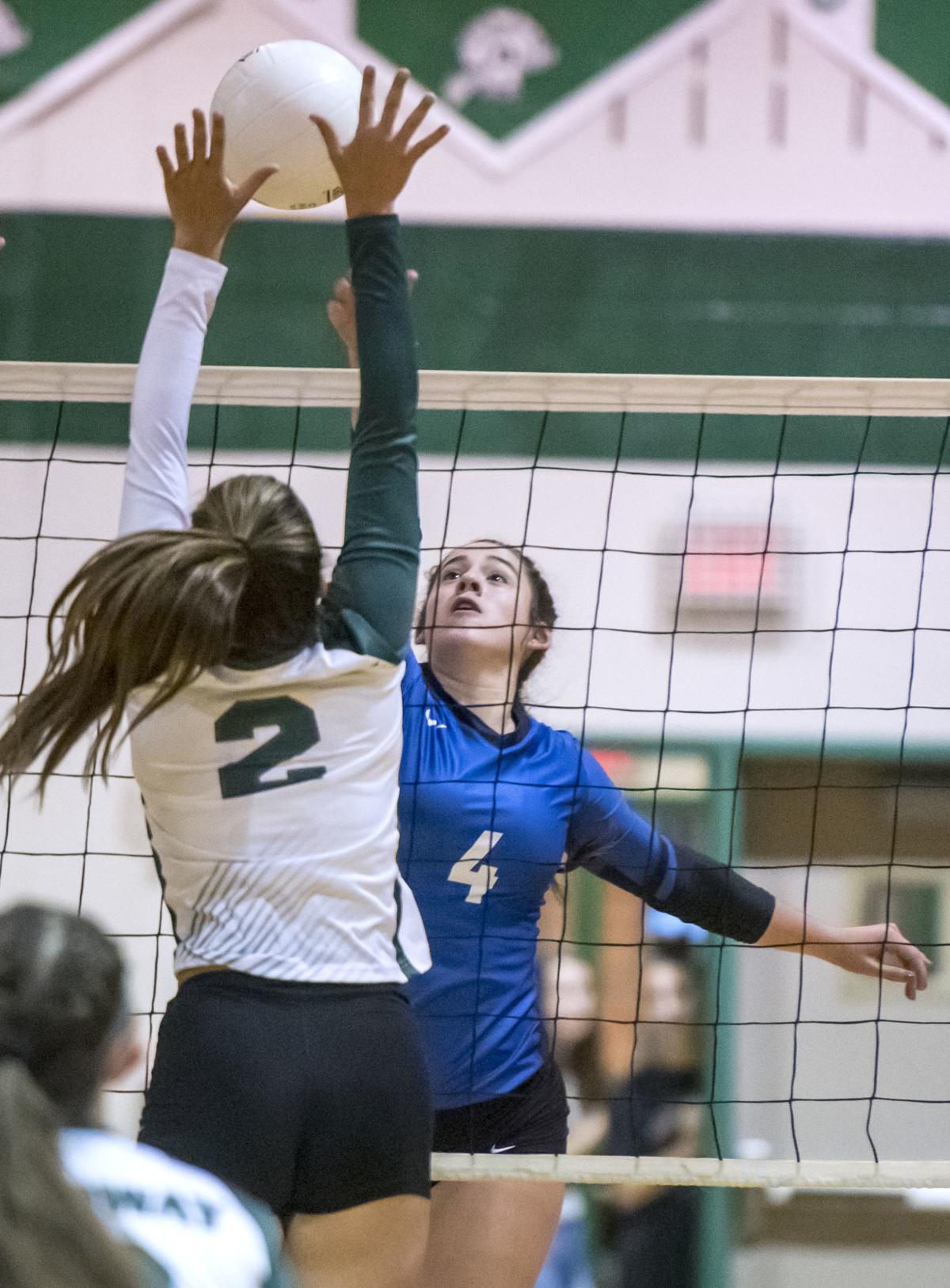 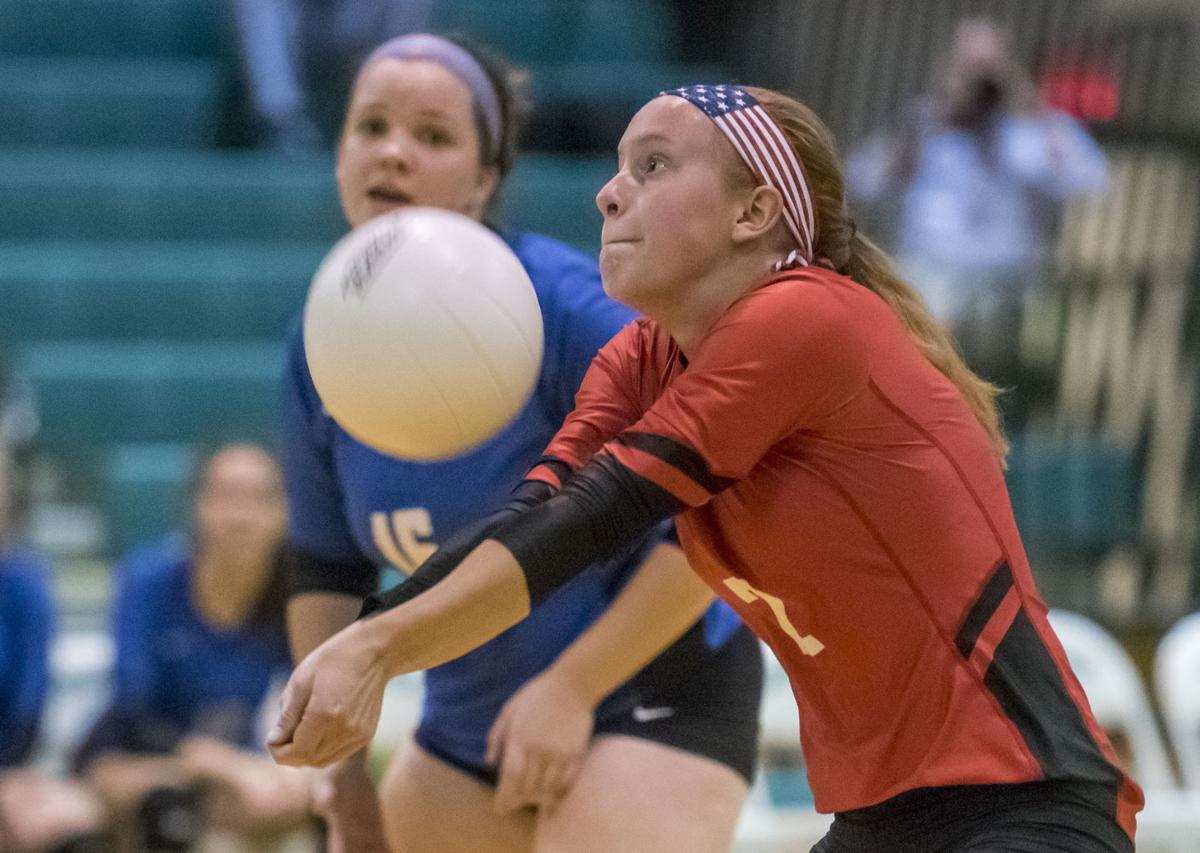 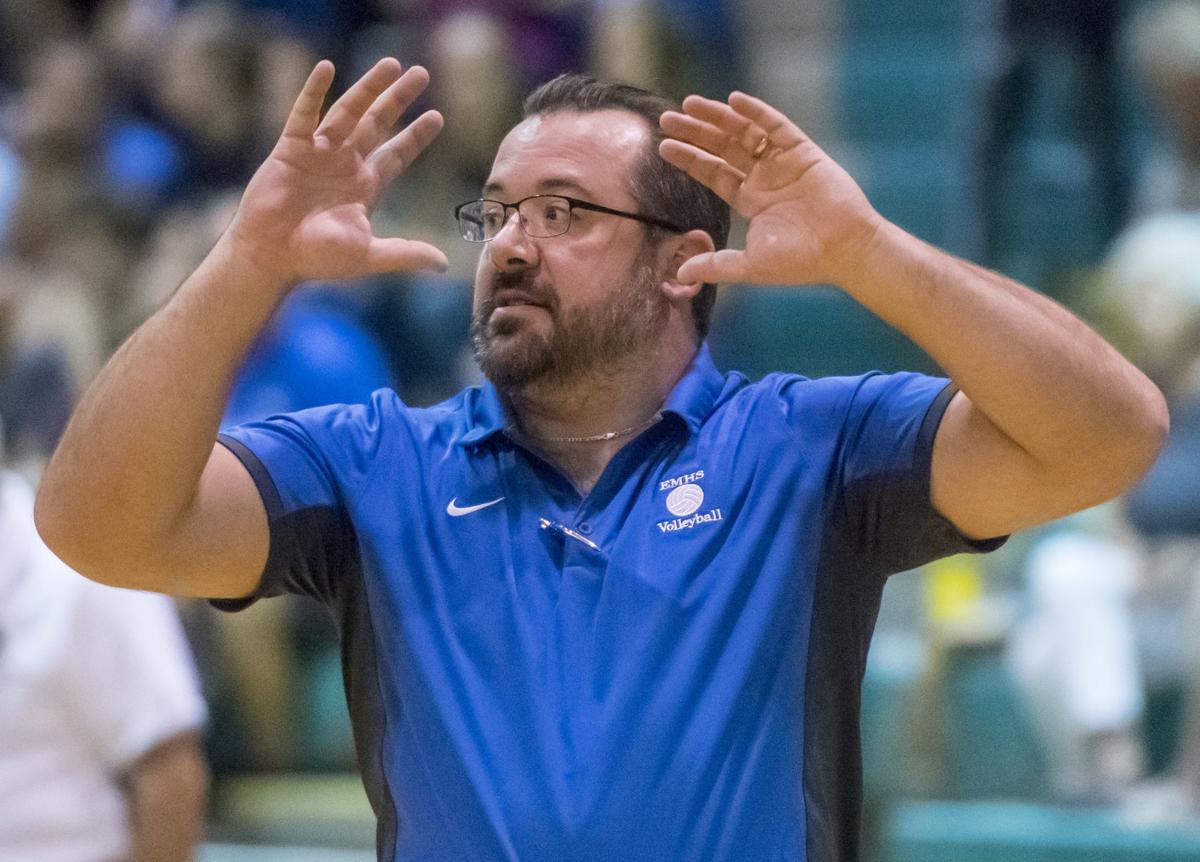 It was almost a sigh of relief, in a sense, for the Eastern Mennonite players.

Coming off a deep postseason run a year ago and with a majority of their roster back this season, the Flames said they’re aware they were expected to win a conference title.

But they also said that didn’t make the celebration on Saturday any less sweet for them.

“Every year is special, I think,” Eastern Mennonite sixth-year coach Jonathan Williams said Tuesday at practice. “This year is no different. The part that feels a little different is that it’s back-to-back Blue Ridge Conference championships. We’ve never had that here before. This group of kids is closer than most teams I’ve seen during my experiences here. The passion they play with every day and every match is just really special.”

The Flames capped off a dominating run through the BRC this season, sweeping Roanoke Catholic 25-14, 25-18, 25-9 on Saturday in the tournament championship.

It improved Eastern Mennonite’s overall record to a perfect 21-0 and marked their 13th straight sweep of BRC opponents this season in one of the program’s best years ever.

Dating back to last season, the Flames have won 42 of their last 45 matches overall.

With the win Saturday, it marked the first time Eastern Mennonite has ever won back-to-back BRC titles and was just the third championship win in program history.

“It feels like we’ve kind of lived up to our expectations coming into the season,” said junior outside hitter Adrienne Cline. “I almost wish there was a little more competition.”

The focus and commitment to not looking too far ahead was something the Flames thrived on this season as they established themselves as the league’s top team.

“His key phrase is, ‘We take it one game at a time,’” Litwiller said. “We have to focus on the game that we’re playing right now. After that, and only after that, we can focus on the next one. We were all super excited, but we just had to slow down, mentally, and focus on the game at hand. We really focused on things specific to each team.”

After coming up short at last year’s Virginia Independent Schools Athletic Association Division III tournament in the quarterfinal round, EMHS is focused on more this season.

The Flames said they know that’ll be tough considering how good some of the teams they’ll face this postseason are, but they also believe they will prepare accordingly.

“We’re still the same people, same coach, same practice,” Litwiller said. “We will be working on some different drills for the teams we face. We can prepare now with some conventional volleyball and the stuff we’ve been training and practicing for all year.”

But it’s one the Eastern Mennonite players have truly bought into, he said.

“Honestly, it’s just their dedication to each and every day of practice,” Williams said. “They never looked beyond the match that was ahead of them or the opponent right in front of them. They were able to focus in on every opponent that we played. We can’t overlook any opponent. They know we always have to stay focused on the next match.”

Even as the Flames rolled through Blue Ridge Conference play, they improved.

Cline, who was named the BRC’s Player of the Year, said the team often communicated throughout matches and in practice to find minor adjustments they could focus on.

“Even when you’re winning every set and every match, you still find small details to focus on,” Cline said. “We’ve been able to, when we get bigger leads in some of those matches early in the year, run different things and find the errors in the fundamentals.”

Karla Hostetter, who was a first-team All-BRC selection as the team’s setter, said the Flames’ faith and belief in each other has been the driving force behind their success.

“The devotions we have in our locker room before the match really help,” Hostetter said. “They lift your spirits and give us something to focus on. We always encourage each other and pick each other up. It has given us a lot of hope and strength. It’s really helped us know that we’re able to do it. It’s very exciting to know how far we’ve come.”

As the team prepares for a VISAA Division III quarterfinal game next week, Williams said the Flames have to try to keep things as routine as possible as they prepare.

“A lot of it is business as usual for this week,” Williams said. “Once we figure out who the playoff teams are going to be, I’ll be able to do some stat work and see what we have to work with. We will be able to focus in on two teams and do more specific work.”

Williams said EMHS will host a quarterfinal game and, with a win, would travel to Roanoke Catholic on Friday and Saturday for the semifinal and championship matches.

“The routine that we have has been working, obviously, which is good,” Litwiller said. “We can get excited. I mean, it’s states. It’s exciting, for sure. But we have to maintain the focus that we’ve always had in practice and on the court and not let up any.”

Even though it was like a sigh of relief to finally get the conference championship out of the way and check off another goal, the Flames said they’re embracing what’s ahead.

The EMHS players said they’re aware of the increased competition they’ll face next week, but are preparing with hopes of bringing home the program’s first state title.

“We’re so bonded as a team and our skills are where they need to be,” Stapleton said. “Physically, we’re ready. Mentally, we have to make sure we can’t go in thinking it’s going to be easy like other games have been. That could end up kicking us in the butt. We have to stay strong mentally and fight back for every point, every play, every match.”