Sign Up
Log In
Purchase a Subscription
You are the owner of this article.
Edit Article Add New Article
You have permission to edit this article.
Edit
Welcome, Guest
Home
News
Opinion
Sports
Features
Obituaries
Photos
Services
Advertise With Us
Classifieds
Jobs
Homes
Public Notices
Events
1 of 8 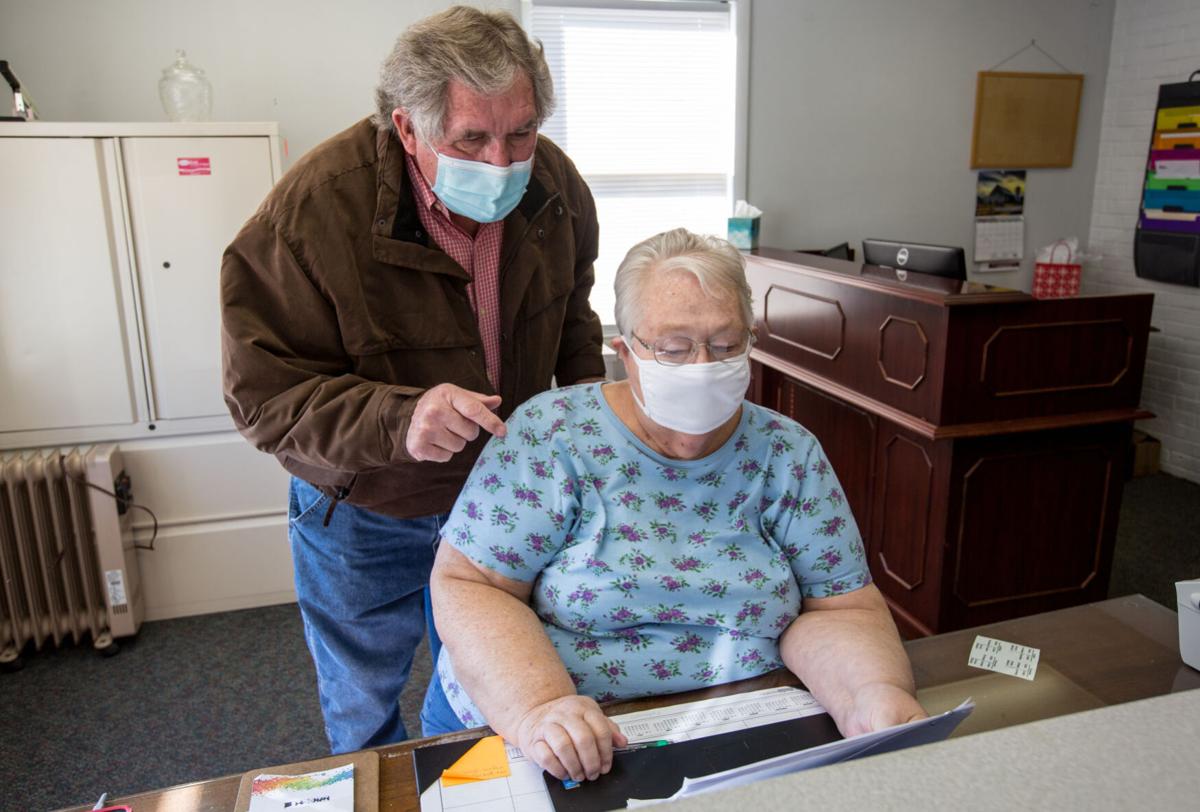 Rockingham County Fair President Ron Williams and volunteer Cathy Seal look through schedules in the fair office Tuesday. Fair General Manager Rebecca Holloway hopes the fair can resume closer to normal operations this year, but said plans to safely facilitate larger attractions, such as the concert series, have yet to be finalized. 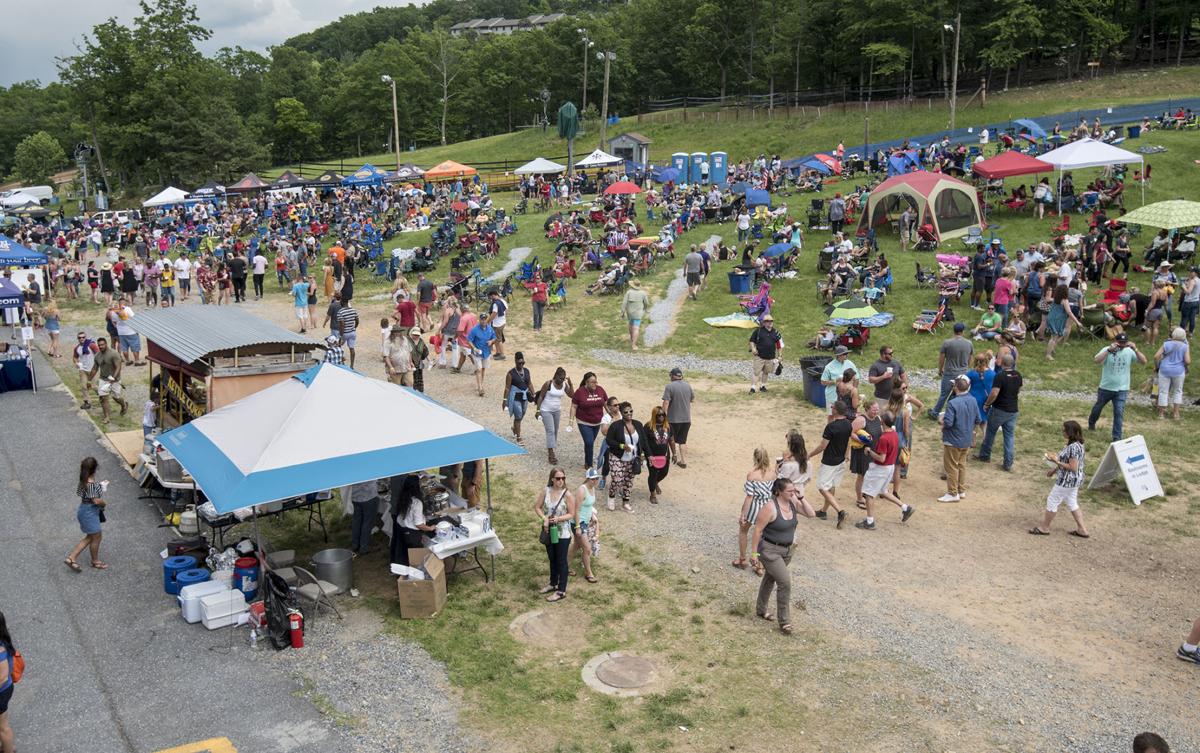 People drink, dance and watch the bands play at Massanutten Resort during the 2018 ValleyFest Beer and Wine Festival. 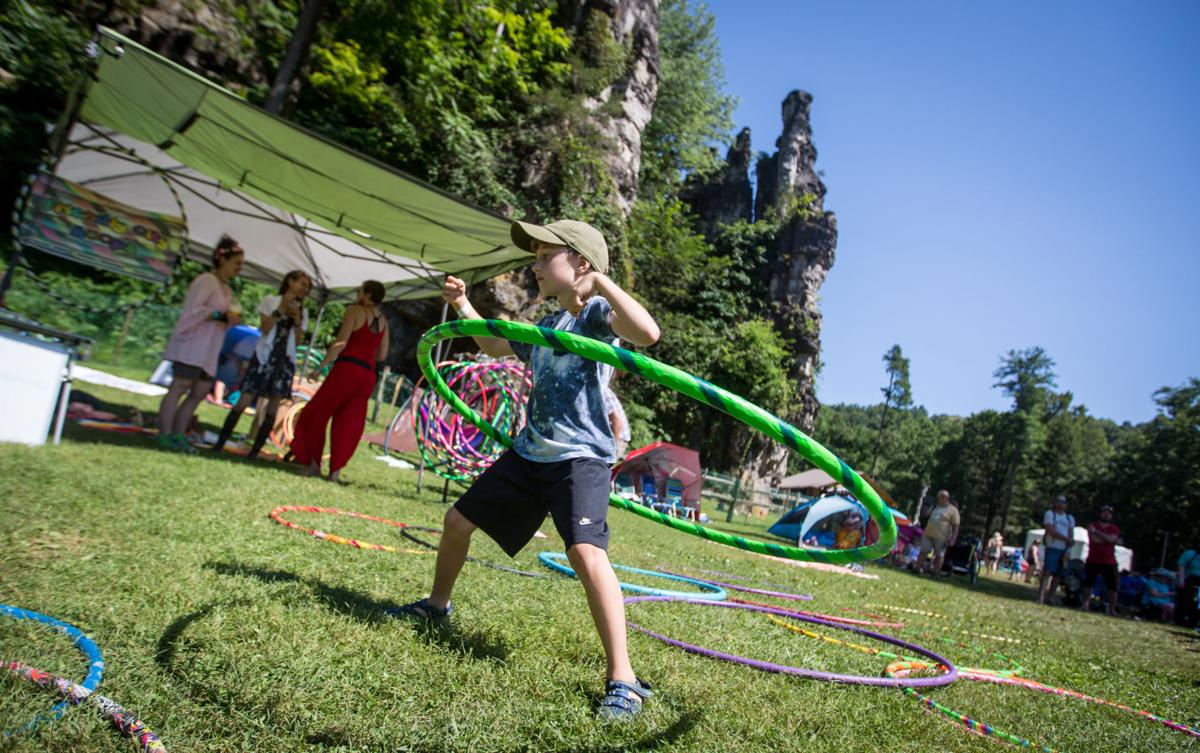 Leo Kocabiyik, then 7, of Harrisonburg, hula hoops in the Music Meadow during the 2019 Red Wing Roots Music Festival at Natural Chimneys Park in Mount Solon. 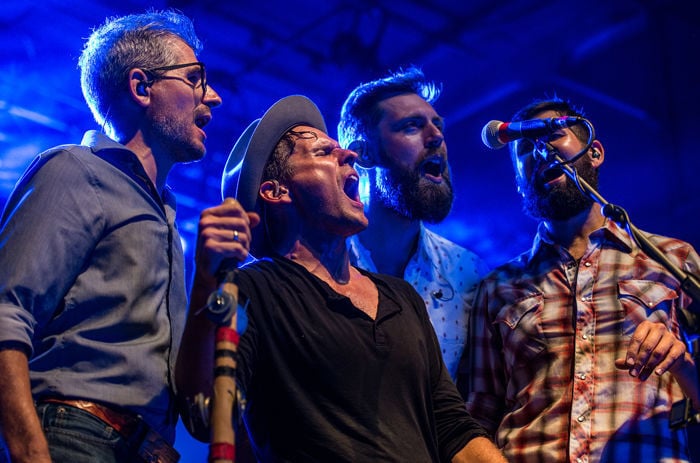 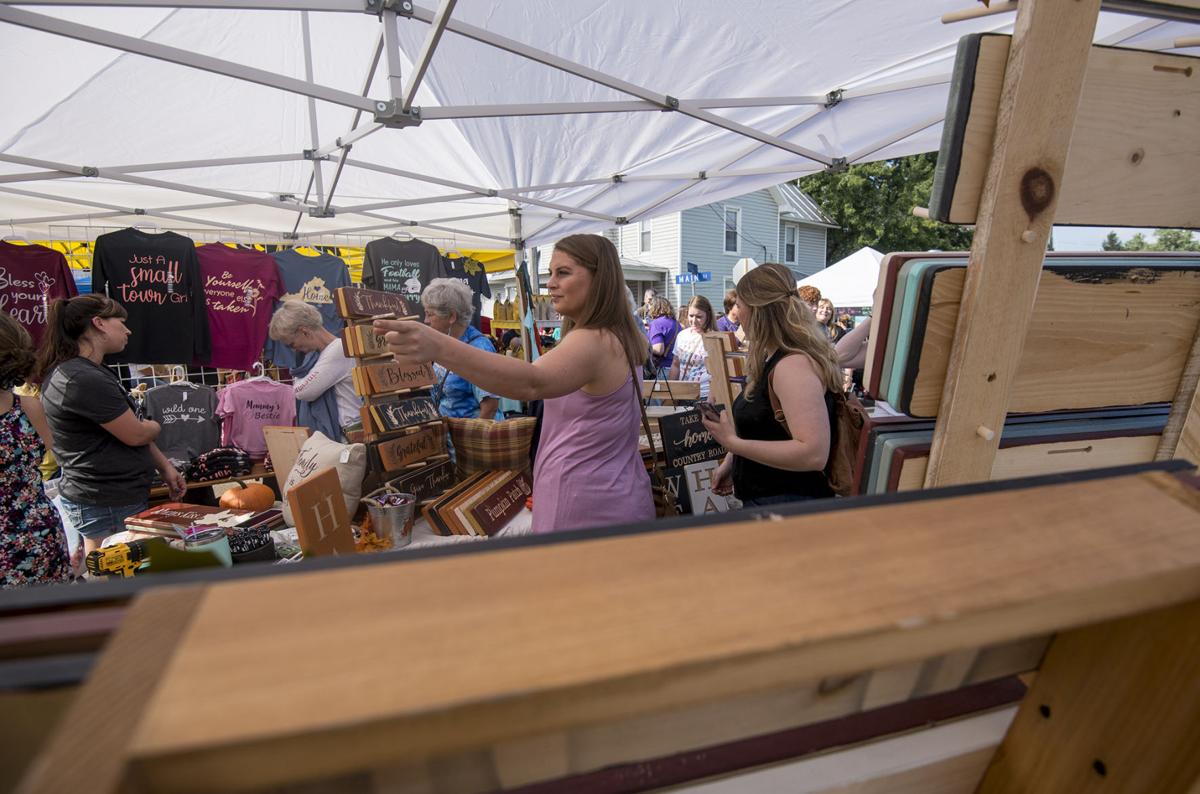 Visitors to Dayton Days browse through a vendor’s booth in October 2018. 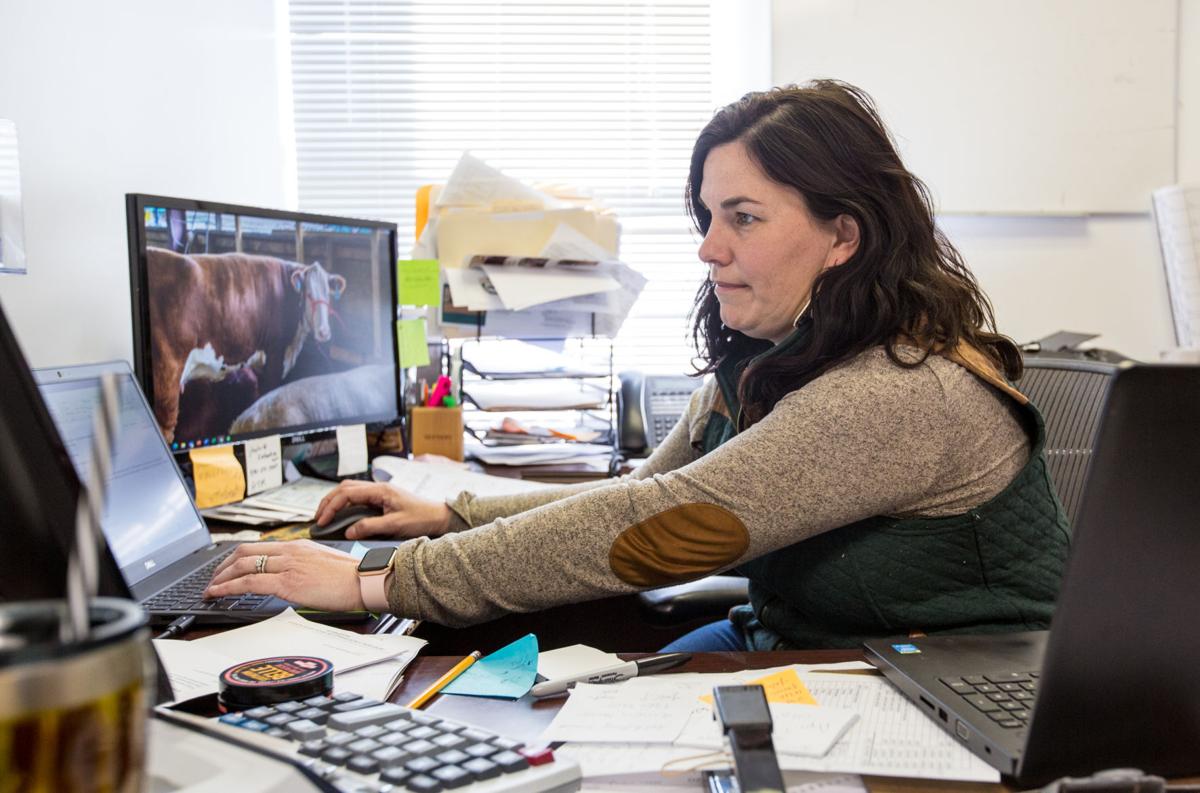 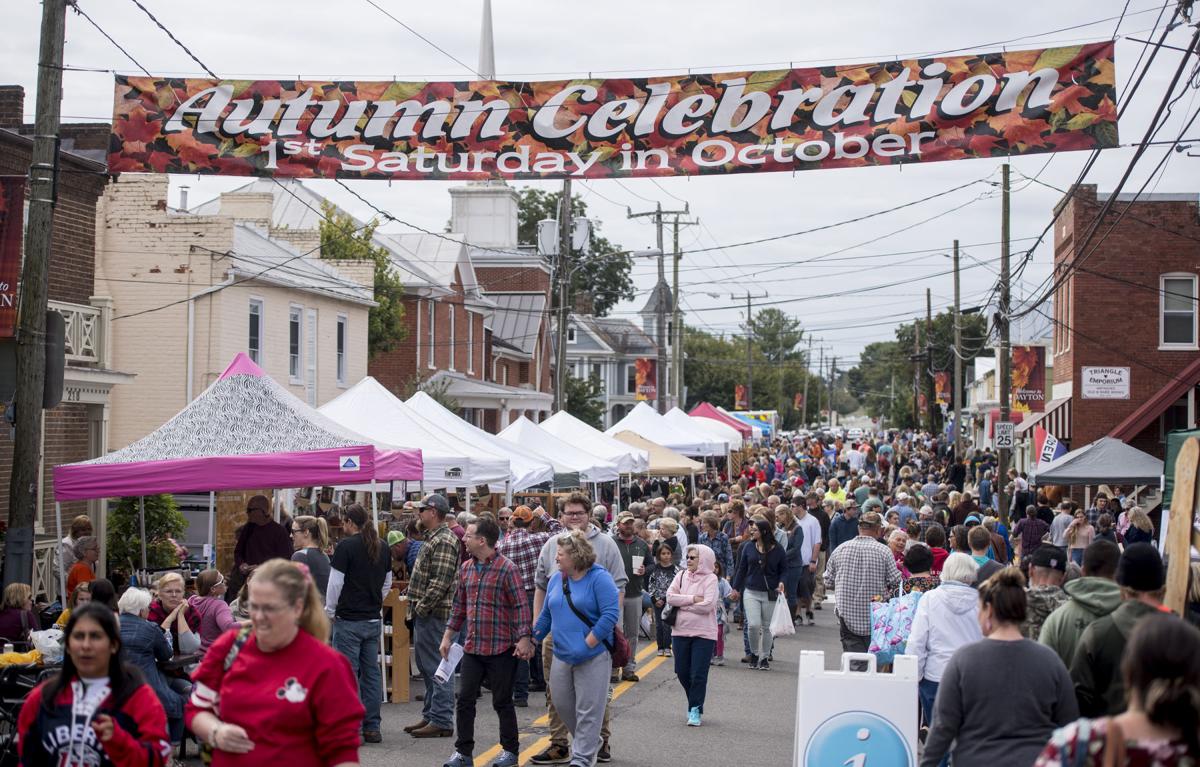 Visitors to Dayton Days line the streets during the 2019 festival. Town officials hope the annual affair can return this year with COVID-19 cases dropping and vaccine distribution ramping up. 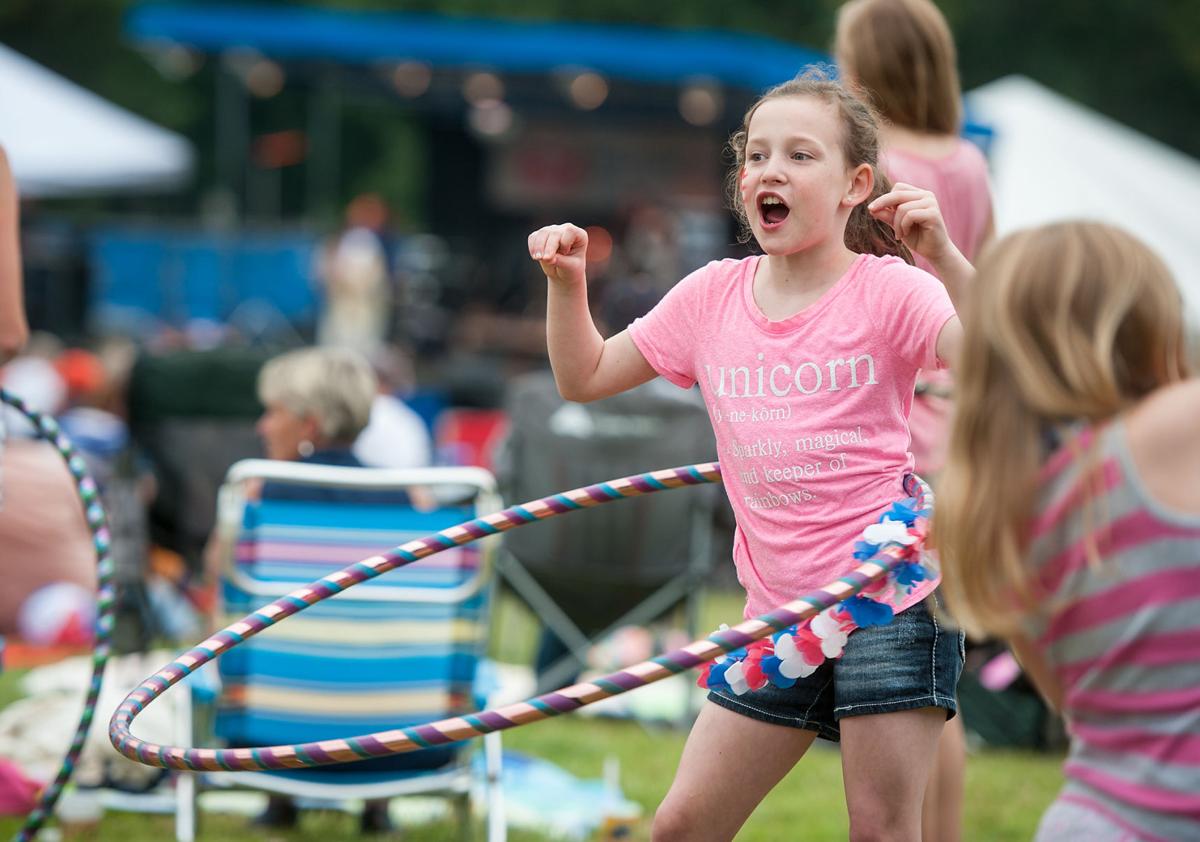 Anna Finley, then 9, of Mechanicsburg, Penn., tries out hula-hooping with the help of Dogtown Hoop Mafia, out of Richmond, at Summer Jam in July 2015.

Rockingham County Fair President Ron Williams and volunteer Cathy Seal look through schedules in the fair office Tuesday. Fair General Manager Rebecca Holloway hopes the fair can resume closer to normal operations this year, but said plans to safely facilitate larger attractions, such as the concert series, have yet to be finalized.

People drink, dance and watch the bands play at Massanutten Resort during the 2018 ValleyFest Beer and Wine Festival.

Leo Kocabiyik, then 7, of Harrisonburg, hula hoops in the Music Meadow during the 2019 Red Wing Roots Music Festival at Natural Chimneys Park in Mount Solon.

Visitors to Dayton Days browse through a vendor’s booth in October 2018.

Visitors to Dayton Days line the streets during the 2019 festival. Town officials hope the annual affair can return this year with COVID-19 cases dropping and vaccine distribution ramping up.

Anna Finley, then 9, of Mechanicsburg, Penn., tries out hula-hooping with the help of Dogtown Hoop Mafia, out of Richmond, at Summer Jam in July 2015.

On Wednesday afternoon, Gov. Ralph Northam announced plans to loosen some regulations starting March 1, such as lifting the midnight to 5 a.m. curfew and increasing gathering capacities.

After last year’s sudden cancellation of decade-long traditions and cherished reunions, the craving to break out of isolation and resume prepandemic, mundane life feels universal. While Virginia is not on track to enjoy those carefree luxuries quite yet, event organizers are thrilled by the increased capacity limits and several small-town festivities are scheduled to return in 2021.

As case numbers drop and vaccine efforts expand, Northam announced the limit on outdoor social gatherings will increase from 10 people to 25 and outdoor entertainment and venues will be able to operate at 30% capacity or a 1,000-person limit, after previously being capped at 250.

Last year, the Rockingham County Fair was reduced to a shell of its usual self without carnival rides and mouth-watering booths, but the event moved forward with some of the more traditional elements, such as livestock shows and competitions, under the theme “Going Back to Our Roots.”

“I was just excited to say we could have a county fair. It wasn’t what the public would think of as a county fair,” said Rebecca Holloway, general manager of the Rockingham County Fair.

For the week of Aug. 16-21, Holloway is planning to bring the fun back to the fair with carnival rides, grandstand events and vendors spaced across the open grounds.

A successful year is vital for the fairgrounds since the event is its driving moneymaker and both 2017 and 2018 were poorly attended due to weather. Holloway said approximately 4,000 people attended the 2020 fair week, but this year organizers feel more confident in monitoring the percent of people at the fair at once and promoting safe entertainment, but plans to safely facilitate larger attractions such as the concert series have yet to be finalized.

“If we can get back to somewhat normalcy, then we’ll be on track,” Holloway said. “We’re gonna chalk this last year up to, well, we had a bad weather event. But, we’re definitely hoping that within two years we’ll be back to where we were headed to in 2019.”

Each year, the Blue Ridge Mountains opens its arms and attracts a swarm of visitors to its assortment of annual festivals. In the Valley, Red Wing Roots Festival transforms the limestone pillars at Natural Chimneys into a pavilion of merry dance and song half an hour away from home of the Mid-Atlantic College Radio Conference, which unleashes a creative frenzy as tides of DIY artists flood downtown Harrisonburg.

Last year, both events were called off, unable to host the usual lineup of traveling artists and unwilling to sacrifice the safety of guests. As of now, Red Wing organizers are hesitant to lay out any concrete plans but cling to high hopes as vaccinations increase.

MACROCK committee member Nick Gekoskie said the decision to cancel MACROCK in 2020 was gut-wrenching, but the free time gave organizers a chance to adapt shows online. For 2021, MACROCK will continue virtually but expand to accommodate artists, who can submit whole sets or individual projects like a single music video to celebrate the creativity that’s silver-lined the pandemic.

“The world’s kind of hectic for everybody, so we wanted to be that center for anyone in the community,” Gekoskie said. “We didn’t want to skip a year and let it go by, so we’re trying to adapt and make what we can make work and have a little at-home show.”

Around the world, some countries are already dancing under the strobing lights of music festivals and relishing in the company of complete strangers as foreign lockdown restrictions subside and vaccines are widely distributed.

According to Our World in Data, Israel, United Arab Emirates and the United Kingdom are currently leading the U.S. in most cumulative COVID-19 vaccine doses administered per 100 people. In the U.K., 18.2 million people, or nearly one in three adults, have received the first COVID-19 vaccine and 1% of the population is fully vaccinated, as of Tuesday. In the U.S., 45.2 million people have been vaccinated (13.5% of the population) and 6% of the country is fully vaccinated.

Virginia is ranked 24th by Becker’s Hospital Review among states for its percentage of COVID-19 vaccines administered, a lukewarm achievement after placing dead last in the ranking on Jan. 25. According to the Virginia Department of Health, 1.1 million people have received at least one vaccine dose, and 543,394 Virginians are fully vaccinated. The most recent census data reported 8.5 million people living in the state.

When the town decided to cancel all three events in 2020, downtown merchants such as Hopeful Things took it upon themselves to host a fall market instead to boost customer appreciation and lure shoppers.

Economic development coordinator Meggie Roche said maintaining these events is key to increasing tourism and promotes a positive image of the town, so organizers hope all three events can continue in 2021 with the main hiccup being whether shuttles can continue safely transporting visitors.

“We think we’re going to be OK if things continue to progress the way they are. We’ll certainly spread people out as far as vendors,” Lawrence said. “We’re still very hopeful that by October, enough people will be vaccinated.”

Massanutten Resort is no stranger to tourism, helping draw international travels to the quaint towns in Rockingham County for years, but last year was a first for the all-season adventure resort. For the first time in its history, the resort temporarily closed following news of the COVID-19 outbreak.

Rather than outright cancel events, the resort moved each charitable festival online to raise revenue. Sarah Elson, director of business relations, said the resort is holding its breath to make announcements for events this year, but she said they’re important community platforms for artists and culinary distribution services.

“We want to do something. We want to stay engaged with the community, but it’s going to look differently,” Elson said. “For me on the attendee side, not being able to do that, you miss the connection to the musicians and the fellow friends who go.”

Each event organizer said if there’s any positive takeaway from 2020, it’s that the community has only grown closer and the technology more accessible to reach audiences.

“You take away a little bit of a personal element but sometimes you’re able to reach more people virtually,” Elson said. “In the future, I think there will be an appetite for a mixed model.”