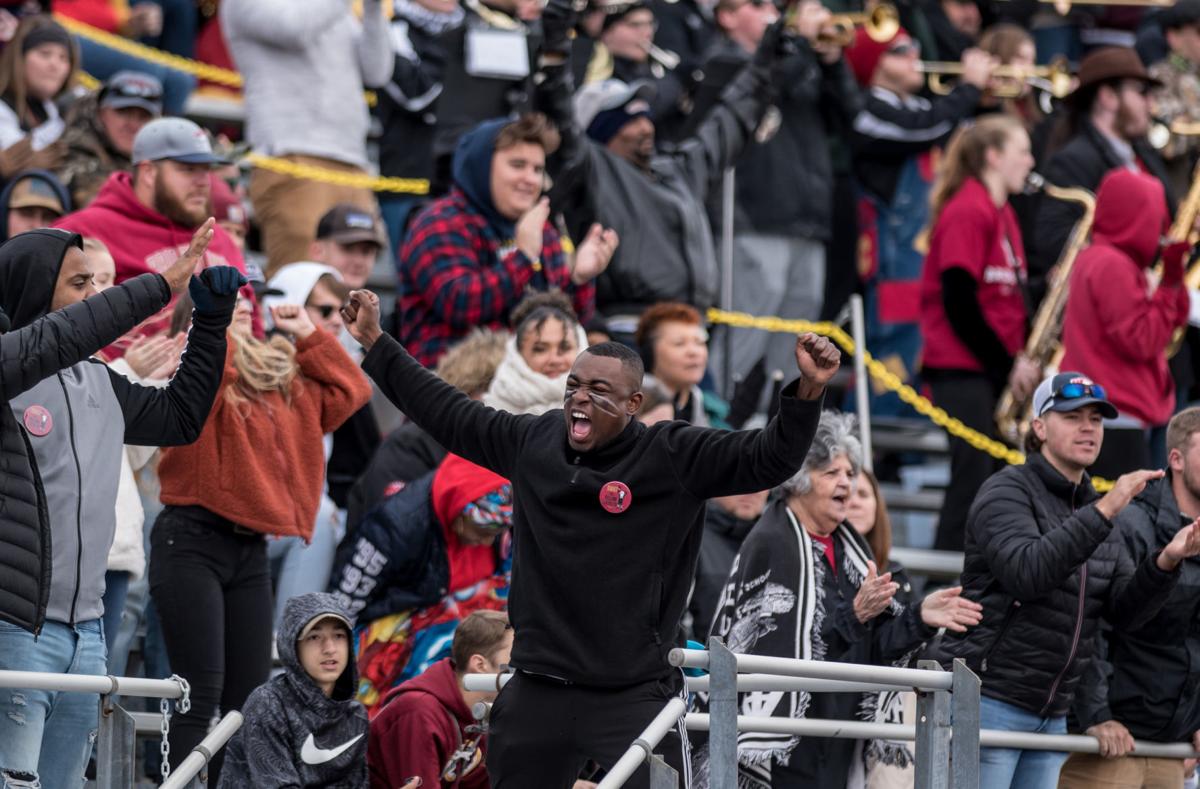 Tony White, of Danville, cheers after a Bridgewater College touchdown against Randolph-Macon College on Saturday. 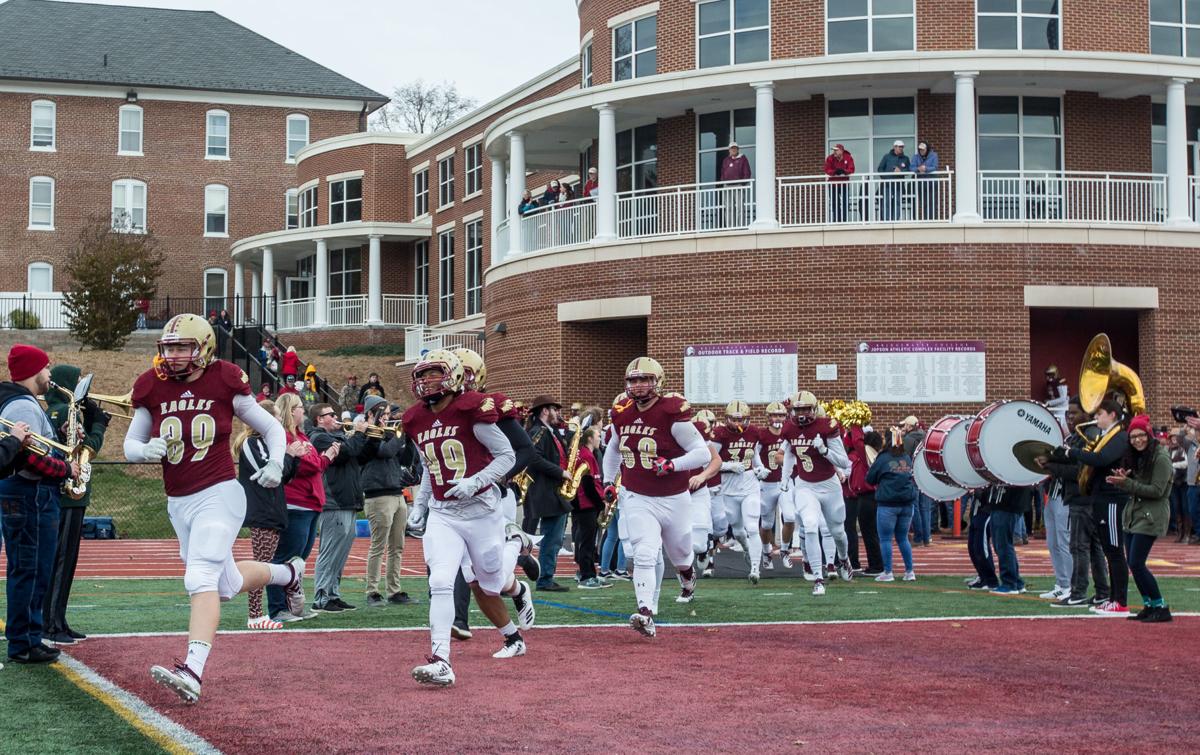 The Bridgewater College Eagles take the field against Randolph-Macon at home on Saturday. 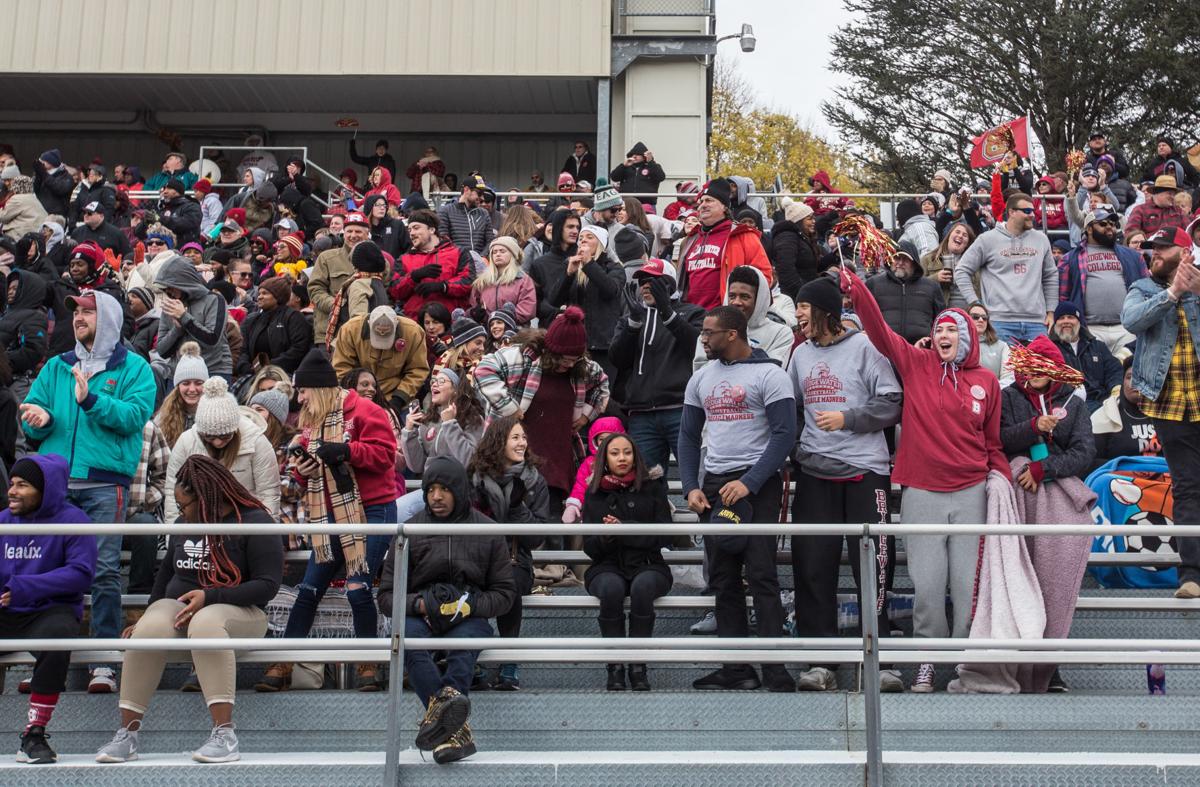 Bridgewater College fans cheer on their team from the stands on Saturday. Football game attendance is up by about 500 people this year compared to last.

Tony White, of Danville, cheers after a Bridgewater College touchdown against Randolph-Macon College on Saturday.

The Bridgewater College Eagles take the field against Randolph-Macon at home on Saturday.

Bridgewater College fans cheer on their team from the stands on Saturday. Football game attendance is up by about 500 people this year compared to last.

As a child, Whitelow was an Eagles fan. Later in life, he became a player, then a coach and, for the last 20 years, a fan in the stands again.

He was there to watch Saturday’s win against Randolph-Macon College, which boosted the team’s record to 9-0, clinched the Old Dominion Athletic Conference championship and increased the team’s win streak to 13 dating to last season.

Whitelow said it’s the best season since 2001, when the team lost 30-27 to Mount Union for the NCAA’s Division III national championship.

“It’s wonderful,” the 85-year-old Bridgewater resident said. “I’m very proud of them. The possibility of having an undefeated season is great, but if we don’t, we still have done well.”

After serving two years in the Army, Whitelow attended BC in 1955, where he played running back for the Eagles. He also played basketball and ran track.

He was the first black athlete in Virginia to play at a predominantly white college.

After graduating in 1959 with an undergraduate degree in health and physical education, he taught public school in Staunton for a decade before obtaining his master’s in supervision and administration from the University of Virginia in 1969.

He then returned to BC, where he taught and joined the coach staffing of the basketball, football and tennis teams.

Win or lose, he said, he’s been a faithful fan from the beginning.

“They gave me the opportunity to be who I am today,” he said.

In the stands this year, Whitelow has been joined by a few more people.

This season, roughly 2,000 people are attending games, compared to about 1,500 per game last year.

Ted Barker, who graduated in 1979 with a degree in business administration and economics, said he’s only missed four home games in the last 19 years.

“We started having a lot of success and that generated a lot of interest, and I’ve been a diehard fan ever since,” Barker said. “A lot of us older folks remember it well. Those were great years. We’ve been wishing and hoping for a repeat so this is a pretty exciting time.”

In the tailgate area Saturday, excitement filled the air.

Kathy Wright, who graduated in 1981 with a degree in sociology, bought a roughly foot-tall eagle shortly after the team lost the DIII championship in 2001.

She placed a miniature BC helmet on it and made it the centerpiece of the tailgate spread ever since.

Now, the statue will have an extended duty as the Eagles clinched a DIII playoff spot.

“I love our team, win or lose … the love is unconditional,” said the Richmond resident.

Randy Gehr, who graduated with a physical education degree in 1972, said he’s eager to return to the playoffs.

“The talent we have, and the consistency of the way they play, has been really good,” he said.

With the Eagles playoff bound, Gehr is already looking to build on the team’s success.

“Any time you get to the playoffs, you have to jump on recruiting,” the Harrisonburg resident said.