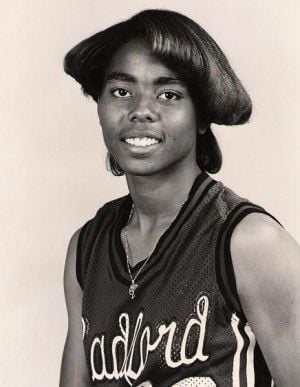 Stephanie Howard was a four-year basketball standout at Radford. 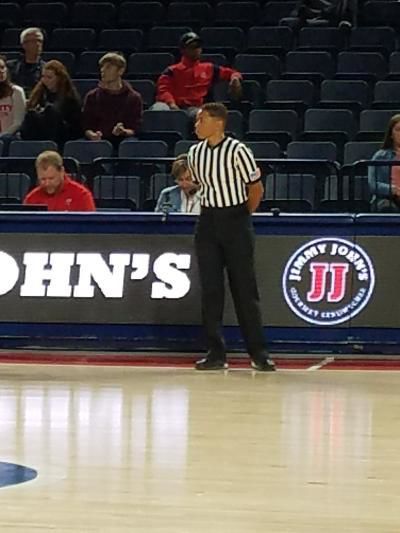 Stephanie Howard, a basketball standout at Harrisonburg and Radford, has been a referee for several years at three levels of college basketball. 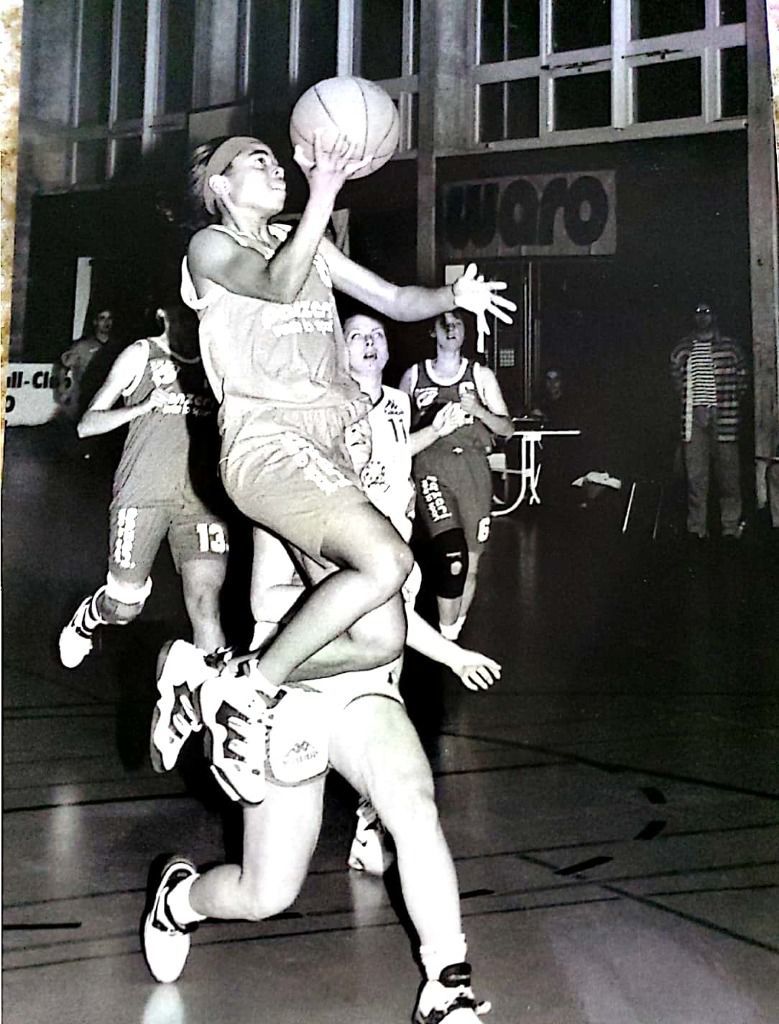 Stephanie Howard was a four-year basketball standout at Radford.

Stephanie Howard, a basketball standout at Harrisonburg and Radford, has been a referee for several years at three levels of college basketball.

Editor’s note: We have begun a weekly series called Friday Flashback, as we catch up with local athletes, coaches or administrators from city/county high schools. The seventh installment is on Stephanie Howard, a 1985 Harrisonburg graduate who was a basketball and track and field star for the Blue Streaks. She also played four years of basketball at Division I Radford and is a member of the athletic Hall of Fame at both schools.

Stephanie Howard had been playing professional basketball in Switzerland for about nine years when she decided to return to her native Harrisonburg in 1998.

“I felt it was time to come back,” she said this week. “My grandfather had just passed and my grandmother was getting up in age.”

For several years, the former high-scoring point guard was a caregiver to relatives. And now, nearly 20 years later, the unassuming Howard has another role — one she may not have sought on her own.

Does she consider herself, as a woman of color, a role model for female athletes and others?

“She is a real vocal voice in the community,” said Tim Meyers, her basketball coach at HHS. “I’m really proud of her. There is no doubt she is a role model.”

Those connections include a stint as the program director with the Boys & Girls Club in the city after her return from Europe. Howard then became an athletic program specialist with Harrisonburg Parks and Recreation, and is now the supervisor for the Lucy F. Simms Center.

“It was a smooth transition,” said Howard, who joined Harrisonburg Parks & Recreation in 2006 and has been at the Simms Center for about a decade.

“She is very soft-spoken, but that is not how she played,” said Charlene Curtis, her coach at Radford. “She was a (major) player; she was always willing to put the team on her back.”

And that is what she did as one of the few women from Harrisonburg High to play Division I basketball in the past 35 years. That career not only included starring for two teams in Switzerland as the only American on the team but a tryout with the powerful Houston Comets of the WNBA after returning to Virginia.

At Harrisonburg, Howard lettered all four years in basketball and track and field.

In basketball, she was named to all-district, all-regional, and all-state teams and ended her career with 1,364 points. In 2009, she was inducted into the HHS athletic Hall of Fame.

“Her senior year, she was outstanding,” Meyers said.

Curtis, a veteran college coach, was an assistant at the University of Virginia when she first heard of Howard. At the time, HHS graduate Valerie Sampson, sister of former NBA star Ralph Sampson, was running track at Virginia.

Then Curtis became the head coach at Radford in 1984 — and one of her assistants made it clear the Highlanders should recruit Howard.

The high-scoring guard had already committed to Radford before she turned heads in the VHSL All-Star game after her senior year at HHS. Named to the team after another player was injured, Howard was the MVP.

“I was sitting there glad to know we had her,” Curtis noted.

At Radford, Howard set 27 school records — including single-game marks for points (42), assists (17), and steals (nine). Howard set a school mark by averaging 22.7 in a single season and she ended her college career with a school-best 2,146 points. In 1995, she was inducted into the Radford Athletic Hall of Fame and her jersey was the first to be retired at the school, male or female.

HHS boys basketball coach Don Burgess, another hoop star for the Blue Streaks (class of 1990), is also a member of the Radford athletic Hall of Fame. “When I visited Radford, it was awesome to see her jersey hanging from the Dedmon Center rafters,” he noted.

Betsy Blose, who grew up in Penn Laird and graduated from Montevideo in 1980, was a James Madison assistant coach in the late 1980s.

“I never did play against Stephanie but I joined Shelia Moorman’s staff and JMU played against Radford and Stephanie during those years. Boy, was she tough. This Valley girl was in our scout as a key player to not stop but to keep her to her averages or under. She could score and handle the ball. Such a competitor,” according to Blose, now an athletic administrator at Division I UNC-Asheville.

“She was so overlooked when she was in high school,” Curtis said this week from her home in North Carolina. “Radford was the perfect fit.”

And so was Curtis as a coach. After guiding Radford, Curtis was the head coach at Temple (1990-95) and Wake Forest (1997-2004). She was the supervisor of officials for the Atlantic Coast Conference for several years before retiring last year.

Curtis aided Howard’s move to pro basketball in Europe. “I was able to get an agent,” Howard said.

Howard had never been overseas (she played in Alaska with Radford) before she headed to Switzerland, where she helped two teams win Swiss titles while gaining a boatload of individual honors.

“The people were really nice; I felt the fit was good for both of us,” she said. “The level of play was not as high at the time as Spain, Italy, and Germany.”

These days, most American men and women who play in Europe will rarely stay more than a year or two in the same country. That is because they normally want to move up the ladder to make more money and play against better competition in some of the top leagues of Western Europe.

But Howard stayed nearly a decade in Switzerland. One of her teams was in the French-speaking part of the country, the other club was in a German-speaking region.

“It just seemed like the right fit for me,” she said.

While family played a role in her return to Harrisonburg, Howard also realized playing at the pro level took maximum effort.

“I just felt I was done. I did not have the same motivation to put in the work,” she said.

But a few years after her return to the States, she had a chance to try out out for the WNBA — a pro league for women that began in 1997.

She turned down a chance to try out for the Washington Mystics and instead went to camp with the powerhouse Houston Comets.

“Unfortunately, I didn’t make it but the experience was amazing,” Howard said.

Today, Howard is also a Division I referee doing games in the Big South Conference after starting at the Division III level in the ODAC, with the assistance of Curtis.

And now she is based at the Simms Center — where her late parents attended school during segregation — on the grounds where Howard honed her basketball skills as a young girl on the outdoor courts facing boys most of the time.

Howard assists with day-to-day operations and special events, among other things.

“The goal is to make things as viable as we can,” Howard said.

She said a display put up a few years ago in the hallway on the history of the local African-American community has been a plus.

“There is definitely deep connections,” said Howard, who has two brothers. “They look at (those photos) and see their families.” And maybe they see a little bit of a role model in Howard as well.