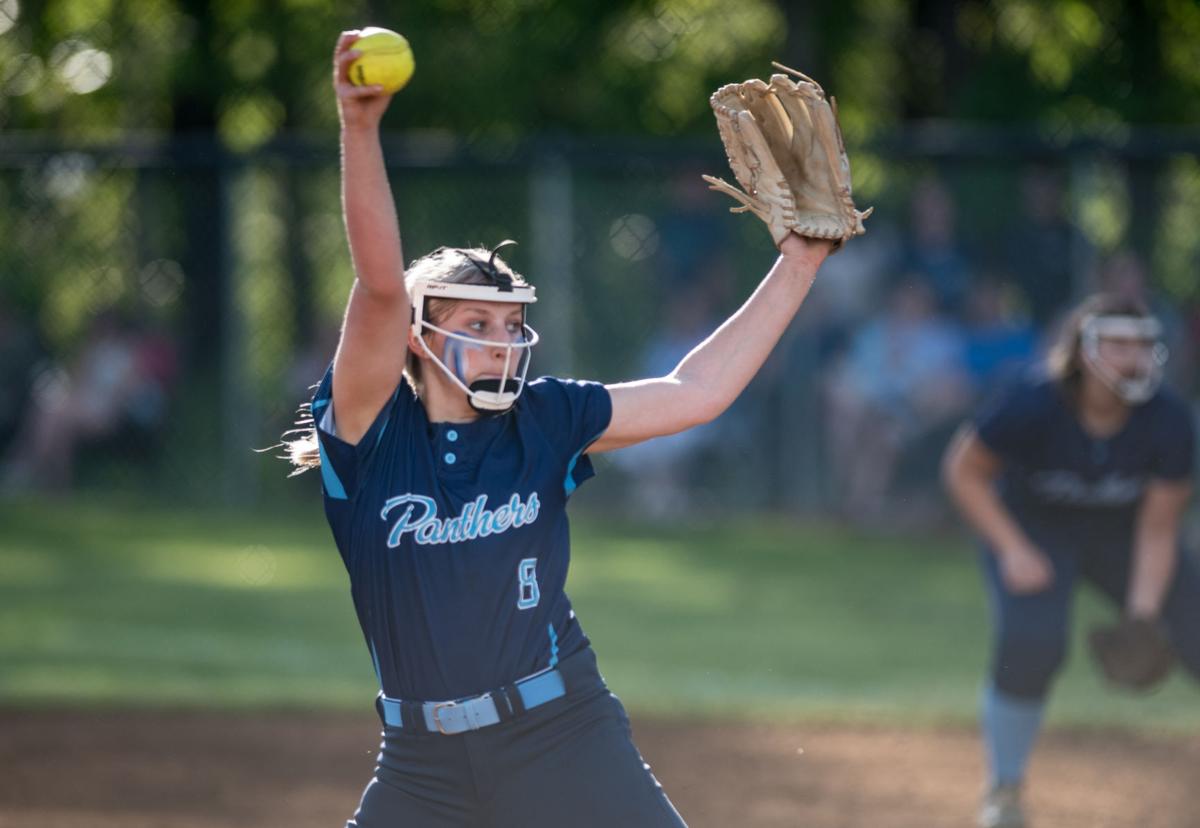 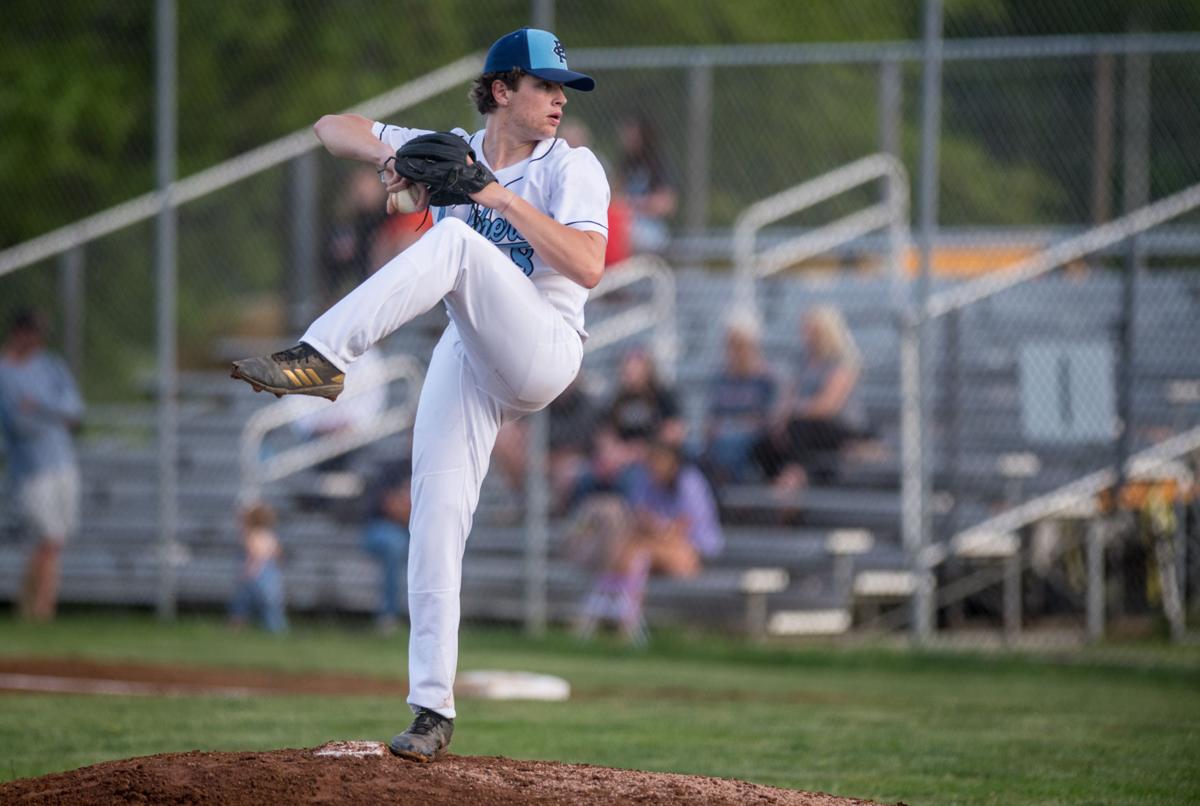 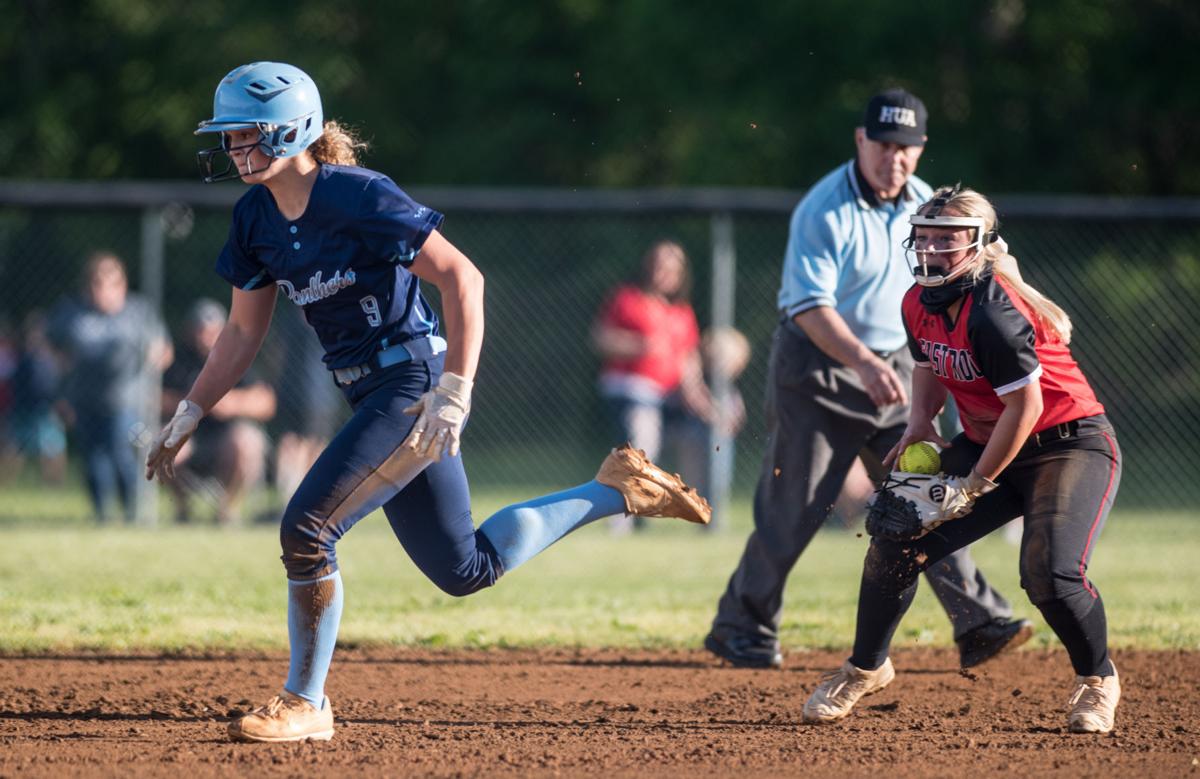 SHENANDOAH — It was the type of performance that reminded folks why she’s a Division I signee.

Senior pitcher Taylor Hankins, who will play next year at nearby James Madison, pitched a complete game, giving up no runs on three hits and a walk while striking out a season-high 16 batters as Page County remained unbeaten with a convincing 8-0 shutout of nearby Bull Run District rival East Rockingham in high school softball action in Shenandoah on Tuesday.

Morgan Lucas was 3-for-4 with a double and two RBIs for the Panthers (2-0) while Maddie Gordon was 2-for-4 with a pair of runs scored. Marissa Monger had an RBI and two runs scored for Page while Hankins also added two RBIs to her big day.

Tana Merica, Taylor Umberger, Kirsten Hensley and Bailee Gaskins all added one hit apiece for the Panthers in the victory.

For the Eagles (1-1), Madison Arbaugh had a pair of doubles and Emily Eppard had the only other hit.

In other prep sports:

Spotswood 10, Staunton 0: Kaitlyn Fletcher tossed a complete-game, no-hitter and struck out 11 batters in the process as Spotswood remained unbeaten for the season with a 10-0 rout of Staunton in non-district action in Penn Laird.

Fletcher allowed just one baserunner in the performance, hitting the first batter of the game. Ciera Rodriguez was 2-for-3 with a trio of RBIs for the Trailblazers (3-0) while freshman Taelor Ware continued her strong season with a double and three RBIs.

Lindsay Atkins was 3-for-4 with a homer and two RBIs for the Indians while Berry, an Oregon State commit, had a three-run homer and also tossed a complete game in the circle, giving up three runs on six hits and three walks while striking out 10 batters.

For the Knights (2-1), Mackenzie Cyzick had a pair of hits while Kendall Simmers had two RBIs and Sydney Lyons had another.

Wilson Memorial 12, Waynesboro 0: Senior standout Jaya Diggs-Hagwood went 2-for-2 with a double, a triple and a pair of walks as Wilson Memorial opened its season with a 12-0 thumping of non-district rival Waynesboro on the road.

Shortstop LeAnna Rankin, another senior, went 2-for-3 with a walk for the Green Hornets (1-0) while junior infielder Ashlynn Ross added a home run and senior outfielder Korinne Baska had a double. The Little Giants are now 0-1 to start the season.

Spotswood 7, Staunton 0: Andrew Baugher tossed a complete game, giving up no runs on just two hits and a pair of walks while striking out 12 as Spotswood remained unbeaten with a 7-0 shutout of non-district foe Staunton in Penn Laird.

Elijah Grogg went 3-for-4 with a double, a triple, two runs scored four RBIs for the Trailblazers (3-0) while Luke Keister and AJ Dooms each had a hit and Witt Scafidi added a hit, a run scored and an RBI. Aaron Neil and Troy Tovar had a hit apiece for the Storm (0-1).

Page County 5, East Rockingham 0: Sophomore Lance Williams gave up just one hit and no walks in a complete-game shutout as Page County bounced back from its first loss of the season with a 5-0 win over rival East Rockingham in Shenandoah.

Williams struck out 15 batters in the win for the Panthers (2-1) and also added a hit and a run scored at the plate.

Also contributing to the Page attack was Chase Parlett and Isaiah Cloude with two hits apiece and Hagan Bradley and Seth Smith with two RBIs each. Caden Good, Aidan Painter and Seth Smith all added a hit apiece for the Panthers in the shutout victory.

For the Eagles (2-1), Joshua Hensley had the lone hit of the game. Ryan Williams, despite the loss, tossed a strong game with five innings on the mound, giving up two runs on five hits and a pair of walks while striking out four PCHS batters.

Wilson Memorial 6, Waynesboro 5: Ty Snead had a pair of RBIs and Mason McDowell added a triple and a run scored as Wilson Memorial held on for a 6-5 season-opening win over non-district rival Waynesboro at Kate Collins Field.

Grayson Wright, Jacob Leavell and Coby Sprouse added an RBI apiece for the Green Hornets (1-0) in the victory.

For the Little Giants (0-1), Jake Barker finished with a triple and three RBIs in the loss.

Harrisonburg 2, Turner Ashby 1: Ashley Acosta-Iscoa and Galilea Santiaga Henriquez each scored a goal as Harrisonburg opened its season with a thrilling 2-1 victory over Valley District rival Turner Ashby in Bridgewater.

Amelia Mitchell had eight saves in the win for the Blue Streaks (1-0). Belinda Campos had the lone goal for the Knights (1-1).

East Rockingham 8, Page County 0: Rylan Criscione had a hat trick and Nicole Landes scored two more goals as East Rockingham earned its first win of the season in a big way with an 8-0 shutout of Bull Run District rival Page County in Shenandoah.

Olivia Rhodes, Kate Simpkins and Abby Clayton had a goal apiece for the Eagles (1-2) while Catherine Funkhouser had two saves.

Knight/Jackson Fendley, Romero/Addison Sheahan and Briggman/Cooley also won the doubles matches for the Trailblazers (5-1). Ben Clatterbuck got the lone win for the Knights (2-4) with an 8-4 victory at No. 1 singles.