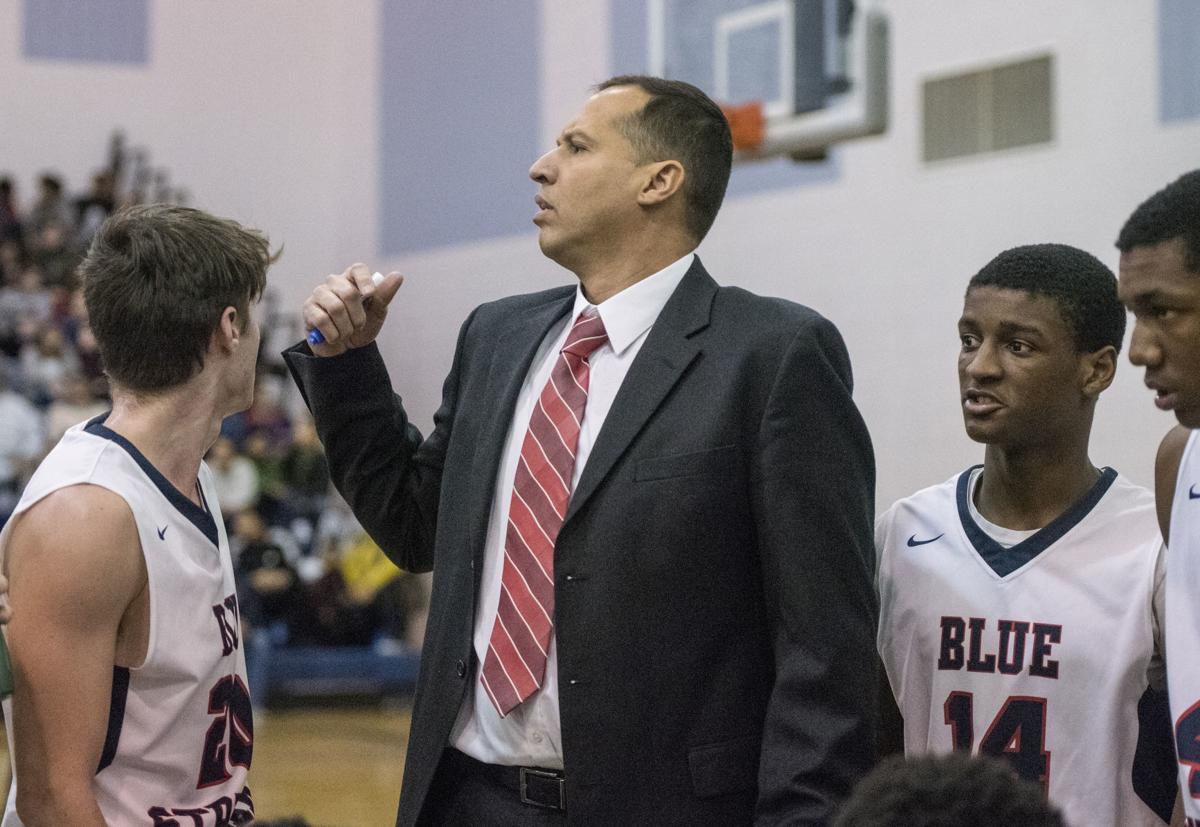 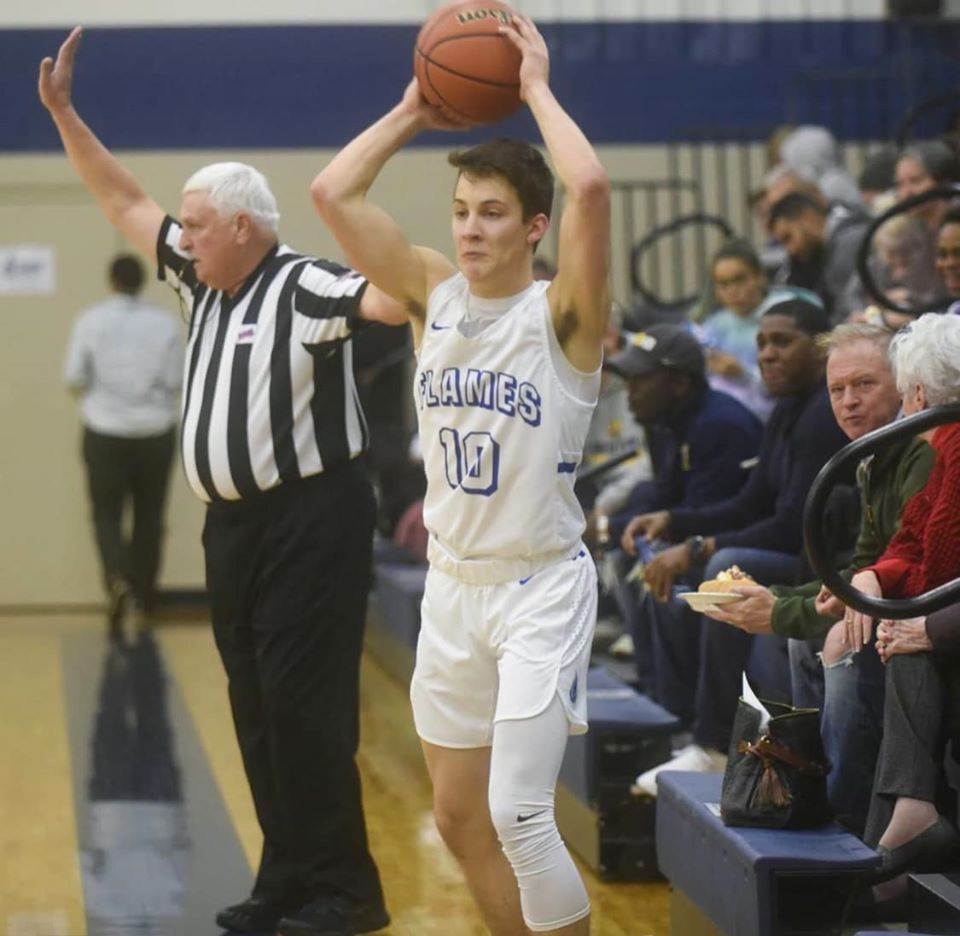 Eastern Mennonite’s Trey Gillenwater prepares to fire off a pass earlier this season.

Eastern Mennonite’s Trey Gillenwater prepares to fire off a pass earlier this season.

The impact Roger Bergey had on athletes in the Shenandoah Valley is immeasurable, according to current Harrisonburg High School boys basketball coach Don Burgess.

“When you look at Coach Bergey in regards to the impact he’s had on not just boys basketball, but students around the Shenandoah Valley, he’s a humble guy,” said Burgess, who played for Bergey and then at Division I Radford. “He doesn’t like attention, but the impact he’s had is phenomenal. He preached and taught us important life values on a daily basis through the game of basketball.”

HHS will host the inaugural Roger Bergey Classic today at 11 a.m. as another way to honor the Blue Streaks icon and raise money for the HHS boys basketball program.

Earlier this year, the Harrisonburg City School Board voted to rename the court at HHS in honor of Bergey with several former players such as Burgess suggesting the idea.

The court was officially renamed in August and it was a fitting honor for the local legend.

“It’s a very nice honor,” Bergey said. “I’m not saying I’m worthy of it, but it reflects our athletes’ hard work. That’s important. They give me more credit than I deserve. The name on the court is a reflection of the players. It’s great because of what they did.”

During Bergey’s time as the HHS coach, he amassed 428 wins — a number that ranks second in school history — and won six regional championships, finished as state runner-up once and won back-to-back state titles in 1978 and 1979.

The key player on those title teams was center and city native Ralph Sampson, a 1979 HHS graduate who was named the college player of the year three times at Virginia, starred in the NBA for nearly a decade and was elected to the Naismith Memorial Basketball Hall of Fame in 2012.

Bergey graduated from Strasburg High School in 1957, where he was a four-year starter in both basketball and baseball, and later went on to play basketball at William and Mary. In 1986, he was elected to the Tribe’s Athletic Hall of Fame.

After graduation from college, Bergey coached for five years at Patrick Henry and spent four years as an assistant coach at Varina before coming to Harrisonburg in 1972.

Bergey was inducted into the Virginia High School League Hall of Fame in 2008.

Burgess said he hopes to expand the tournament to a two-day event next season, add all six city/county schools and include girls teams in the tournament as well.

Here’s a look at the five matchups in today’s Roger Bergey Classic:

The first matchup of the day is one with two teams that are on the rise this year.

Luray is coming off a rough season a year ago under first-year coach Mat Huff, but has made significant strides early this year despite not getting a win yet.

The Bulldogs are led by sophomore point guard Calder Liscomb, who does a good job attacking the basket at 6-foot-3. He’s joined by senior guards Trevor Hasse and Sam Licomb in the LHS backcourt, and the trio carry a majority of the Luray scoring load.

For the Dragons, Logan Barbour just recently returned after suffering a hand injury during the football season and Monroe is slowly starting to get back to the team they expect to be.

This will be an up-tempo, fast-paced game with two very athletic squads facing off.

The Pioneers are led by Jacobi Lambert, who is averaging 20 points and eight rebounds per game while Deshad Gilllis is a tough defender and Brandon Tweedy “does it all.”

For the Storm, who are in their second year under coach Terrell Mickens, Javon Battle is an explosive player at the point guard position while Ethan Painter provides a steady shooting presence from the outside; sophomore point guard Jamal Brown is simply tough.

This is a matchup of two teams playing very similar styles and should give both squads with deep postseason aspirations an indication of where they sit early in the season.

Stuarts Draft vs. Nelson CountyWhile Staunton-Heritage will be fast-paced, this one may be even faster.

While Nelson County doesn’t traditionally get up and down the court in transition a lot, it won’t have as much of a choice against a Stuarts Draft team focused on 3s.

The Cougars are led by Mark Rodgers, who averaged 20 points, eight rebounds and five steals per game, but also bring back seven players from the SDHS football team.

Nelson is paced by Jaren Purvis, who leads the team with 14 points and 13.6 rebounds per game while Houston Carter and Brice Wilson are also strong senior contributors.

This may be the best matchup of the day with two teams that have big wins this year.

Peninsula Catholic comes in with a 7-3 record, including a win over Oak Hill Academy.

The Flames, meanwhile, are a perfect 7-0 and have defeated multiple Division I and Division II schools despite being a Division III program at the VISAA level.

Tavion Meekins leads the way for PCHS with 14 points and nine rebounds per game while 6-foot-4 Travon Grey averages a double-double of 12 points and 10 boards.

For EMHS, Aviwe Mahlong has been impressive as a do-it-all player and leads the team with 22 points per game. Chance Church is a lethal shooter from outside and Trey Gillenwater is a strong all-around player with 15 points and four assists per game.

The finale for the event will feature the veteran host Blue Streaks.

Harrisonburg is one of the most experienced teams in the field and is coming off its first win of the season in a thrilling 57-54 victory over Patrick Henry earlier this week.

The Blue Streaks are led by Jaziel-Mensah Agyekum with 18.5 points per game, but Claudeson Tacy, D’Shawn Fields and Tre Butler are also averaging double-digits in scoring.

Harrisonburg will rely on its balance and athleticism defensively as it tries to get back to .500 on the year after back-to-back devastating losses to open the season earlier.