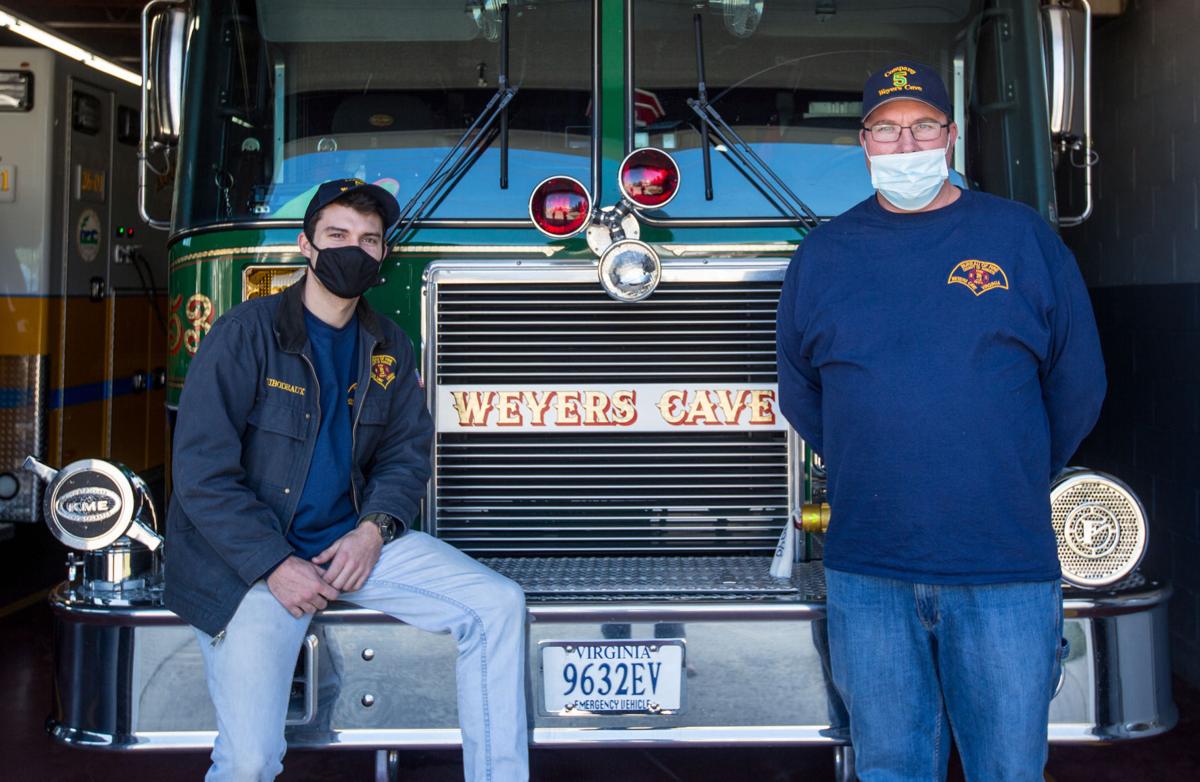 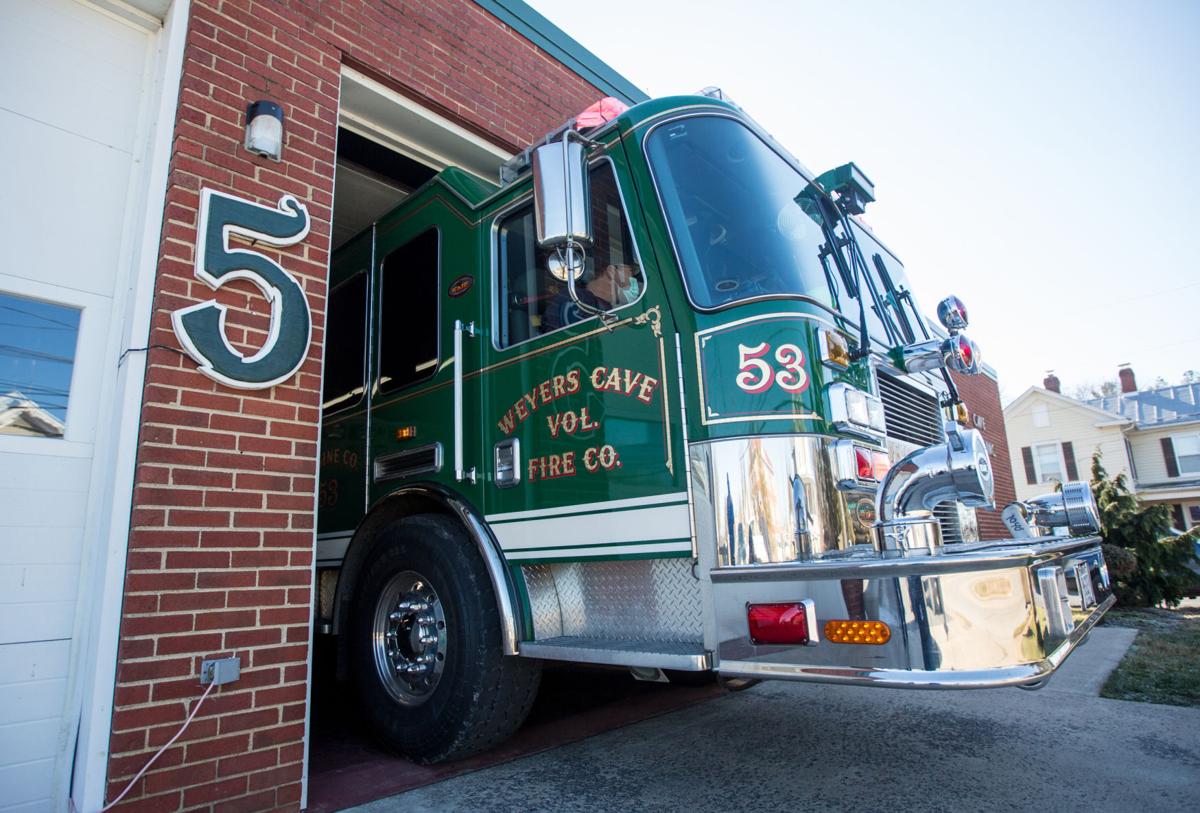 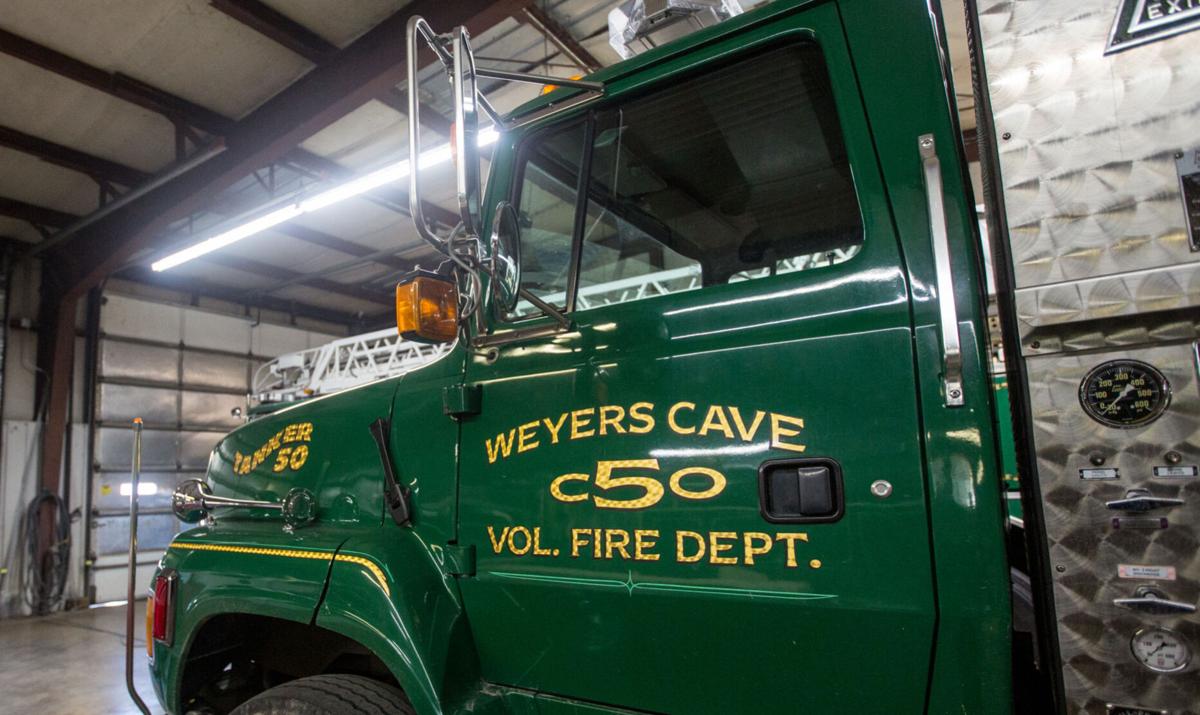 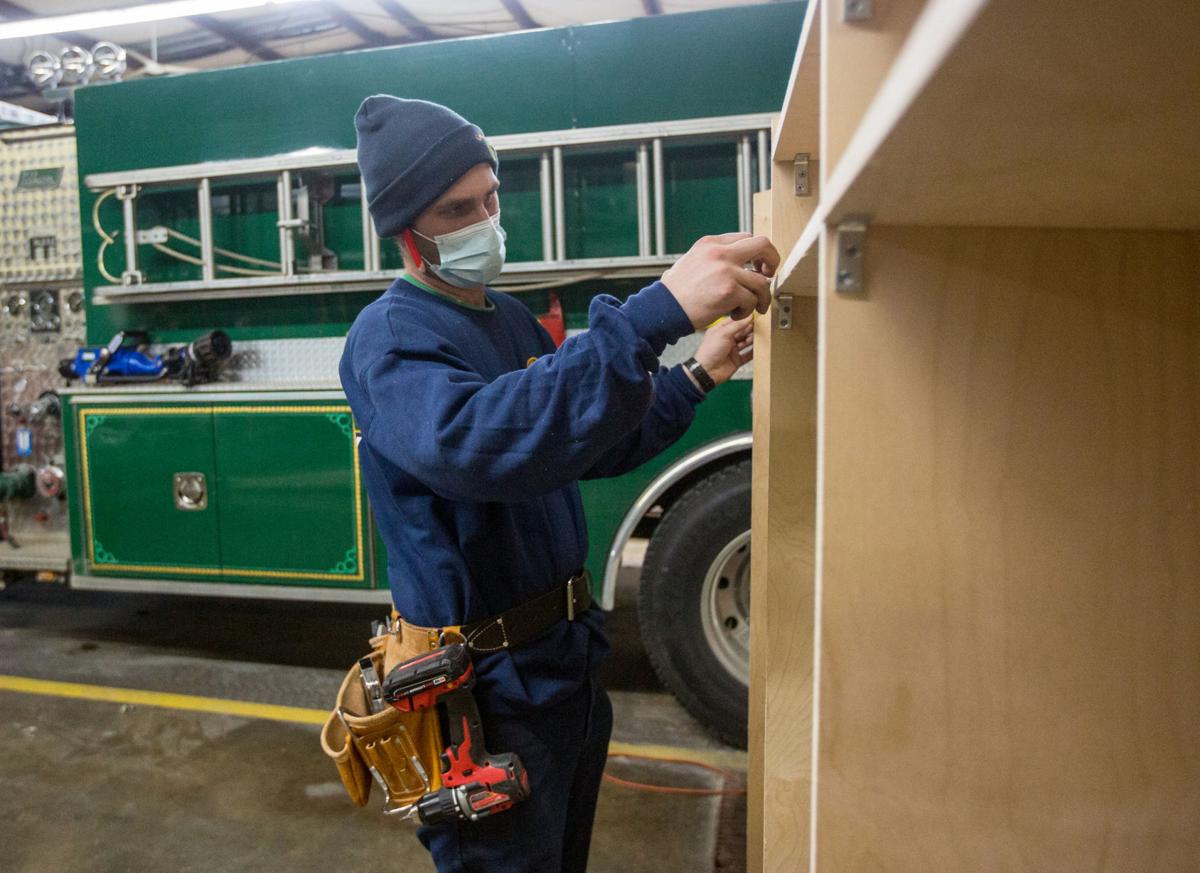 After wrapping up a 24-hour shift at the Harrisonburg Fire Department on Maryland Avenue on Monday, Alan Wampler headed to his other fire station — the Weyers Cave Volunteer Fire Company.

Tuesday afternoon, Wampler — who became chief of the volunteer fire company on Jan. 1 — rolled out of the Keezletown Road fire station to head to help someone involved in a traffic crash.

This time, he wasn’t getting paid to do it.

“It’s good to help out your community,” the 35-year-old said.

Wampler, who has been a paid firefighter in Harrisonburg since 2007, first started volunteering for Weyers Cave about 15 years ago.

He was working on his family’s dairy farm and he would routinely drive his younger brother, Jeremy, to the first station so he could volunteer.

In addition to Wampler, the station also has two other HFD career firefighters.

Alex Thibodeaux, 26, has worked out of the Rock Street fire station for almost two years. When he’s not working for the city, he can often be found at the volunteer station.

“I went home for a few hours and then came here,” Thibodeaux said Tuesday. “You have to love it to do it.”

The Mount Sidney resident said he enjoys being around the other volunteers.

“I like being at the station,” he said. “We built a camaraderie … a brotherhood. We make each other better.”

While at the Weyers Cave station, he doesn’t run as many calls compared to his shift in Harrisonburg, so he looks for projects to keep himself business.

Right now, he’s putting his carpentry skills to work building lockers for his fellow firefighters to put their turnout gear in.

He and his fellow firefighters are always looking to make the station better.

“There’s a lot of pride and ownership,” he said.

Joe Fierro, 27, of Linville, joined the fire company about two years ago to gain skills to get hired by a paid department.

He started his career as a full-time Harrisonburg firefighter last month.

“When I started volunteering, I became hooked,” Fierro said.

Many others at the station are hooked, too, even those that don’t really run calls anymore.

The station has about 50 volunteers on the books, but only about a dozen or so are active.

While Weyers Cave had a fire brigade that formed in 1923, the Weyers Cave Fire Company became chartered in 1948.

Douglas Wren, a semi-retired mechanic shop owner, has volunteered at the station for 49 years.

Recently, he said, maintaining volunteers has been more difficult for most fire stations.

He said Weyers Cave tries to draw its volunteer base from a roughly 5-mile radius of the station so if the alarm goes off, volunteers can be at the station within 3 to 6 minutes. Although, he said, oftentimes several are there, even during the overnight hours in the sleep quarters.

On occasion, he’s the first at the station.

“I still run alone once in a blue moon,” he said.

Although federal regulations restrict just one firefighter battling a blaze alone, he said he still gets there first and starts laying out the hoses until other firefighters show up at the scene.

Funding for the station comes from a variety of sources, mostly from the Augusta and Rockingham county governments, private donations and fundraising.

Like all the other volunteer fire companies, Weyers Cave had to cancel its annual lawn party, which brings in thousands of dollars to help keep the station running.

Instead, the company hosted a fried chicken fundraiser and a sunflower fundraiser in August. The sunflower field is located off the intersection of Oakland Farm Road and Weyers Cave Road.

Organizers said the idea for the fundraiser came after the property owner asked the company if it wanted to host a fundraiser and sell the sunflowers.

Naturally, with the lost money from the lawn party, the firefighters jumped at the chance. Visitors, at $10 per car, had a chance to pick their own sunflowers.

The company has a fleet of fire trucks, including a ladder truck.

The most common question volunteers get asked is why the trucks have a green paint scheme?

Melvin Groah, who once served as HFD’s deputy fire chief and has volunteered with Weyers Cave for 55 years, recalled how the company shifted from red to green trucks.

In the late 1970s, Weyers Cave was looking to purchase a new-to-them fire engine. Firefighters saw a good deal for a used fire truck that the Rouse Fire Company in Winchester was looking to unload.

The only catch: it was green.

Members drove to the station, checked it out, purchased it and brought it home.

They originally planned to paint it red.

“That thing was so pretty, we couldn’t paint it,” Groah said.

From that point forward, all new engines arrived with a fresh coat of green paint.