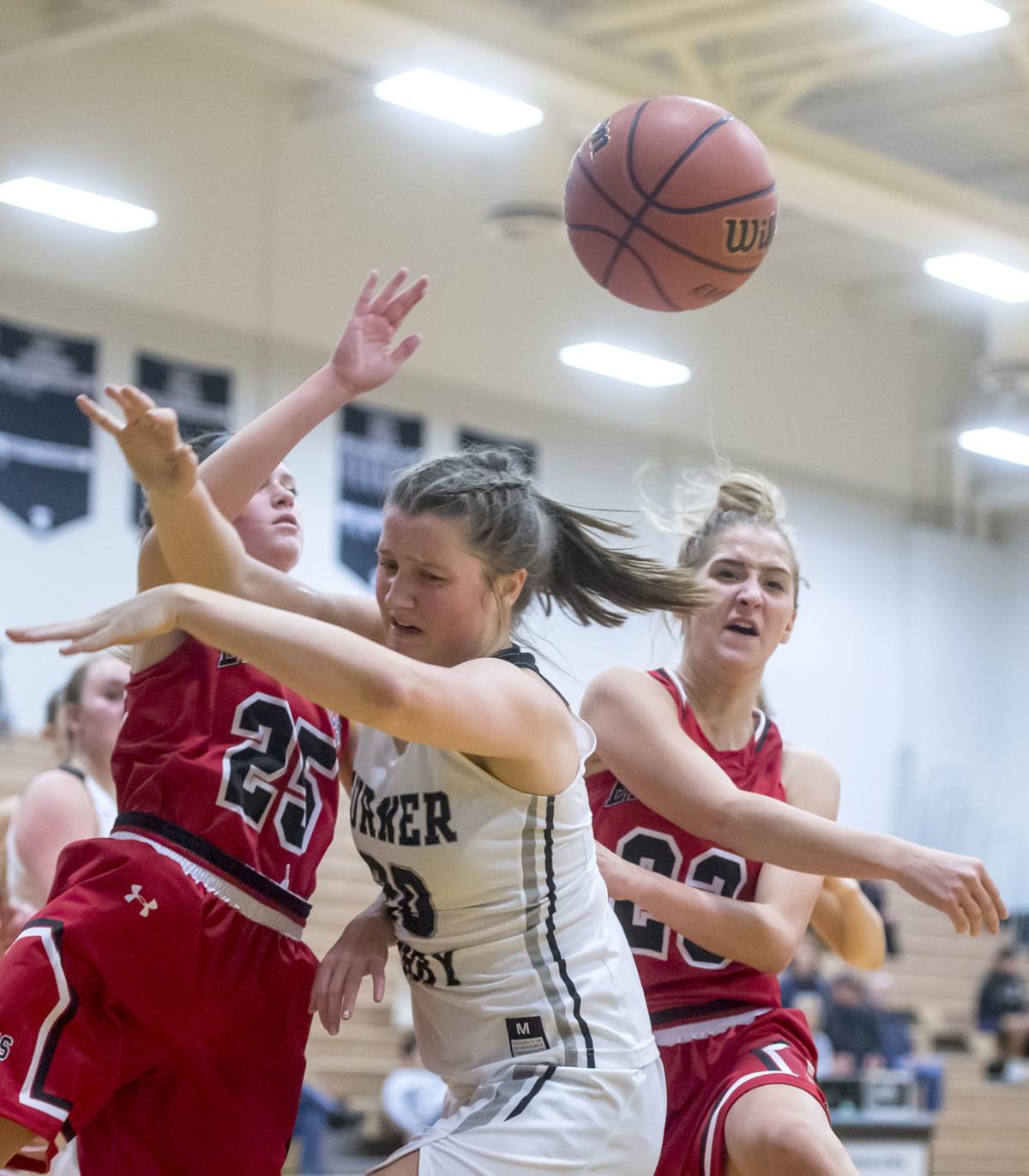 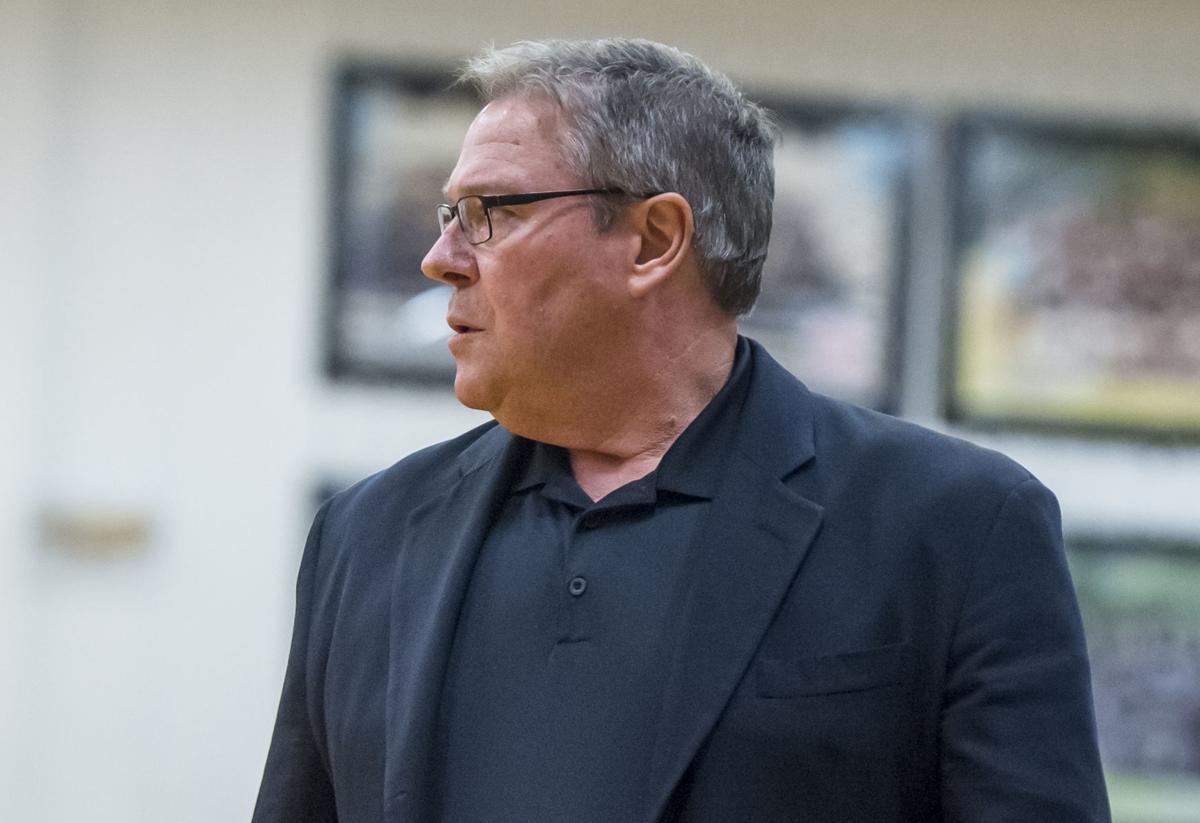 BRIDGEWATER — When basketball coaches talk about rebounding, they often use words such as effort, toughness and hard work to describe what it takes to excel at that aspect of the game.

“I don’t really go out there just trying to get rebounds,” said the Knights 5-foot-8 forward. “I just go after the ball and play as hard as I can. I just play hard every single night.”

Despite her insistence that it’s not her focus, she’s been impressive on the boards this season.

With TA — which is one of the youngest teams in the Valley District this year — off to a 7-0 start, Kiracofe has been one of the biggest surprises for the Knights.

“It’s obviously a great benefit to our team,” veteran Turner Ashby coach Rob Lovell said on Tuesday before practice in Bridgewater. “She plays the game with a lot of energy. To be as young as she is, she makes really good decisions in the flow of the game.”

The Knights were young a year ago and struggled through most of the season, but went on a hot streak at the end of the year to finish 10-16 and reach the Region 3C playoffs.

Makayla Cyzick, who is now playing softball at Winthrop University in South Carolina, was the lone senior on that team and many of the current juniors have played since they were freshmen.

“We hoped we would be able to keep progressing,” Lovell said. “With that group of juniors, two years ago, I had to bring them up as freshmen and throw them into the deep end of the pool before they were able to swim. To their credit, they battled through.

“I thought last year, we started to make some strides. You hope that progression will continue. It doesn’t always, but they’re a pretty dedicated group. I was hoping for us to turn the corner. I’m proud of our start, but we have a lot of basketball still left to play.”

Kiracofe was pulled up to varsity last year after originally starting on the JV squad.

While on JV, she served as the Knights starting point guard. Once she moved up to the varsity, however, Kiracofe began playing a variety of roles under Lovell.

“The big thing is her versatility,” said Lovell. “She’s a good ball handler. We have no problem with her shooting from anywhere on the floor. She’s a good shooter, good defender. She’s a five-tool player. It’s obviously helped us get to where we are now.”

During her freshman campaign she averaged 6.2 points and 4.3 rebounds per game.

This year, however, Kiracofe’s numbers have blown up as she is averaging a double-double of 14.8 points and 12.0 rebounds per game.

“For her to be as good of a rebounder as she is, a lot of that is just an instinct of where the ball is going to come off,” Lovell said. “In that way, she reminds me a little bit of [former TA and James Madison standout] Kirby Burkholder, who had an uncanny nose for the ball. I think Leah has some of that in her. She’s a really strong kid. She has pretty big hands. When she gets a grip on it, it’s going to be tough to take it away from her.”

It hasn’t just been Kiracofe leading the way for the Knights this season, however.

Becca Shiflet, one of four juniors that have played on the varsity level since their freshman season, is averaging 14.0 points, 4.2 assists and 4.2 steals per game.

She said with no seniors on this year’s roster, the juniors have emerged as leaders.

“We come into practice and we work as hard as we can,” Shiflet said. “We see improvement every single day. We just want to keep it going. We’re all proud of ourselves and happy to be here. We really try to be the best leaders we can.”

While Lovell hoped Turner Ashby would turn a corner, Shiflet said she expected it.

“With the summer program and all the work we put in, I really did believe that we had something coming. I mean, we’ve proved it. I just hope we can keep it going,” she said.

Kiracofe has stood out because of her willingness to do anything for the Knights.

She said that’s the mentality of the entire roster.

“I think it’s a really big strength that we know we can count on each other,” said Kiracofe, who also averages 1.4 steals and 1.6 blocks per game this season. “People coming off the bench can do as well as anyone else. We’re all equal. “We get along really well. There’s no drama. We just go out there, play hard and play as a team.”

In a district filled with strong play in the low post with players such as Spotswood’s Stephanie Ouderkirk, Harrisonburg’s Jay Garcia, Broadway’s Anna Swartz and Rockbridge County’s Graceon Armstrong, the value of Kiracofe is high for the Knights.

“She’s invaluable,” Lovell said. “Leah is probably just scratching the surface of how good she can be.”