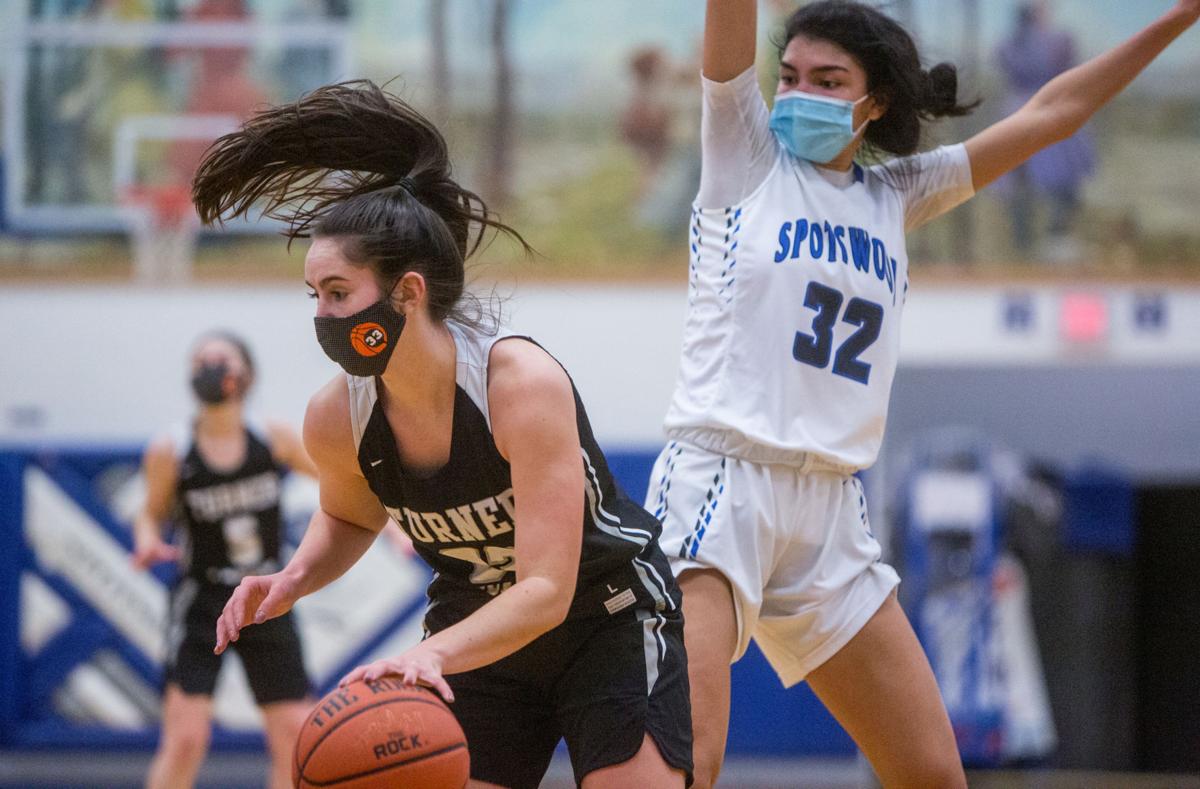 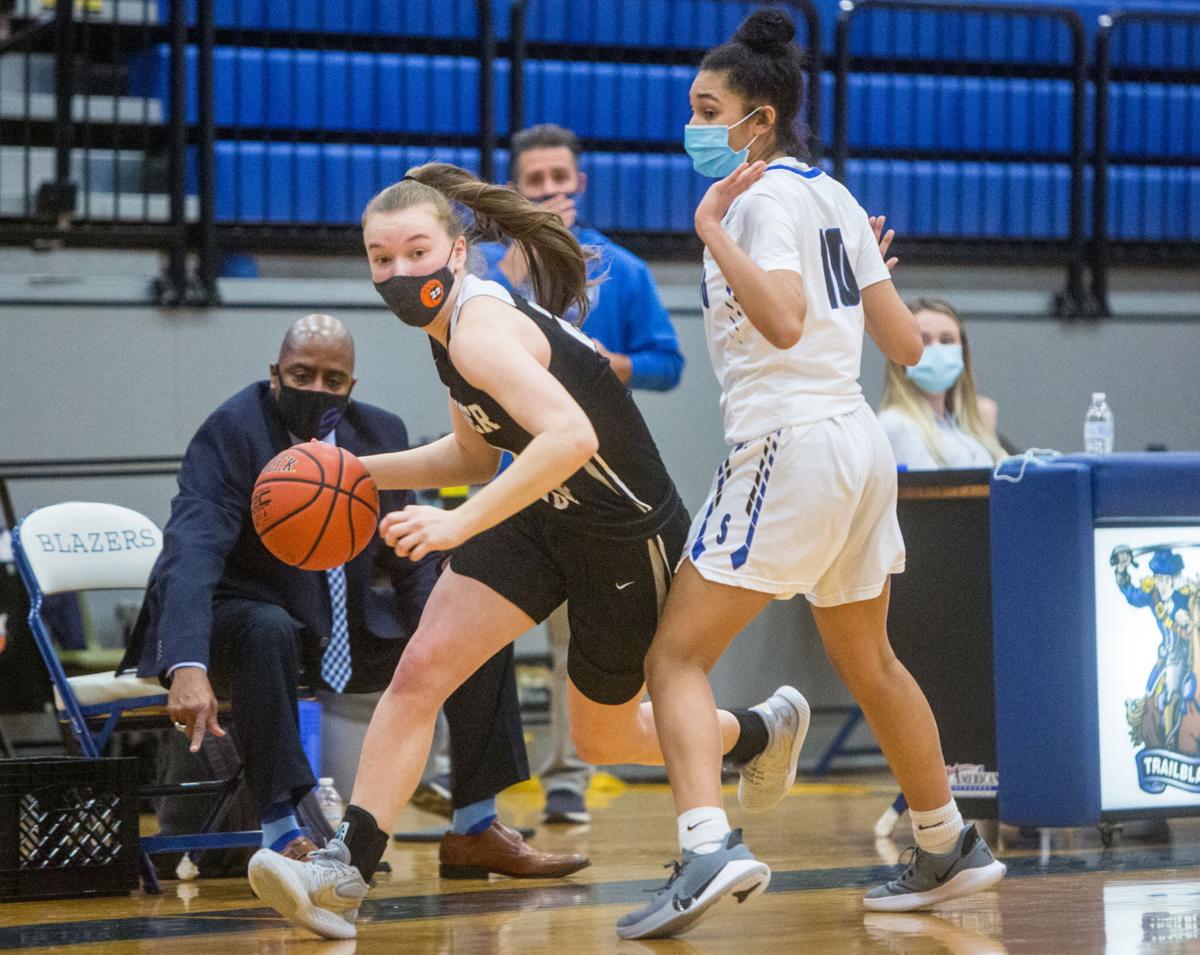 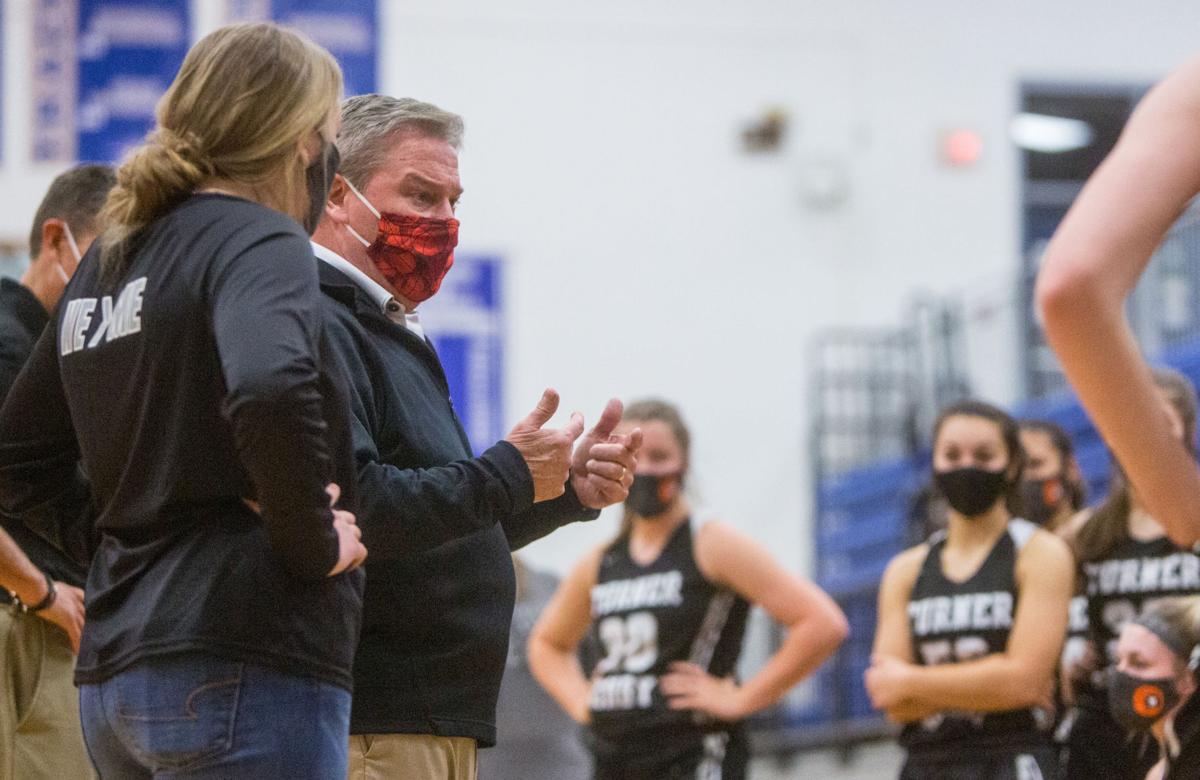 Turner Ashby head coach Rob Lovell talks with his team during a timeout.

Turner Ashby head coach Rob Lovell talks with his team during a timeout.

PENN LAIRD — As Rob Lovell emerged from the away locker room on the south side of the Spotswood gymnasium, the 29th-year Turner Ashby girls basketball coach couldn’t help but flash a smile as his players celebrated before him.

But just as quickly as he admitted he felt satisfied leaving Penn Laird for the first time in quite a while, he just as swiftly pointed out that his veteran squad hadn’t exactly put forth its best effort on Thursday night.

“It wasn’t perfect,” Lovell said. “We didn’t handle their pressure as well as I would have liked. We turned it over too much, missed too many layups. But, man, I was really proud of the way our kids battled and hung in there. “

The Knights got the win they’ve coveted the past several seasons with a thrilling 53-48 win over the Trailblazers in Valley District girls basketball action at SHS. It was Spotswood’s first loss to a district opponent since 2017.

“It’s between our ears, our mentality,” TA forward Leah Kiracofe said. “I think this is going to really help us in the future. It’s always been like, ‘Oh, it’s Spotswood.’ We’ve lost before we even start the game because nobody has really beat them. I think this [win] is really going to help us and we’re just going to go into practice and work even harder.”

If there was ever a time to show their mental toughness, it was on Thursday and the Knights did just that as they rallied out of an early five-point deficit in the fourth quarter and hit clutch free throws down the stretch of the win.

After Sarah Haliburton scored off a nifty pass from Brooke Morris to put the Trailblazers up 41-36 with 6:18 remaining, their offense suddenly went cold as Turner Ashby turned up its defensive pressure and forced multiple turnovers.

“For me, personally, I just told myself that we need to get a stop on defense,” said Knights guard Addie Riner, who finished with 10 points in the victory. “That’s what will get us a layup, so we need to work hard on defense to win the game. I think that changed the momentum. We don’t get worried because we have confidence in each other.”

Kiracofe’s bucket with 4:43 remaining evened the score and Riner and forward Alyssa Swartley combined to score the next seven points after that as Turner Ashby used a 12-0 run to go from down five to up seven with 2:18 remaining.

“We all trust each other, so we all have confidence in each other that we can get the play that we need,” Swartley said. “We just have to lock up on defense because good defense leads to offense. If we get stops, we’re going to score.”

Spotswood — the two-time defending Virginia High School League Class 3 champions — made a final push despite being down two starters, one of which was their leading scorer and arguably the area’s best player in Abby Branner.

Zoli Khalil got a runner in the lane and Kayci Carrier later went on a 5-0 spurt of her own to cut the TA lead to 50-48.

But the Knights were able to hit 5-of-6 free throws down the stretch and eventually hold on for the crucial road win.

“They have a great coach,” SHS coach Chris Dodson said. “Rob does a phenomenal job, keeps pushing them, does an amazing job every year. I say that every time we play them, win or lose. Experience was big with having all five [starters] back after making a playoff run. All that adds up. We’re down [multiple] starters and there’s a lot of inexperience out here. This game is going to do wonders for us. As [Branner and Payne] get back, this is going to make us so much better.”

Khalil led the Trailblazers (3-1), who hadn’t lost to a Valley opponent since falling to Broadway in the Conference 29 championship game on Feb. 18, 2017, with 18 points. Carrier had 14 while Morris chipped in with eight.

“For them, I know this is huge,” Dodson said. “It’s something they wanted and they just didn’t quit, but our kids didn’t quit either. We just kept coming back at them when we could have quit. I’m proud of our effort tonight.”

The Knights earned their first win over Spotswood since the 2014-15 season and avenged a loss from a week ago.

“It’s been a long time coming,” said Swartley, who finished with 14 points. “The day after we lost, we got back into practices and worked really, really hard trying to fix everything we didn’t do. It wasn’t our best overall game tonight, but just knowing we can get over those humps in the game and still come out with a win feels amazing.”

On a night the Knights weren’t at their best, they managed to get their biggest win in quite some time.

And that’s why Lovell, despite those shortcomings, couldn’t help but celebrate alongside his veteran players.

“They’ve been through the wars with us for four years,” Lovell said. “They’ve come over here and had to take some tough losses. I’m really happy for them and proud of them for hanging in there when we weren’t playing our best.”