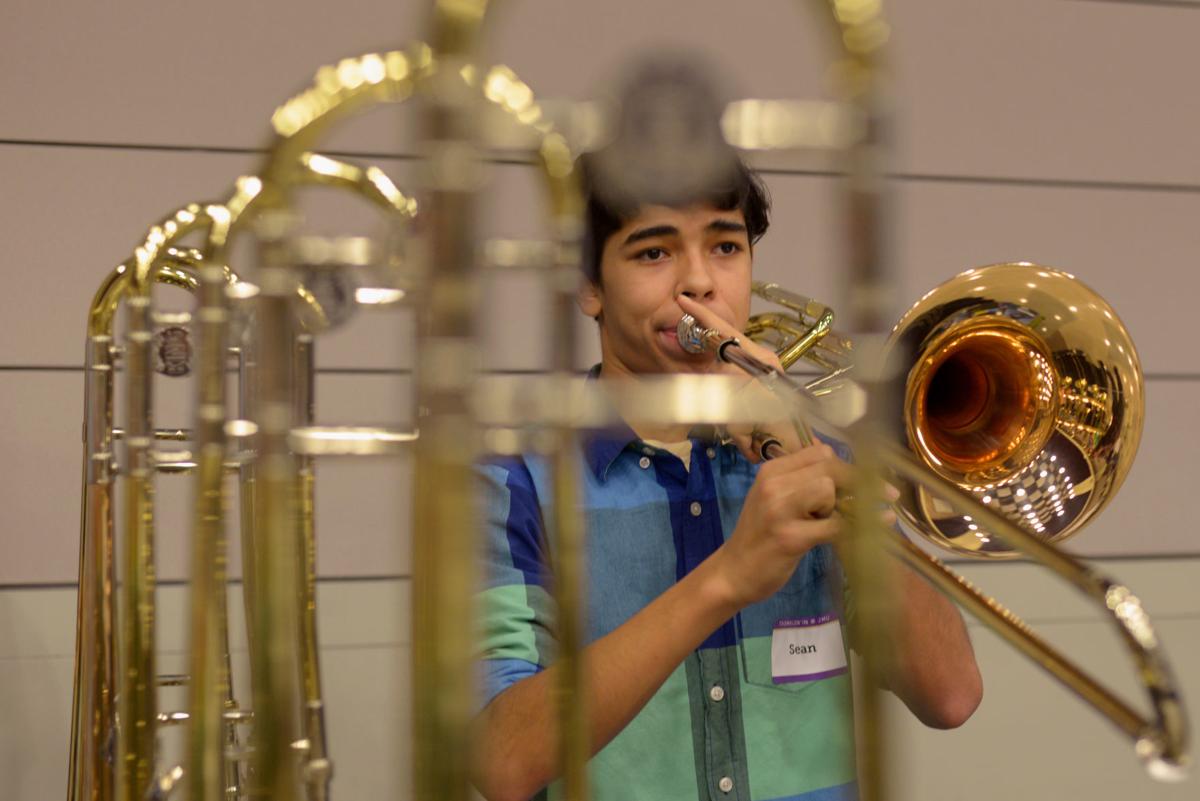 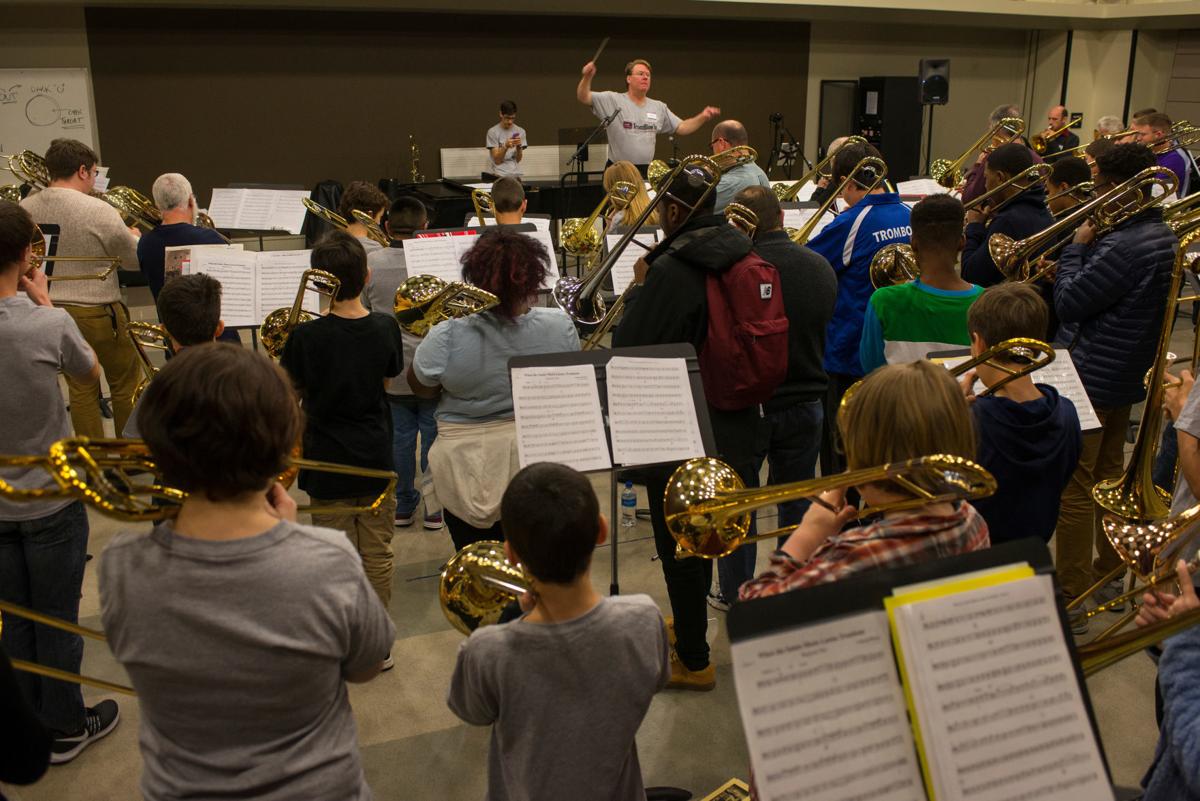 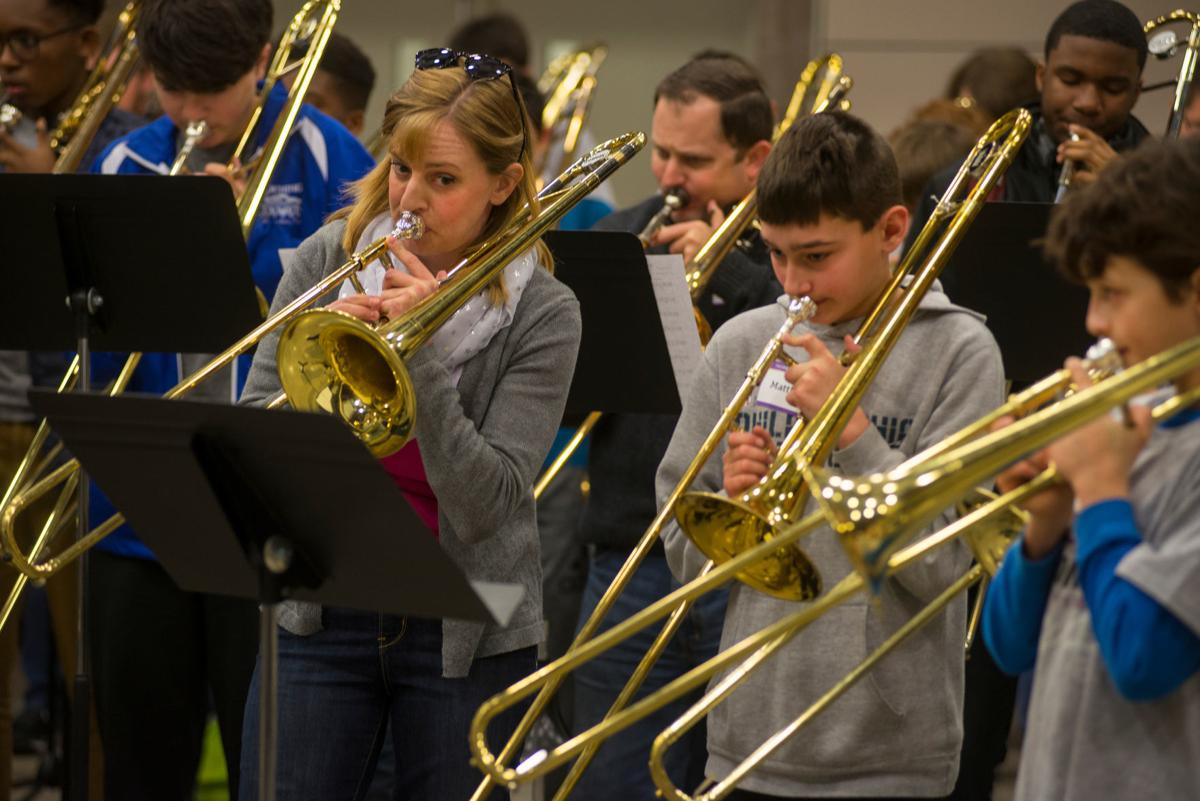 From near and far, over 140 trombone players have registered to assemble for the 12th year of Tromblow’in this Saturday.

Tromblow’in is a networking and educational event that collects musicians from around the state to participate in workshops to enhance their abilities and share new techniques.

Jarvis is the first female trombonist to lead Tromblow’in in the event’s 12 years. She began playing when she was 11 years old and has since evolved to be a “session musician,” capable of playing in any style.

Mott said that when it came time to consider a strong instrumentalist to highlight the day, Jarvis was one of the first to mind — not only for her award-winning talent, but she is also an inspiration due to her resilience and strength in overcoming stage two Hodgkin lymphoma.

“Just as a musician, dealing with the whole cancer process and coming through it and being willing to subject yourself to experimental treatments and trial and then go into remission and have it basically cured is phenomenal. And then the fact, again, that she’s one of the top trombone players in the world, regardless of whether she’s a man or a woman, is even cooler,” Mott said.

As a world-renowned trombonist, Jarvis has toured and recorded with stars such as Queen, Taylor Swift and Seal. She is also president of the International Trombone Festival and is a professor of music at Trinity Laban Conservatoire of Music and the Royal Northern College of Music.

Jarvis frequently attends conventions and workshops to connect with trombonists all over the world and said she is excited to share her talents and story in Virginia.

Mott said her versatility as an artist is what sets her apart, as she has carved out a place for herself in the music world as offering herself as an orchestrator, arranger, composer, vocalist and keyboardist for musical tours.

In previous years, registration cost $15 and included a T-shirt to commemorate the event. For the 12th anniversary, registration is free but T-shirts and the music are available for purchase, and $100 from sales will go to the local chapter of the American Cancer Society in honor of Jarvis, the guest artist.

Each year, Tromblow’in also offers a display of horns courtesy of Conn-Selmer Corp. for participants to get a feel for instruments of different sizes and shapes. Mott said the possibility to experiment with new instruments without paying a fee is unique to smaller workshop events, but Tromblow’in strives to provide the same caliber opportunities as some larger conferences.

“You’ll see this kind of thing happening at the bigger trombone workshops and multiday festivals like the American Trombone Workshop, which is every March up at Fort Myer, Va., or the International Trombone Festival,” Mott said. “We try to bring aspects of that big trombone workshop experience right to Harrisonburg.”

Jay Crone, principal trombonist of the Roanoke Symphony Orchestra, is leading the warmups on Saturday morning. Then, players will separate based on ability and practice sight-reading. After three workshop sessions, Jarvis will conduct a playing demonstration to talk about her career, answer questions and demonstrate some skills.

For her performance, she will be accompanied by a piano, bass, drums and a full string quartet. Following that, Virginia Commonwealth University’s trombone choir will perform a 45-minute concert, and then VCU professor Antonio Garcia will lead a jazz improvisation course.

Each year, the event wraps up with a free concert from 7 to 9 p.m. at the James Madison University Forbes Center for the Performing Arts. The grand concert begins with Mr. Jefferson’s Bones followed by the JMU trombone choir, then Jarvis and finally the mass trombone choir comprised of all musical attendees will come together to play “Oh, Shenandoah” to close out the night.

Fishersville resident Michael Ruch has two grandsons, the eldest a senior at Staunton High School and the youngest an eighth-grader at Shelburne Middle School, who have participated in Tromblow’in over the years. Ruch said watching all of the trombonists’ hard work come together by the end of the event is heartwarming and inspiring.

“To see the fruits of the labor of the workshop participants at the end of the day,” Ruch said. “It just amazes me that you take a group of — I think they have maybe 120-plus workshop participants — but a group of participants who don’t normally play together and to take them starting out at 9 in the morning and then put on this spectacular concert at 7 in the evening. To me, that’s what I find special about it.”