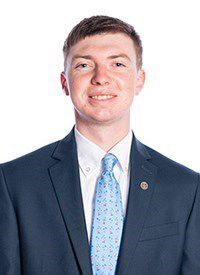 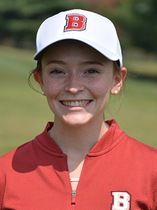 Bridgewater sophomore Madolin Neff had a strong finish to her golf season as she shot 82-84 for a total of 166 to end up sixth and earn all-tournament honors at the Old Dominion Athletic Conference Championship that ended Monday in North Carolina.

Heather Donnelly of BC tied for ninth, while Washington and Lee won the team title.

“These past few weeks I feel like my game has really come together. I struggled with ball striking and putting for a little while but now I feel like it has all come together,” Neff said on the school athletic website.

Broadway graduate Shaina Beach, a sophomore for the Eagles, was 11th in her first ODAC championship event.

The BC men were fifth in the ODAC Championship.

Fifth-year senior Ronald Uszenski of the Eagles tied for fifth out of 57 golfers in the conference with a score of 224 as he earned all-conference honors. Jacob Laughlin (East Rockingham) had a two-day total of 231 to place 17th for BC.

Coach Andre Swartzentruber said on the EMU athletic website: “Both Ben and Chris battled hard against a really tough course over two long days of golf. Ben didn’t have his A game, but still found a way to post some respectable scores.”

Meade Slonaker (EMHS) of Penn Laird helped nationally-ranked Hampden-Sydney take second in the ODAC back of the Guilford men. Slonaker tied for fifth with a three-round total of 224.

BC senior attack Eric Husselbaugh was named ODAC Player of the Week in lacrosse after he reached the 200-point mark in his career last weekend. He is the all-time scoring leader at BC and on Tuesday was named to the USILA national team of the week.

James Madison standouts Emma Johnson, a redshirt senior, was named the Defensive Player of the Year in the Colonial Athletic Association while redshirt freshman Isabella Peterson was tabbed as the Rookie of the Week on Tuesday. The Dukes are ranked No. 21 in the nation and will host the CAA tournament next month, on May 7 and 9.

Spotswood and Elon graduate Mickey Dean, who grew up in Elkton, posted the 600th win of his college career Sunday while with the Auburn softball program. He was the JMU coach from 2013-17 before heading to Auburn. He was the head coach at Radford from 2007-12.

Shenandoah 10, Eastern Mennonite 2: The Royals got two hits and two RBIs from John Judy (Hampshire High, West Virginia) but lost 10-2 to Shenandoah in ODAC baseball. The Royals fell to 6-12, 6-12 while the Hornets improved to 23-7, 16-4. Shenandoah is ranked No. 15 and Randolph-Macon, also in the ODAC, is at No. 17 this week in D3baseball.com.

Randolph 17, Eastern Mennonite 13: Autumn Bailey (East Rockingham) had a three-run double and Bri Allen (Fort Defiance) also drove in a run in the third inning of the second game for EMU but Randolph came back and won 17-13 in Park View in the season finale for the Royals. Bailey had three hits, including a homer, and drove in eight runs while Sierra Lantz had three hits and scored three runs.

Lantz (Broadway) of EMU hit a three-run homer in the first inning of the first game for her sixth homer of the season and she hit a two-run shot in the fourth as the Royals won 13-2 in five innings. Ellizabeth Horn had three hits for EMU in the first game and Allen, Korenn Paige, Erin Keith and Emily Davis added two each. EMU ends the year 3-23, 1-19 while Randolph is 6-17-1, 1-10-1.

Bridgewater 6, Roanoke 3: Turner Ashby graduate Katrina Martin had three hits, including a homer, and drove in two runs and Samantha Hensley had two hits and drove in two as Bridgewater bounced back to win 6-3 in game two of the ODAC twinbill against host Roanoke. Emma Killion got the win on the mound for BC.

Sarah Wimer (Broadway) and Hensley (East Rockingham) had the only hits for Bridgewater in a 1-0 loss to Roanoke in the first game. Brantley Swift of BC allowed just one run in six innings on the mound but fell to 5-5. The Eagles are 11-11, 8-8 while Roanoke is 19-9, 12-6.