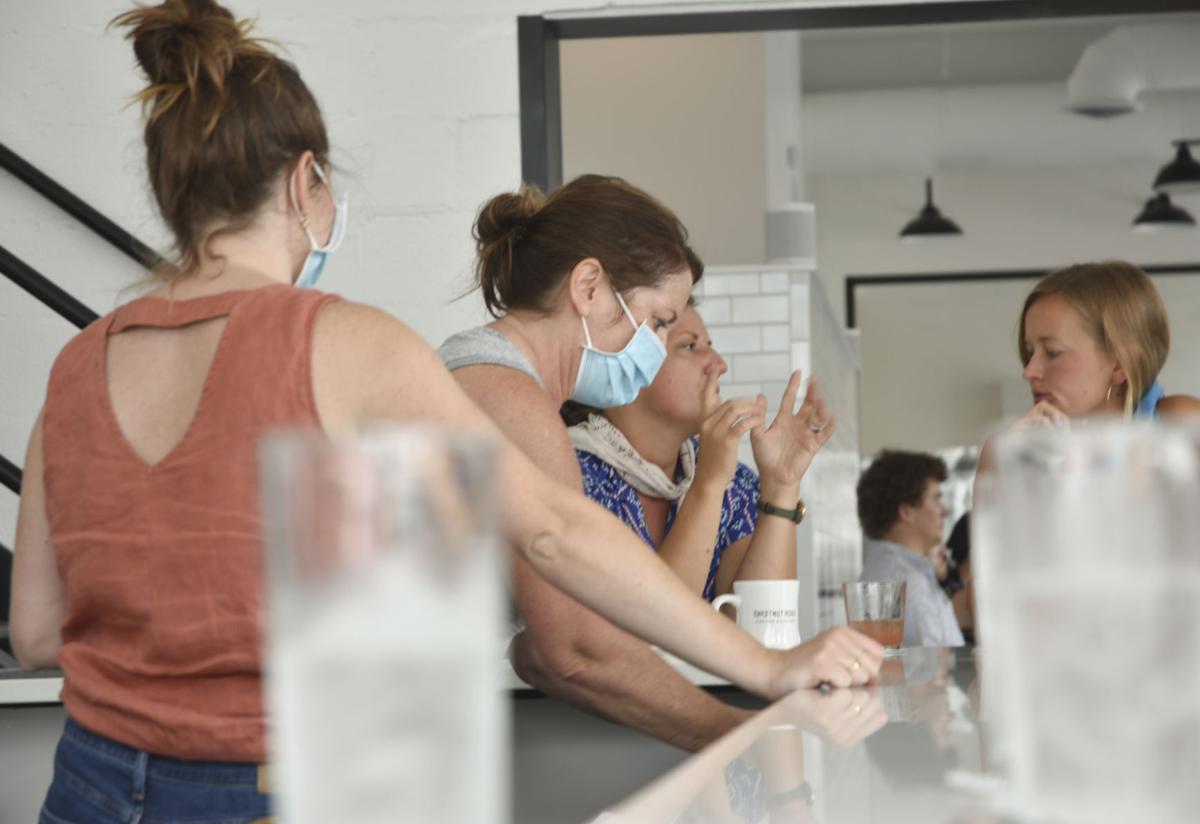 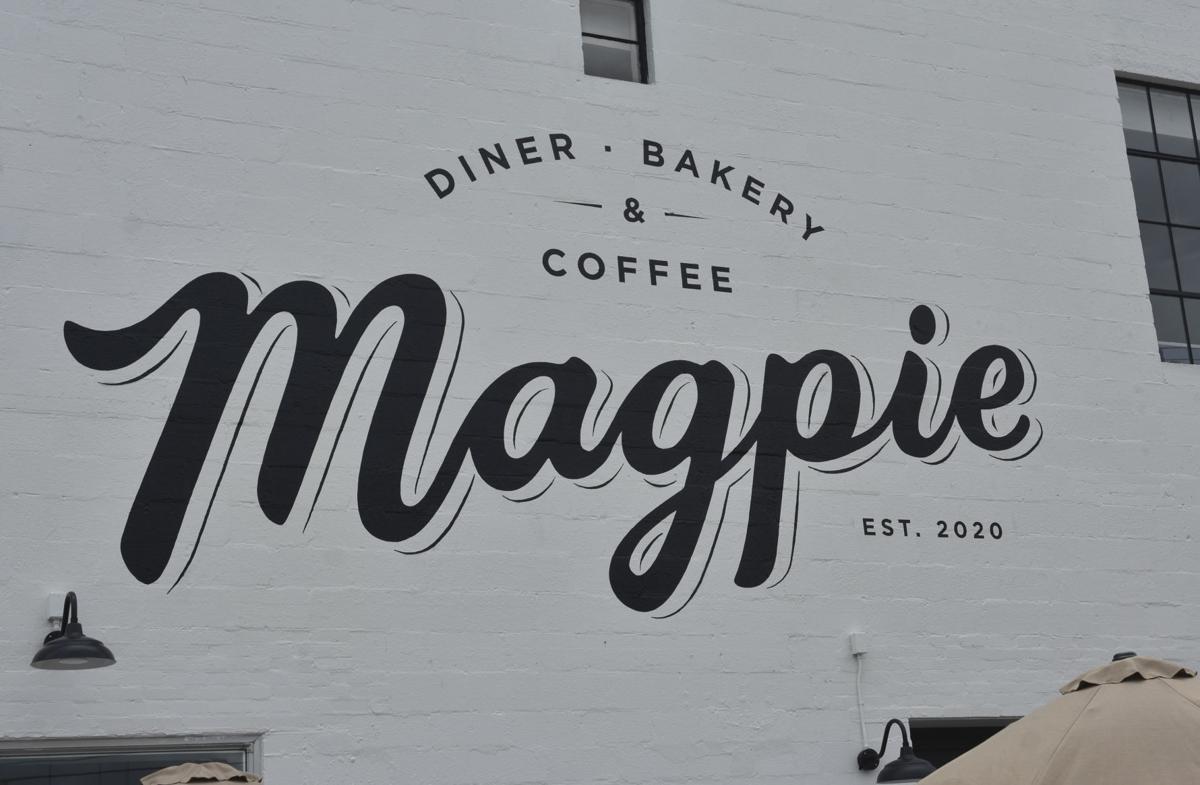 Magpie Diner opened its doors for dining on Tuesday in Harrisonburg. 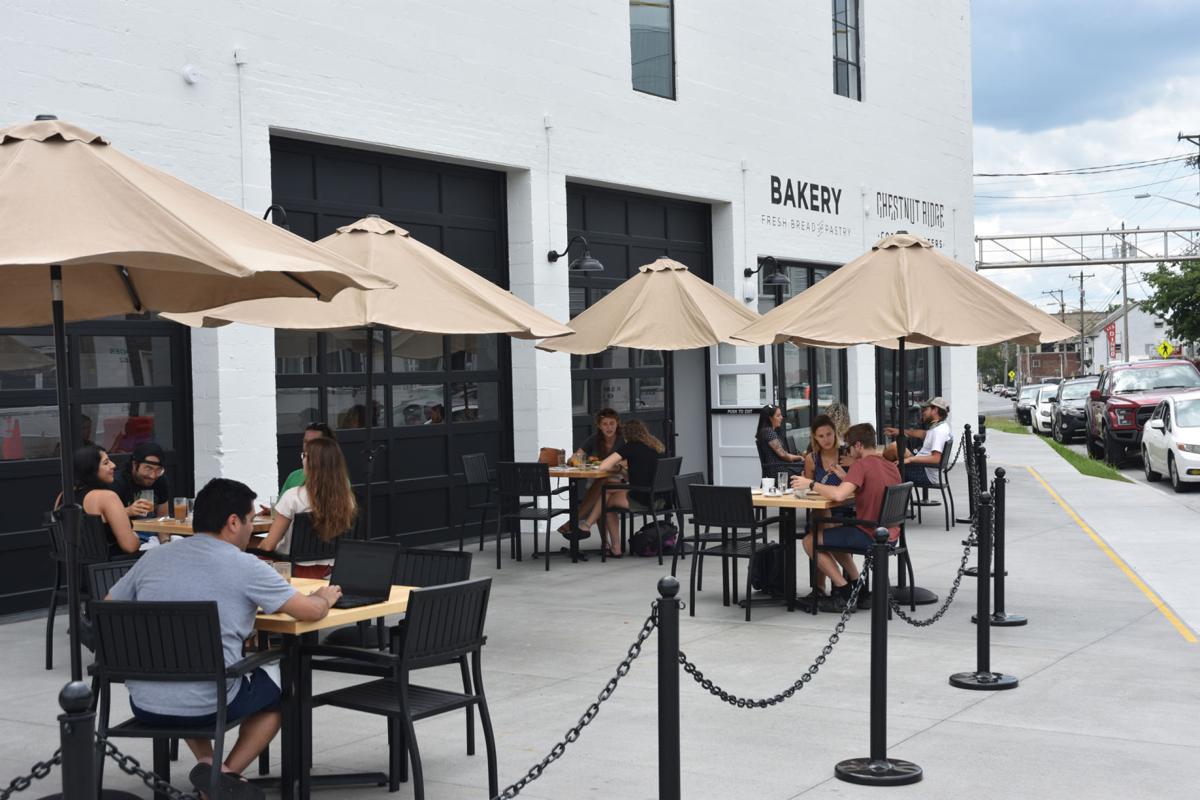 Diners sit outside during the opening of Magpie Diner in Harrisonburg on Tuesday. 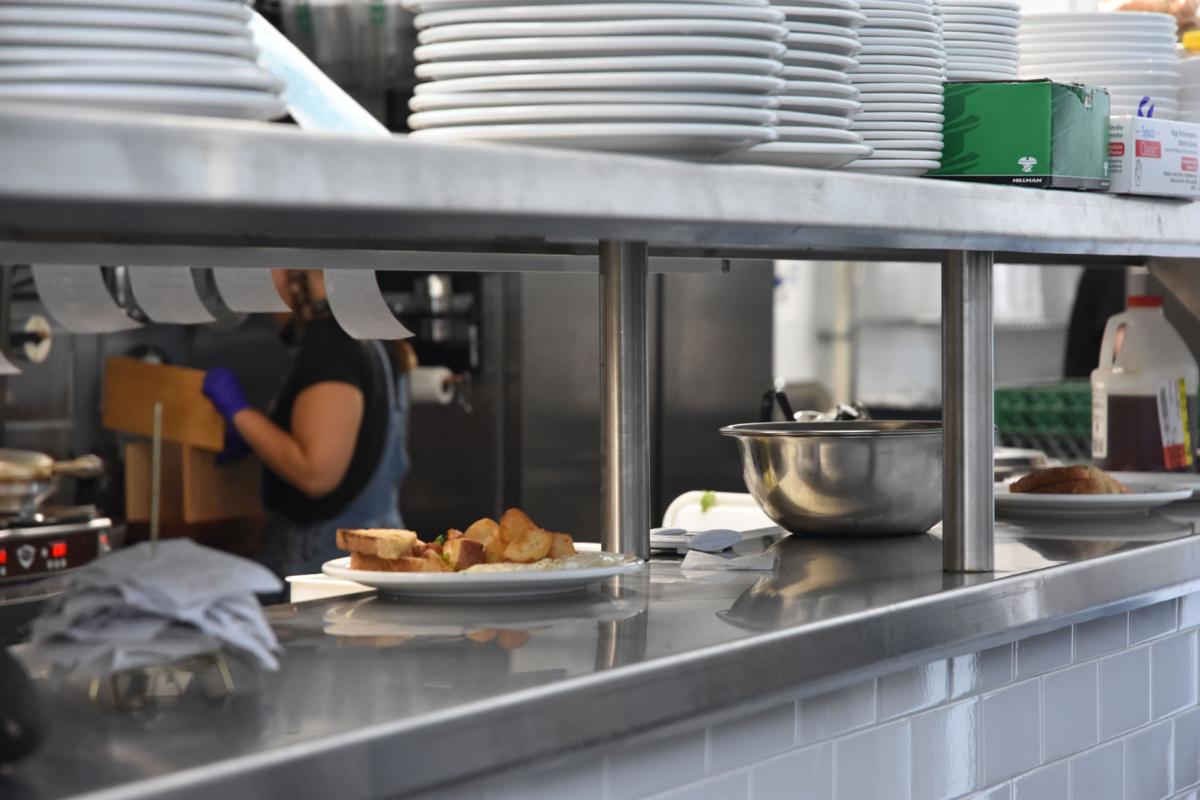 Breakfast potatoes, toast and eggs are ready to serve as the kitchen busily puts out orders during Tuesday's opening of Magpie Diner in Harrisonburg.

Magpie Diner opened its doors for dining on Tuesday in Harrisonburg.

Diners sit outside during the opening of Magpie Diner in Harrisonburg on Tuesday.

Breakfast potatoes, toast and eggs are ready to serve as the kitchen busily puts out orders during Tuesday's opening of Magpie Diner in Harrisonburg.

Rumbling trucks were far from the only traffic passing through downtown’s north end on Tuesday as hundreds came out to dine at Magpie Diner. By 7:45 a.m., a drove of eager patrons lined around the block in anticipation of the eatery’s grand opening.

After months of planning and construction at the corner of Liberty and Gay streets — further delayed by the pandemic — Magpie Diner opened its doors to the general public.

Whether a stickler for classics or a flavor surveyor, the menu runs from early morning staples to Instagram-able plates like quinoa breakfast bowls, with breakfast available all day.

Owner Kirsten Moore said over 300 guests came out for the event, and the biggest hit on opening day was the a la carte breakfast and crispy chicken milanesa sandwich.

“We were just excited about the response of the community; it felt like people had been waiting for this,” Moore said. “A grown-up community space that’s cool and chic and modern, but good food and people. It’s just good.”

Guests can soak in the summer warmth at five shaded patio tables or choose from the 12-seat counter at the front, over 50 booth indoor seating options or the community table. All tabletops are made from ash wood sourced from Westover Park and crafted by Rocktown Urban Wood.

Tuesday’s special of the day was a fig and Gruyere egg “sando” sandwich.

Friends Mollie Zenz and Janae Brown met for lunch on Tuesday and said they both adored the atmosphere and offerings at Magpie Diner. Zenz discovered the diner through shopping at Magpie and Friends Market, a fresh food market that operated from Clementine Cafe’s patio from April to June to support local producers and businesses.

“I’ve been excited for it to open for a while,” Zenz said. “It was incredible.”

“I’m actually upset I live in Illinois and I can’t come every week,” she said. “I was also surprised it wasn’t that expensive. I like to order a lot of things when I try a new place. … I was able to try different parts of the menu, and I feel like I didn’t spend a lot.”

Caffeine fiends can order an array of coffee beverages like cortados, cappuccinos or drip coffee, and know it’s close to the source. Situated between The Perch and Magpie Diner, Chestnut Ridge Coffee Roasters is in full operation and creating light blends that are available to Magpie customers either in a mug or bagged whole beans from the diner.

Other libations include freshly squeezed orange juice, Virginia-made kombucha and delicate craft cocktails. Curious customers can enjoy a show with their meal by watching the in-house bakers bring sourdough to life in full view through nearly floor-to-ceiling windows as staff rolls out croissants, milk bread and pie.

All across the menu, items pay homage to the Valley, such as Mt. Crawford Creamery milk in the Magpie granola. If you saved room for sweets after scarfing down a pork belly and pickled watermelon salad or roast beef tartine sandwich, the current dessert offerings are root beer floats with Kline’s ice cream and sweet grits pie with whip and lemon marmalade.

Upstairs and past the coffee roaster space is The Perch, a collaborative workspace for local entrepreneurs formerly known as The Hub.

Magpie Diner is the second of several businesses to open during the current wave of redevelopment on the northwest edge of downtown. Merge Coffee Co. broke the ice by opening its second location on North Main Street at the corner previously occupied by Chanello’s Pizza in early April. Joining Magpie Diner in the new commercial hub lot next are Sage Bird Cider Works and Lineage Goods across the street.

Lineage is moving a part of its business to 335 N. Liberty St. in the five-bay garage next to Sage Bird Cider Works. Inside the former Big “L” Tire complex, Lineage will establish a studio space dedicated to handcrafting an assortment of leather, canvas and home goods as well as offer workshops to clients.

Owner Paul Hansbarger said he is excited to be expanding the business into the north end of downtown alongside other unfurling, eclectic businesses.

“I am excited about the new space, its proximity to downtown, and the creative neighbors we’ll have with Sage Bird Cider Works, Magpie Diner, Chestnut Ridge Coffee Roasters, the Perch co-working space, and nearby Merge Coffee,” Hansbarger wrote in an email.

Sage Bird Cider Works co-owner Zach Carlson said he was excited to watch his neighboring business’ success and is eager to be a part of downtown Harrisonburg’s expansion.

“We’re on the ground floor of something cool here. Just the transformation of what it was and what it is now. … We’ve seen downtown go from boarded up businesses to coming alive, and I think revitalizing this area is the future of Harrisonburg,” Carlson said.

Magpie Diner is located at 85 W. Gay St. and is open from 8 a.m. to 3 p.m. Tuesday through Friday and 9 a.m. to 2 p.m. on weekends. Parking is available across the street in the gravel lot.

“We feel really good. I felt we did so much getting to this point,” Moore said, speaking for the restaurant staff. “We felt we had a really good day, and I’m proud of how we did.”

Very nice addition to Downtown and to my neighborhood too! I’ve watched as the renovation progressed and it has turned what would have been an eyesore into something wonderful. And all without razing the original structures. Although Magpie is a little bit above my means for frequent dining, I intend to patronize the diner as often as possible. I see some tasty items on that menu and the drinks are definitely reasonable. The bakery items are something I’m looking forward to.

Congratulations to the visionary owner(s) and to all that made Magpie possible. The best of luck to you!