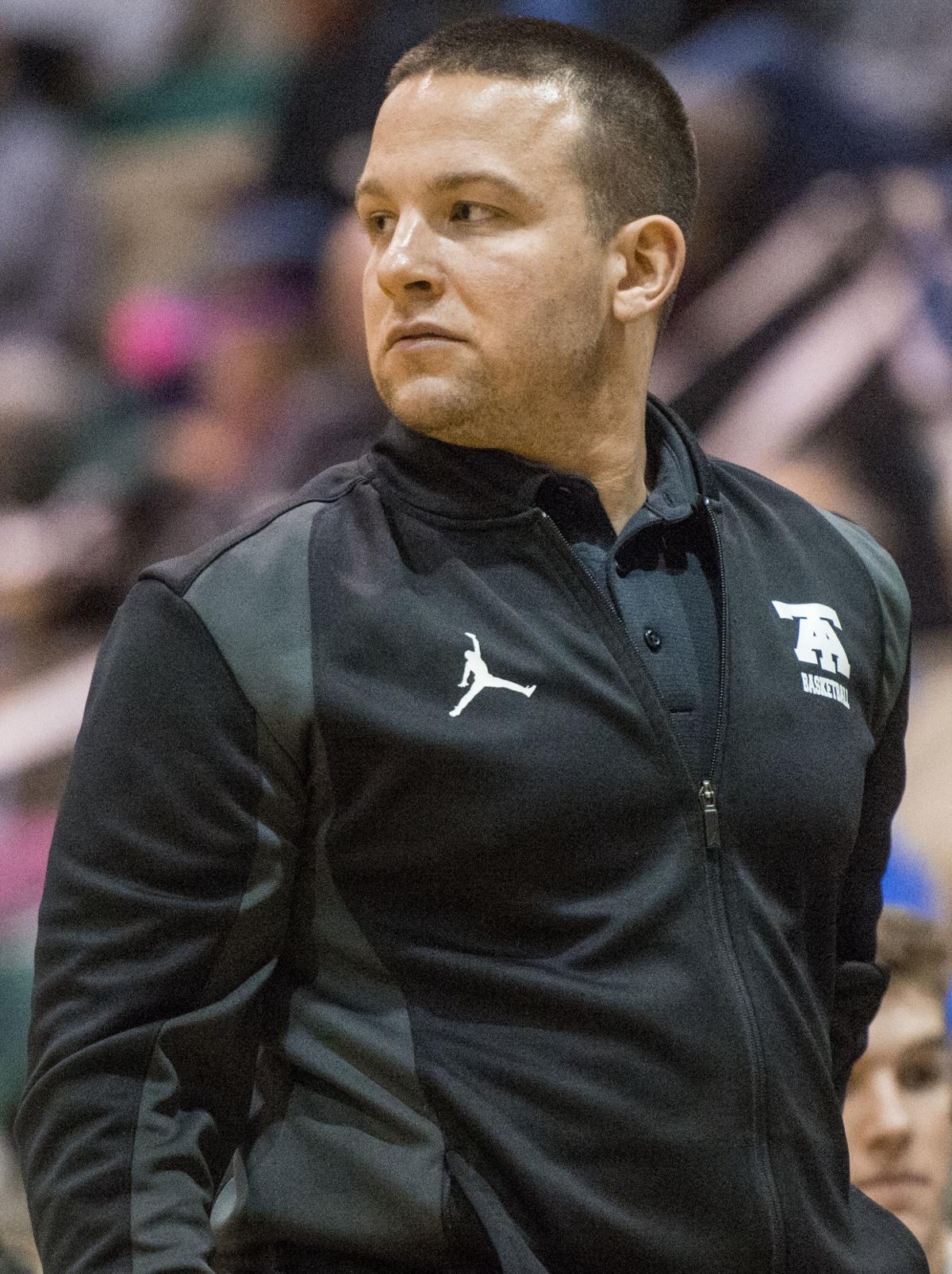 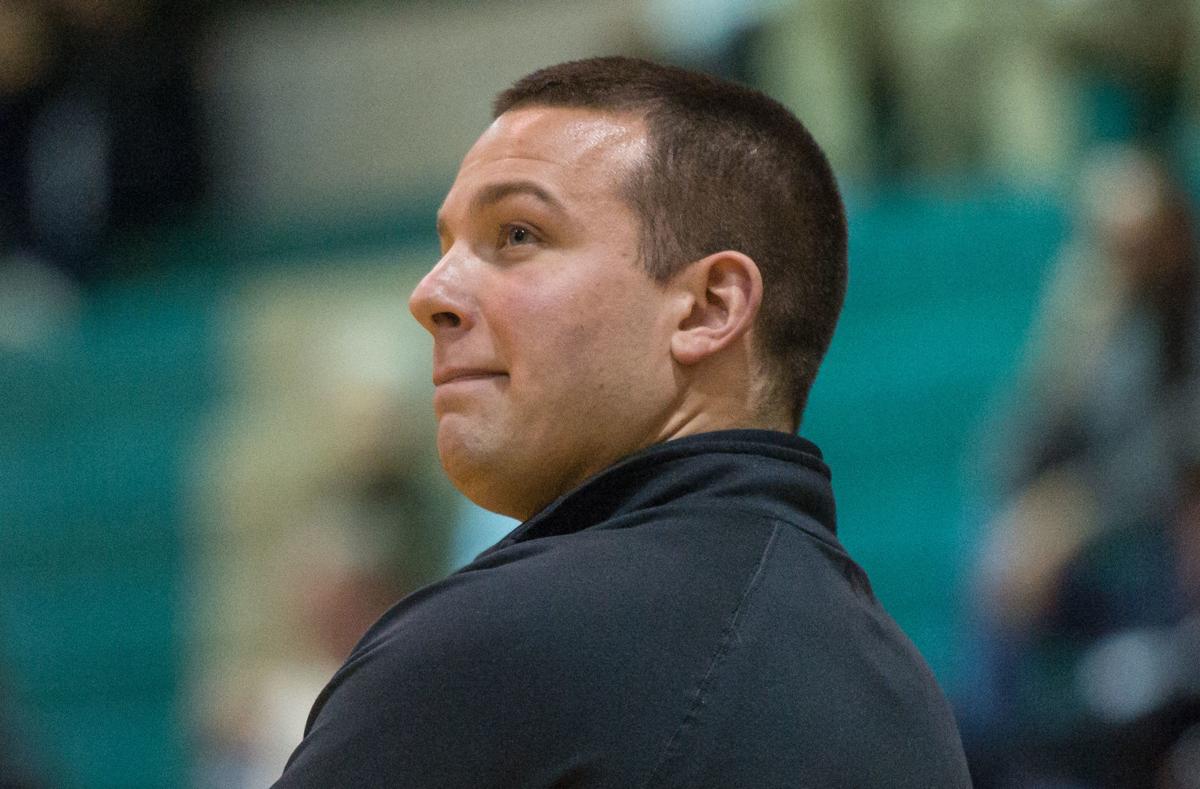 BRIDGEWATER — Bryan Mathews has resigned as the Turner Ashby boys basketball coach after just one year, the school announced Wednesday.

Mathews led the Knights to an 8-16 record this past season in his first year as the head coach. He is the second coach to leave TA after one year on the job after Marquis Woodyard resigned last June after a 4-17 campaign to accept a position working at the United States Basketball Academy in China.

"I'm very proud of the guys last season," Mathews said. "I really enjoyed coaching them. They are great people. TA was very good to me."

Mathews, who also served as an assistant under Woodyard and has previous stints at the Division III level for eight years, is accepting a coaching job at the collegiate level, per the school's release.

"We wish Bryan the best of luck with his future coaching plans," Turner Ashby athletic director Will Crockett said. "The process of finding a new head coach will begin immediately. We are planning to have a new coach in place so our program can start open gyms once it is deemed safe to do so."

Bridgewater College coach Steve Enright later told the Daily News-Record that Mathews was joining his staff as an assistant. The Eagles went 9-17 and 5-11 in the Old Dominion Athletic Conference this past year in their first season under Enright. Mathews joins former R.E. Lee coach Jarrett Hatcher on the BC staff.

"We are very excited about adding Bryan to our staff," Enright said. "He has great experience at the college level as an assistant and knows the local landscape well, coming from his most recent stop at TA. He'll do a great job."

Despite now having to hire his third boys' basketball coach in as many years, Crockett said he believes Mathews provided a change in culture that the Knights needed.

"I would like to find a coach that is committed to staying and helping build something positive here at TA. With that being said, I believe that the right coach can spark a positive change in any program very quickly. With any coaching position, my first priority is to hire the best available coach," Crockett said.

Mathews played college basketball at Elmira College in New York in 2006-2010 before beginning his coaching journey. He currently teaches in the business department at Bridgewater College as an adjunct professor.

His wife, Sarah Mathews, just finished her third season coaching the BC women's team. She guided the Eagles to a 14-12 record and a 13-5 campaign in ODAC play.

"Coaching college basketball has been my career for the past decade," Bryan Mathews said. "Any opportunity to build on that is special from my perspective."

After doubling their win total from the previous season, there was reason for optimism around the Knights program entering next year. TA finished the season as one of the hottest teams in the area before falling to Broadway in the Valley District semifinals.

"Playing for Coach Mathews was very exciting and no day or practice was the same," Knights senior Grant Swinehart said. "He brought excitement and enthusiasm that helped spark energy throughout the rest of the team. He knew how to push and motivate each and every player to try and reach their full potential. He was close to everyone, cracking jokes every once in a while, but also keeping us in line and making sure we worked hard day in and day out."

With players currently at home due to COVID-19, Mathews said he did announce his decision to those within the program but couldn't meet in person.

"Nobody wants to make a choice between two good things, but life requires it sometimes," Mathews said.

Although it was short-lived, Crockett expressed thanks to Mathews for his time with the Turner Ashby program. Now, he hopes the next coach can continue to build off what Mathews started.

"I am happy for Bryan that he will get to move back into the college ranks," Crockett said. "Bridgewater College will benefit from his presence in their program. I appreciate what he did for us last year and feel like he improved our program in the short time he was here. I want to see the next coach continue that and hopefully, set some long-term goals for success here at Turner Ashby."