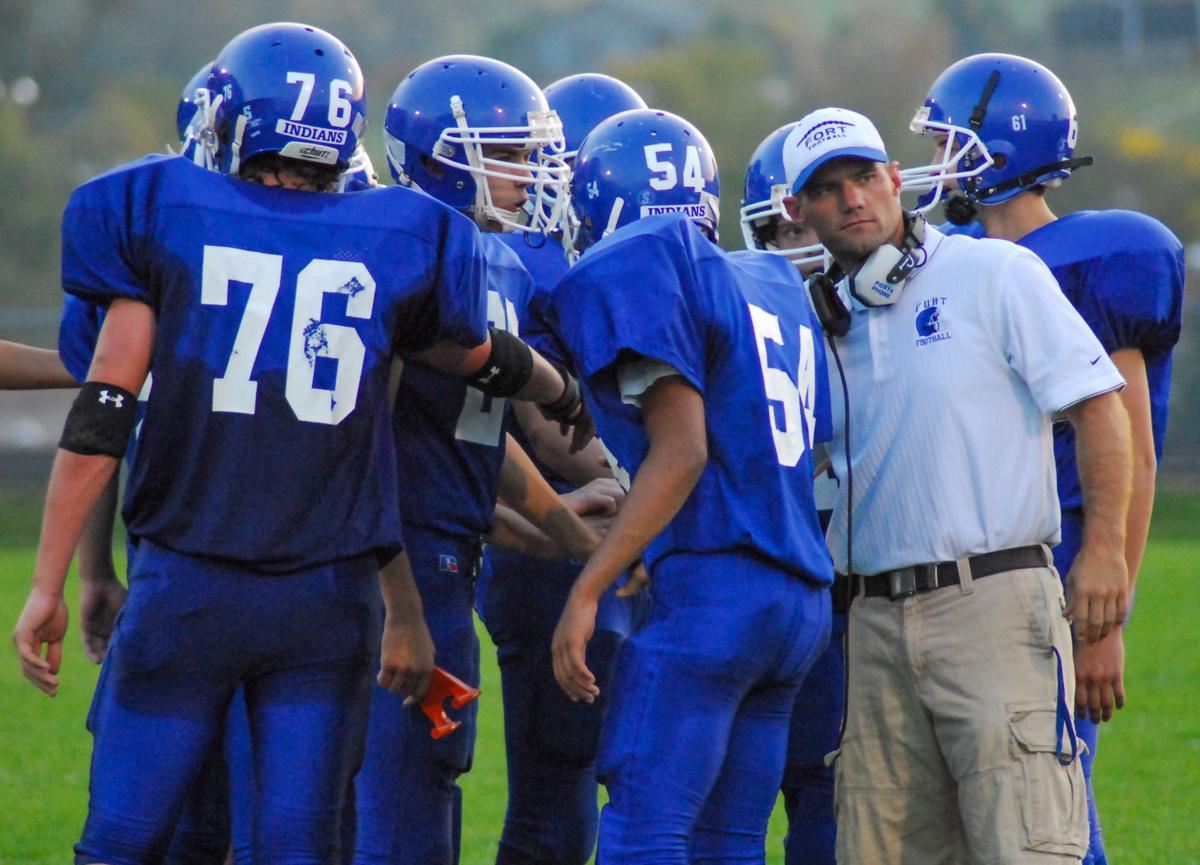 Richard Miller exits a huddle while coaching during a game in 2010. 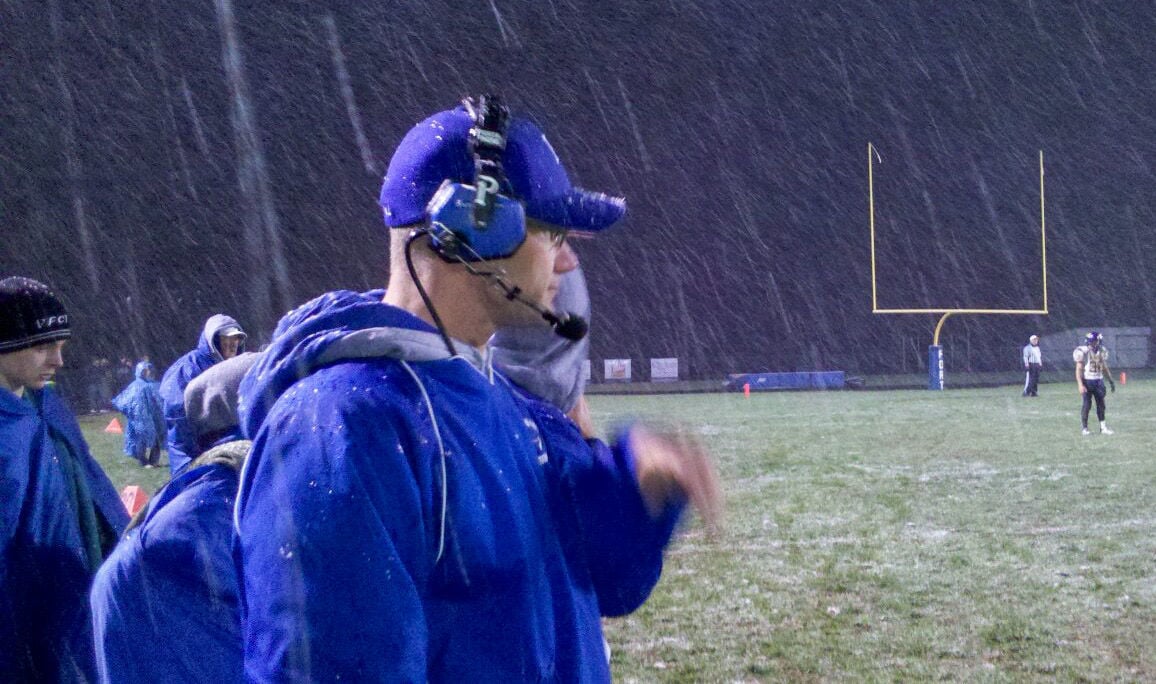 Fort Defiance's Richard Miller watches from the sideline during a game in 2011.

Richard Miller exits a huddle while coaching during a game in 2010.

Fort Defiance's Richard Miller watches from the sideline during a game in 2011.

The Fort Defiance community has a special place in Richard Miller's heart.

As a former Buffalo Gap student who spent time in the U.S. Air Force following high school before eventually graduating from James Madison University in 2003 with a degree in mathematics, Miller said he was simply looking for a chance.

It turned out Fort would provide just that, giving Miller his first professional teaching job from 2003-2012. While there, he also spent time coaching softball and football. Now, he'll return to the Indians as the school's new athletic director, he confirmed to the Daily News-Record earlier this week.

"Fort Defiance was the first place to give me an opportunity when I was ready to teach," Miller said. "The community was wonderful to me and really supportive of their kids."

Miller served as an assistant for the softball team as soon as he arrived at Fort in 2003 and said it was beneficial to him simply learning how to coach. After diving into football later in his stint, he was named the Indians defensive coordinator under coach Dan Rolfe in 2009.

During his first year on the job, Miller faced many challenges. Fort went just 5-25 over the previous three seasons and was in its first year under the leadership of Rolfe. The Indians slowly turned things around, however, winning four games that season, five in 2010 and six in 2011 — a season that ended with a 13-11 playoff loss to R.E. Lee.

"When I had the opportunity to become the defensive coordinator, the kids and parents really bought into what we were doing," Miller said. "We hadn't been as successful the previous years and those kids the first year really set the stage for the rest of my time there. ... They changed because the team saw the coaching investment."

From 2012-2018, Miller taught at Turner Ashby. He helped with softball from 2012-2016, including when the Knights finished as state runner-ups in 2014, and also was an assistant on the football staff. TA athletic director Will Crockett had high praise for Miller and said he hopes his new gig will allow the Knights and Indians to continue a longstanding rivalry in the future.

"Richard Miller is highly organized, hard working and knowledgeable," Crockett said. "I look forward to working with him as a fellow AD. He will do an excellent job leading that department. He has a wide range of experiences from which to draw from that will benefit the entire Fort Defiance school community."

While teaching at Turner Ashby, Miller earned his masters degree in administration and supervision in 2017 from Liberty University. In 2018, he was hired as an assistant principal at Rockbridge County, where he's been the past two years.

"Rockbridge County will truly miss Richard because of the many great things he provided for the school, faculty, staff and students," Wildcats departing athletic director Rick Lollis said. "His commitment and support in helping me with athletics when needed will truly be missed. Fort Defiance will benefit from his great administrative leadership in working with the student-athletes."

Now, as Miller comes back to the place where his professional career started, the community is ready to embrace him. Miller will replace Mark Mace, who slides into an assistant principal role alongside new principal Alan Shull. Longtime principal Larry Landes is retiring at the end of the academic year.

“I am very excited about the addition of Richard Miller to the Fort Defiance admin team," Mace said."He will be a great fit for athletics being a longtime coach and former coach and teacher at Fort Defiance."

Indians girls basketball coach Patrick Hartley said he thinks Miller is the right man for the job because of his familiarity. He said Miller understands some of the facility limitations the Indians face — such as one gym, one baseball field and having to travel for soccer or tennis practices — and thinks Miller can help alleviate potential issues for the future.

"I think that being an AD is a tough and selfless job," Hartley said. "You are constantly giving yourself to the school and student-athletes just as a coach does. With that said, Richard had been a coach at Fort Defiance for a long time so he knows how much time and effort it takes to have a good program and I see him working hard to achieve that for the entire program at Fort Defiance."

Fort baseball coach Damian Fink added: "Coming back to Fort, Mr. Miller is aware of the obstacles that we face as a school with athletics. I’m confident that with his prior knowledge from his coaching days at Fort, that he will be able to come up with creative ways to keep us moving in the right direction. We’re all excited that he’s back."

Miller confirmed that improving the facilities is on his to-do list when he arrives at FDHS. He also said he wants to continue to expand upon what Landes built and help shape Shull's vision for the school. Most importantly, he wants to reconnect with the Fort Defiance community.

"I am ecstatic to hear that Richard got the AD job at Fort," said former Indians athletic trainer Becky Anhold and longtime friend of Miller's. "With his background as a former softball and football coach and recent experience in administration at Rockbridge, I believe he is bringing a wealth of knowledge to the job. His energy, ideas and enthusiasm will be put to good use as athletic departments navigate the uncertain times ahead."

Those uncertain times related to COVID-19 have made things different, Miller said, but he said he looks at it as as opportunity to "take care of some things that need more attention."

Brandon Fulk, the Indians boys basketball coach and a 2007 graduate of FDHS, said that go-to-work mentality is what excited him about Miller. As a former player under Miller and then a fellow football assistant at the start of his career, he said Miller's return has injected life into the Indians athletic department.

"Really look forward to working with Coach Miller," Fulk said. "Both as one his former players and fellow coach, I know he is very detail oriented and brings a never-satisfied approach in pursuit of success. He is an excellent teacher and motivator."

Miller said he's had plenty of influence over the years, including longtime Buffalo Gap athletic director Russell Douglas and Rockbridge's Lollis. He said he's thankful that both gave him an opportunities that set him up for this one.

"I believe the role high school sports and activities plays for students is vital to their development as adults," Miller said. "Whether it be an athletic field or a performance stage, the process to performance or game time teaches kids how to prepare, lead, work with others and overcome adversity. Those are some very important life skills. Activities let you learn in a hands-on manner. I'm excited to be able to help kids discover the strengths and grow into wonderful community members."

As Miller embarks on this new journey, he said he couldn't be more thankful that it's happening at Fort. When he thinks back to the start of his career, it was the FDHS community that gave him a chance. Now, he hopes to return the favor by helping put the Indians athletic department back in the right direction.

"If you want people to be involved," Miller said, "you need to show them how. Folks won't have any problem seeing that with me."