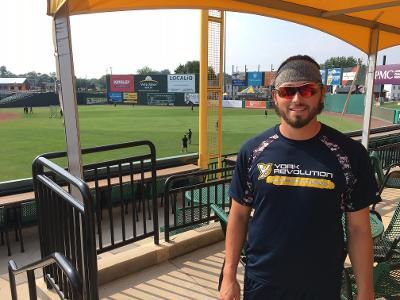 Spotswood graduate Austin Nicely is in the starting rotation for the York Revolution of the Atlantic League. 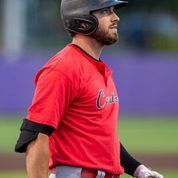 Austin Nicely played for Grottoes last year in the RCBL. He is back in pro ball with the York Revolution, a team he played with at the end of 2019. Nicely was the starting pitcher for York at home Thursday against West Virginia Power, as he allowed two runs in the top of the first then retired the side without damage in the second. 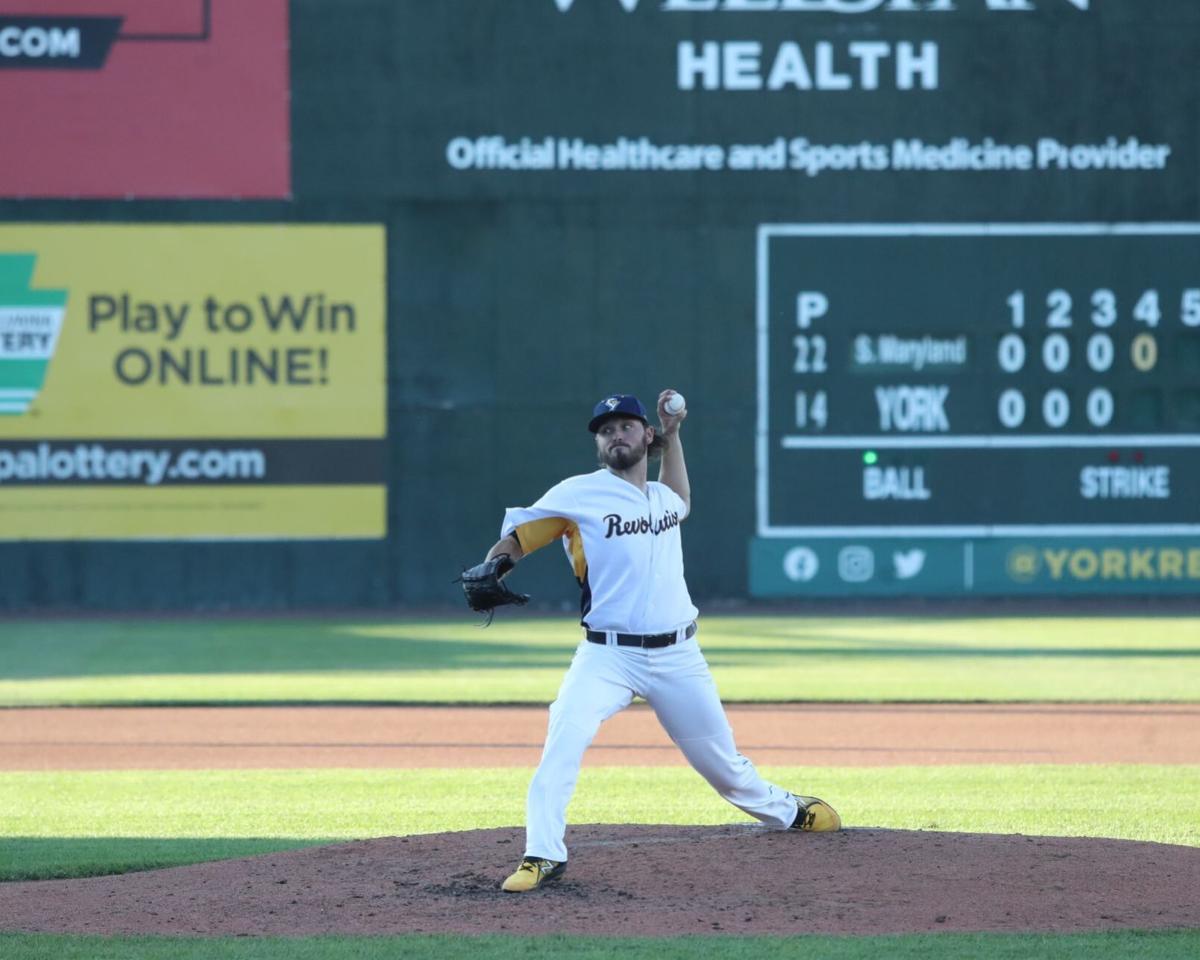 Spotswood graduate Austin Nicely pitches earlier this season for the York (Penn.) Revolution of the Atlantic League. He ranked fifth in the league in innings pitched through Wednesday. He started at home Thursday for York. He started for York on Thursday.

Spotswood graduate Austin Nicely is in the starting rotation for the York Revolution of the Atlantic League.

Austin Nicely played for Grottoes last year in the RCBL. He is back in pro ball with the York Revolution, a team he played with at the end of 2019. Nicely was the starting pitcher for York at home Thursday against West Virginia Power, as he allowed two runs in the top of the first then retired the side without damage in the second.

Spotswood graduate Austin Nicely pitches earlier this season for the York (Penn.) Revolution of the Atlantic League. He ranked fifth in the league in innings pitched through Wednesday. He started at home Thursday for York. He started for York on Thursday.

With his next start on the mound about 26 hours away, Nicely had his "relax day” as his team prepared to face the West Virginia Power in the independent Atlantic League.

After playing baseball last year in the Rockingham County Baseball League for his hometown Grottoes, the lefty is back in pro ball in a career that started at that level when he was drafted out of Spotswood by the Houston Astros in the 10th round in 2013. He reached the Single-A level in 2016, was let go by the Astros after that year then didn't play in 2017 as he recovered from an injury.

“You never take for granted anytime you are able to compete at this level, much less pitch, much less be in the rotation every fifth day,” said Nicely, as West Virginia took batting practice. “That is not something a lot of guys get to do so you really can’t take it for granted. Really the best part is, after last year and not getting to play [in a pro league] it shows even more that you never know how long you will be able to do this so you enjoy it as much as you can while you are doing it, for sure.”

Nicely said some of his teammates with York weren't able to play at any level in 2020 due to the pandemic.

"It was huge; it wasn't a walk in the park every night. And it was a lot of fun," he said of getting to play for Grottoes last year. "Every lineup had at least one hitter that was a legitimate [pro-level] hitter. I have been fortunate to play pro ball for a number of years. Any time you have to take a year off, you have really put yourself behind the eight ball."

"It obviously wasn't anyone's choice to have a year off last year, but being able to still compete in what I think is still a pretty competitive league, especially with the pro and top-level college guys that were in it, it only benefited me. I treated it as a normal pro season for how I went about things. You don't take a lump in your career; you continued with the ultimate goal of trying to get back into affiliated baseball."

“I would say more guys didn’t play than did," Nicely said of the York roster. "Some guys had to play in Sunday men’s leagues just to get something in. It shows how much of a baseball community we have back home” in the central Shenandoah Valley with the RCBL.

Nicely said he had other pro options for this season but decided to return to York, where he finished the 2019 season for the Revolution. He is living with some distant relatives about 20 minutes north near Harrisburg, the state capitol.

Nicely threw seven scoreless innings June 24 as he combined on a shutout in a 2-0 win over the Southern Maryland Blue Crabs, a team that this has featured outfielder and Roanoke College product Will Decker - who played for Elkton in the RCBL last year. He was fifth in the league in innings through Wednesday, seventh in WHIP at 1.39 and eighth at batting average against at .261.

“I feel the goal of any level is to be in control of the game,” Nicely said. “And really you do your homework against the hitters you are going to face then throw your best stuff to the hitter. I think this year for me it has been a good ability to mix in off-speed. The whole point of pitching, I was told a long time ago by Ray Heatwole, who is a legend around town, is that pitching is messing up hitter’s timing.”

The Atlantic League uses TrackMan, an automated system that calls balls and strikes as relayed to an actual human umpire standing back of home plate. There have been some obvious misses by the system, with one involving the nearby Lancaster Barnstormers going viral.

“You can’t get wrapped up in it; it misses some [strikes] right down the middle. It is working out kinks, that is why we are testing it,” Nicely said. “You have to pitch like you have pitched your entire life. Do what you normally do. They may move the mound back in a couple of weeks. But you can’t get too wrapped up in" possible rule changes.

The Revolution plays its home games just off I-83 at Peoples Bank Park at 5 Brooks Robinson Way, named for the Orioles' Hall of Fame third baseman who was a founding partner and has been involved with the organization for many years.

The league stretches from New York to Kentucky to North Carolina and Nicely has had a family member at nearly every one of his first nine starts. His mother, Becky, made a trip to Long Island to see a game and his wife, Nikki (Lam), who works as a labor and delivery nurse in Harrisonburg at the Sentara RMH Medical Center, comes to York when her schedule allows. She was part of two state-title basketball teams at Spotswood as a student.

His father, Tim, the skipper of the Grottoes Cardinals, hopes to see more games once the RCBL season is over. He was among family members who saw Austin pitch earlier this season in a day game in High Point, N.C.

Austin Nicely gives his wife a lot of credit. "She pushes me to follow my dreams in baseball," he said.

The Atlantic League now has ties with Major League Baseball, which trimmed the minor leagues by about 40 cities prior to this year.

The league, for years, has seen many of its players snatched up by Major League organizations to help fill out minor league rosters. That is more than the case this year, as Nicely said nearly 70 players from the Atlantic League have signed on with one of 30 Major League affiliates in 2021.

The York pitching staff includes Edward Paredes, 34, who pitched for the Dodgers in 2017-18, and several others with Triple-A experience. The York manager is Mark Mason, a long-time pitching coach for the team. One of the York pitchers, Alex Sanabia, was picked by the New York Mets earlier this month and assigned to Triple-A Syracuse.

Nicely has been a mainstay for a team that was 21-28 through Wednesday.

"We only got to see one start back in 2019, but there's an opportunity for him to come back in and make an impact for us," Mason told a York radio station about Nicely before the season.

And Nicely has done just that and was slated to start Thursday at home.

And last year with Grottoes helped that process. "The league was really good last year," his father said Thursday night.