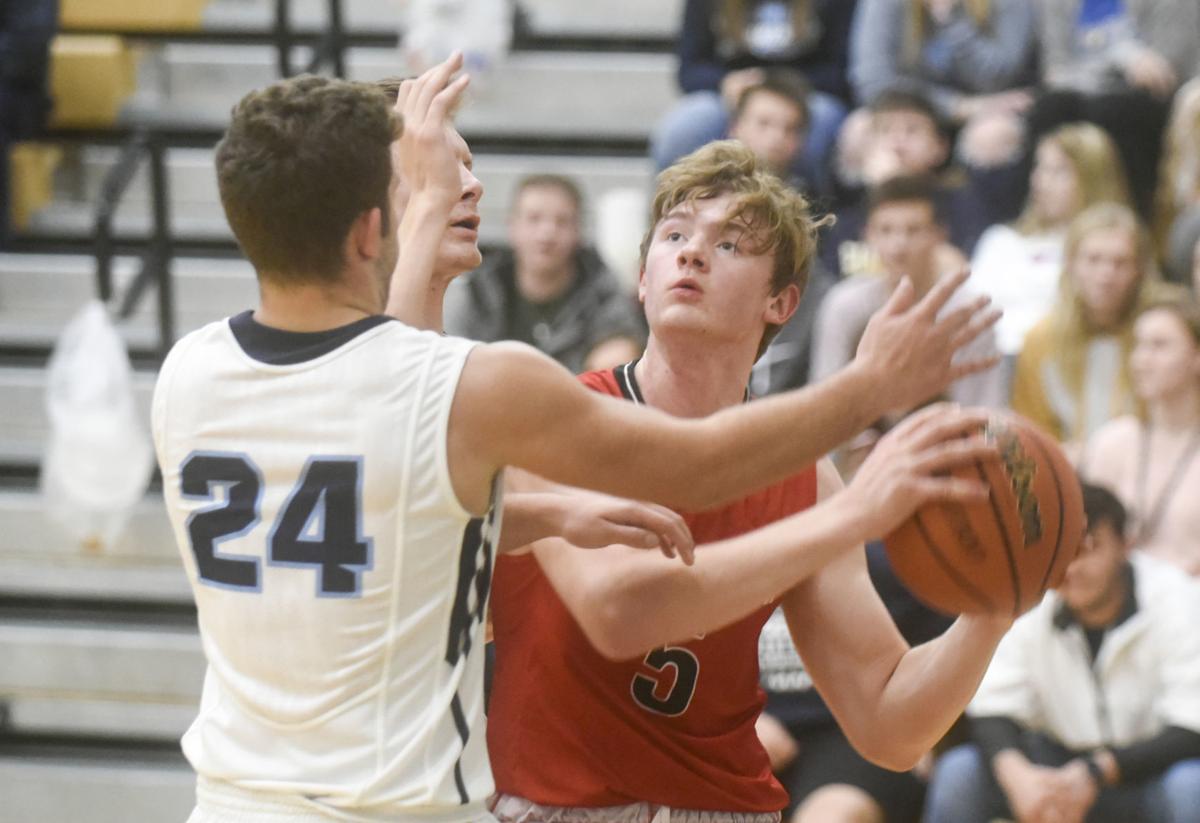 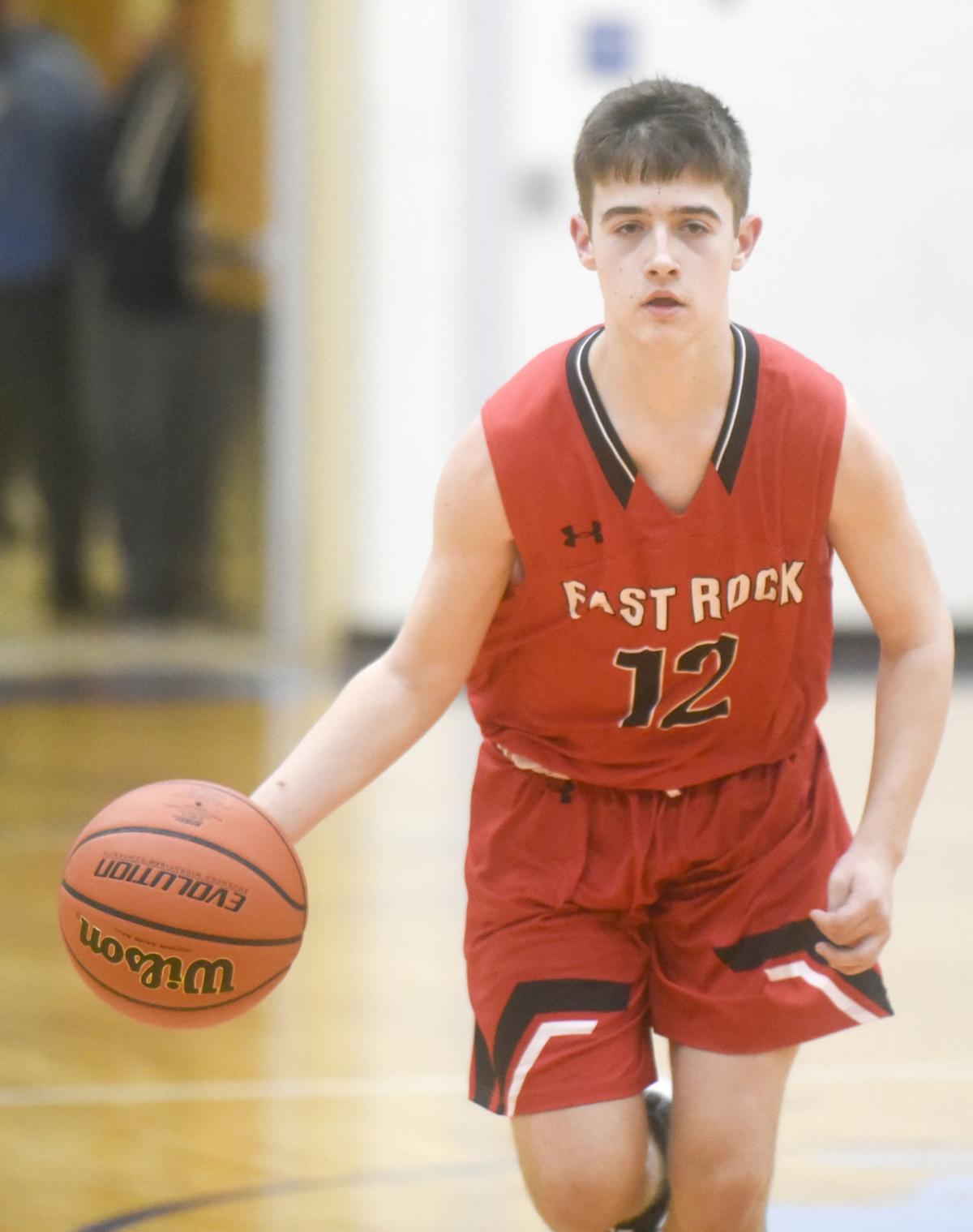 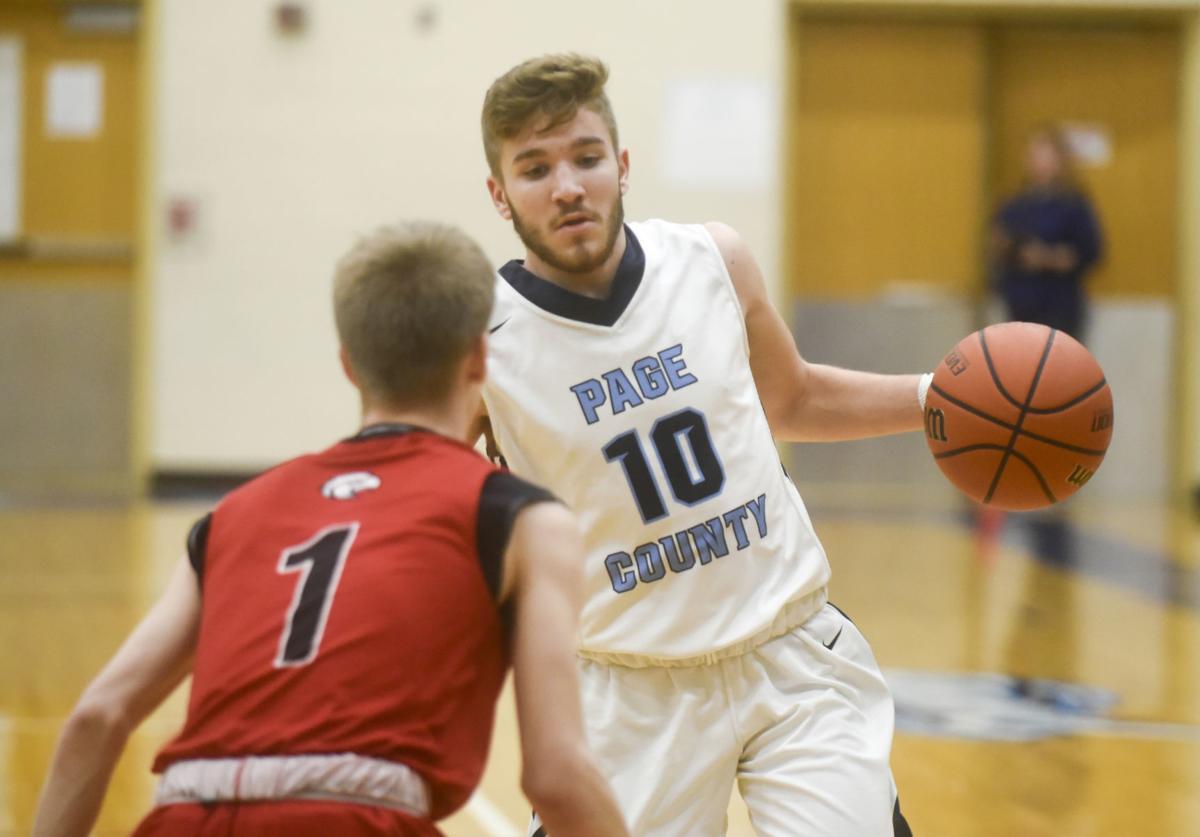 SHENANDOAH — Tyler Nickel said he has immense respect for all the big-time players who have come through the East Rockingham boys basketball program before him.

“It means a lot because when you look at those guys,” the 6-foot-7 sophomore forward said. “I think anyone would agree that those are the best in the history of the school.”

Nickel put himself in the conversation as one of the best to ever suit up for the Eagles on Wednesday as he scored 26 points to surpass the 1,000-point mark for his career in East Rock’s 76-56 win over Page County in Bull Run District action in Shenandoah.

It was a convincing win for the Eagles and gave them sole possession of first place in the district. Both East Rockingham and the Panthers entered Wednesday unbeaten.

“We knew it was a big game coming into it,” said Nickel, who also had six rebounds and six assists. “We knew we were both undefeated and knew whoever won this game would be in the driver’s seat. We came here knowing we had to take care of business.”

The Eagles did just that, jumping out to a 15-point first-quarter lead behind a well-balanced effort that saw all members of their starting five get a bucket.

Page briefly cut back into the deficit behind a 6-0 run, but East Rock responded with three straight buckets from Nickel. That included a 3 from the left wing that put him over the 1,000-point mark, setting off a celebration and putting the Eagles back up 15 at half.

“Our schedule prepared us for district play,” East Rockingham sixth-year coach Carey Keyes said. “I knew this was going to be a tough game. We talked about really sharing the ball tonight and I thought we did a great job with that. We made the extra pass, banged some 3s and just played a really good team game offensively and defensively.”

Leading the way for the Panthers (6-6, 4-1 Bull Run) was Freddy Stidham with 17 points while Trevor Williams, Logan Rangel and Dylan Hensley each had seven apiece.

Also chipping in for Page was Trey Knight III, Chase Combs and Ricky Campbell with six each.

As for the Eagles (11-2, 5-0 Bull Run), one of the most encouraging developments was sophomore guard Cooper Keyes erupting for a career-high 17 points in the victory.

“Ever since the Spotswood game, everyone’s confidence has been really high,” said Cooper Keyes, who also hit a big trey in a win against Spotswood last week. “I feel like after that, it’s a lot more easier to play and shoot and everything comes naturally. It gave me a bunch of confidence. When Kyle and I are hitting shots, no one can help off Tyler and Tyce. I feel like if we can keep hitting shots, we’ll be really good later in the season.”

Carey Keyes agreed, saying that the play of Cooper Keyes and Kyle Evick is pivotal.

Keyes finished with five 3s in the game while Evick and Da’rius Lam each had six points. Tyce McNair had another strong performance with 15 points and six assists.

“We’ve talked about it before,” Carey Keyes said. “Obviously Tyler and Tyce are going to gain a lot of attention for themselves with their game. Cooper and Kyle are really our best shooters besides them. If they’re ready to shoot the ball and are shooting the ball well, it just makes us really tough to guard.

“You have to live and die with that. I thought he did a good job. He was a little tight with his shot over the last few games. I just told him he needs to shoot it in rhythm. I thought he was really in rhythm tonight and made some big shots.”

Those big shots from teammates such as Cooper Keyes are what allows Nickel to be so successful on a nightly basis as opposing defenses aren’t able to focus solely on him.

But after hitting the coveted 1,000-point career mark midway through his sophomore season, Nickel couldn’t help but smile at the thought of joining the company he admires.

“To be in a group with them and make history at our school, I feel like that means a lot,” Nickel said. “It’s the start of building a legacy.”