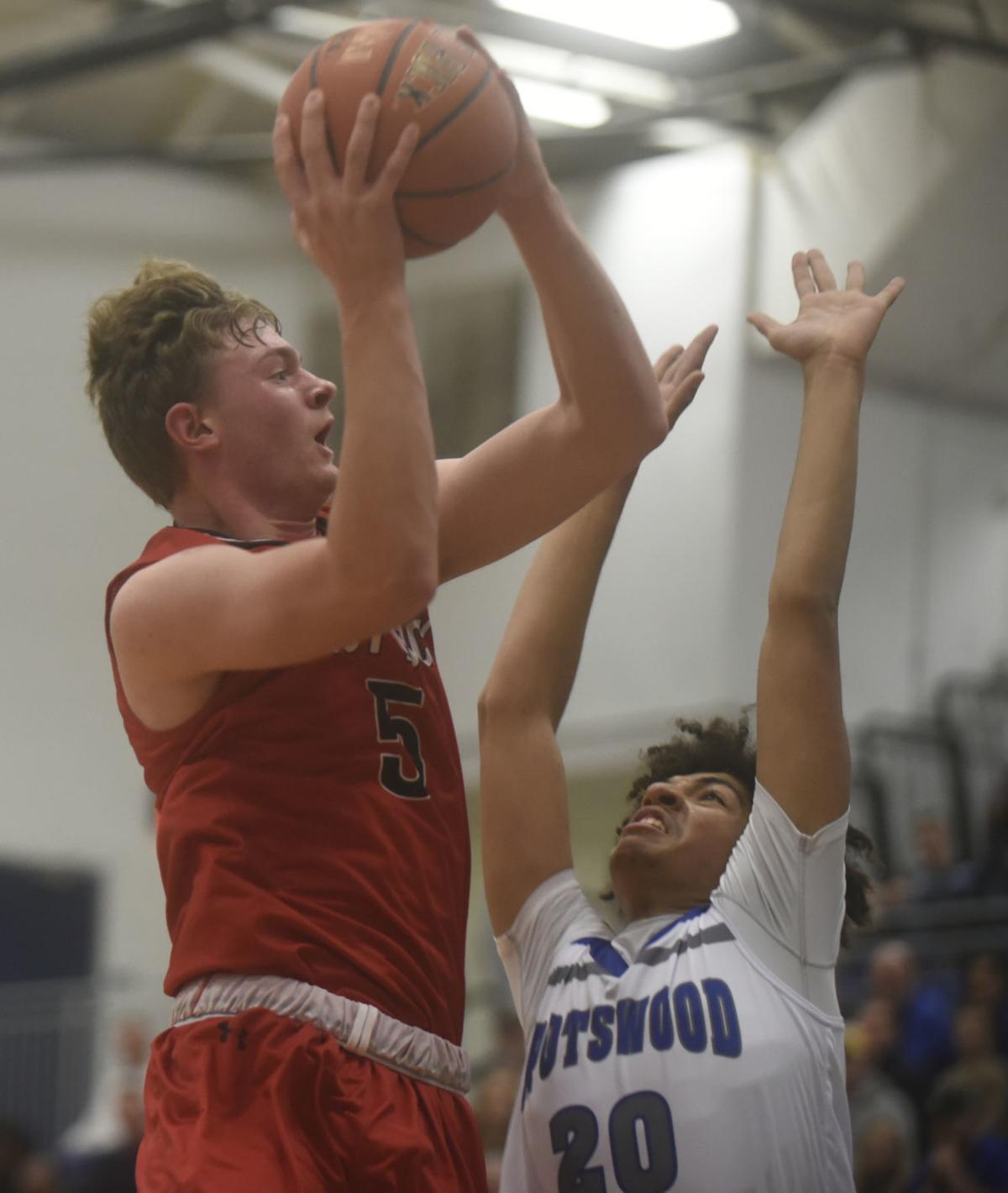 East Rockingham’s Tyler Nickel goes up for a shot against Spotswood’s Traevan Williams. 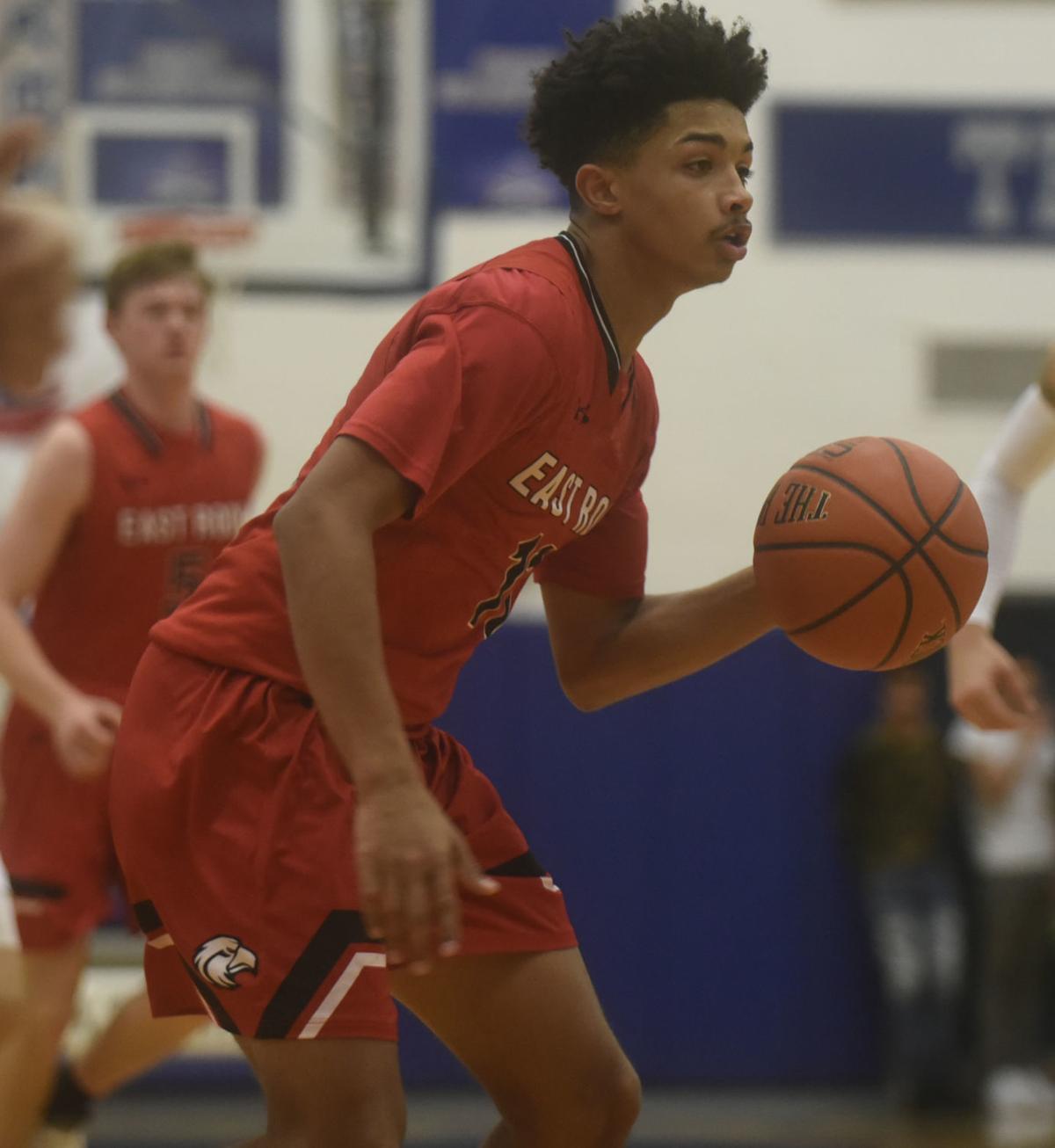 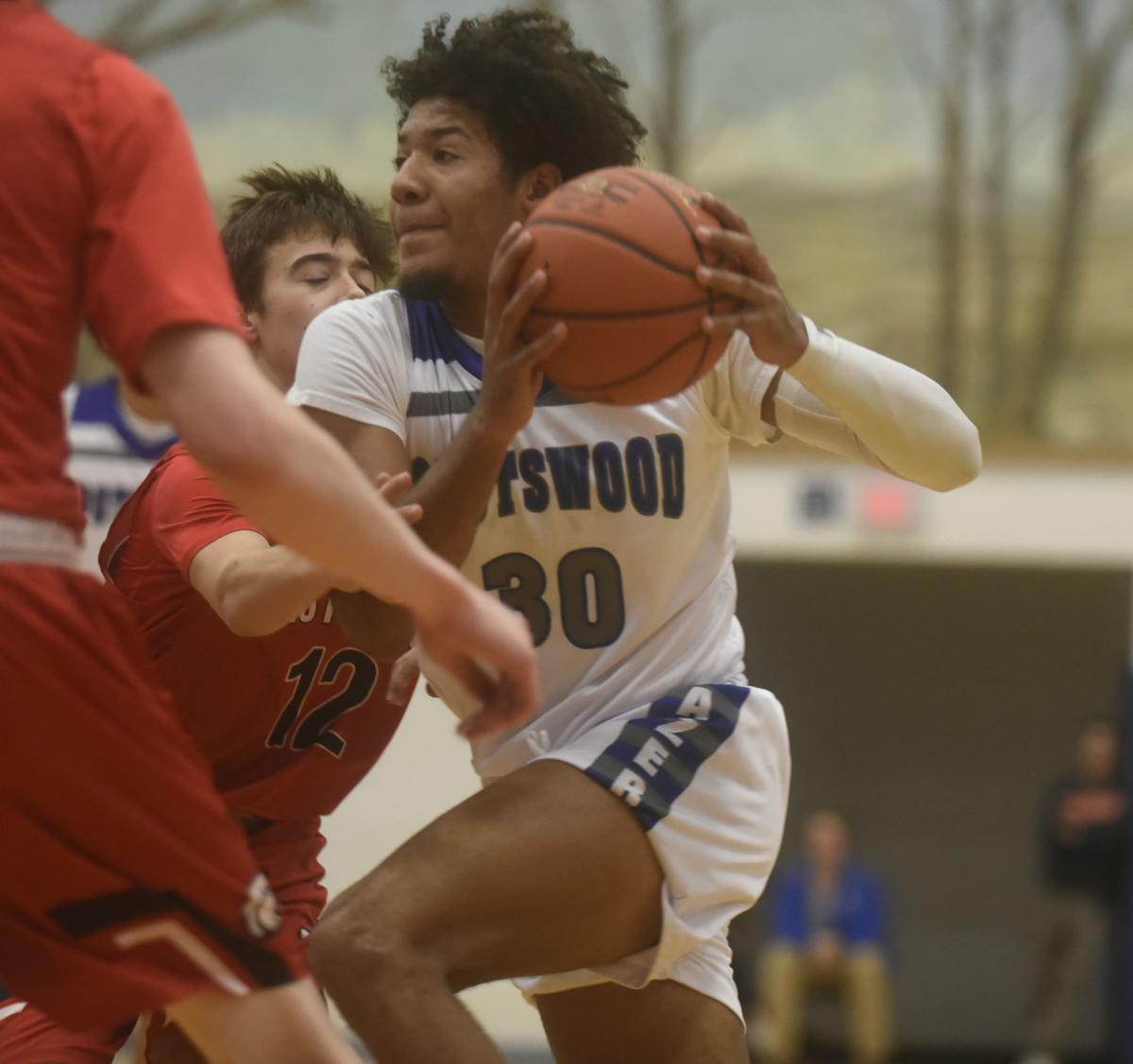 East Rockingham’s Tyler Nickel goes up for a shot against Spotswood’s Traevan Williams.

PENN LAIRD — As a veteran coach and former player in the area, Spotswood boys basketball coach Chad Edwards has faced his fair share of talent through the years.

What he witnessed on Friday, however, is something he said he’s never seen before.

“He was phenomenal,” Edwards said of East Rockingham sophomore forward Tyler Nickel. “I’ve coached against a lot of good players. That’s the single best shooting performance that I’ve ever been apart of as a player or as a coach. He deserves credit.”

The 6-foot-7 standout for the Eagles scored 35 of his career-high 45 points in the first half as East Rock held on for a 68-61 rivalry win over the Trailblazers in Penn Laird.

“It means a lot,” Nickel said. “These are a lot of local guys that we know really well, so this is always a really big and fun game. It’s always good to come out with a win.”

In front of a packed house at Spotswood, Nickel made it clear from the opening tip who the best player in the gym was as he put on a show from behind the 3-point line.

After scoring 14 of East Rock’s 17 points in the opening frame as the Eagles nursed a two-point lead, Nickel caught fire in the second quarter and hushed the SHS crowd.

“It didn’t surprise me,” ERHS point guard Tyce McNair said. “Tonight, he really did go off. I was like, ‘If he’s going to keep doing this, I’m going to keep getting him the ball.’”

Nickel scored 21 points in the second quarter and dropped eight 3s in the first half.

By the time the game reached half, the Eagles held a comfortable 42-28 lead.

“Everything just felt good when it left my hand,” Nickel said. “I have to have confidence in myself and my shot and my skills. Once you’ve got your mind wrapped around that and believe you can do something, it feels like everything is going to go in and it did.”

At 6-foot-7, Nickel is known for his size and a potent quick first step off the dribble. But after showing off his range at times last season, he said he continues to increase it.

“I think it’s really important to be able to shoot on the perimeter, especially at my size,” Nickel said. “It’s just a skill set that sets you apart and makes me more versatile. I work on all three levels, but being able to shoot out there helps me with everything else.”

The Trailblazers made adjustments at the half, however, and it showed in the third.

Spotswood closed the quarter on a 17-4 run as Ryan High had eight points in the stanza and Rob Smith hit a 3 at the buzzer to make it a 53-51 deficit entering the fourth.

“Credit to Spotswood,” Keyes said. “Chad is a tremendous coach with a tremendous program. We knew they were going to come back and they gave us everything there in the second half. I just thought we made some big plays down the stretch to finish it.”

The Trailblazers never got closer than two the rest of the way as Da’rius Lam, Cooper Keyes, Kyle Evick and Xavier Butler all scored in the fourth to seal East Rock’s win.

“All these guys are new,” Keyes said of his role players this season. “In a hostile environment and a packed gym, to make plays down the stretch, I’m just really proud of them. If you’re on the floor, I expect you to play with confidence. They know I have confidence in them. I think that mentality helps as well. They just believe in themselves.”

Nickel and McNair are the only players on this year’s East Rockingham squad that saw significant time during the program’s run to the state championship game a year ago.

With that being said, even on a night where Nickel had a double-double of 45 points and 11 rebounds and McNair filled the stat sheet with eight points, seven rebounds, seven assists and a pair of steals, Keyes said he was happy with how guys stepped up.

“At different times tonight, different guys stepped up and made plays where we needed them,” Keyes said. “You’re not always going to have four or five guys that can fill it up on the court at one time, but we just have to find the right pieces. We found a way to win.”

The Blazers (1-1) didn’t find a way to win despite showing a strong second-half effort.

Edwards said with so few practices before the start of the season and an array of new players in key roles, it’s going to take some time before Spotswood reaches its peak.

“Nothing that happened tonight makes me question how good I think my team can be this year,” Edwards said. “I’ve been around basketball for a long time and you can’t cheat it. It takes time. We need time to build chemistry and adjust to new roles. We’re going to be a quality team. We’re just not where we need to be yet. I really like what we have. Tonight, East Rock was better than us. We’re going to get back in the gym tomorrow and spend time together so we can improve. That’s exactly what we need.”

After earning their first win over the Trailblazers in program history a year ago, the feeling after Friday’s victory had a different feel to it as players walked off the court.

Throughout the game, however, the emotion of a heated rivalry contest showed.

“I always play with a lot of emotion,” Nickel said. “I tend to play with a chip on my shoulder a lot of times. I come out and try to be aggressive. There was a lot more talking and stuff like that today because we know these guys and know what to expect. Tempers flare every now and then, but I think that’s good for the game. It makes it fun.”

Nickel surely had fun as he set the East Rockingham single-game scoring record.

And although Edwards was on the receiving end of the historic night, he said he couldn’t help but continue to heap praise on the gifted Eagles standout following the game.

“I told our guys that he has earned the accolades that he gets with hours and hours and hours of gym time,” Edwards said. “It’s important he gets credit for that. The work he puts in the gym showed tonight. He was just phenomenal all the way around.”