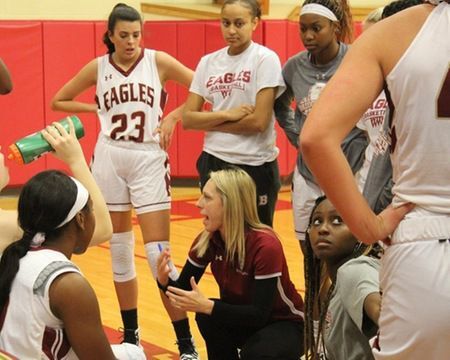 Sarah Mathews is 45-37 in four seasons at Bridgewater. 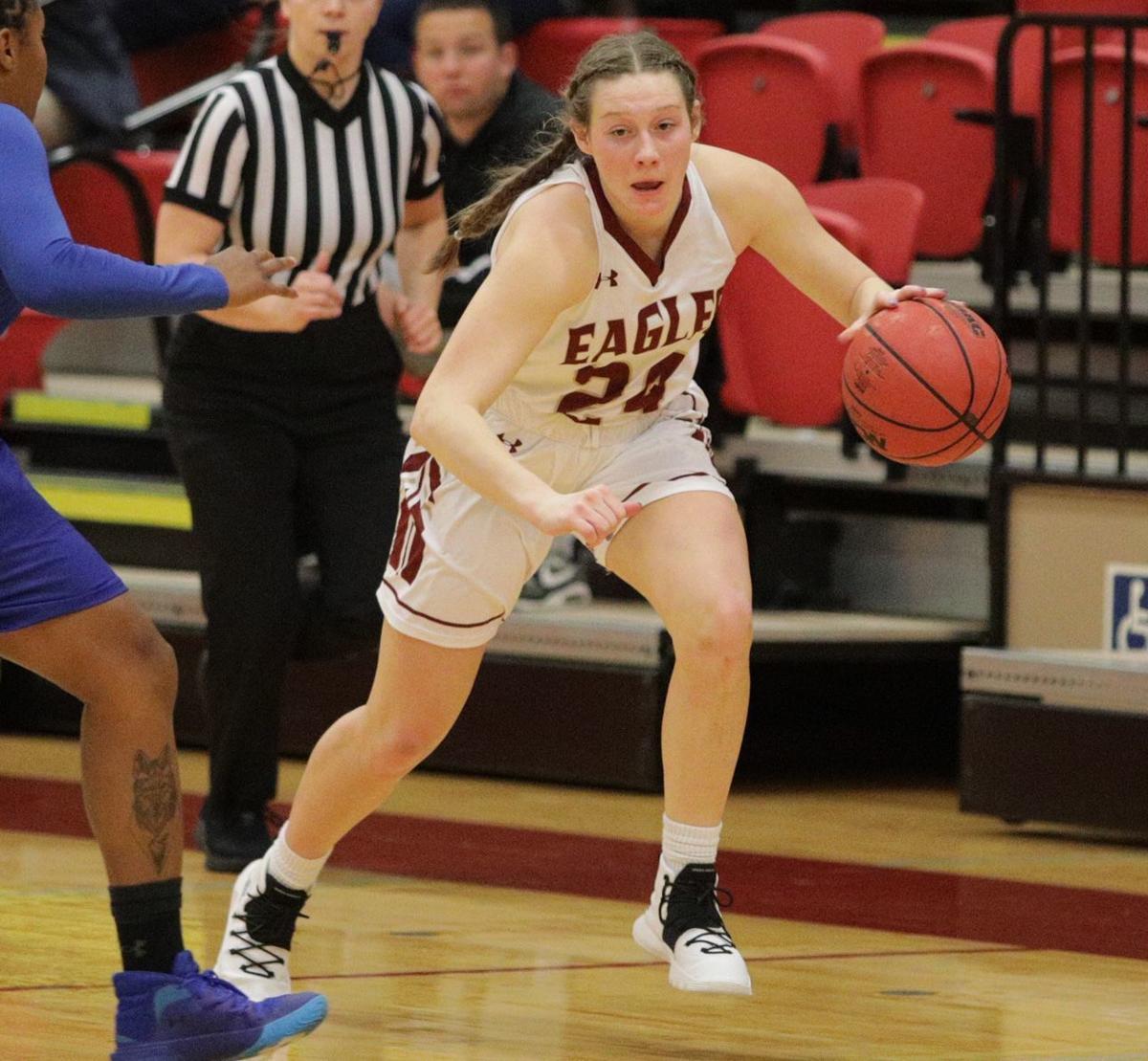 Sarah Mathews is 45-37 in four seasons at Bridgewater.

There was no trace of bitterness in the voice of Sarah Mathews, who could be forgiven if there were.

Almost two months to the day that her season ended in cruel fashion, the women's basketball coach at Division III Bridgewater College has tried to remain upbeat for a program with a rich tradition.

"So many people were affected by COVID. We have really mature players and athletes," Mathews told me in a phone interview Thursday. "They are mature women."

That maturity was tested on March 5 when the Eagles learned that, due to positive COVID-19 tests within the program, BC would not be allowed to take part in the Old Dominion Athletic Conference tournament.

Bridgewater was 4-0 in the ODAC and had earned the No. 1 seed for the ODAC tournament for the first time in more than two decades. The Eagles were slated to play in the first round on March 6 against No. 8 seed Ferrum - but the game never happened. Since BC had positive tests within its program, they were not allowed to take part in the ODAC event.

How did Mathews deal with such a tough situation?

"I was lucky: I have great administrators and they were on the call with me as well" as the program learned its fate, Mathews noted. "We have a very mature group; they took it well, especially our seniors. They had such great careers. They realized everybody this year was struggling. I think our team appreciates we were just able to play four games. There were so many D3 [schools] that didn't play at all this year. They were proud of being 4-0 and being the No. 1 seed."

Every level of college dealt with the pandemic last season - and Mathews has coached at nearly all of them.

Mathews spent a year as the director of basketball operations at Division I Elon - like James Madison, a member of the Colonial Athletic Association.

She has heard about what the VCU men's basketball program had to endure - not being able to play in March Madness due to positive COVID-19 cases in the program.

"We felt their pain," Mathews said. "We have all been there. It is a pandemic. You never know what to expect. We told our players to just appreciate today, whether it is a practice or a film session. Appreciate what you have together today because you don't know if you will have it tomorrow."

VCU coach Mike Rhoades, a former mentor at Randolph-Macon in the ODAC, talked last month to noted hoop writer John Feinstein of The Washington Post about what happened with the Rams in Indiana as they got the bad news just hours before tipoff.

“It’s been a month now, and when I talk about it, I feel bummed out all over again,” Rhoades told the paper in April. “I mean, 68 teams make the tournament, and one — one — doesn’t get to play because of covid. I don’t like to say, ‘Why us?’ But there are times when I just sit back and say, ‘Why us?’ ”

Mathews didn't say 'Why us?' in our conversation Thursday, though she could have. "So many people were affected by COVID - nothing new here," she said. "They understand it. It is certainly not the end of the world. There are bigger problems out there."

So life moves on for Mathews - she is 45-37 in four years at BC - and for her program that last played a game on Feb. 9 with a convincing win at home over Virginia Wesleyan.

Her two seniors, Madison Baum and Ahlia Moone, graduated last week and are set to enter the medical profession. Baum plans to be a physician's assistant while Moone hopes to be a doctor.

"They are moving on in their careers. They decided not to come back," said Mathews, noting that would have been allowed by the NCAA due to the pandemic.

For now, at least eight freshmen plan to enter the program in the fall. That includes guard India Dailey, from Highland Springs in the Richmond area.

Returning players include guard and rising junior Mary Ruth Shifflett, from Grottoes and Spotswood High. "Our theme is strength in numbers. We try to play 12 [players] a game," Mathews said. "Our goal is to wear down the opponent. It is crucial we have a bigger roster."

Off the court, Mathews and her husband, Bryan, who just finished his first season as a men's assistant at Bridgewater, have a son who is nine months old. Bryan was the boys' varsity basketball coach at Turner Ashby before making the move to BC.

Mathews has relied on former BC Coach Jean Willi, a former Turner Ashby standout who guided the Eagles for 21 years. The two had lunch Thursday in Bridgewater.

"She has been a huge mentor for me since I have been here," said Mathews, who is from upstate New York. "I certainly ask her for her advice. She understands Bridgewater and the ODAC as well."

"It gives everybody a chance to play a few minutes," Willi said of the style of play with Mathews. "It is fast paced and spectators enjoy watching the speed of the game."

If all goes well, a regular pre-season practice will begin October 15.

"I have faith that it will be as normal as possible," Mathews said. "I keep my eye on the NCAA website and the updates they give. Our athletic director, Curt Kendall, gives us insight into what Bridgewater is thinking. I don't think anybody knows for sure what the fall will hold. But at Bridgewater, we are staying positive. We are really positive about next year."

After the disappointment of two months ago, that is a pretty impressive attitude to have.