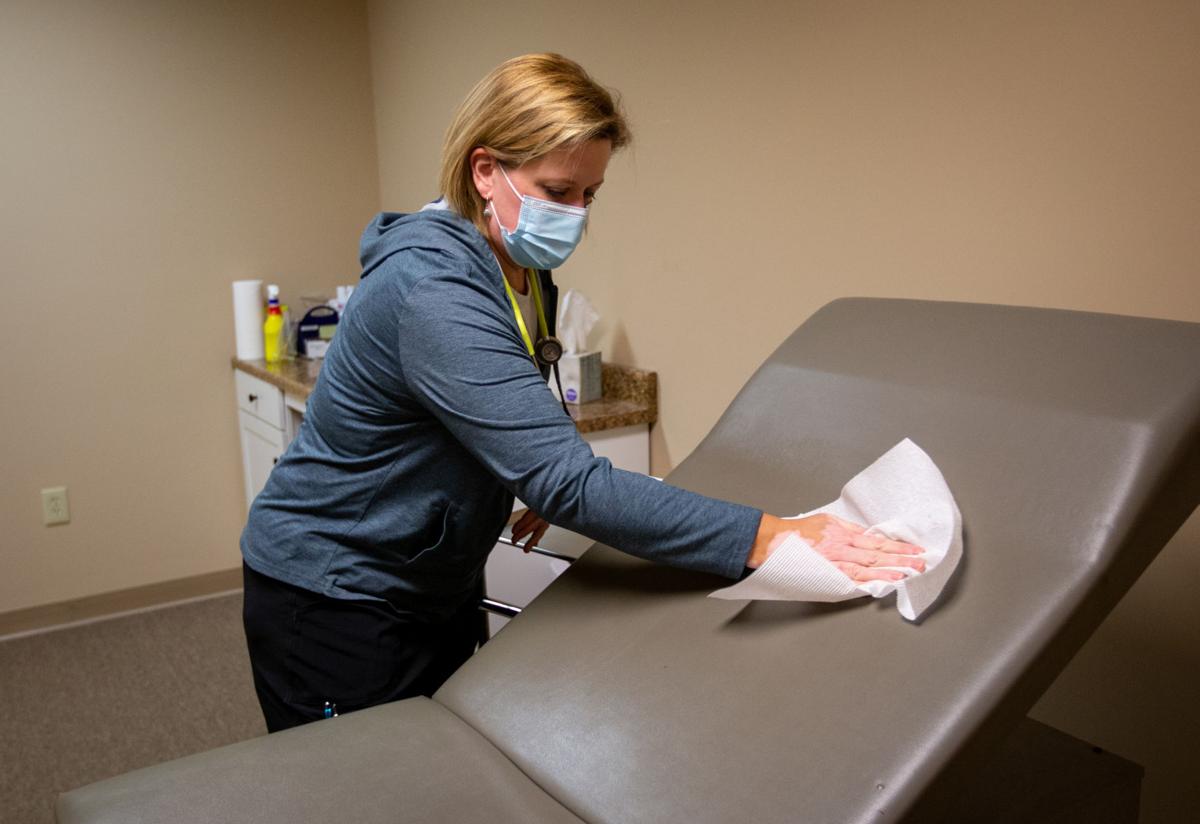 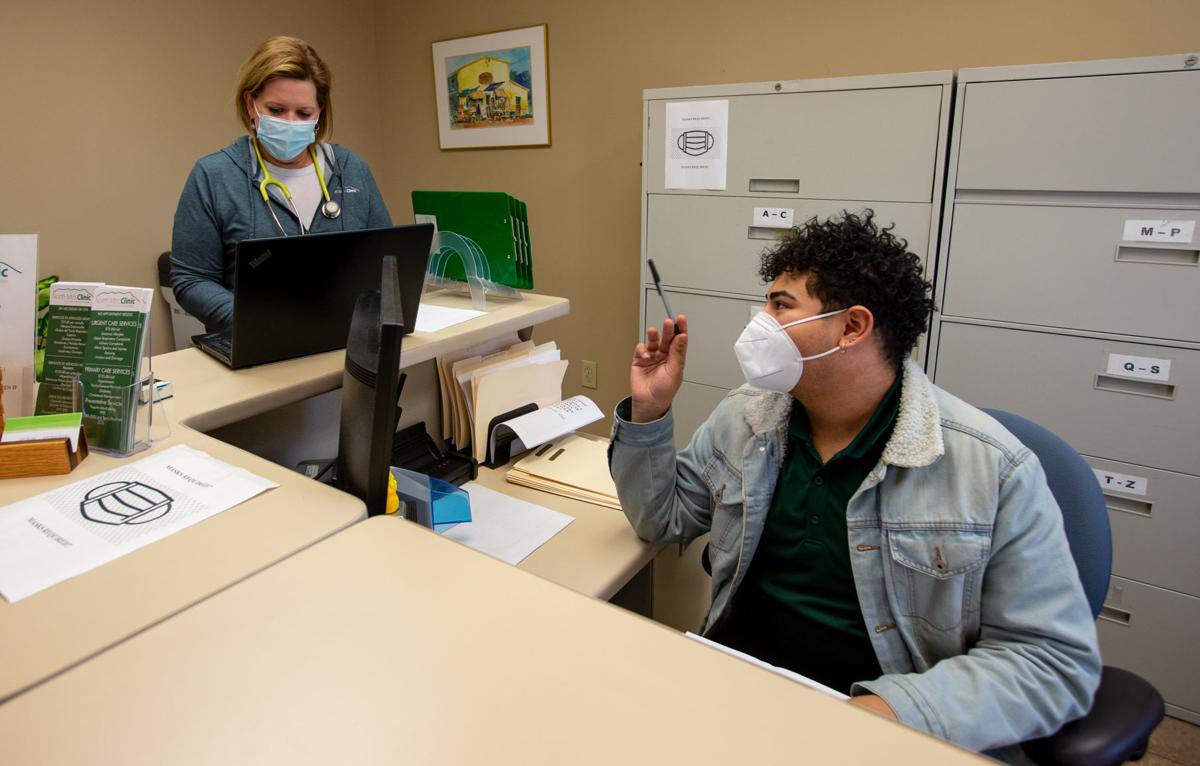 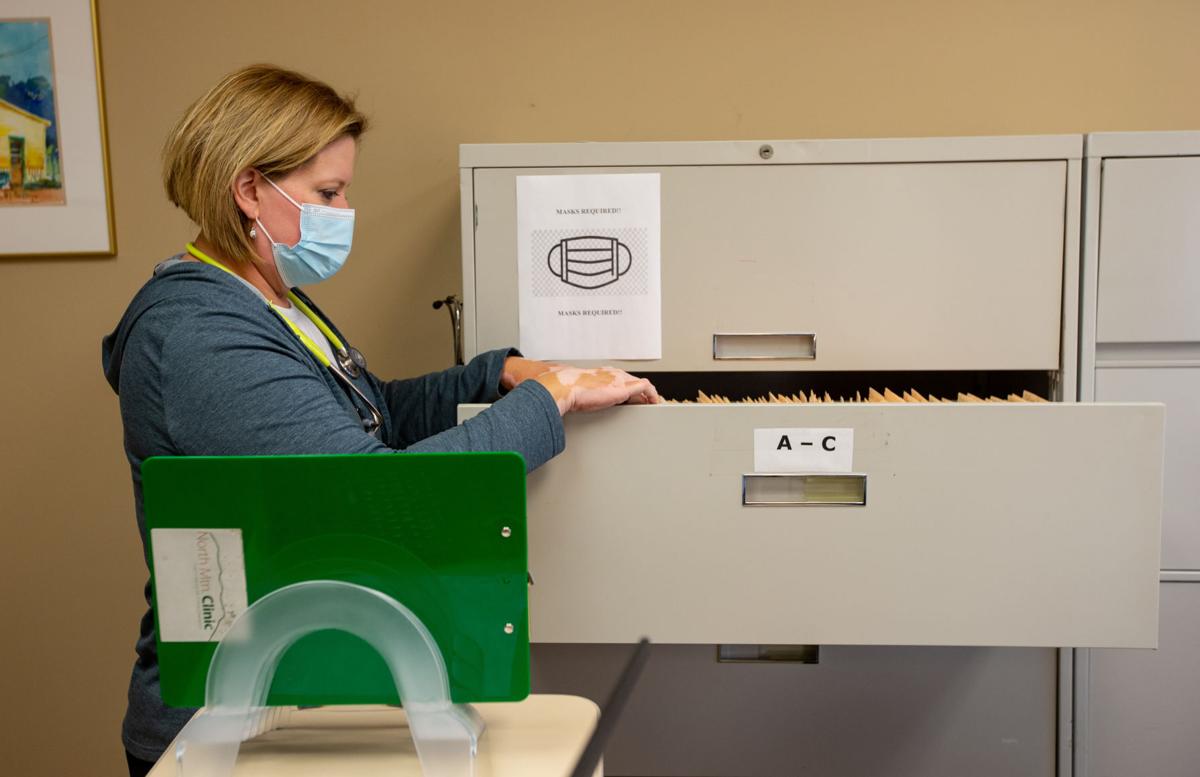 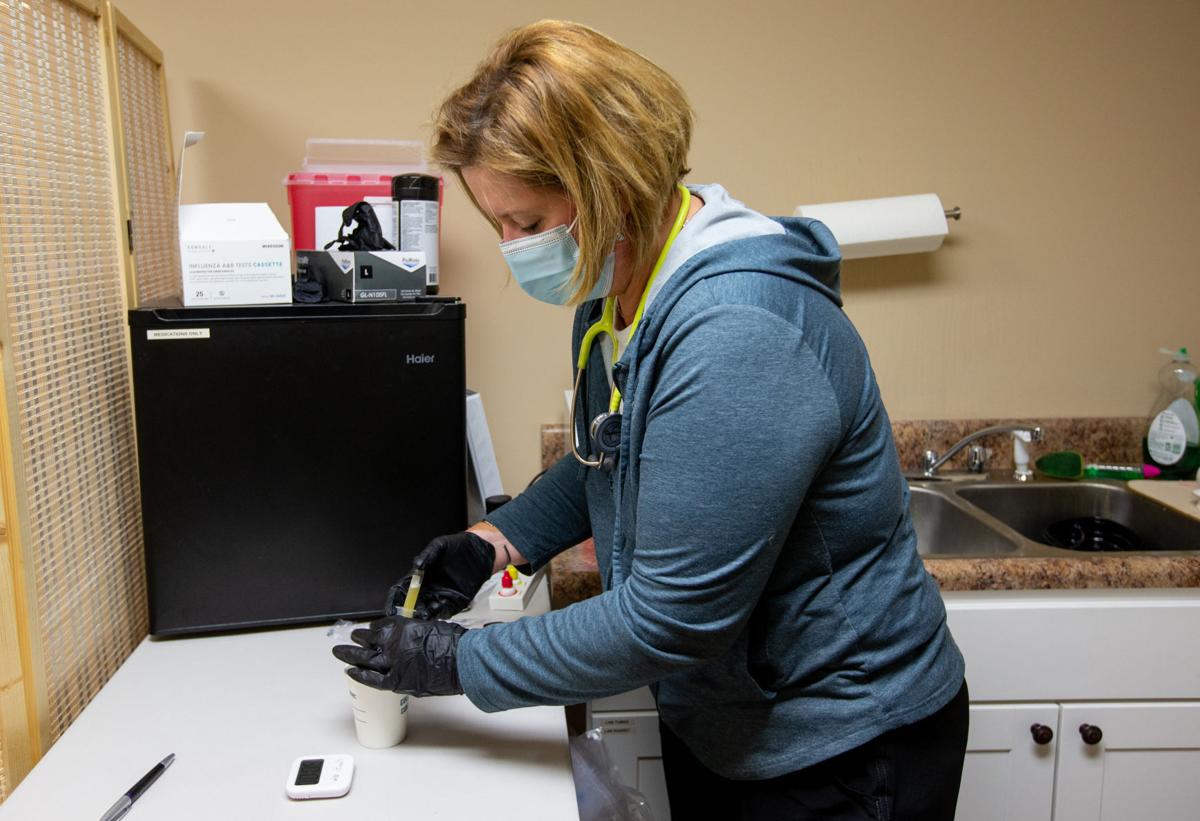 BROADWAY — Barry Armstrong was looking for a place to get a physical for his CDL.

The bustling facility, part of a building complex at 111 Timber Way, does not participate with insurance — instead, it offers services at a flat rate. The clinic accepts cash, check or credit card, and payment is required at the time of service.

“We wanted to have the ability to offer affordable health care,” said Allison Chupp, a family nurse practitioner and co-owner of North Mountain Clinic.

A family nurse practitioner since 2012 and working in both family practice and urgent care, Chupp said she wanted to do health care “differently.” When working at walk-in clinics, she noticed some patients needing care that didn’t have a primary care provider or insurance, and she also acknowledged that there are not a lot of health-care options for county residents outside of Harrisonburg.

But for Chupp, the “old-fashioned” type of health care was the right move.

And being local, Chupp gets the ability to really know her patients. In Armstrong’s case, the local effect can snowball — when one person has a good experience, they are quick to tell their friends.

One of those people is Donna Fulk of Broadway. She said her experiences at the clinic have been "quick and thorough."

"She went above and beyond the first day I met her," Fulk said.

Chupp estimated she sees an average of 25-40 patients per day, and they are mostly walk-ins. She’s the only nurse at the facility — her mom, Diana Berkshire, works “behind the scenes” doing billing and balancing, and Chupp hired Samuel Soste-Taffur to work at the front desk, and also as an interpreter.

Soste-Taffur, who is certified in Spanish medical interpretation, said the most rewarding thing about his job is being able to help the Hispanic community. Chupp said there’s a large Spanish speaking community through the agricultural jobs in the Broadway area, and she sees many Spanish-speaking patients.

“At some point, I was in their shoes,” Soste-Taffur said. “I was the one who was needing the interpreting, and I was the one struggling to communicate with others just because I don’t speak the language. So being able to do that with the Hispanic community around here is rewarding just because we often don’t get as much representation around here.”

Previously, Chupp used a language line to communicate with non-English speakers. Since Soste-Taffur started in October 2021, Chupp has heard a lot of good feedback with his role.

He began his job during the COVID-19 pandemic, which has made the clinic busier.

“It’s made health care different in how we operate,” Chupp said.

But the clinic is doing its best to take precautions, such as social distancing and extra cleaning to keep everyone safe.