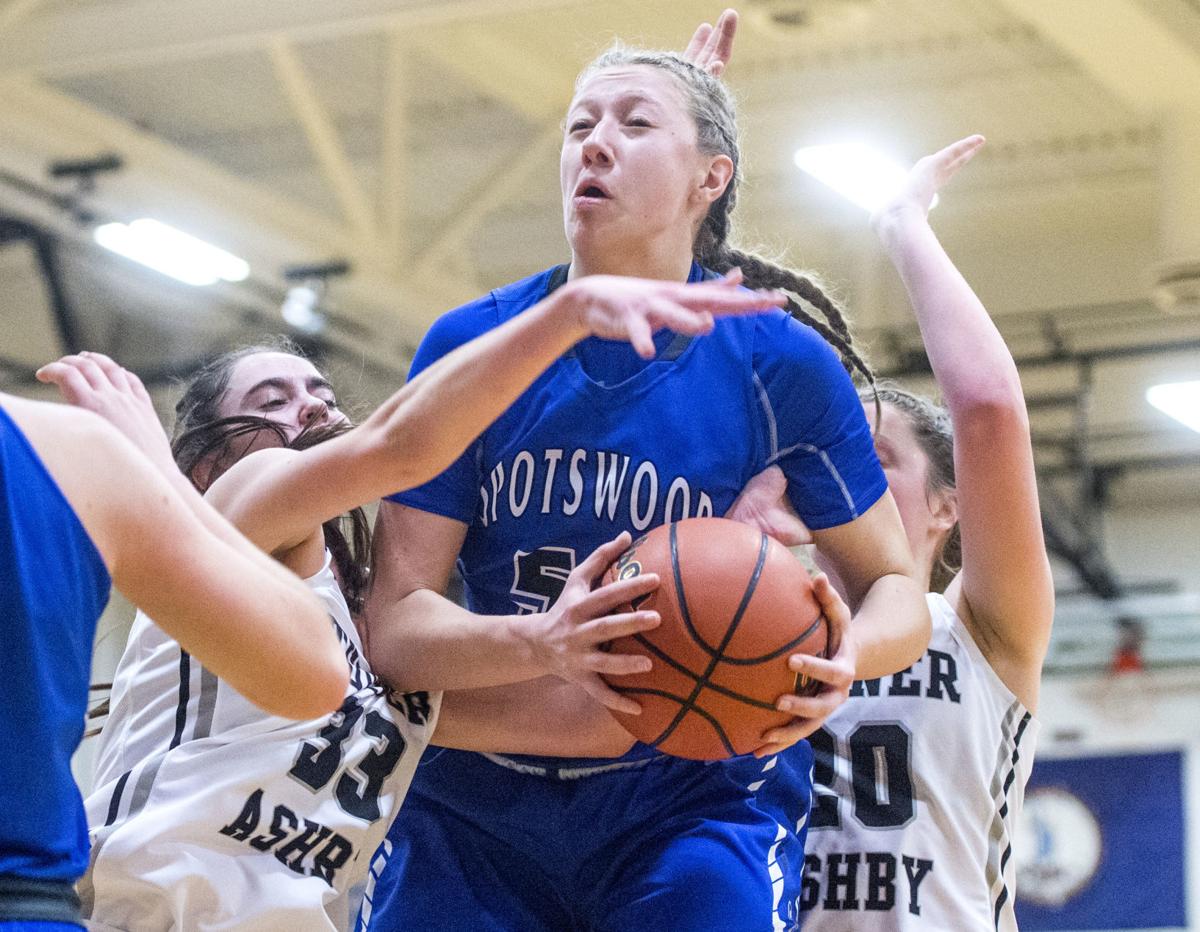 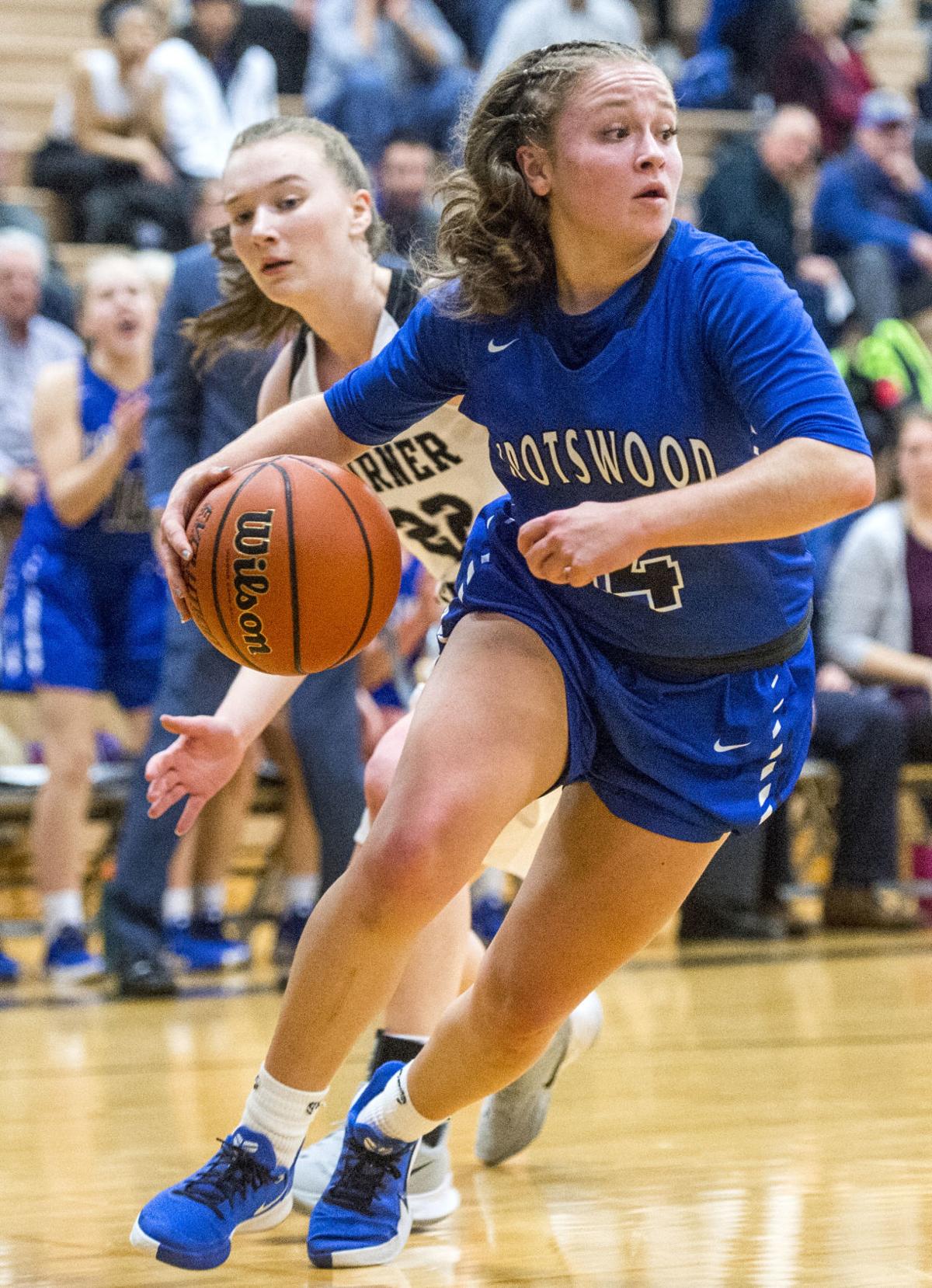 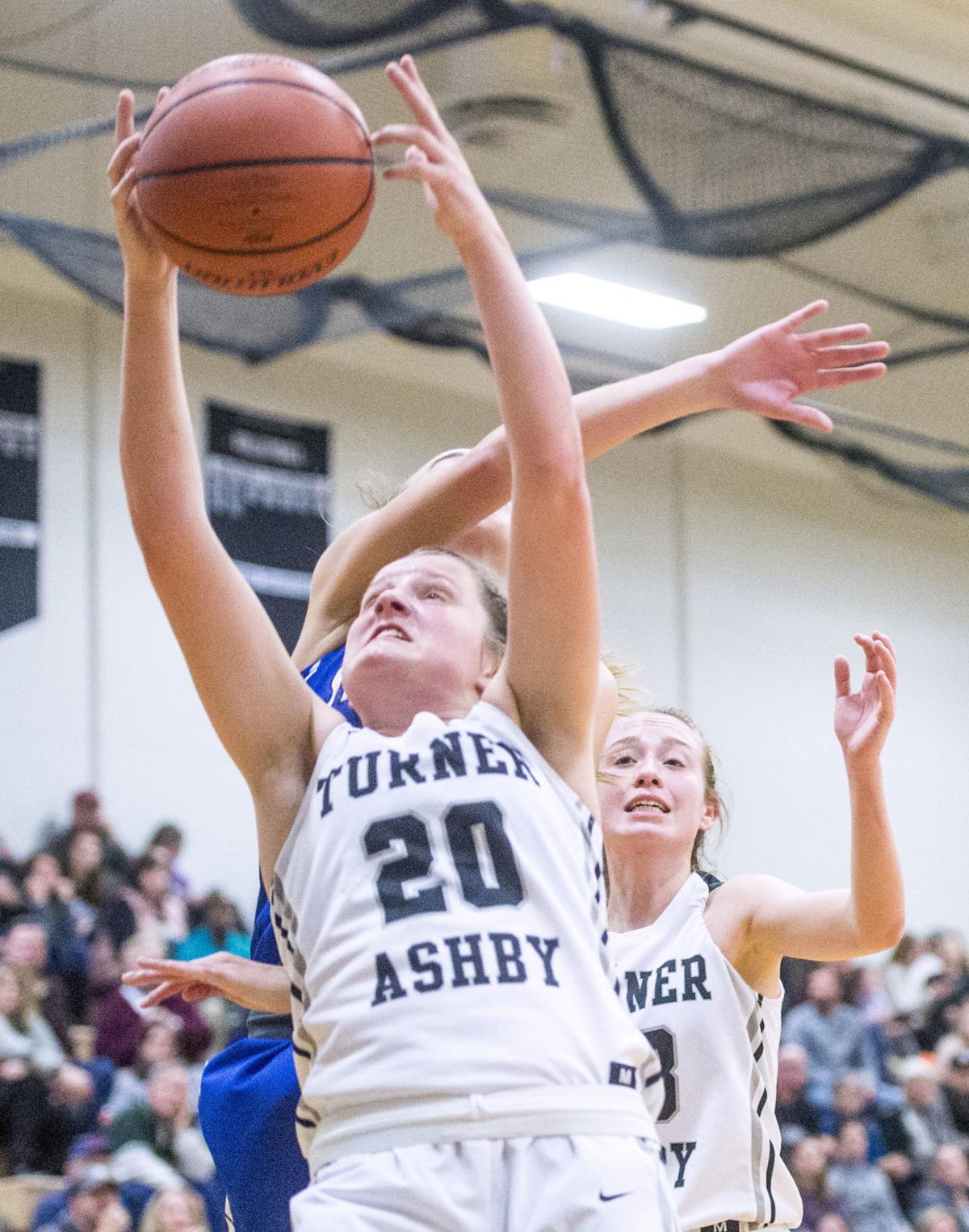 BRIDGEWATER — Stephanie Ouderkirk slowly turned around with a sheepish grin, staring at the Spotswood bench as they emptied onto the floor with congratulatory hugs.

“I was a little nervous,” Ouderkirk said. “I had no idea what was going on.”

The Trailblazers forward scored on a bucket down low early in the first quarter and led the way throughout as Spotswood led from start to finish in a 49-34 win over Valley District rival Turner Ashby in a big girls basketball showdown in Bridgewater on Friday.

Ouderkirk, who is a James Madison signee and the defending Class 3 Player of the Year, is the 10th player in program history to reach the 1,000-point career mark.

“It means a lot to be up there with a lot of respected players that have come through the program,” said Ouderkirk, who added 15 rebounds and five assists. “I owe it all to my teammates. It’s really special to share it with those guys. It’s a really cool experience.”

The game brought back old memories for Trailblazers coach Chris Dodson and Knights coach Rob Lovell — two of the most successful coaches in the state of Virginia.

The two programs have combined for eight state titles with Dodson and Lovell leading the charge. With TA coming into Friday unbeaten, the atmosphere was electric.

“We really played this game up,” Dodson said. “I really wanted them to feel like this was giant. We played this up because I wanted to see how they reacted in that moment.”

The Trailblazers led 21-7 in the second quarter when Turner Ashby suddenly flipped a switch.

“All teams go on runs and they went on a run there,” said Spotswood point guard MacKenzie Freeze, who finished with four points and five assists. “They hit some shots. They’re a good program and them hitting shots allowed them to get back into the game a little bit. I don’t think we really let up defensively. There were maybe some decisions here and there, but they just hit some shots and we had a streak of missing shots.”

The Knights closed the second quarter on an 11-2 run that included a pair of 3s from Becca Shiflet and cut the Spotswood lead to five as the teams entered the half.

“I was real proud of our kids,” Lovell said. “At that point, they jumped on us early and we didn’t wilt from that. We battled back and got it within a couple of possessions at the half. It was one of those games where they sort of slowly extended the lead. They’re a good ball club. Ouderkirk is a tough matchup for anybody and she certainly was for us.”

That matchup problem for Turner Ashby was certainly exposed in the second half.

Ouderkirk scored 13 points in the third and fourth quarter and helped set up easy buckets for her teammates as the Trailblazers outscored the Knights by 10 in the third.

“Everybody today was a little on edge because of all the hype going into this game,” Ouderkirk said. “Knowing that I had to do some more things and get rebounds and take control of that aspect of the game, my teammates did a great job of getting me the ball.”

Alyssa Swartley, who is five inches shorter than 6-foot-1 Ouderkirk, was dealt with the challenge of defending the JMU signee for most of the night and did an admirable job.

She said the young Knights certainly could take some lessons away from the loss.

“It’s tough, but we have to just play good team defense,” said Swartley, who finished with four points and a team-high six rebounds. “I feel like we definitely could have done better with helping one another out and dropping down, but we can work on it.”

Another key besides Ouderkirk’s ability to score was her domination on the boards.

“Through the first 11 games, we’ve actually done a super job of that,” Lovell said. “But, you know, Spotswood has a number of players with length and really good athletic ability. There were some times we missed some blockouts and things like that.”

Addie Riner led the Knights with 10 points while Shiflet finished with nine.

Turner Ashby (11-1, 0-1 Valley) has been the biggest surprise story of the season so far.

That’s why the Knights hosted one of the larger crowds they’ve had for a girls basketball game in a few years on Friday — and why the Trailblazers played with a bit of an edge.

“It was fun,” Freeze said. “It’s been a while for girls basketball to have a good district game. It was exciting to have a team that could keep up with us. They’re a really good program and they’ve worked really hard this year. They’re all fundamental. They have five good guards. It was exciting for us. We look forward to those games.”

Dodson said the game provided a chance for newcomers to play on the big stage.

“We started the year off and said, ‘Raise your hand if you’re a state champion,’” Dodson said. “I told them, ‘You were. That’s cool. Not now.’ It’s a whole new year, whole new thing. We’re still carving out those new roles for girls. We’re all still getting there.”

As players such as Madisyn Forloines, Abby Branner, Zoey Khalil and others emerge into their roles, the players said the team is having to build chemistry on the fly.

“Even losing just two players, we have to be a whole different team,” said Spotswood guard Lexi Bennington-Horton, who had eight points. “Both of those girls were key players. It’s still early on in the season and we just have to get used to playing with each other and knowing our roles. I feel like once we do that, we’re going to be really good.”

Forloines also had eight points for the Trailblazers (8-2, 1-0 Valley) in the victory.

Although Ouderkirk may have been clueless when it came to the accomplishment that was at stake on Friday, she was well aware of how big the game was for both teams.

And as she walked out of the Turner Ashby gym on Friday, she said that is what made her smile the most.

“We definitely wanted to make a statement,” Ouderkirk said. “There’s no doubt about that. A lot of people said a lot of things, a lot of stuff has been flying around about how great TA was. We knew it was going to be a tough one coming into their house. It was one of the best games for us. They’re a really good program. We’re happy to get the dub.”