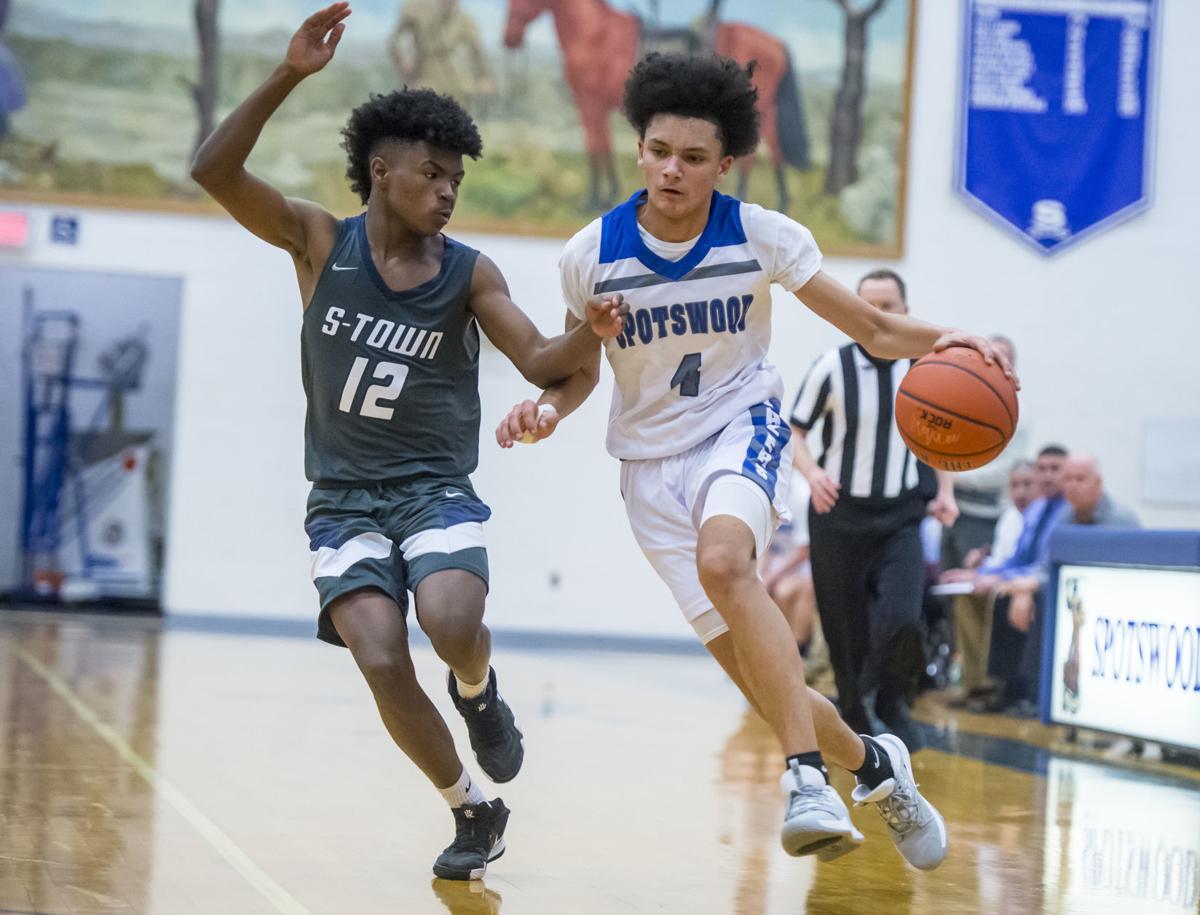 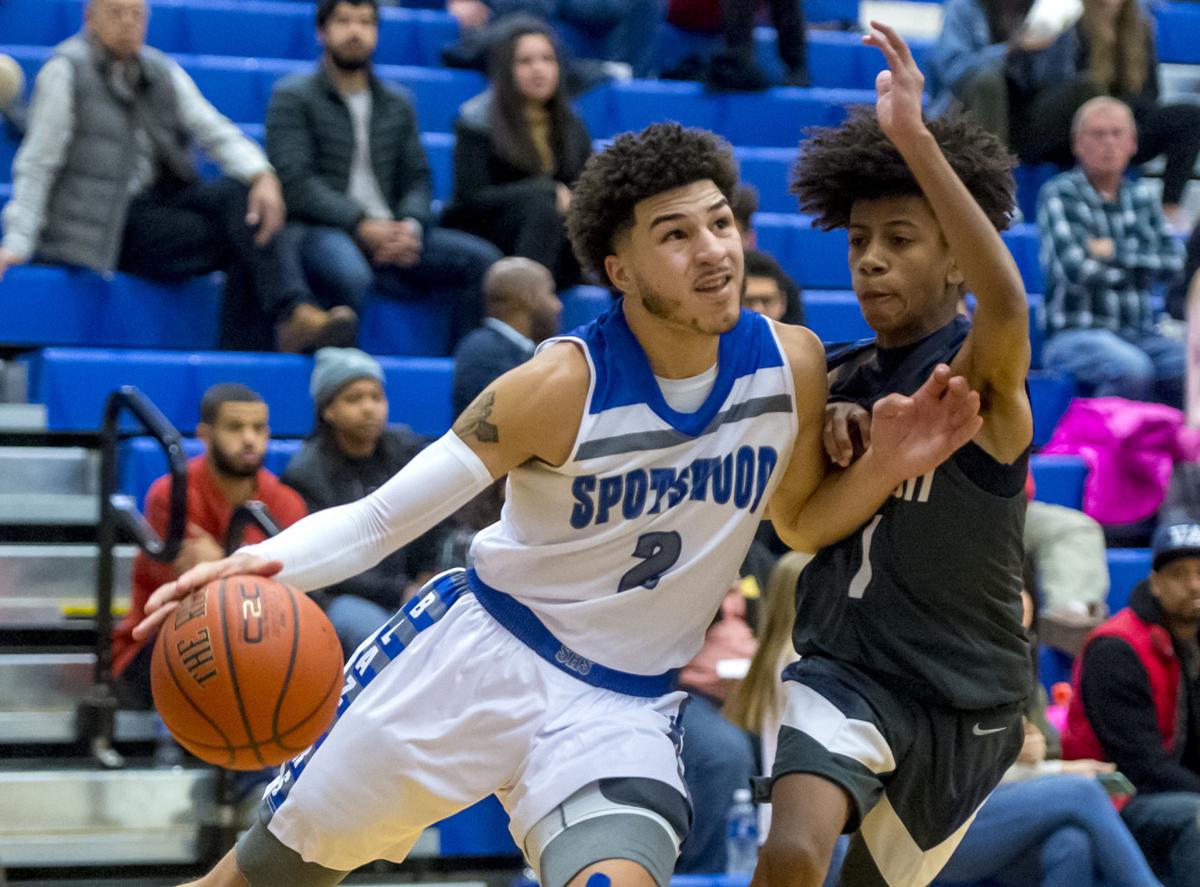 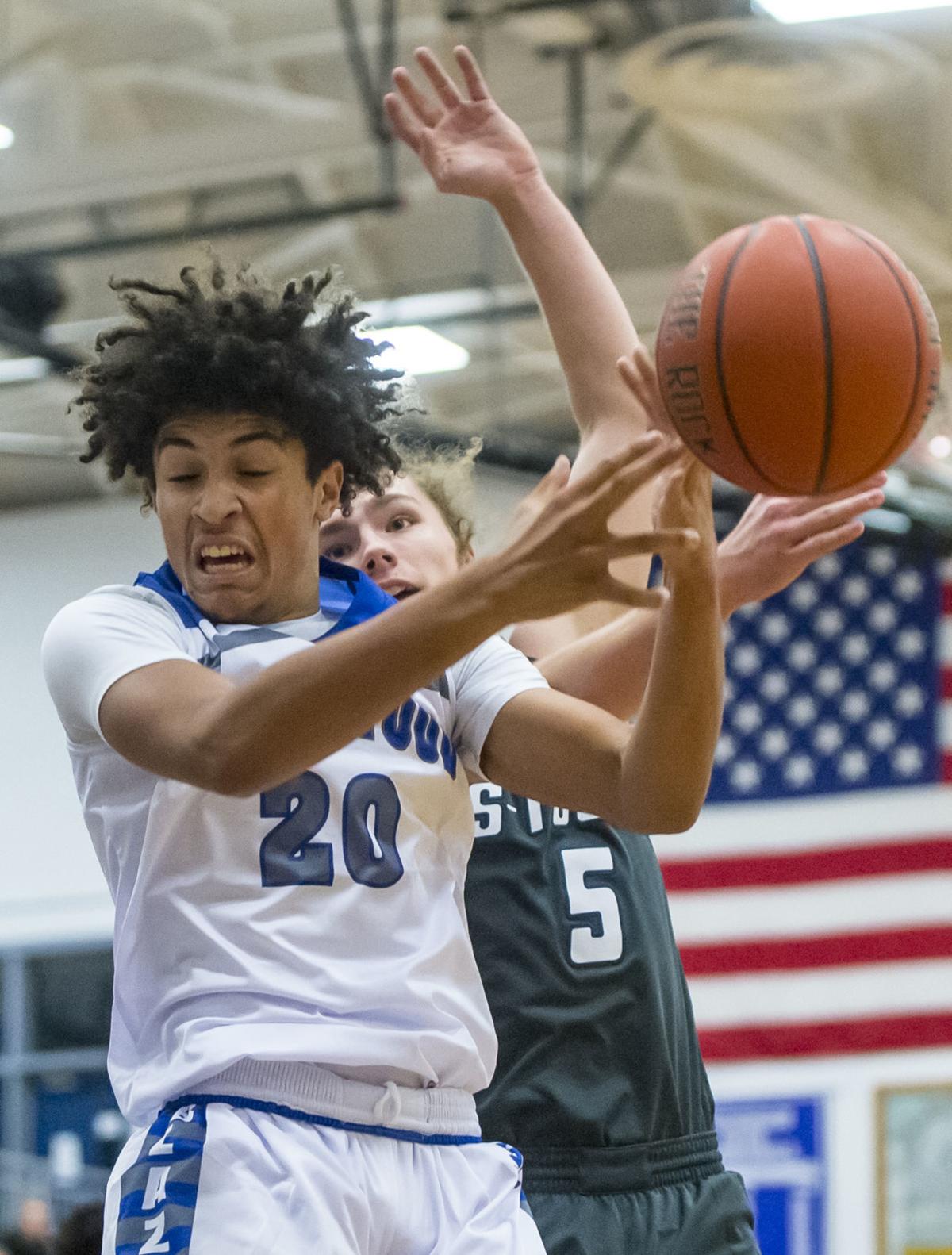 And while the 6-foot-3 silky, smooth guard showed off his ability as a scorer in spurts last season as a freshman reserve, it’s his all-around game that has impressed Edwards.

“I think there are nights where he’s capable of doing what he did tonight and I think there will be other nights where he has double-digit assists because that’s the type of player he is,” Edwards said here Tuesday. “He’s not going to force shots. He does a good job recognizing mismatches and we have several other guys who can score, too.”

Pacheco showed off just how prolific of a scorer he can be at times as he scored 21 of his game-high 28 points to help Spotswood pick up an exciting 81-68 non-district victory over Staunton in the season opener for both teams in Penn Laird.

It was an impressive win for the Trailblazers, who started their season late because of the success of the SHS football team, and that also gave them another opportunity for chemistry to grow.

“The biggest takeaway is that I’m glad we were able to build chemistry together,” said Edwards, who noted that several Spotswood players are still injured. “We’ve had two practices where we’ve been able to go five-on-five with the varsity guys and it shows.”

With senior forward Rob Smith sidelined after a lengthy tenure with football, the Trailblazers were forced to rely on a lot of players that haven’t seen key minutes to date.

The result was some lackluster defense through the first quarter and into the second before Spotswood eventually went on a run before the half to take control.

“With the way we play on defense, a lot of chemistry is involved and we were just out of sync tonight,” Edwards said. “Tonight was the first night that we guarded something other than our offense. We have a lot of new players in new roles and went up against a very athletic team. I think all of those variables produced a ragged first quarter.”

Trailing 32-28 midway through the second quarter, Edwards called a timeout.

Out of the huddle, the Trailblazers responded with 16-0 run that included three buckets inside from forward Ryan High and back-to-back 3s from Pacheco on the left wing.

By the time the Storm scored again, they already trailed Spotswood 44-34.

“We just started missing shots and then we started jacking them up,” Staunton second-year coach Terrell Mickens said. “Defense is ultimately what changed the game tonight. We stopped getting back on defense and let [Pacheco] get a bunch of open shots. I thought the effort was good tonight. We just have to be smarter at times.”

After scoring 21, including four 3s in the first half, Pacheco cooled off a bit in the second to finish with 28 points, but consistently came up with big buckets down the stretch.

Pacheco said he put a lot of time in during the offseason for nights like Tuesday.

“It’s a little challenging, but my teammates have helped me to do it,” Pacheco said of his increased role. “I put a lot of time into my shooting, working with my teammates and building that chemistry. I just try to encourage them and try to lead them along.”

High finished with 16 points for Spotswood and, much like Pacheco, admitted he’s still adjusting to his new role after playing sparingly at times as a reserve last season.

“I have to approach my game differently,” High said. “I’m not coming out as a supporting player, coming off the bench. I really have to come out ready to go every day.”

The Trailblazers opened their lead to as much as 22 in the second half. Despite Staunton guard Javon Battle scoring 15 of his 20 points in the fourth quarter to try to lead a fierce Storm comeback, Spotswood coasted the rest of the way to the win.

“Credit to Staunton,” Edwards said. “It was the first game for them, too. They’re very athletic. I’d be willing to bet they’re going to be a playoff team at the end of the year. That was a good test. We think a lot of that program and Coach Mickens and Coach Madden. I’m glad we get to play them in January and see how much we’ve improved.”

Michael Shifflett added 15 points for the Trailblazers (1-0) while D’Andre Good and Traevan Williams each added eight and Matthew Lawrence chipped in with six.

“We’ve got offensive firepower,” Edwards said. “I’ve been telling the guys that. Practices have been all about installing our system. Now that we’re playing games, we will devote more time to skill, finishing, shooting. I’m so excited about practice. We can now focus on some of those fundamental things that we, quite honestly, haven’t had time to do.”

Leading the charge offensively for Spotswood on Tuesday was Pacheco.

And while the gifted sophomore may do that at other times throughout the season for the Trailblazers, Edwards insisted he’ll show off every facet of his game at some point.

“I’m telling you,” Edwards said. “He’s one of the best players in the area. There’s no doubt. We want him to be assertive and I think he’s earned the respect of the team, the seniors, the older guys with his work ethic and commitment to basketball.

“He’s gotten bigger, stronger, faster. Some of the things that aren’t fun are what he’s invested a lot of time in. He’s got a really high basketball IQ and I just think he’s poised to have a big season for us.”