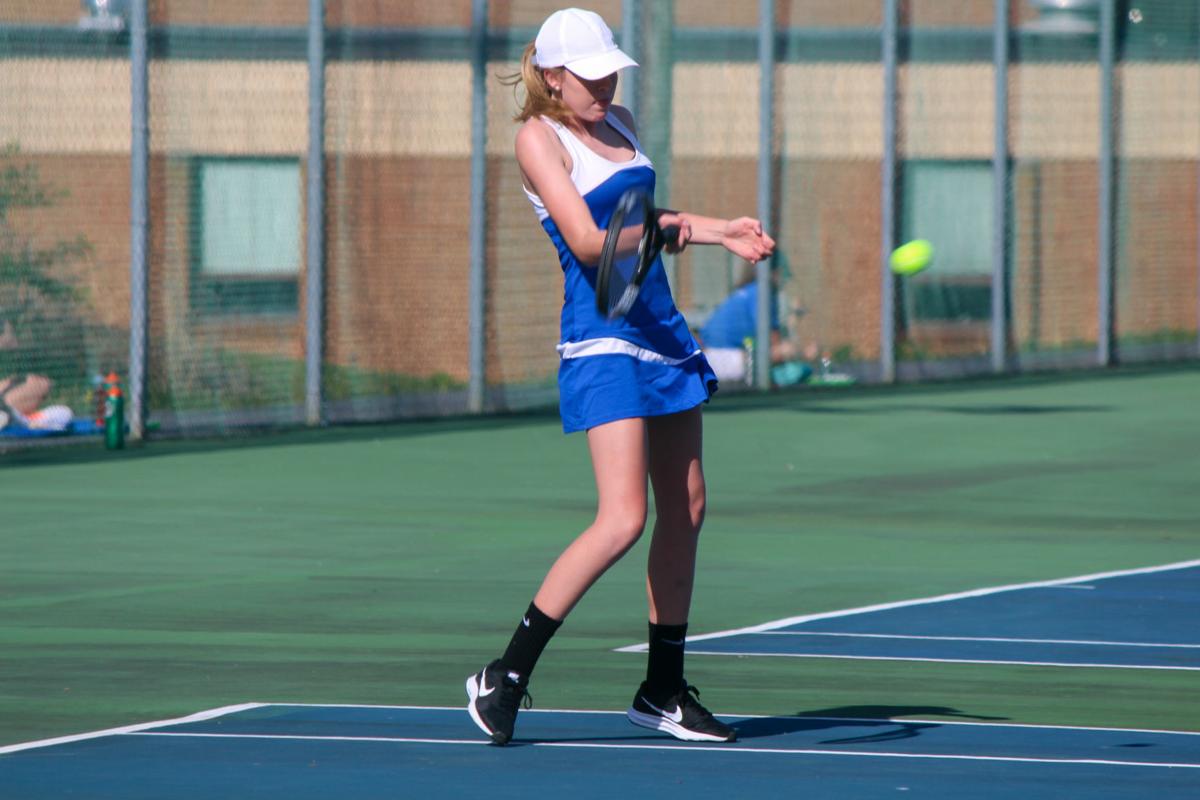 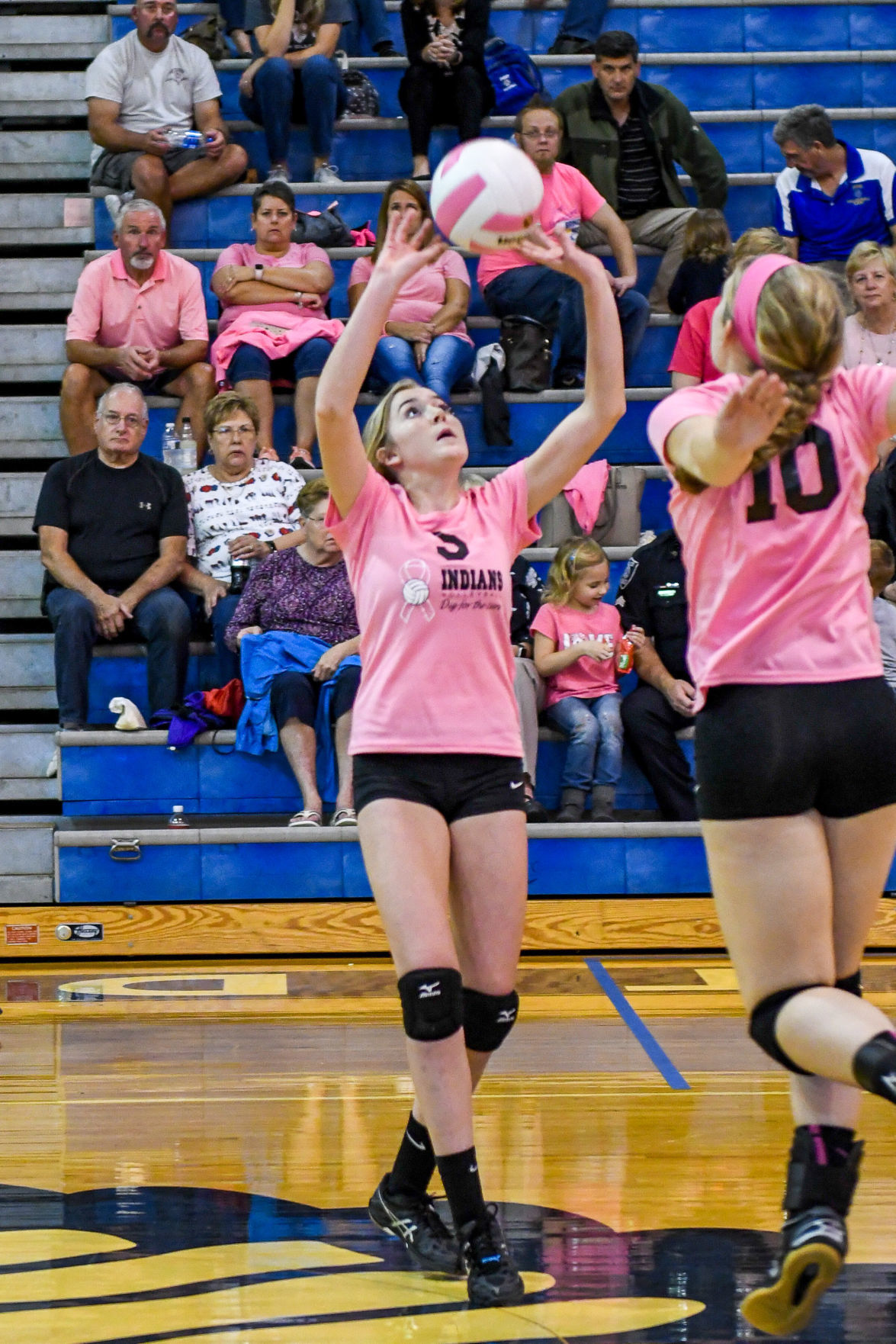 It was never an expectation for Maddie Painter, but it did become a reality.

To reach 1,000 assists and 1,000 digs in volleyball over a four-year career is an impressive feat. Another accomplishment that deserves praise is winning over 100 games in tennis. Each achievement puts an athlete into elite territory.

But Painter, who just graduated from Fort Defiance last month, did something no one in the school had ever done before during her impressive tenure. Despite her spring season of tennis being cancelled due to COVID-19 this year, the former Indians standout leaves the halls of FDHS as the first volleyball player to achieve 1,000 digs and 1,000 assists and just the seventh player in girls tennis history to reach 100 victories.

Painter’s primary focus was volleyball. She grew up around the game with her older sister, Katlyn (Shifflett) Bates, serving as a standout player from 2005-2008 before continuing her career at Mary Washington and her parents, Staci and Kerri, both coaching her at the club level.

“I started playing volleyball at a really young age,” Painter said. “I grew up around volleyball because of my parents and my sister. Volleyball was my main focus, but during tennis season, it was my focus.”

She earned a starting role on the varsity volleyball team as a freshman and was instrumental in running the offense as a setter. She split time at the position with Madi Kimmel her first two seasons before moving into the full-time role while also bringing versatility and leadership the past two years.

“Maddie was very competitive in a very demanding role, yet you wouldn’t know that just from watching her,” Fort coach Sue Leonard said. “She got the best out of her teammates because she always had fun on the court and made them laugh. We will not have anyone next year who can do that — to be demanding of her teammates, but then never really knowing it.

“It is a great leader who can do that on a team, yet Maddie would never take credit for that. Her teammates loved playing wth her and playing for her. As a coach, I will really miss that.”

Painter finished her volleyball career with 1,307 digs, which ranks third on the program’s all-time list since 2010, and 1,943 aces, which ranks second. She also has 172 aces, good enough for second all-time, and has the best service percentage of all-time at 98.13 percent.

This past season, she helped guide a young and inexperienced Indians squad to a Shenandoah District title and a berth in the Virginia High School League Class 3 state tournament.

“We were so young and no one expected us to do as well as we had in past years,” Painter said. “We didn’t have an expectation that we’d be really, really good, but once we realized that we could potentially be better than what everyone else thought, we were extremely excited about that. This team that I played with this past season was an extremely fun team to be around and we all got along really well.”

The two-sport standout was equally as successful on the tennis court, despite it being her secondary sport. She finished with 104 victories — a feat that’s even more impressive considering it took her just three years to do so.

“It was extremely disappointing for me [for the spring season to be cancelled] because that was my last chance to play a high school sport,” Painter said. “I realized they were just trying to keep everyone safe, so I understood why, but I was still really disappointed.”

Painter will attend James Madison next year and study health sciences. She said she hopes to go into the medical field, but isnt sure of the exact career path yet.

Despite being recruited by Bridgewater College to play tennis and by Eastern Mennonite to continue her volleyball career, the former Fort Defiance standout opted to now turn her attention toward her career after athletics.

Painter said she may play club volleyball for the Dukes, but is content with leaving behind her playing days as she prepares to head to JMU this fall. And while she may be putting the sports in the back of her mind on her new journey, it’s safe to say her past accomplishments won’t be forgotten in the halls of FDHS anytime soon.

“I am glad that she was recognized this year for all of her awards and what she has given to our program,” Leonard said. “She really deserves every one of the honors. We would not have been the same team with out her. She took a very young and very inexperienced team to the state tournament. I really believe Maddie made that happen.”