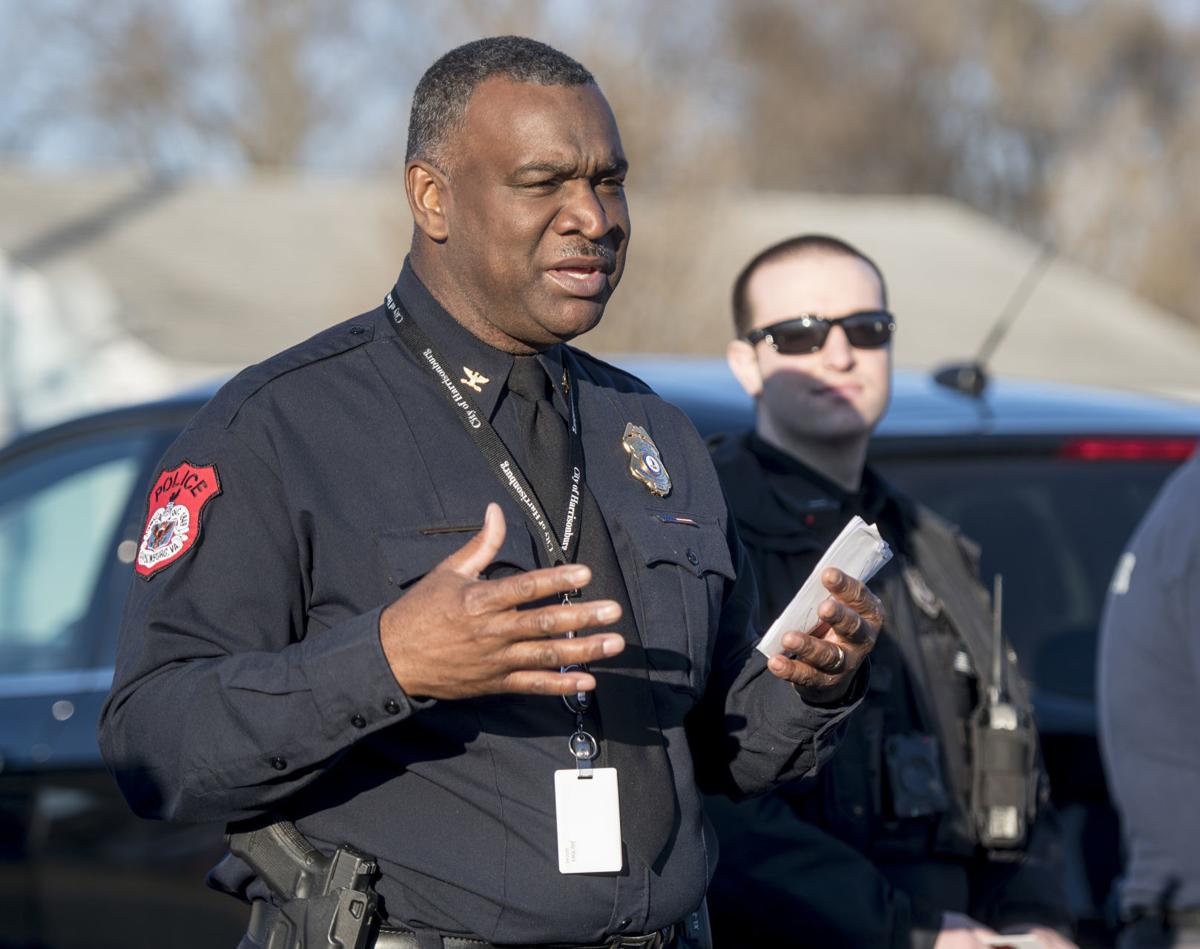 “It feels good to know that you have the support, not just from the council, but from our citizens, too. Our officers feel that support, too,” said Harrisonburg Police Chief Eric English. 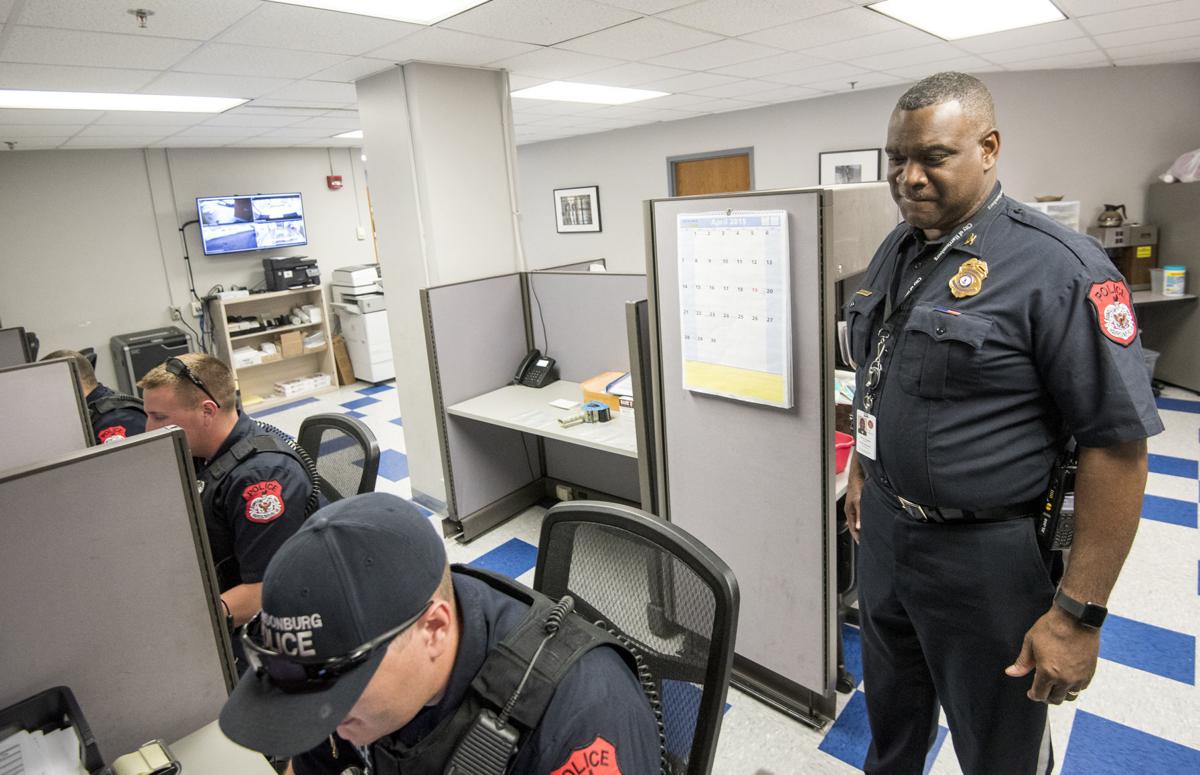 Floyd, a Black man, died May 25 after his neck was pinned under the knee of a white officer for nearly nine minutes as other officers watched. The officer, Derek Chauvin, has since been fired and is charged with murder. The additional officers have also been charged.

At Tuesday’s City Council meeting, council members gave English their approval on the work he’s done since he started the job and since tensions rose following Floyd’s death. Each member gave complimentary remarks on how English was measuring up as the city’s top cop.

“Chief English is the right man for us,” said Mayor Deanna Reed in an interview Thursday. “He’s the right man to be the leader of our police department.”

At a time when some leaders in other jurisdictions are criticizing police, English said he’s grateful for the positive feedback.

“It validates that I’m doing the right things … that my mindset is in the right areas,” he said. “It feels good to know that you have the support, not just from the council, but from our citizens, too. Our officers feel that support, too.”

When he first took over reins of the department, which featured roughly 112 sworn police officers, he said he began to implement the President’s Task Force on 21st Century Policing recommended six pillars outlined in a 2015 report.

The six pillars are building trust and legitimacy, policy and oversight, technology and social media, community policing and crime reduction, training and education and officer safety and wellness.

In terms of building trust, he said a lot of events were already in place to help create a bond between police officers and community members. He noted HPD’s Shop with a Cop, Secret Santa and Coffee with a Cop.

He has since added community walks, and when COVID-19 struck, he shifted to community convoys in an effort to build trust with the community.

Councilman Richard Baugh said he’s pleased English has expanded programs put in place by previous administrations to get out into the community.

“I think he’s doing more of it and doing it better,” Baugh said. “We need to be breaking down some of these barriers.”

English also started merchant log books where officers go into businesses, chat with owners and customers and sign a log noting they were in the shop.

The chief is also encouraging officers to get out of their vehicles and walk around the neighborhoods.

Reed said that for the first time in a long time she’s seen officers in the Northeast Neighborhood. She said they often take time to come sit on people’s porches and talk about life.

“For me, it’s back to seeing the police officers walking in the neighborhoods, not policing, just checking in to see how everyone is doing,” Reed said. “That’s what it takes to trust each other.”

One of his next steps was to go through the department’s policies and procedures.

“We revised some and created new ones,” English said.

For example, he said, after he spoke with those at a protest last month, he changed the use-of-force policy to state that if an officer sees another officer use too much force, they are required to intervene.

Three officers in the Floyd case stood and watched for more than eight minutes as he slowly died.

English said that following the protest, he reviewed the policy and was shocked that some things weren’t included.

“I thought we had had it in there,” he said. “After the protest, I went back and read it and it wasn’t in there. So I added it. I also added a sanctity of life statement.”

Reed said English has shown he wants to improve the department.

“He wants to listen to people and get better,” Reed said. “He took those suggestions and made those changes.”

Reed said she would like to think that Harrisonburg’s officers would intervene regardless if there was a policy that said they had to do so.

“You would hope that, but now, to put that in policy, you know it is what HPD expects,” she said.

“We just don’t look at things locally, we look at things nationally so we can keep our finger on the pulse,” said English, adding that his team is looking at national cases and learning from them. “We’re going to go through these scenarios. We want everyone to be on the same page on how HPD stands on these issues.”

If one of those scenarios happens here, English has a new use-of-force review board made up of both police officers and community members to review each incident. It’s one of several panels English set up to review conduct and policies.

Baugh said it’s a good thing to get a variety of eyes on different situations and policies.

“These things are revolving processes,” he said. “That’s why the input is good.”

Additionally, at the protest, some questioned the transparency on use-of-force statistics. In years past, protesters said, they would have to spend several hundred dollars on FOIA requests to get information they wanted.

English said that was the last time they’d have to fork out money for use-of-force data. Within days, that information was posted on the police department’s website.

Before, he said, officers had to deal with old computer systems that required them to go through and read each report and calculate data. Now, it’s been streamlined, making it easier to report data in a more efficient manner.

“I think it’s important for individuals to know what’s going on in their community,” he said.

I've never met him but I hear most of his cops like and respect him.

That makes him GTG with me.

Something kept nagging at me about the various “community policing” stuff, then I realized that it was basically Andy of Mayberry policing 101. That is not meant in a derogatory way as I am a big fan of the Andy Griffith Show.