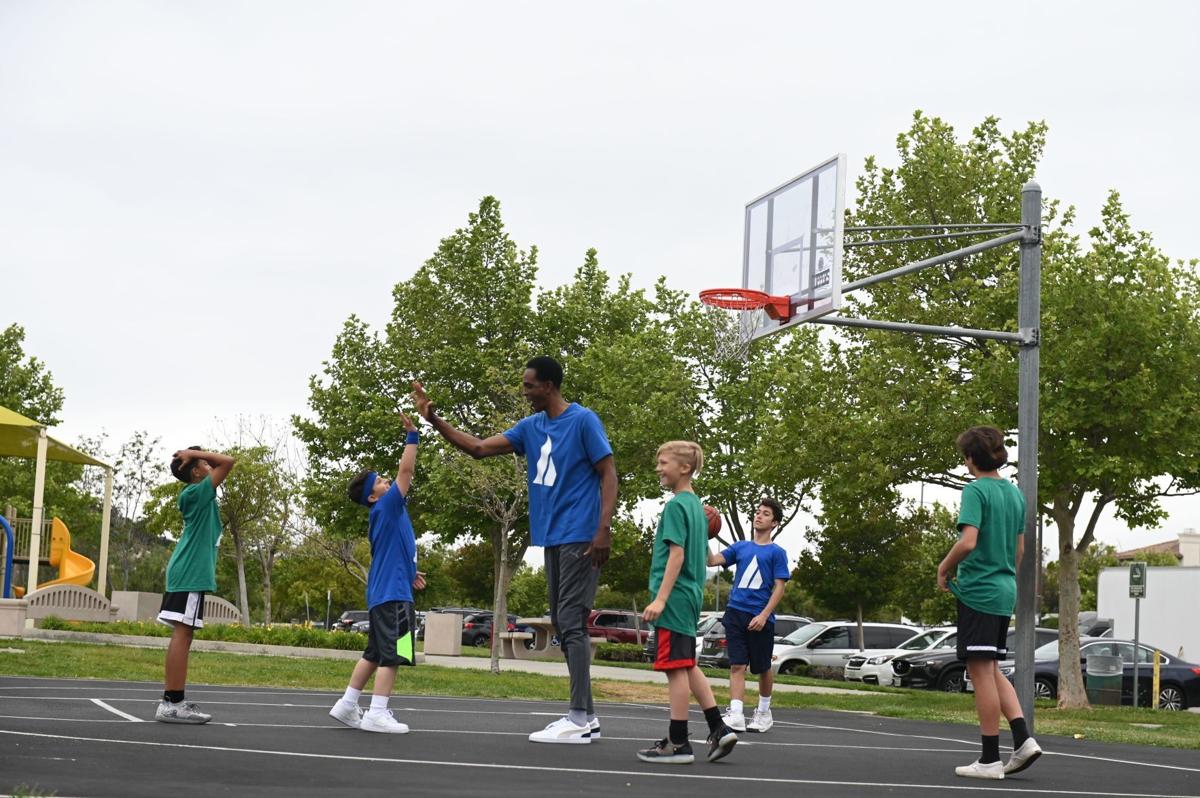 Ralph Sampson, a 7-foot-4 center who led Virginia to the Final Four in 1981, has begun work as a radio and podcast host. 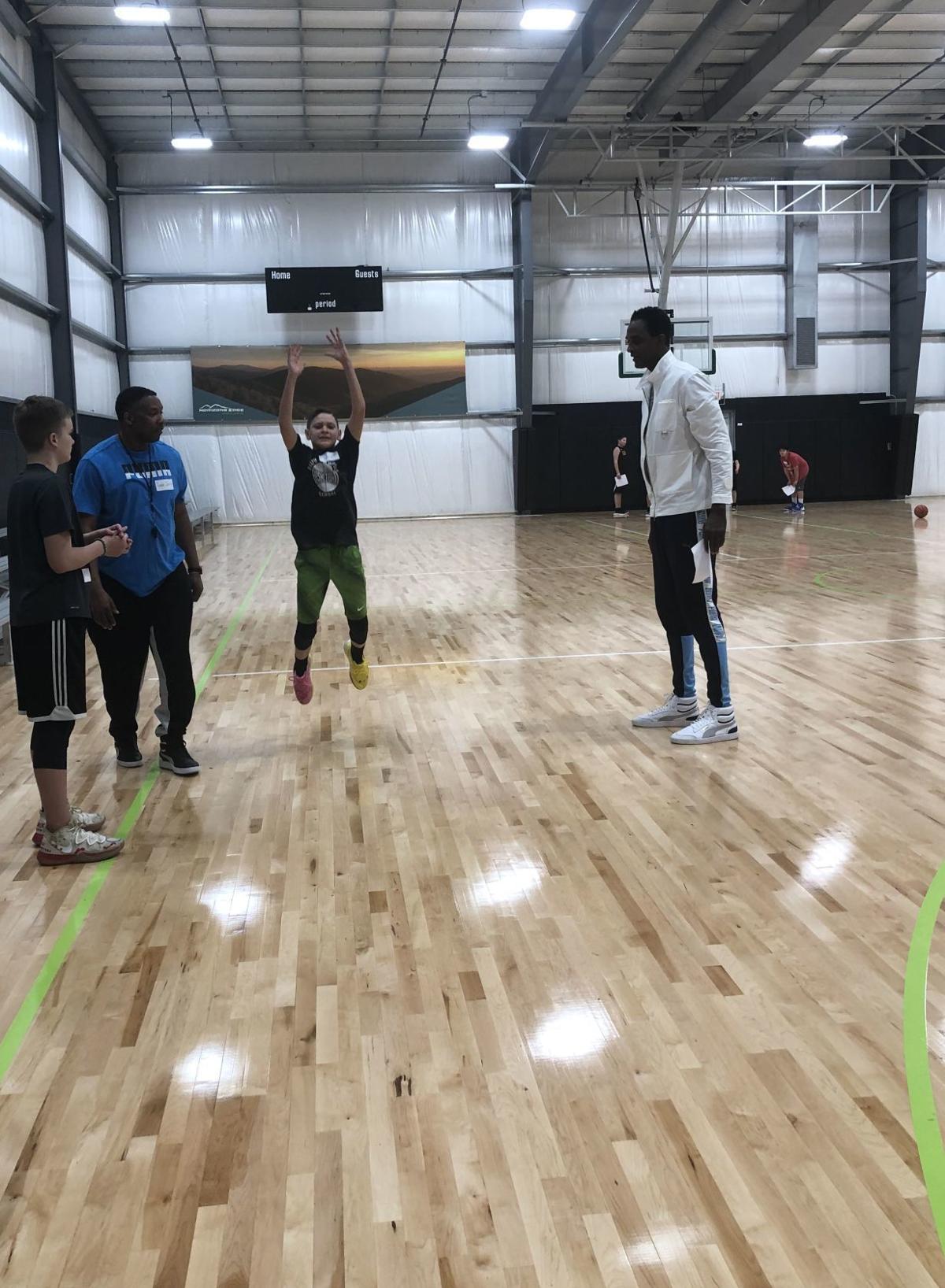 Ralph Sampson, a 7-foot-4 center who led Virginia to the Final Four in 1981, has begun work as a radio and podcast host.

Now Ralph Sampson, a 1979 graduate of Harrisonburg, can add another title or two to his resume: podcast and radio co-host.

“It has been fun,” the city native said. “I have started out with a podcast and another co-host. I reached out to Mac McDonald, who was the radio play-by-play man when I played for Virginia. We have known each other for a long, long time.”

“He said he would be glad to be get involved,” added Sampson, 60, in an interview with the News-Record last week.

McDonald now lives in Florida and has been involved as a course director for the Dan Patrick School of Broadcasting. McDonald was a five-time broadcaster of the year in Virginia and has worked for the ACC Network, among others.

“One of the greatest college basketball players of all time, three-time Player of the Year, and NBA Hall of Famer Ralph Sampson lends his views on how to win in today’s world on the Center Court Podcast with Ralph Sampson and Mac McDonald,” according to bleav.com/podcast-show/center-court/. “Ralph and Mac, along with special guests from the world of sports, will inspire, influence, and educate listeners by reflecting on the past while focusing on the future. All the action happens at Center Court.”

Sampson, who led Harrisonburg High to state basketball titles in 1978 and 1979, wants to go beyond the numbers on his platforms. “I don’t want to tell about how many points and how many rebounds,” said Sampson, who played in the NBA from 1983-92.

Sampson wants to use those in the sports and music fields “to tell the stories of life,” he said.

He said on a recent show he had on Norfolk native Lefty Driesell, the Hall of Fame basketball coach whose career included a stint at James Madison from 1988-96.

Also on the show was North Carolina native Buck Williams, a star for Driesell at the University of Maryland and like Sampson a long-time star in the NBA.

But Sampson, an assistant coach at JMU for a year under the coach, didn’t tell Driesell that Williams would be on the show.

“So I surprised coach,” Sampson said. “He is 89 years old, a Hall of Famer. He can’t get around like he used to but his wits are still there. Having Buck surprise him on the show was the warmest thing I have ever done in the radio business.”

Another recent show featured former University of North Carolina basketball star Al Wood and Gene Banks, a standout at Duke. Wood scored 39 points against Virginia and Sampson in the 1981 NCAA tournament semifinals as the Tar Heels won over the Cavaliers.

Sampson said his radio show airs in the Norfolk area and other stations around the state and he hopes to find a partner with stations in Harrisonburg and Winchester.

His radio show is on in Hampton Roads on 96.5 FM and 850 AM and last fall featured Jeff Jones, a teammate with Sampson at Virginia and the head coach for men’s basketball at ODU. Jason Zone Fisher was a co-host with Sampson for that show with Jones, a former guard for the Cavaliers who was later the coach at Virginia and American.

“Less an interview and more a conversation with a good friend,” Jones wrote in a text to the News-Record on Wednesday.

Sampson was on the cover of Sports Illustrated several times. He was named to the Naismith Hall of Fame in 2012.

He helped lead Virginia to the NIT title as a freshman in 1980 and to the Final Four in 1981. He was the NCAA player of the year his last three years at Virginia and was the first overall pick of Houston in 1983 in the NBA draft.