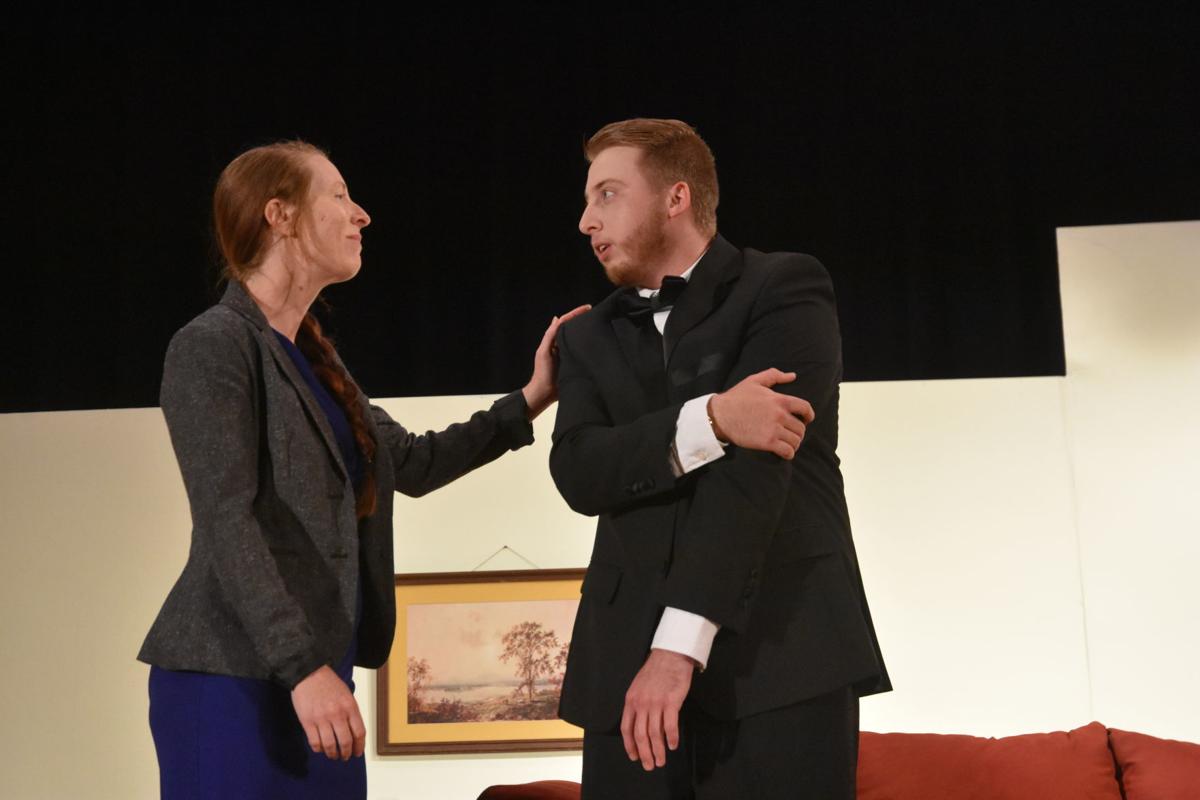 Seth Simmers and Melody Daff rehearse a scene between their characters, Arnold Adderby and Irene Joyce, in the Schultz Theatre’s production of “Just Say Yes!” at J. Frank Hillyard Middle School in June. 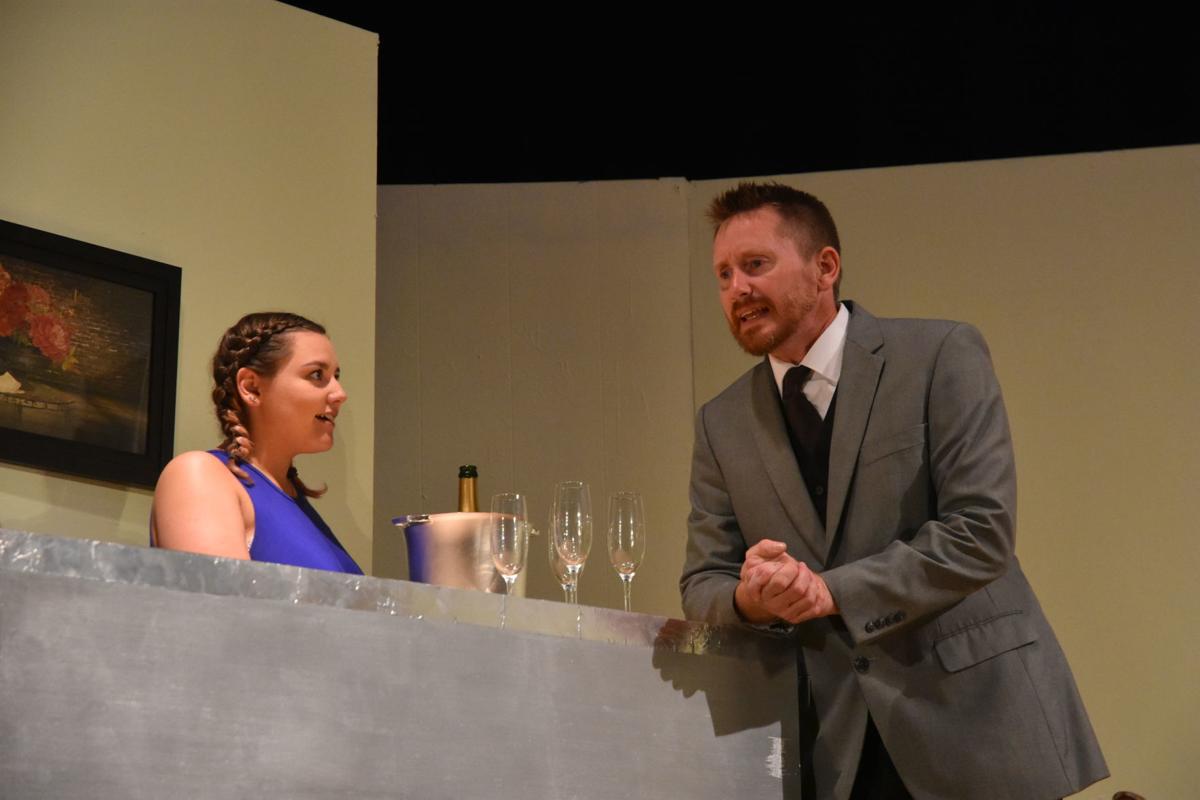 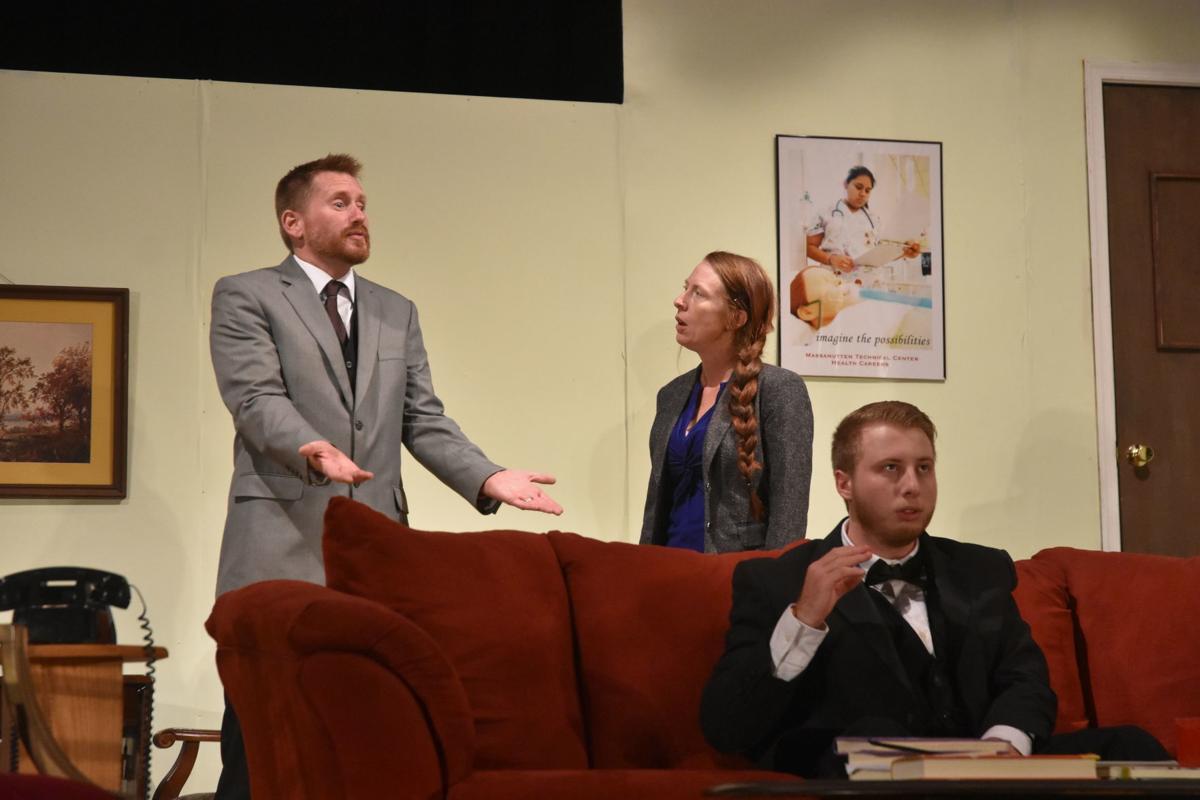 Seth Simmers and Melody Daff rehearse a scene between their characters, Arnold Adderby and Irene Joyce, in the Schultz Theatre’s production of “Just Say Yes!” at J. Frank Hillyard Middle School in June.

“There’s so many different senses of humor so if you can get a full room of people to laugh at the same thing, I think you’ve done something pretty good,” Tinkham said.

The play was written by two brothers, Jack Sharkey and Tom Sharkey, the composer and librettist of “It’s a Wonderful Life.”

In “Just Say Yes!,” Blaize Caraway is a self-help author who must salvage his career when forms of self-help are banned. To prove that his teachings of success through self-confidence are not con artistry, he turns a loser, Arnold Adderby, into a winner, learning some lessons about himself in the process along with those close to him.

“It’s as much about Blaize figuring out his career as much as it is these people sorting through all their emotions and their personal relationships,” said director Sydney Thier. “It’s something that I’m sure a lot of people can relate to.”

Thier is directing her first production at The Schultz Theatre. The 23-year-old graduated from James Madison University last spring with a major in film and a minor in theater. Prior to Schultz Theatre, Thier directed “Blood Run,” a full-length play written by a student at JMU in fall 2017.

Having previous experience directing dramas, Thier wanted to give comedy a shot. Although originally unfamiliar with the work, she’s taken to “Just Say Yes!”

“What’s cool about it is it’s got a lot of different theatrical elements,” she said. “There are a lot of asides so, it’s got a Shakespearean feel to it.”

Before taking on the role of a gimmicky self-help jerk, as he describes it, Tinkham created a small production company with a friend many years ago where they would perform comical skits at various places around the area. He jumped back into theater recently with his first Schultz Theatre production, “Snow White and the Seven Dwarfs” in May. This is his second show with The Schultz.

Tinkham said the script has been one of the biggest challenges of this production.

“There’s a lot of dialogue between few characters so everybody has a lot of dialogue,” he said. “The way it’s written presented some challenges. There are a couple periods where there’s some rhyming monologues that can be a bit tongue-twisting.”

Thier said the storyline of “Just Say Yes!” will be relatable to audiences. The characters each go on their own journeys of growth and personal development.

“All of these characters want a lot of things, which seem complicated, but when you boil it down, what a lot of them want is either personal freedom, love, respect, to be confident in themselves and to have independence,” Thier said. “The ways in which we see these characters go down the wrong paths before they get to the right ones, I think, is very human.”

Tickets are $15 for adults and $13 for students and seniors. For more information, visit www.schultztheatre.com.