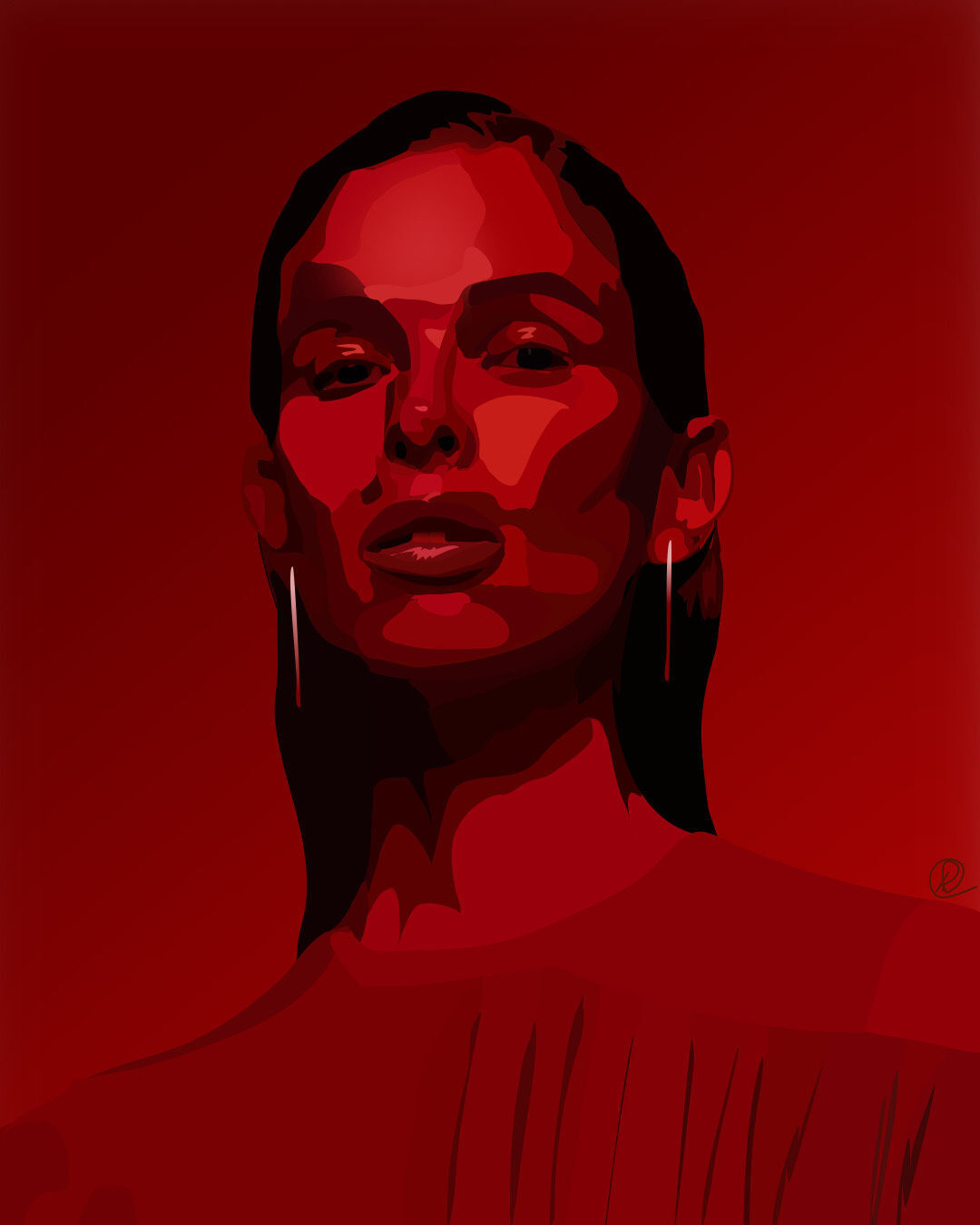 James Madison University student Ryen Miller’s work “Lady in Red” is a digital illustration in the show, depicting Berlin model Lina Berg. It is the first piece in a series depicting the energies of international models. 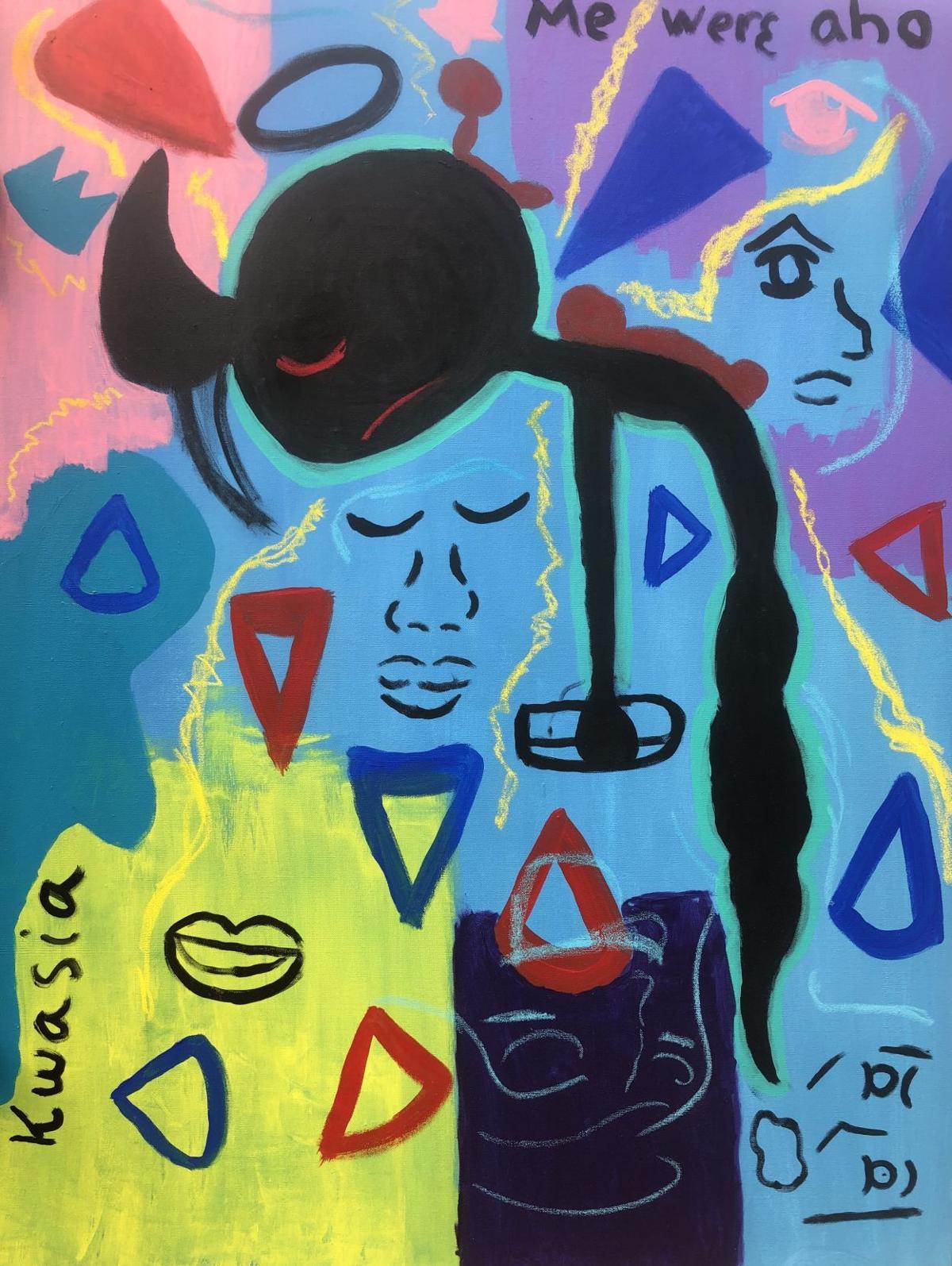 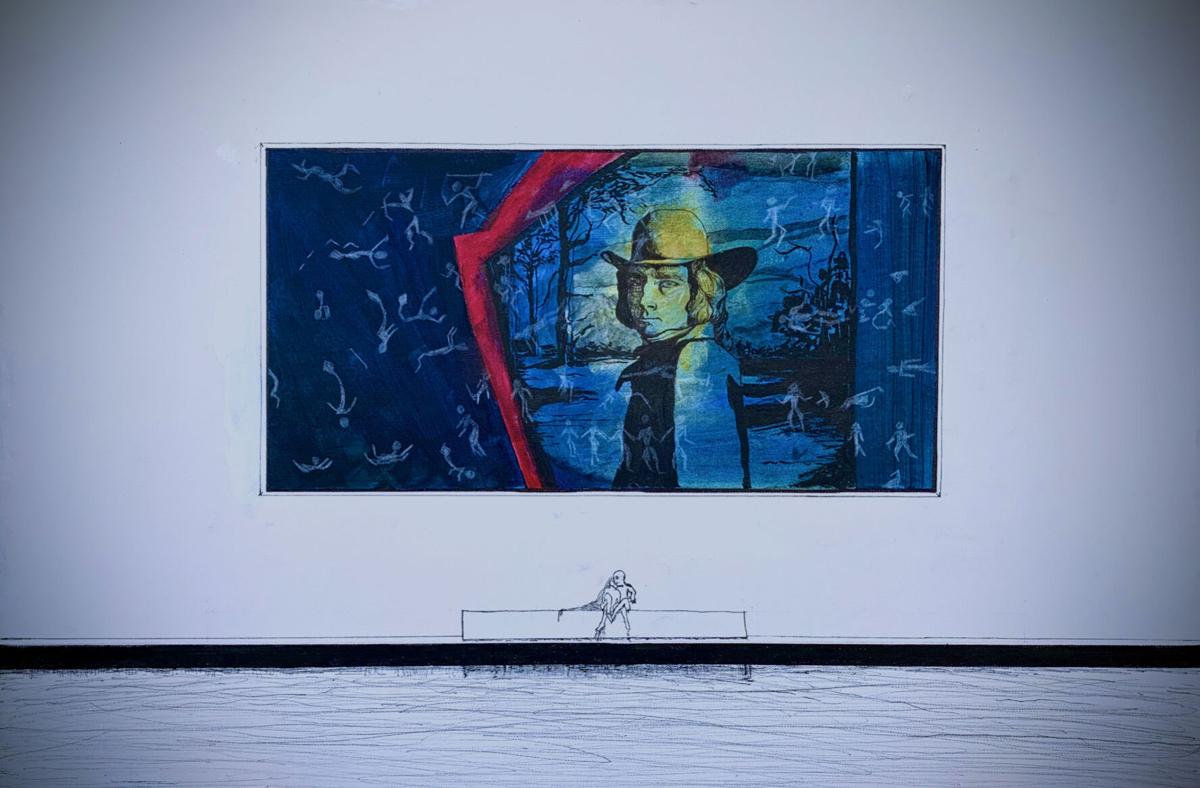 James Madison University student Ryen Miller’s work “Lady in Red” is a digital illustration in the show, depicting Berlin model Lina Berg. It is the first piece in a series depicting the energies of international models.

As Jason Starr’s spring semester as a political science and studio art sophomore came to a close, he was neck deep in plans to travel Europe, documenting the refugee crisis in film. Suddenly, the world was placed under lockdown within weeks and his summer project pivoted to photographing the pandemic sweeping across the nation.

Starr is one of countless artists whose creative ambitions were derailed or set on the scenic route by COVID-19, but this uncontrollable shift of normal life has proven a fertile field for imaginations to grow wildly. James Madison University’s ArtWorks Gallery is showcasing the inner workings of artistic minds during quarantine in a new virtual exhibition called “Inspired in Isolation” from Wednesday to Oct. 30.

Tight frames of cool, calm, collected faces and explosive colors torn apart by ribbons of color are two of several vivid emotions shining through the exhibition of 51 pieces.

Student director of ArtWorks Lydia Davis said the show’s inspiration arose from the curiosity of how free-range creation away from educational spotlights and scope manifested individually.

“We’re really excited by the idea of seeing what artists were working on during quarantine, especially because they were unable to get critiques in class,” Davis said. “A lot of artists submitted multiple works, and it’s even interesting to see the variety in one artist’s work. … You can see they’ve been working a lot and developing a lot during this time.”

Twenty artists are featured in the show, with a few submitting work across different mediums.

Alexandra Matute Blanco is a senior architectural design major with two pieces in the show: “Osmose Mechanism” and “Anfractuous Tour.”

Matute Blanco’s summer was supposed to be dedicated to interning before the pandemic. To recover the lost credits, a professor said competitions could be entered for credits. Never having created for a competition, Matute Blanco said the opportunity pushed her to better understand her interests.

“It made me see what I can do and specifically what’s going on inside my mind. … The pandemic gave me the space to broaden what I like and test myself and give me the time to see what I’m into,” she said.

“We live in such a rigid world. Things just have to be the way they are or things don’t work out the way they do. In this world, I wanted crazy people running around doing what they wanted and pushing the limits of how architecture can work,” Matute Blanco said.

Reduced to his surrounding resources, Starr’s four pieces in the show — “Heat of July,” “Time is Up,” “Target” and “Erin” — features his friends and familiar area instead of fashion and fine art, as he usually explores through a lens.

When traveling the nation documenting the pandemic, he said the seemingly parallel universe of sprawling social jungles transforming into ghost towns and vice versa was a captivating experience.

Like flowers on the cusp of blossoming and suddenly shut indoors, isolated artists were forced to bloom in darkness. Starr said in confining situations with minimal resources, his art twisted in a new, unexplored direction, which has made him grow overall as a creator.

“It put me in a box but in that it was restricting, it also led a way to new ideas,” he said.

The multimedia student show is on ArtWorks Gallery’s website with statements and professional links for each artist. A virtual “Mocktail with Curators” for audiences to engage in conversations with the show’s curators and artists will take place at 7 p.m. on Friday.