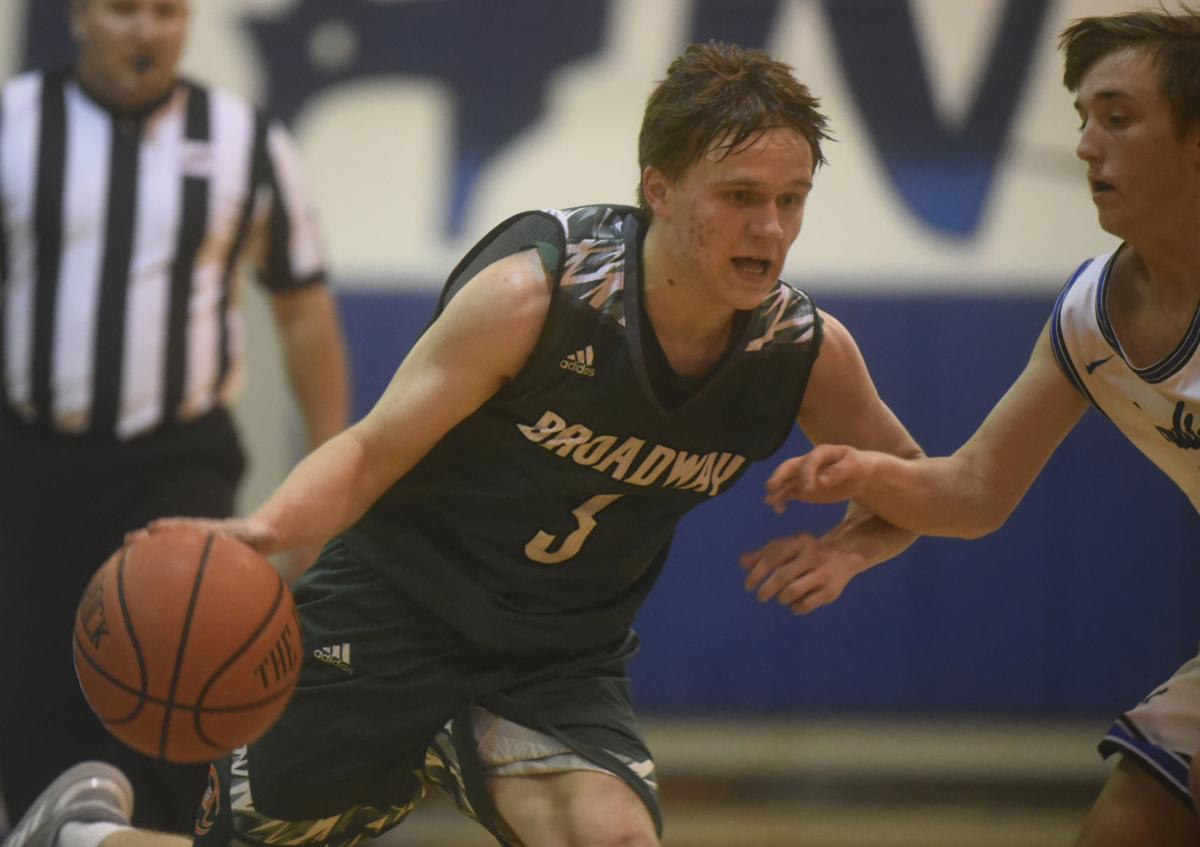 Broadway's Jaxson Jameson dribbles up the court during the Gobblers' 43-36 win over Fort Defiance on Wednesday at FDHS. 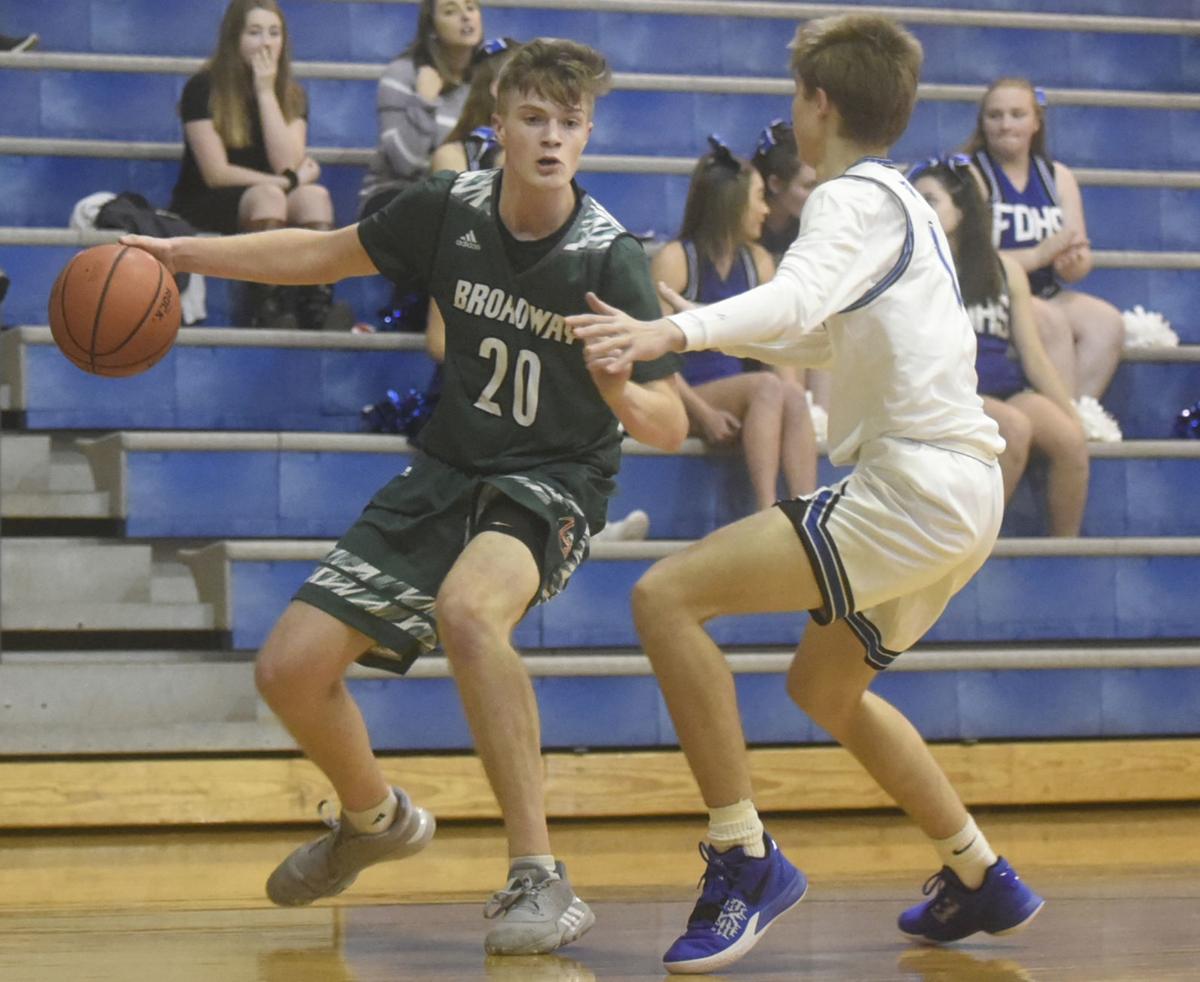 Broadway's Nate Tinnell (20) looks to dribble past a defender during the Gobblers' 43-36 win on Wednesday at FDHS. 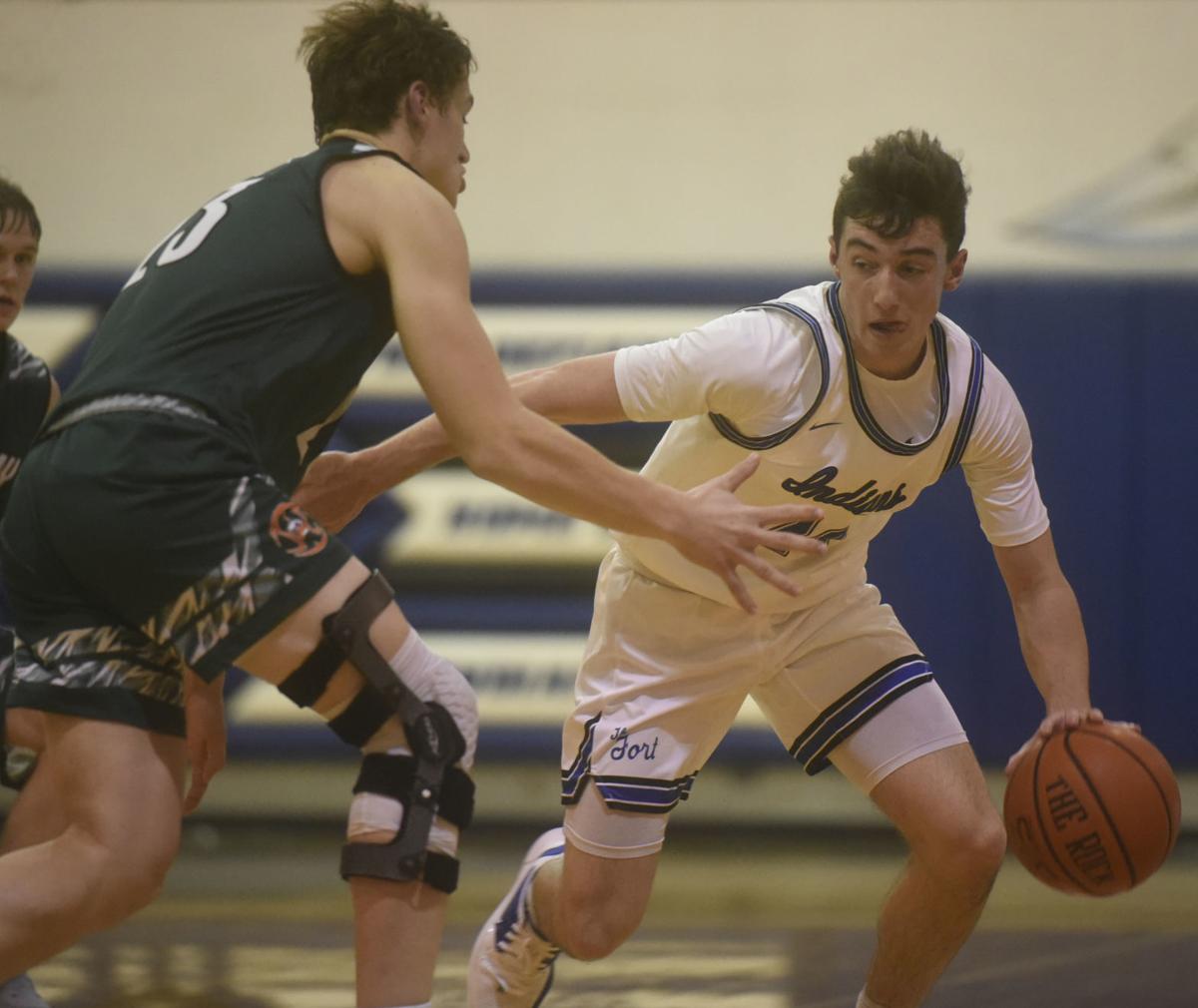 Broadway's Jaxson Jameson dribbles up the court during the Gobblers' 43-36 win over Fort Defiance on Wednesday at FDHS.

Broadway's Nate Tinnell (20) looks to dribble past a defender during the Gobblers' 43-36 win on Wednesday at FDHS.

FORT DEFIANCE — Dwight Walton shook his head as he walked off the court.

Despite walking out of Don Landes Gymnasium on Wednesday with a gritty 43-36 non-district road win over former Valley District rival Fort Defiance, the Broadway boys basketball coach admitted it wasn’t the Gobblers’ best performance of the year.

“We’re fighting a lot of things,” Walton said. “I’m not making excuses by any means. We have went through some personal challenges, but we keep prevailing and getting wins.”

The fact that Broadway managed to get another win was the biggest positive for Walton.

What he called the negative was somewhat of a surprise considering the Indians’ low shooting percentage and point total, but it was repeated from the Gobblers players, too.

“This stretch of so many games early is great because maybe we’ll have more time off in district play, but it’s hurting us defensively to the point where we aren’t having time to get these guys better in places we need to get better at,” said Walton, who is in his 13th season as head coach at Broadway. “Defensively, we’re struggling a little bit and we’re having a hard time correcting things because we’re doing it on the fly on most nights.”

Against the Indians, it was the offense that looked stagnant most of the night.

Broadway didn’t get its first points of the game until midway through the first quarter, but used a couple of 3s from senior guard Jaxson Jameson to take an early lead.

From there, both teams struggled to put the ball in the hoop as defense took over.

“Defensively, I thought we did a really good job when we could get them in the halfcourt,” Fort coach Brandon Fulk said. “In the first half, our transition defense was a disaster. We allowed guys to run past us and they got a lot of easy stuff. In the second half, second chances and rebounds hurt us. I can’t ask too much more from our guys defensively. To hold them to 43 points, we just have to find a way to get over the hump.”

The Indians looked to get over the hump when Ryan Cook scored just before the end of the third quarter that gave Fort a 33-32 lead — its first since the opening quarter.

But Jameson, Caleb Williams and Wesley Delawder all came up with key buckets down the stretch and the Gobblers got enough stops defensively to hang on for the win.

“Fort isn’t a bad team,” Walton said. “We know each other well. The coaching staff for Fort is great. We aren’t going to pull any secrets on each other. It just comes down to two teams that are very much alike beating and banging and hoping to get a win. That’s what we expect with Fort. I respect them, their coaches and their players tremendously.”

Despite what looked like a solid defensive performance, Jameson didn’t see it that way.

“It’s just a lack of communication and taking little breaks in every play,” Jameson said. “It’s not the same guy, but if someone takes a break, our defense can really fall apart.”

Part of Broadway’s defensive issues may have been because of the Indians’ personnel.

Led by James Madison baseball commit Cook, Fort did a good job of getting into the lane often and senior center Jerry Horning was a consistent force inside all night.

“They were just cutting to the basket harder, talking a lot more than we were,” said Williams, who had 11 points for the Gobblers. “On the defensive end, we have to pick it up. We always try to bring energy from the start and us five starters started out slow. If it wasn’t for the bench players, I’m not sure we could have hung around in this one.”

Another issue for Broadway is the lack of time together on the practice court, they said.

Senior forward Ben Alderfer missed his second game in a row with a concussion and others Gobblers have had to sit out at different points this preseason with injuries.

“We haven’t got to practice a lot,” Jameson said. “We haven’t been able to connect. Those players are big pieces and it’s hard to get a connection when they’re not there.”

The biggest key to fixing the issues defensively is communicating better, Williams said.

Fulk, however, said he left pretty impressed with the Broadway defense as a whole.

“They’re really good defensively,” he said. “That’s the main thing. Jameson’s on-the-ball defense on Ryan was phenomenal. Ryan really didn’t get anything easy all night. That makes it difficult. They’re physical in a good way. That makes it tough on everybody.”

Once he had came out of the locker room and talked with the Gobblers for a lengthy period of time, Walton’s head was no longer shaking as he reflected on the victory.

“Some of it they can’t control and some if it is just having urgency,” Walton said. “We’ve done that at times. There’s a lot of pieces. I’m not over-the-top frustrated with us because some of it is out of our control. We’re looking forward to having a break here.”

And while Wednesday may not have been Broadway’s best performance of the year, the veteran coach said he won’t apologize for a win — no matter how it comes to him.

“I know they’re going to get there,” Walton said. “They’re a good group. They work hard. We’re blessed that we’re 5-1. We’re happy to be here. I can’t complain about that.”