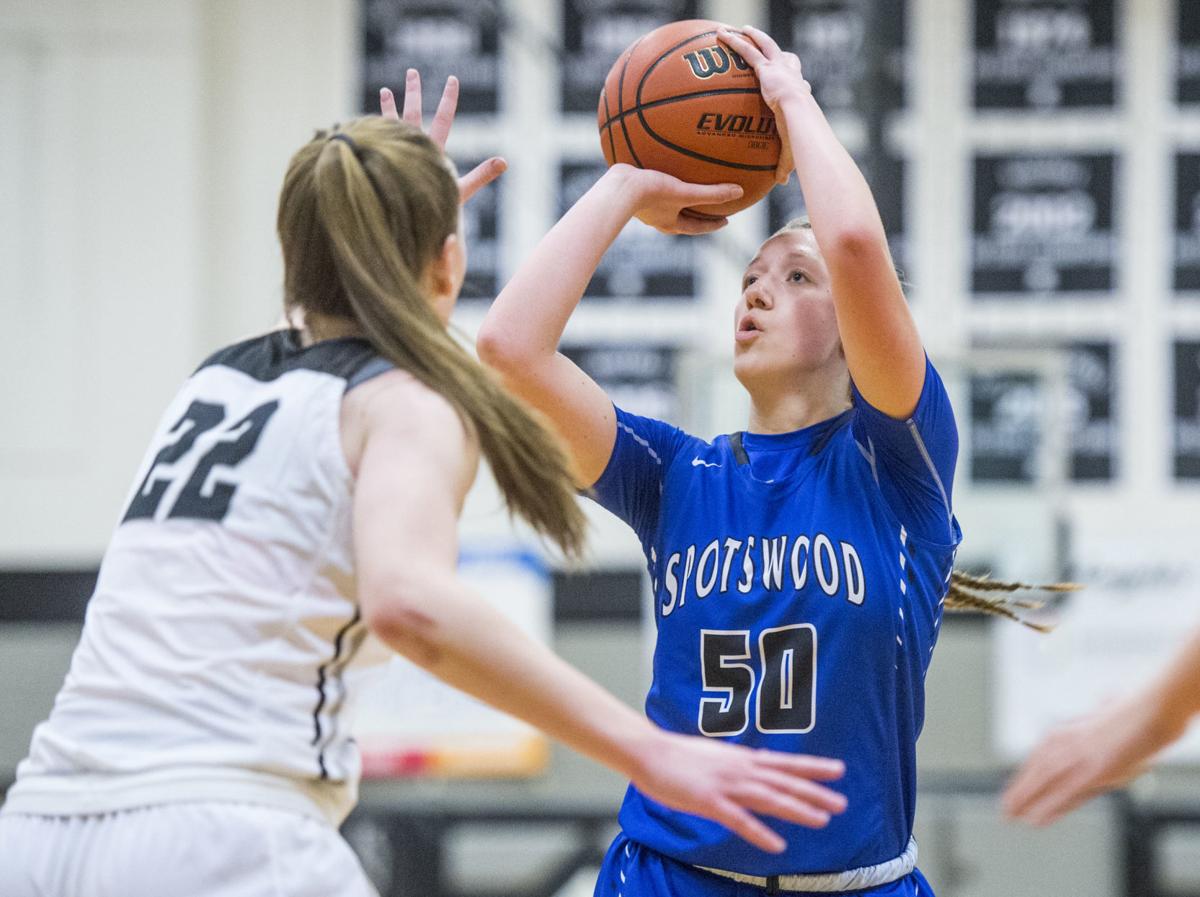 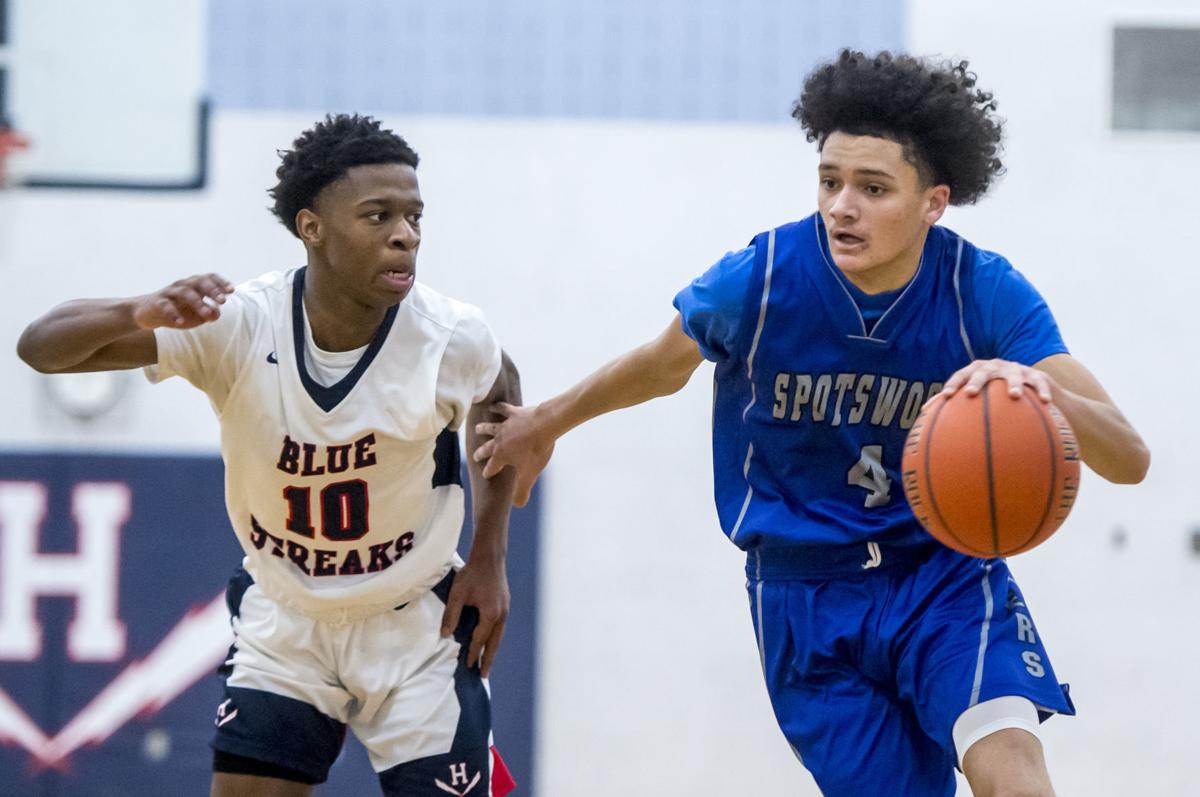 The return of Harrisonburg to the Valley District postseason has been celebrated. It brings one of the league’s premier programs over the years on both the boys and girls side back into the mix, which surely brings in revenue and increases fan excitement. But it also has created a bit of a headache for some as they try to figure out the tournament’s new format and how it will impact teams advancing to regional play. It can be a bit confusing, but it also simple once it gets broken down. Spotswood is the regular-season champion on the boys and girls side of the bracket. As a result, the Trailblazers have already clinched an automatic berth to the Region 3C tournament. The Blue Streaks, because of being the only Class 5 school, will play Spotswood in the semifinal round on Monday. That is so Harrisonburg will have no impact on who earns the district’s second spot in the regional tourney. Regardless of who wins the district each season, the Streaks will always earn a first-round bye and play the top team. With all of that out of the way, let’s take a look at this year’s tournament field: Boys 1. Spotswood (16-5, 9-1) Despite suffering their first regular-season loss in seven years this season, Spotswood rebounded with wins in eight of their last nine to clinch a share of the district’s regular-season crown for an eighth straight season under coach Chad Edwards. The Trailblazers have been led by Rob Smith and Carmelo Pacheco, but key players such as Ryan High, Traevan Williams, and Michael Shifflett have also impressed. 2. Harrisonburg (14-7, 9-1) After a grueling non-district schedule that saw the Blue Streaks drop five of their first seven, they rebounded to earn a share of the district’s regular-season title for the first time since 2007-2008 and did it with one of the deepest rosters in the entire city/county. With eight seniors, including the forward duo of D’Shawn Fields and Claudeson Tacy down low, Harrisonburg is primed for a deep postseason run at the Class 5 level. 3. Broadway (15-7, 6-4) Broadway has been hit hard by injuries and sickness this year, but have relied on a well-balanced offense and gritty full-court defense to stay afloat in a tough district. Led by senior guards Jaxson Jameson and Caleb Williams, the Gobblers aren’t deep but have five guys that are capable of scoring in double digits any given night. 4. Rockbridge County (9-12, 3-7) Despite having a solid backcourt combination in Aaron Plogger and Jailik Lynch, the Wildcats have failed to find consistent success on the offensive end this season. Rockbridge had lost five in a row in district play before finishing with a 62-53 win over Waynesboro, which may be the confidence boost this team desperately needed. 5. Turner Ashby (7-15, 2-8) Turner Ashby is a team to watch for when it comes to pulling off a few upsets and making a surprise run this year due to how well they shoot the ball from outside. The Knights, in their first year under coach Bryan Mathews, have lit it up from three-point range at times and a recent four-game winning streak showed potential. 6. Waynesboro (7-15, 1-9) It has been a quick fall from the top for the Little Giants after a 6-0 start as they’ve lost 15 of their last 16 due to a number of different factors including injuries and sickness. Waynesboro is led by double-double machine Damien Fisher but will need a full team effort if it hopes to get back on track and earn a first-round road upset of Broadway. Girls 1. Spotswood (20-2, 10-0) The defending Virginia High School League Class 3 state champions have looked the part with 16 straight wins and a dominating perfect run through district play this season. Led by the trio of Stephanie Ouderkirk, Lexi Bennington-Horton and MacKenzie Freeze, the Trailblazers have the skill and experience to repeat as state champions this year. 2. Turner Ashby (20-2, 8-2) Veteran coach Rob Lovell has been nothing but pleased as the young Knights have surpassed everyone’s expectations with a surprising 20-2 campaign this season. Despite having no seniors on its roster, Turner Ashby went unbeaten against teams not named Spotswood and have a good shot at earning another regional playoff berth. 3. Harrisonburg (9-12, 5-5) Mariah Cain has been one of the area’s most prolific scorers and Harrisonburg has several other young pieces that can impress, but consistency has been an issue. As the Blue Streaks embark on their postseason journey this season, they’ll look to maintain balance and improve on the offensive end in order to find success. 4. Broadway (6-16, 5-5) The Gobblers had a strong start in Valley District, but then faced an up-and-down path throughout the remainder of league play with a number of injuries having an impact. Broadway does have young talent, however, and with players like Aliza Lokey, Emma Bacon, Hannah Phares, and others, it could pull off an upset or two this postseason. 5. Rockbridge County (7-14, 2-8) Last year, Rockbridge County was the surprise story of the Valley District with an unexpected run that ended with a loss to Spotswood in the district championship game. This year, the Wildcats haven’t looked like a team quite as sharp but have enough talent in players like Emily Galford and Graceon Armstrong to make another surprising run. 6. Waynesboro (0-21, 0-10) It’s been a year to forget for a winless Waynesboro team that lacks depth and has suited up just five or six players on several occasions this season. Facing a talented Turner Ashby team in the first round will be quite the challenge for the Little Giants, but expect them to fight until the very end as they have all season.