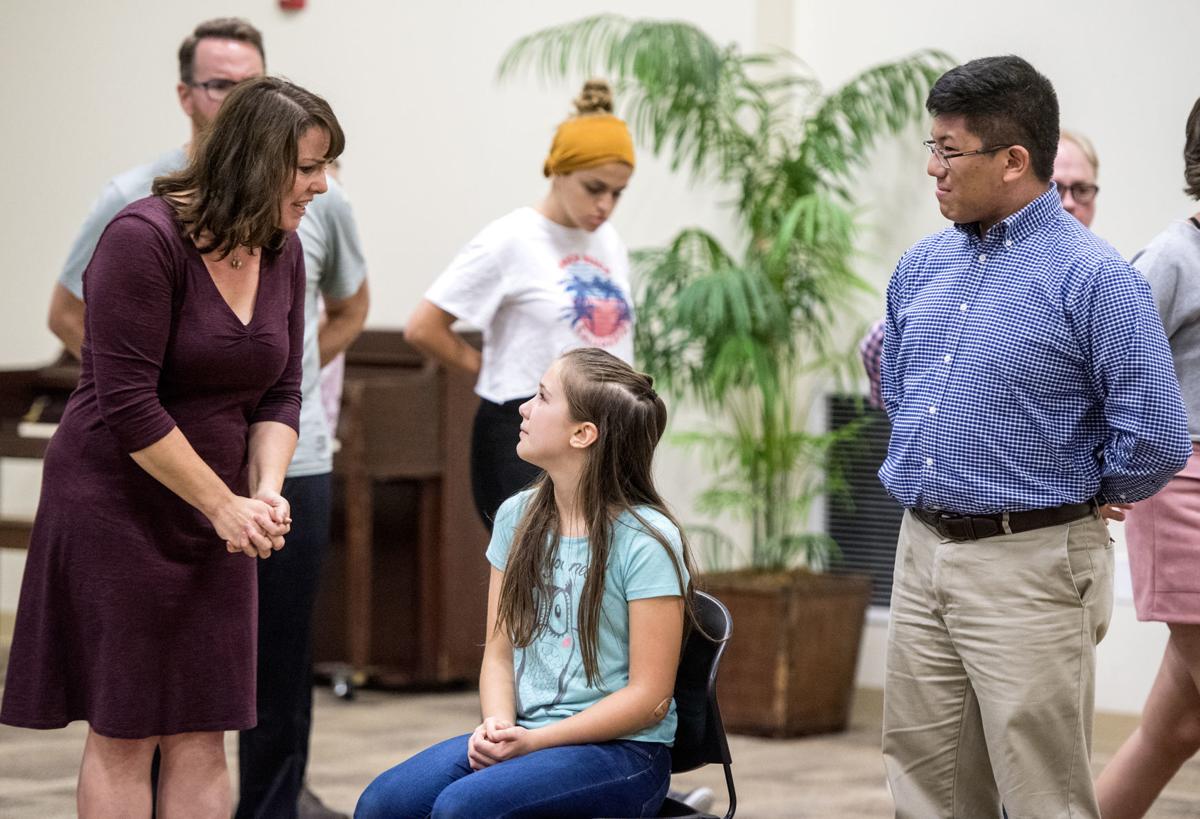 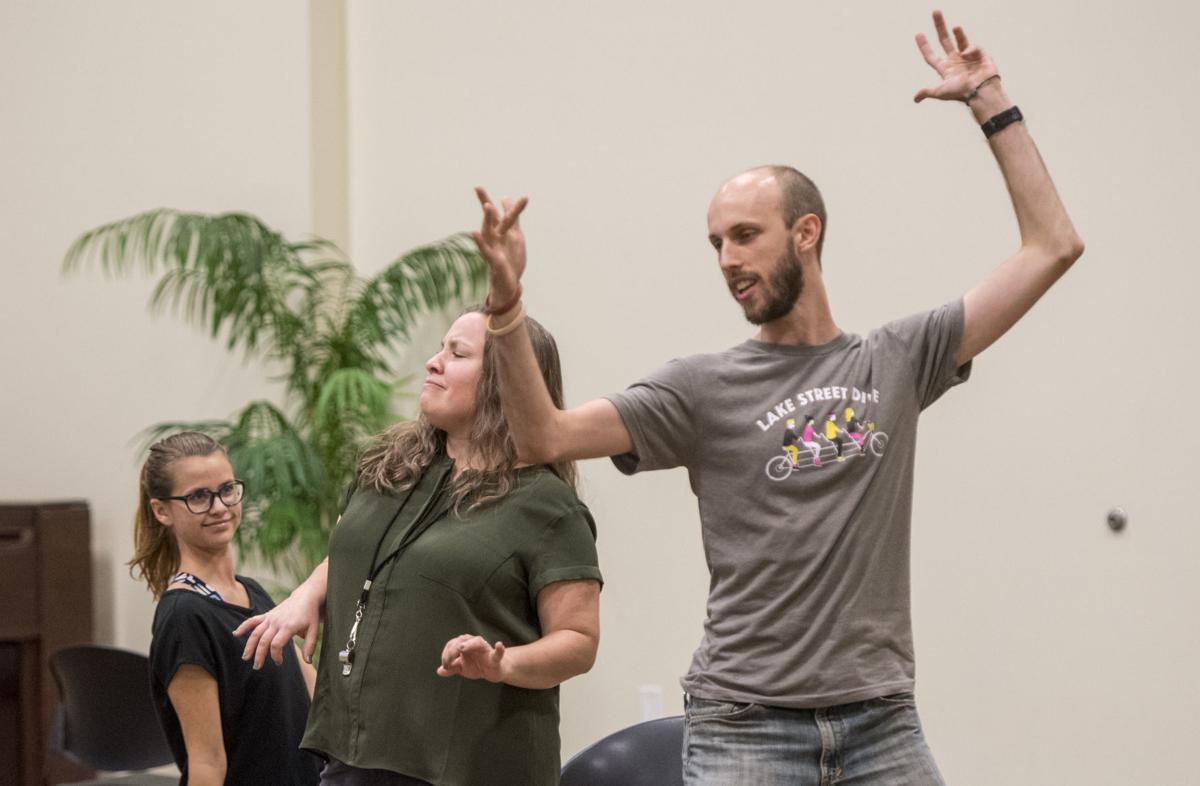 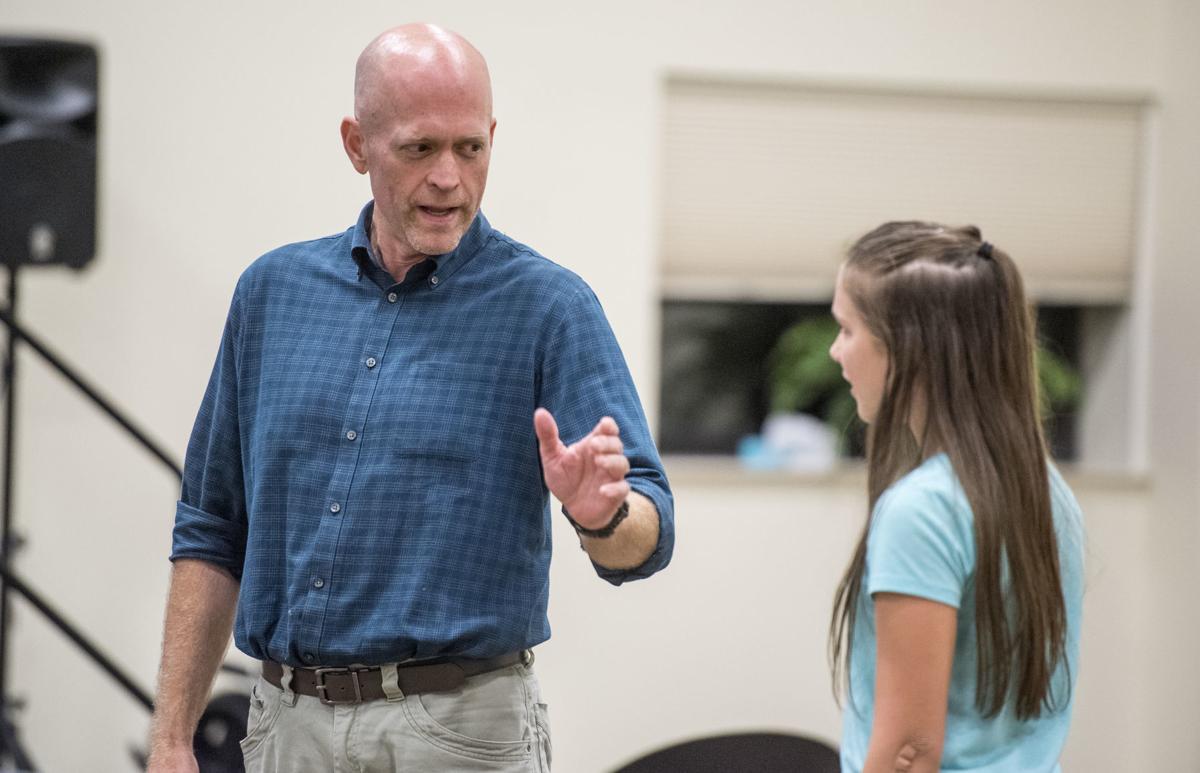 HARRISONBURG — The classic story of Little Orphan Annie is coming to Court Square Theater next month with a few unique spins to reflect the heart of Harrisonburg in the largest production Valley Playhouse has put together in years. With this show, the playhouse has taken community theater to another level by bringing together families and local talent.

J.R. Snow is a Harrisonburg resident and music teacher who auditioned with his daughter for “Annie.” Snow, who plays a variety of characters including Bert Healy, Hull and Judge Louis Brandeis, has not performed in the theater for 25 years, and this show is his daughter’s debut into the musical arts world.

Snow said this production has been a wonderful experience to share with his daughter, and the show is helping bring generations together and bond over their shared love of performing.

While timeless tunes like “Tomorrow” and “It’s a Hard Knock Life” will be present onstage, the colors and set of the musical will be much darker and cartoonish than what some fans may expect. J.P. Gulla, president of the Valley Playhouse and director of “Annie,” wanted to highlight the original story of Annie from the 1930s. To do so, the show brought on local artist Zach Gesford, who specializes in pop art.

“He had kind of a big vision of bringing this show to life in sort of like a pop art style that’s sort of reminiscent of some old comic strips of Annie. So we’re kind of working in this like black and white world,” Gesford said. “It’s really cool to get to bring his vision to life. It’s just really cool to kind of meld the different art communities of Harrisonburg together.”

Gesford previously has helped backstage to prepare sets, but Gulla said he wanted to highlight an artist in Harrisonburg to interject his style and truly collaborate in the making of the show.

“It’s going to be a great community collaborative, and that’s what I love. It’s all about community, and it really, truthfully makes community theater shine. And we love that,” Gulla said.

Valley Playhouse is the only community theater in Harrisonburg and has been bringing the community together for 60 years. Most recent productions by the theater company, such as “Peter Pan,” have featured a smaller cast. “Annie” is one of the largest shows ever produced by Valley Playhouse with the help of 28 actors, and an agility and therapy dog named Vixen who will play the role of Sandy.

Leading actress Eleanor Albers began acting in theaters six years ago. Annie is her first title character, and Albers said she relates to Annie’s dreams of being a normal girl and going after a grand adventure. She performs alongside her mother, playing Grace Farrell, and other close friends. Albers said she loves acting because it is an escape and creative outlet.

“Every time I get to act on stage, it’s just a source of happiness and relief from everything that’s been troubling me. And it’s like a lot of people say, you know, I get to be a different character. I like that. But I like getting to morph the character into my own interpretation. It’s always been really amazing to be able to get on stage and give that to the audience,” Albers said.

The show premieres the last two weekends of October. Thursday to Saturday shows start at 7:30 p.m. and Sunday shows will begin at 3 p.m. The performance lasts a little over two hours with a brief intermission. Online tickets are $17 for adults, $15 for seniors and students; tickets at the door are $20 for adults, $18 for seniors and students. Court Square Theater is located at 41 Court Square in downtown Harrisonburg behind the Capital Ale House.