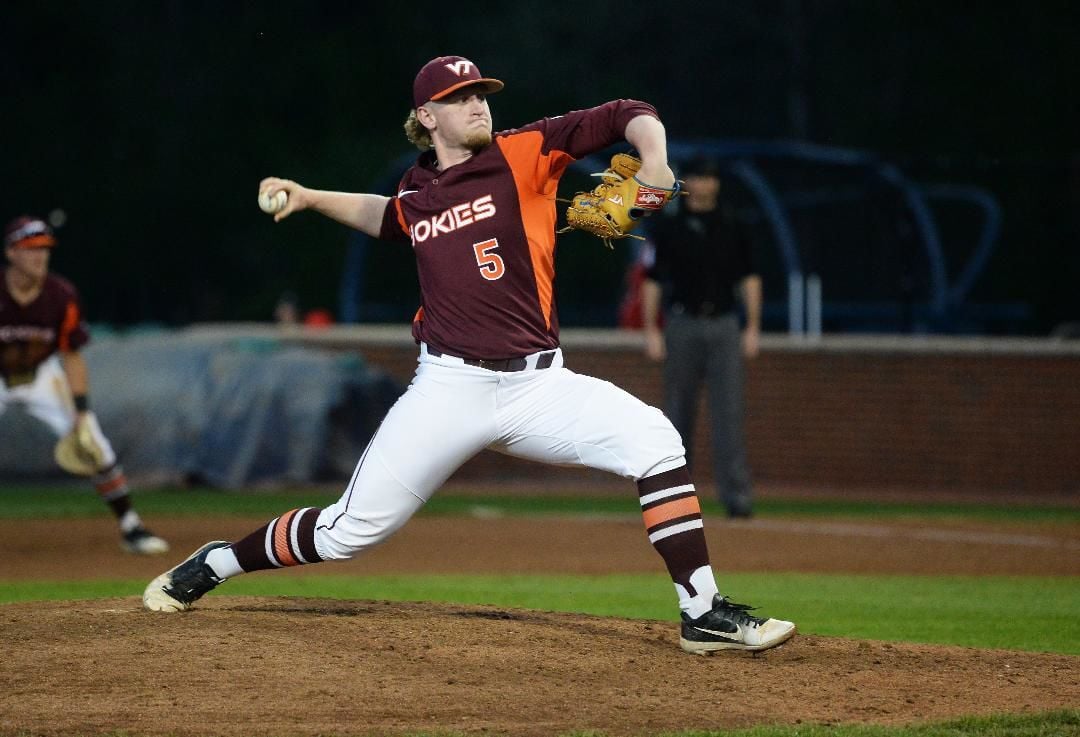 Zachary Brzykcy, a former Virginia Tech pitcher, is now in Florida as a prospect in the Nationals' farm system. 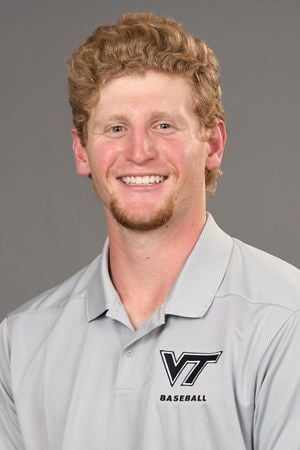 Zachary Brzykcy, a former Virginia Tech pitcher, is now in Florida as a prospect in the Nationals' farm system.

When Zachary Brzykcy left Virginia Tech last year to sign with the Washington Nationals as a non-drafted free agent, at the time he forfeited one more season of college eligibility.

Now that would have been two years, as the NCAA has granted another year of eligibility to college athletes due to the pandemic. But Brzykcy is not looking back - he is eager to begin his minor league career in the Washington system.

"I am happy where I am at right now," he said this week. "We are just trying to pass the COVID year and move forward."

Brzykcy, 21, attended Instructional League with the Nationals last October, then headed home to western North Carolina. He worked out part of the time at nearby Lenoir-Rhyne, a Division II program in Hickory. He worked on his curve and change over the winter.

"It is pretty much consistency with me. The change up is a plus-plus pitch I would say," he said. "The curveball, I had a good bullpen today and I had a good feel for it. Overall consistency" is the key.

One of the pitching instructors in the Washington farm system is Justin Lord, a Florida State product who pitched in the minors for Kansas City and Pittsburgh. Lord was the Single-A pitching coach for Frederick in 2019 in the Baltimore system and one of his starters was Brenan Hanifee, the Turner Ashby graduate.

“I watched him a couple of times in the bullpen. He threw his first intrasquad today,” Lord, who pitched for Lynchburg in 2004 while with the Pirates, said on Friday about the Virginia Tech product. “That was not on my field so I did not see that personally. But he did throw his first intrasquad today. He looks good; he is a strong kid with a good arm. More of the same that I saw in Instructional League last year. We are finally getting a chance to see these guys in games. That is what we have been waiting on; to match them up with hitters and let them do their thing.”

Mark Scialabba, assistant general manager, player development with Washington, said Brzykcy has a "bulldog mentality" on the mound. He finished a team-high 13 games for the Hokies in 2019 and had three saves. In 2020, he appeared in seven games with one save before the season was cut short.

The last time he faced an opposing batter in a real game was with Virginia Tech in March of 2020. The Nationals plan to face the Marlins, Astros and Mets in minor league exhibition games this month on the east coast of Florida before the real season begins.

Away from the field, he is spending time at the hotel watching Netflix and taking online classes as he works to finish his degree at Virginia Tech. "I think I have seven classes left to graduate," he said.

The minor leagues will begin early next month. The rosters have not been announced. The Nationals will field a team in the Gulf Coast League under manager Jake Lowery, a former James Madison catcher.

Some minor league players who don't make a roster will stay in extended spring training in Florida.

"I wish I knew. I have no idea honestly," Brzykcy said of where he may be. "I will work my way up and I will grind it out. I am confident in myself."

Brzykcy was signed by Bobby Myrick, a long-time scout of the Nationals based in Colonial Heights.

Myrick also last year signed Quade Tomlin, an infielder from Lynchburg who turned down a chance to play at Division I Liberty. He is the son of Randy Tomlin, a former pitcher with the Pittsburgh Pirates and a one-time pitching coach in the minors with the Nationals.

Brzykcy's grandfather, Jerry. J. Brooks, played minor league baseball in the 1950s, while aunt Susan Brzycky was an All-American softball player at Canisius in New York and his uncle John Edgemond was a swimmer at UC Davis.

Last year, after he signed, the pitcher worked out in North Carolina with Sam Narron - a former minor league pitcher who starred at East Carolina and is an instructor with the Nationals. Narron was in Florida earlier this year for Major League spring training and is now in Fredericksburg at the alternate site for Washington.

Another former Hokies' player is J.D. Mundy, a first baseman who signed with the Orioles last year as a non-drafted free agent. He ended his college career at Radford after transferring from Virginia Tech.

Former Hokies' teammate Ian Seymour, a pitcher, was taken in the second round in the 2020 draft by Tampa Bay. Carson Taylor, the former catcher for Brzykcy, was drafted by the Dodgers in the fourth round last year out of Virginia Tech.

Brzykcy was not taken in the five rounds of the draft last year but is eager to get started. "We have talked about that" some, he said of his former college teammates after the draft was trimmed due to the pandemic.