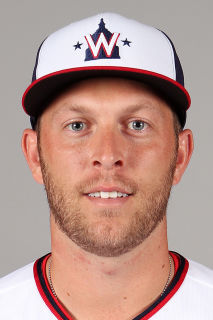 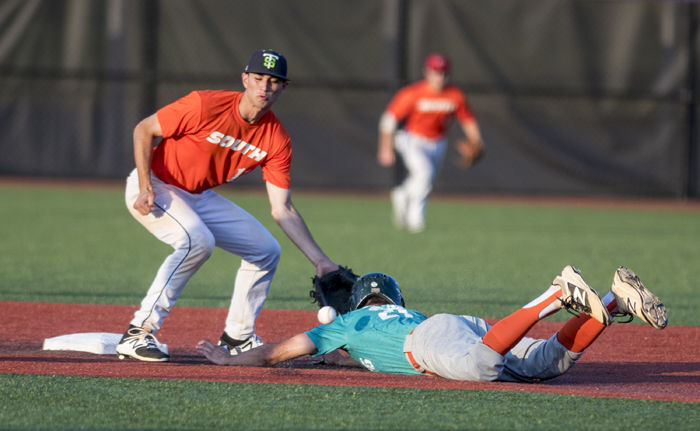 The Valley Baseball League all-star game (above) was held in Harrisonburg in 2019. There was no season last year.

The Valley Baseball League all-star game (above) was held in Harrisonburg in 2019. There was no season last year.

After no Valley Baseball League in 2020 due to the pandemic, commissioner Bruce Alger is hopeful there will be a season this year.

“We are moving ahead with the signing of players. We have approved our schedule for the season. We are moving forward to play and hopeful to do so,” he told the News-Record on Tuesday. “We are planning on that. We are getting ready. Our rosters are filling up with players from all over the country. We are going to be ready if the Governor allows us to.”

“We want to be ready to go if we can just like last year. If we have to put on the brakes and cancel it won’t be because we are not ready,” added Alger, who has been involved many years with the New Market affiliate in the league.

He added with the vaccine available that could help “open things up. It is COVID and it is unpredictable,” he said.

Alger noted the regular January meeting of the board, with all of the officers, was held Thursday via Zoom.

“We want to play baseball. We will be ready if the Governor lets us play. We are still trying to figure all of that out,” Alger said of state guidelines for outdoor events. “We will just have to see what protocols are in place by the state.”

The Valley League has sent dozens of players to the Major Leagues over the past few decades. Just some who were active in 2020 include Will Harris (Staunton) of the Nationals, Brett Gardner (New Market) of the Yankees, Daniel Murphy (Luray) of the Rockies and Jason Kipnis (Covington) of the Cubs.

The Baseball Hall of Fame announced its 2021 results Tuesday and for the first time since 2013, the Baseball Writer’s Association of America did not elect anyone. (Editor’s note: this writer is a member of the BBWAA but doesn’t have Hall of Fame voting status).

Former Orioles’ pitcher Curt Schilling got 71.1 percent of the vote to fall just short of the 75 percent that is needed. On the ballot was Virginia native Billy Wagner, a former closer for several teams and a product of Ferrum. He got 46.4 percent of the vote.

He is now the baseball coach at The Miller School in the Charlottesville area. Among the former players under Wagner is Tanner Morris, a one-time University of Virginia standout who played for Stuarts Draft last year in the Rockingham County Baseball League.

No Joke: Hand To NatsWashington Nationals’ pitcher Kyle McGowin works out in Florida during the off-season and other hurlers at the Cressey Sports Performance Center in Palm Beach Gardens have included Max Scherzer, Patrick Corbin and Brad Hand.

McGowin on Saturday ran into Hand, who had a league-high 16 saves for Cleveland last year before he became a free agent.

“I jokingly said, ‘Why don’t you sign with us?’ The next day I saw he did,” McGowin said Monday. “I have trained with him in the past three years, and he is buying a house here now” in Florida.

The Nationals announced the deal with Hand on Tuesday.

“It thought it would be a good fit for me in the bullpen,” Hand told reporters Tuesday of signing with the Nationals.

Hand is no stranger to Nationals Park. He was a former starter for the Marlins, who are in the National League East along with Washington.

The Nationals announced Friday that Zimmerman signed a one-year deal for the 2021 season. He began his career with Washington in 2005 and figures to see time at first base behind Josh Bell.

“Having Ryan back is huge. He is Mr. National,” McGowin said. “That is the voice of the position players.”

Spring may seem far off after the chilly weather this week. But Bridgewater College is slated to open the baseball season on March 10 at home with Christopher Newport.

EMU is scheduled to host Southern Virginia on Feb. 23 in the first game for the Royals. As of Tuesday morning, JMU had not released its 2021 schedule. The Dukes were 10-6 last season.

The most obvious JMU ties to the Super Bowl are linemen Aaron Stinnie and Josh Wells, who are former Dukes’ standouts now with Tampa Bay. But JMU also has connections to the Chiefs and quarterback Patrick Mahomes.

The father of Mahomes, also named Patrick, was a veteran Major League pitcher for several teams. The elder Mahomes was teammates with Lynchburg native and former JMU catcher Mike Hubbard with the Texas Rangers in 2001. “He was always running around the clubhouse,” Hubbard told the News-Record last year about the younger Mahomes, who turned 6 in 2001 and is now one of the top quarterbacks in the NFL.

Hubbard was the starting catcher when the elder Mahomes got the win at the Chicago White Sox in May, 2001. That would be the third-to-last game in the Major League career of Hubbard, who was drafted by the Cubs out of JMU. In his last game, on June 13, 2001, Hubbard saw action at catcher while former JMU pitcher Mike Venafro threw out of the bullpen for the Rangers.

The Mid-Atlantic Sports Network (MASN), which has covered the Orioles and Nationals for several years, announced changes in its broadcast coverage Monday.

MASN announced that changes will be made to the pre- and post-game shows for the Nationals and that Bo Porter, Dan Kolko and Alex Chappell will no longer be part of the production.

Porter is a former coach for the Nationals and was the manager of Houston in 2013-14. Kolko has been part of MASN for several years in different roles while Chappell, who grew up in McLean, became a field reporter for the World Series run in 2019 and then last season.

“Incredible few years covering @Nationals for MASN,” Chappell wrote on social media. “2019 was filled with so many special moments & memories. Thankful for my time & most thankful for the people. #Nats fans are the best fans!”

The broadcasting team of Bob Carpenter and F.P. Santangelo will remain the same. Santangelo played for several teams in the majors, including Montreal — which moved to Washington in time for the 2005 season.

MASN also announced its broadcast team for coverage of the Orioles. Among veteran broadcasters who won’t return are Gary Thorne and Jim Hunter.

Geoff Arnold will return for his second year with radio and MASN in 2021, as will Melanie Newman, with Orioles’ coverage.

Arnold was the radio voice of the Single-A Frederick Keys in 2019 when Turner Ashby graduate Brenan Hanifee was a starting pitcher for the club. Newman was part of the radio coverage for Single-A Salem in 2019. Salem and Frederick are both part of the Carolina League.

The Orioles announced Tuesday that Ron Johnson, former minor-league manager with Triple-A Norfolk, died of COVID-19 at the age of 64.