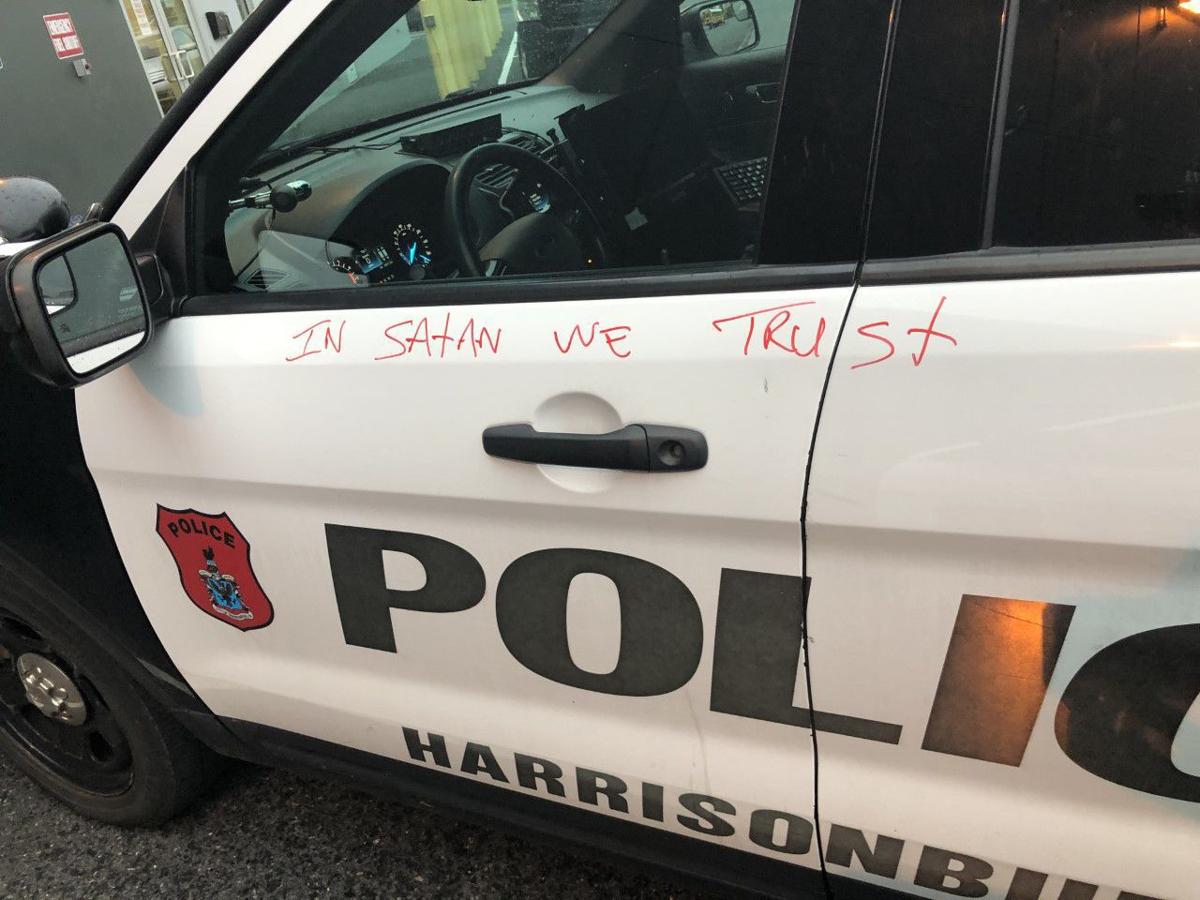 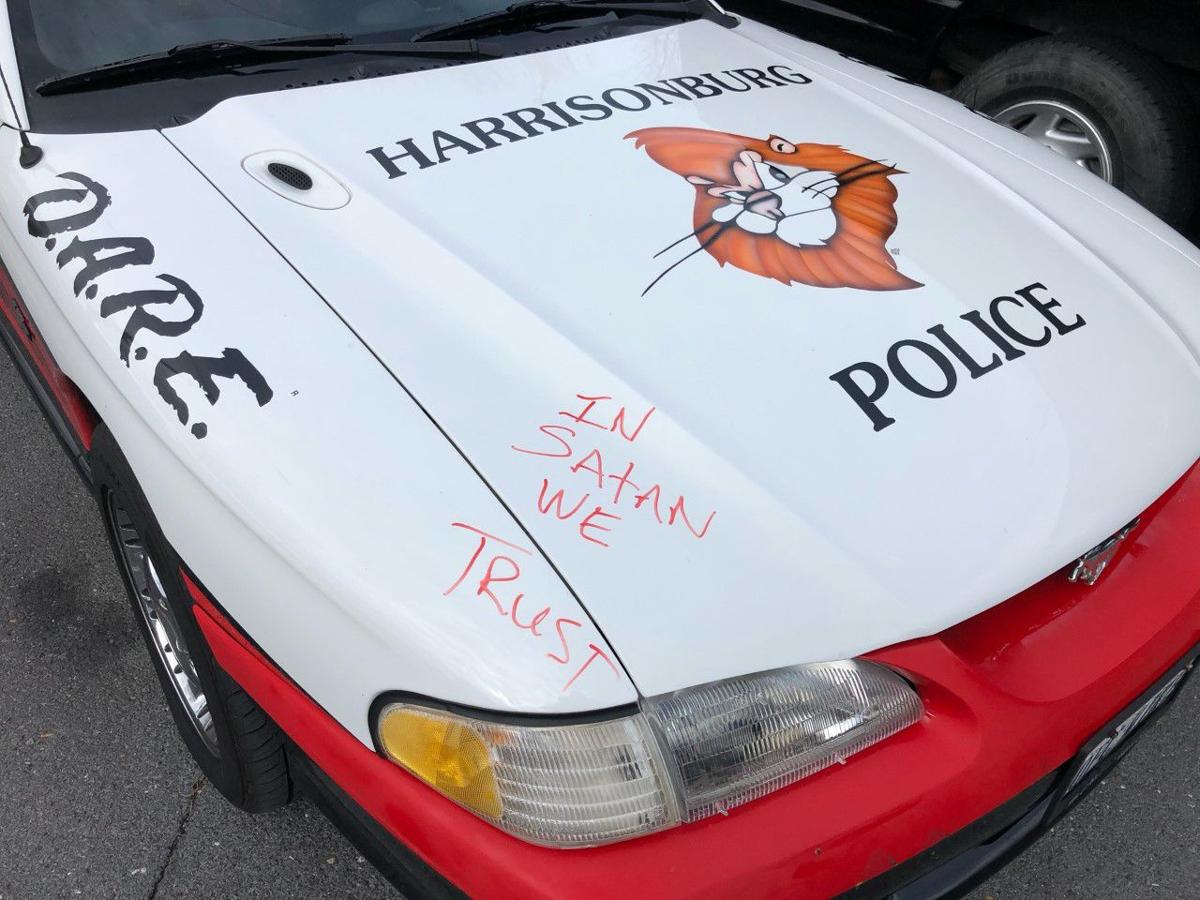 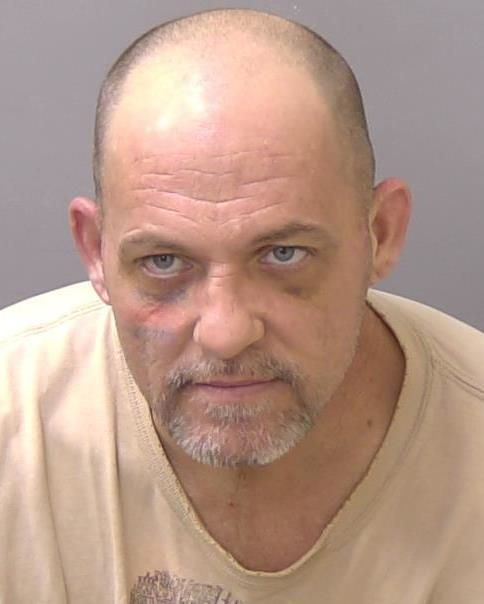 Christopher Parlette, 45, of Harrisonburg, is charged with felony property damage. He is also charged with misdemeanor carrying a concealed weapon.

However, court staff said he was unfit to appear in front of a judge. He is now scheduled to appear in court today.

The investigation into Parlette began about 9 p.m. Sunday when a Harrisonburg officer noticed his police car was vandalized with a red marker.

He saw someone had written “In Satan We Trust” on the vehicle.

The officer then observed several other vehicles in the parking lot, located between West Elizabeth and West Wolfe streets in downtown Harrisonburg, had been vandalized.

The crime was captured on video surveillance. The footage, police say, helped them identify Parlette as a suspect. He was arrested a short time later.

Several police agencies in the Shenandoah Valley, including the Page County Sheriff’s Office, have added decals in recent years that state “In God We Trust.” Harrisonburg’s vehicles don’t include the phrase.

Parlette was previously convicted in Harrisonburg of public intoxication and impeding traffic as a pedestrian in 2018.

He is being held at the Rockingham County Jail without bond.