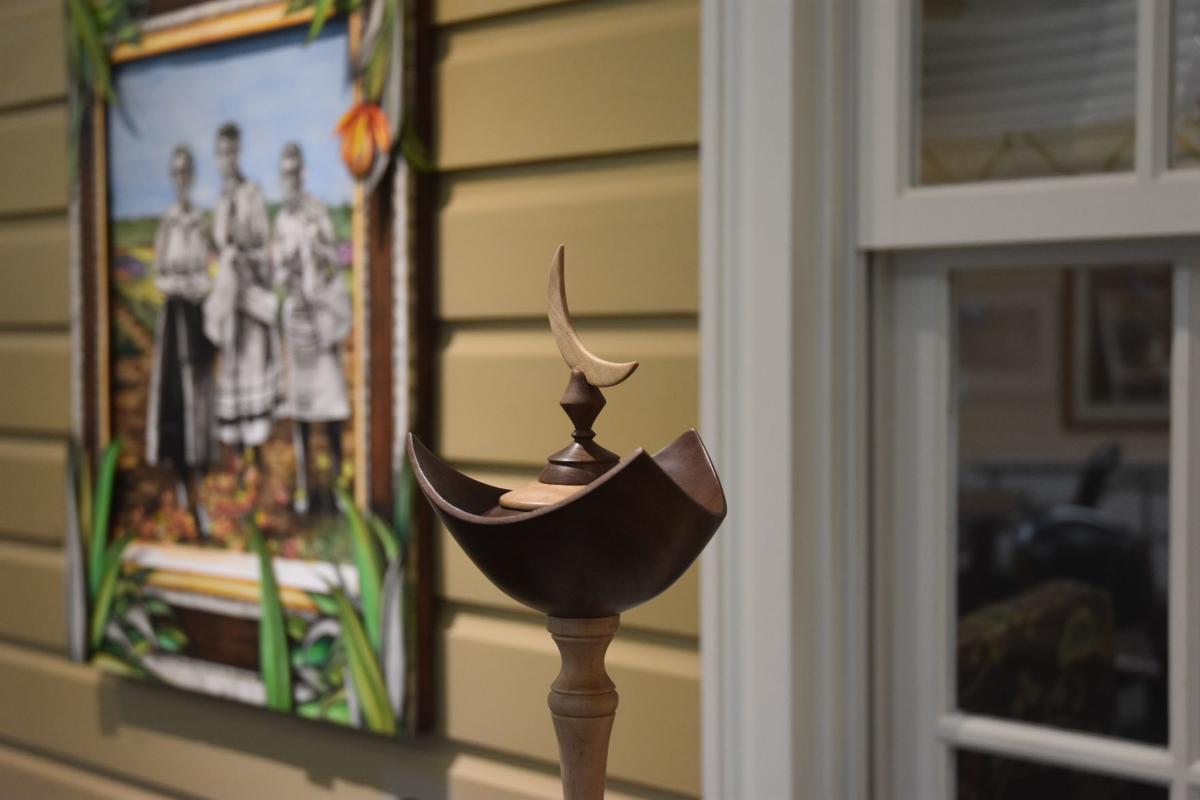 A wood sculpture called "The Sky is the Limit" by Mark Heatwole of Annandale, Virginia that is featured in Virginia Mennonite Retirement Community's 16th annual National Juried Art Exhibition. 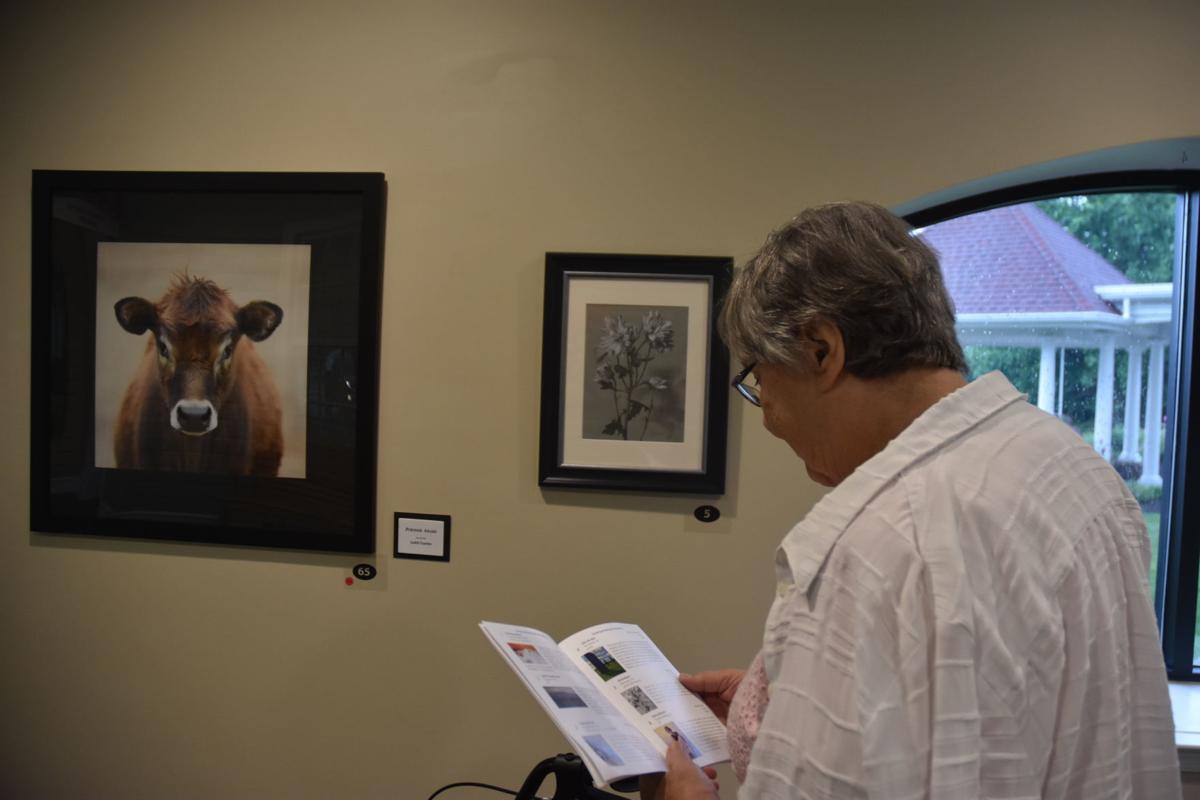 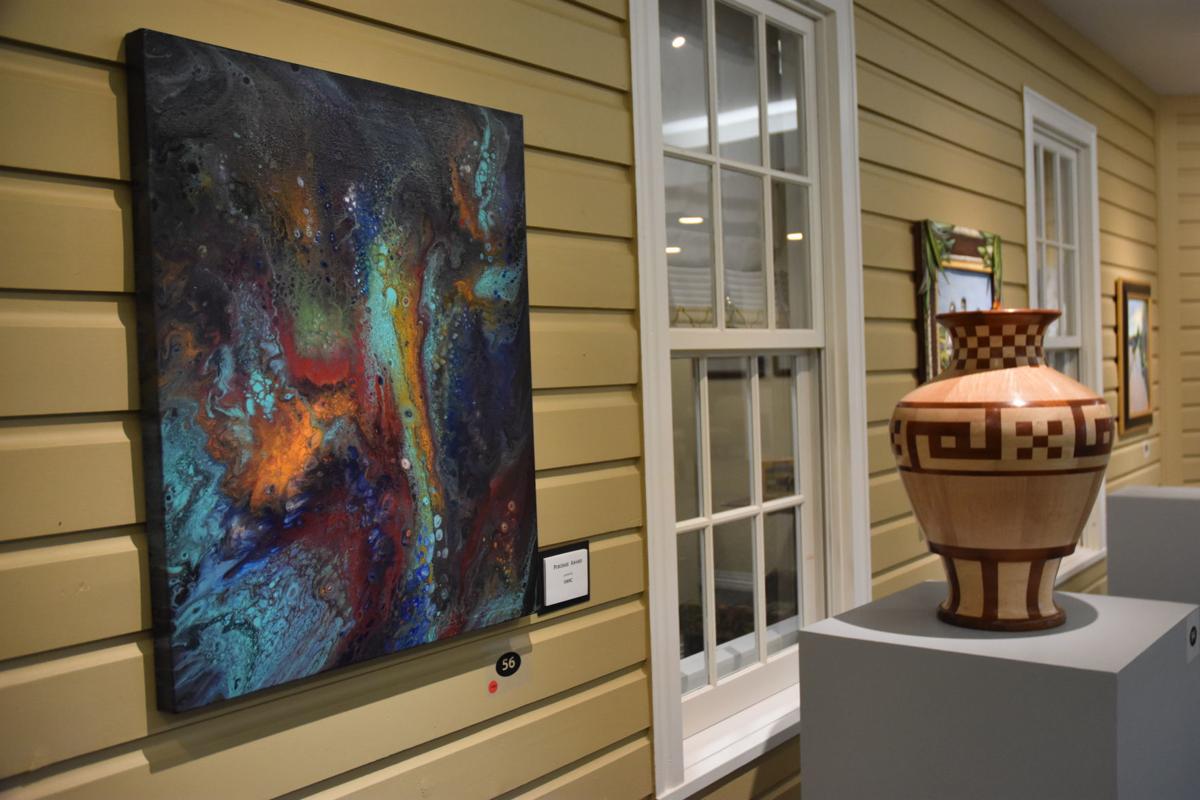 A wood sculpture called "The Sky is the Limit" by Mark Heatwole of Annandale, Virginia that is featured in Virginia Mennonite Retirement Community's 16th annual National Juried Art Exhibition.

“We had 529 works of art submitted by 190 artists,” said Anne Pauley, the exhibition director at VMRC.

The artwork, which is on display in the gallery until June 30, was selected by three jurors: Cyndi Gusler, Eric Kniss and Dietrich Maune. Gusler is a professor of art and chair of Eastern Mennonite University’s Department of Visual and Communication Arts. Kniss is an assistant professor of art at Bridgewater College and Maune is a professor and associate dean of James Madison University’s College of Arts and Letters.

The jurors made their selections based on “mastery of design, technique, creativity and conceptual design,” according to Pauley.

“Two thirds have previously been in this exhibition and one third it is the first time their art has been selected,” said Maureen Pearson, VMRC’s director of public relations and outreach.

The National Juried Art Exhibition began in 2004 as part of the retirement community’s 50th anniversary celebration.

In the exhibition’s 16 years, only artwork from five U.S. states has not been represented.

“It truly is a national show when you look at the states that the artists come from,” Pearson said. “It’s pretty impressive.”

The unique aspect of the VMRC’s juried exhibition is that they do not charge commission on artwork sales. Instead, all of the proceeds from sold pieces go directly to the artists, which Pearson said is unusual in the art world.

Pauley said the National Juried Art Exhibition has become an event that VMRC residents anticipate to each year.

“I’m told there are many studies that document that original art is very good for people in the aging process,” she said. “It encourages conversation, it encourages experiencing new things — all of the art that is exhibited has been created within the last two years. … It’s easy to live in a cocoon here and regress back to the old days when, and this is an opportunity to see something new and cutting edge.”

Pearson said the exhibition and Park Gables Gallery in general are part of VMRC’s mission to provide a space for people of all ages to gather and challenge themselves intellectually by exploring art.

“It enhances what our vision is for the campus in being a hub to bring people to the campus to enjoy the arts because it’s a community gathering space that enhances the social and intellectual aspects of wellness,” Pearson said. “It offers an opportunity for generations to gather and have thought exchange. … not just for the residents who live here but for others in our community.”

Pauley is a mathematician by training. She said art has opened up new doors for her on a personal level.

“To me, art speaks a language of its own,” Pauley said. “There are things you simply cannot say that you can express through art.”

VMRC will present this year’s awards on Sunday in the Hartman Dining Room in the Park Gables building. A reception will begin at 2 p.m., followed by the awards ceremony at 3 p.m.

There will be 18 different awards presented during the ceremony in categories that include Best in Show, Best in Division, Popular Choice, Juror Choice and Honorable Mention, as well as the Art Exhibition Volunteers’ Choice Award, which was added this year. Each award comes with a monetary prize.

Park Gables Gallery is open to the public daily from 10 a.m. to 5 p.m.